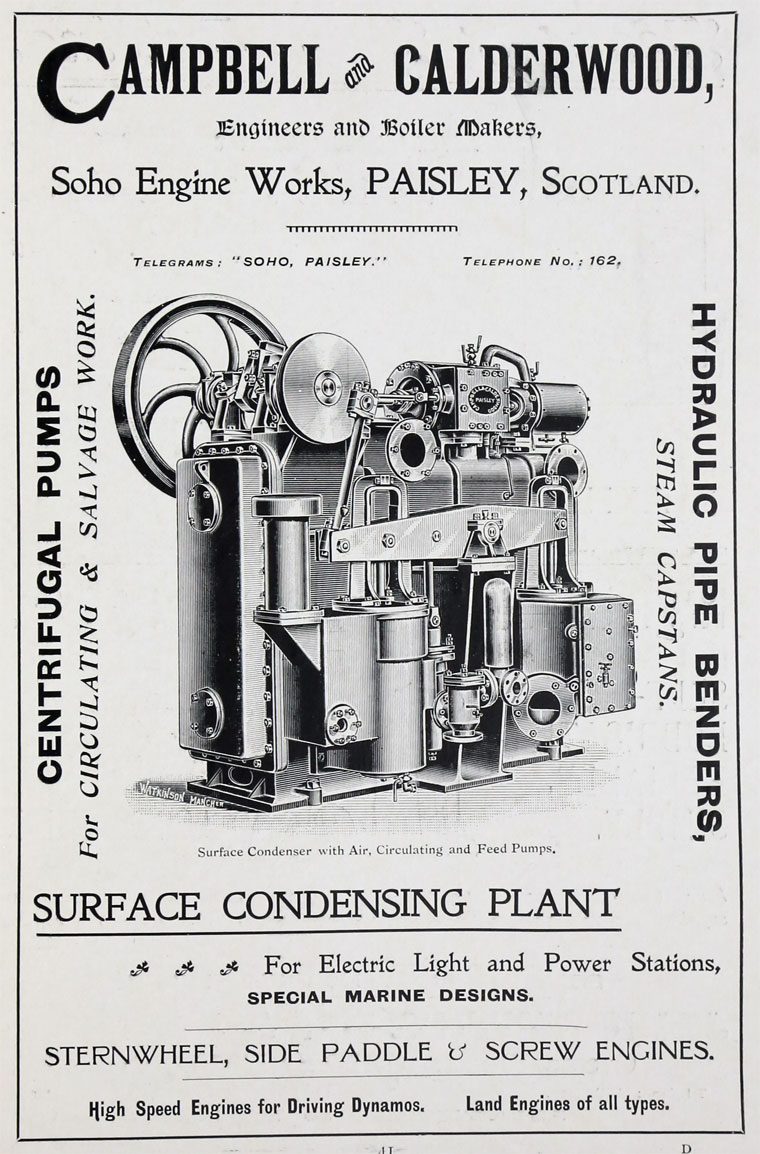 1920 Campbell and Calderwood Limited, engineers and shipbuilders, was incorporated with a capital of £50,000.[2]

1931 The company amalgamated with McKie and Baxter, with production being concentrated in Paisley.