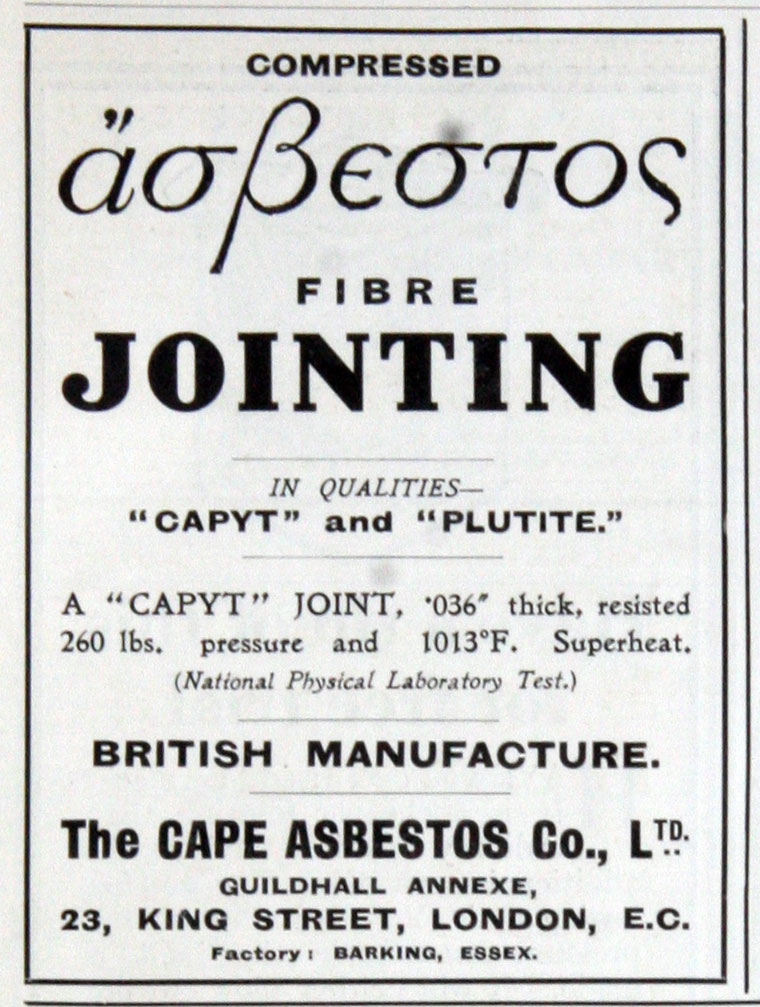 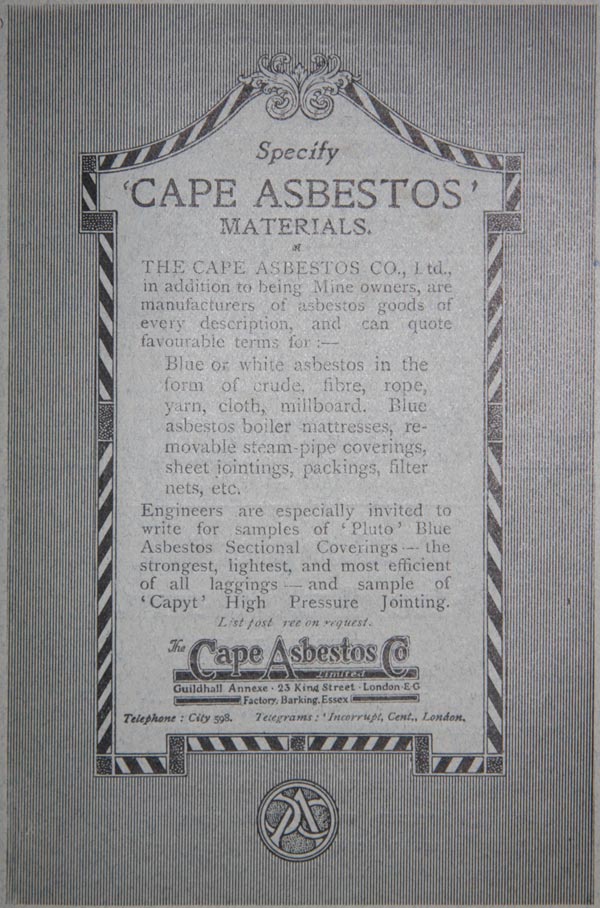 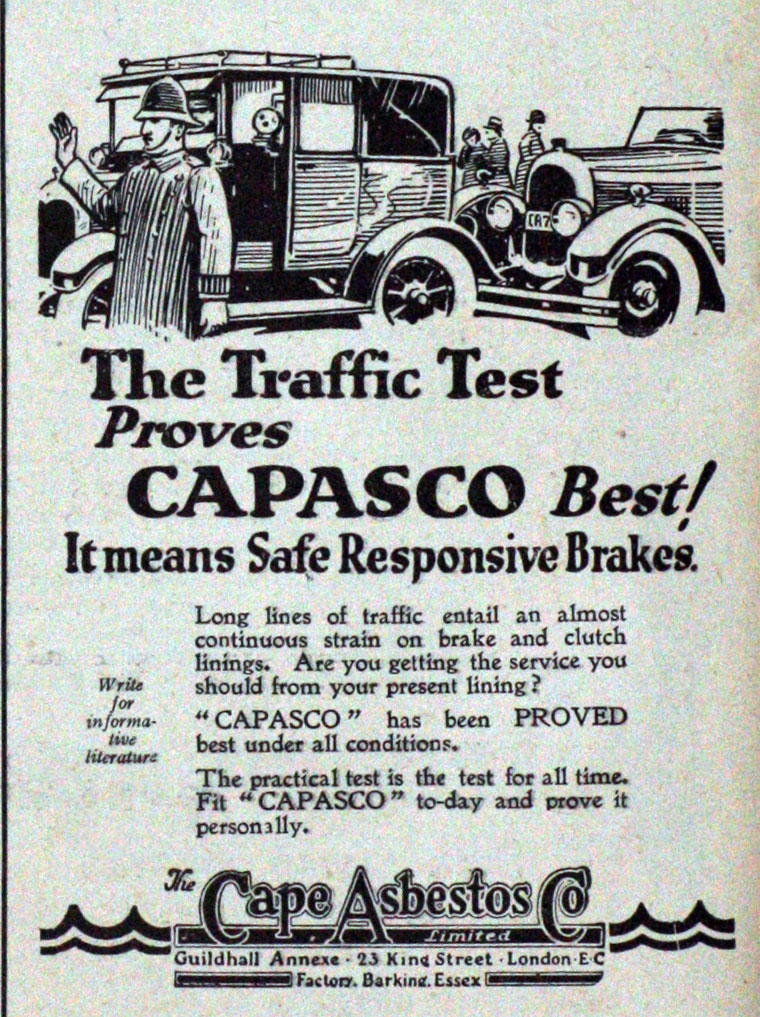 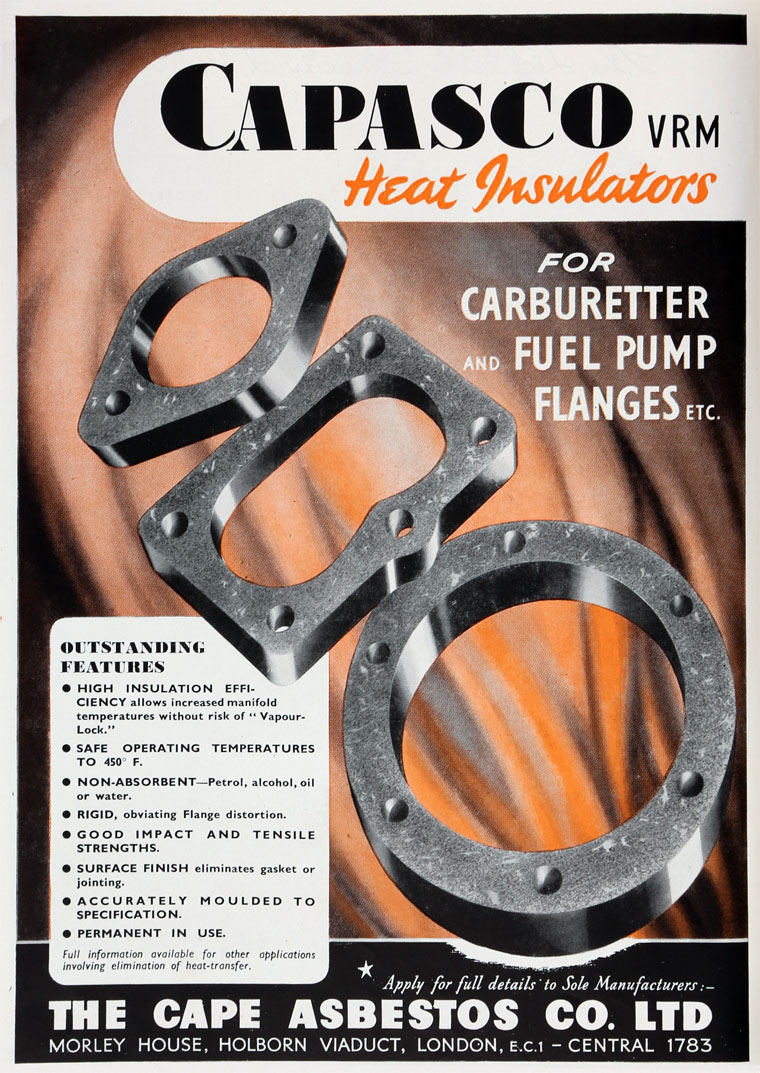 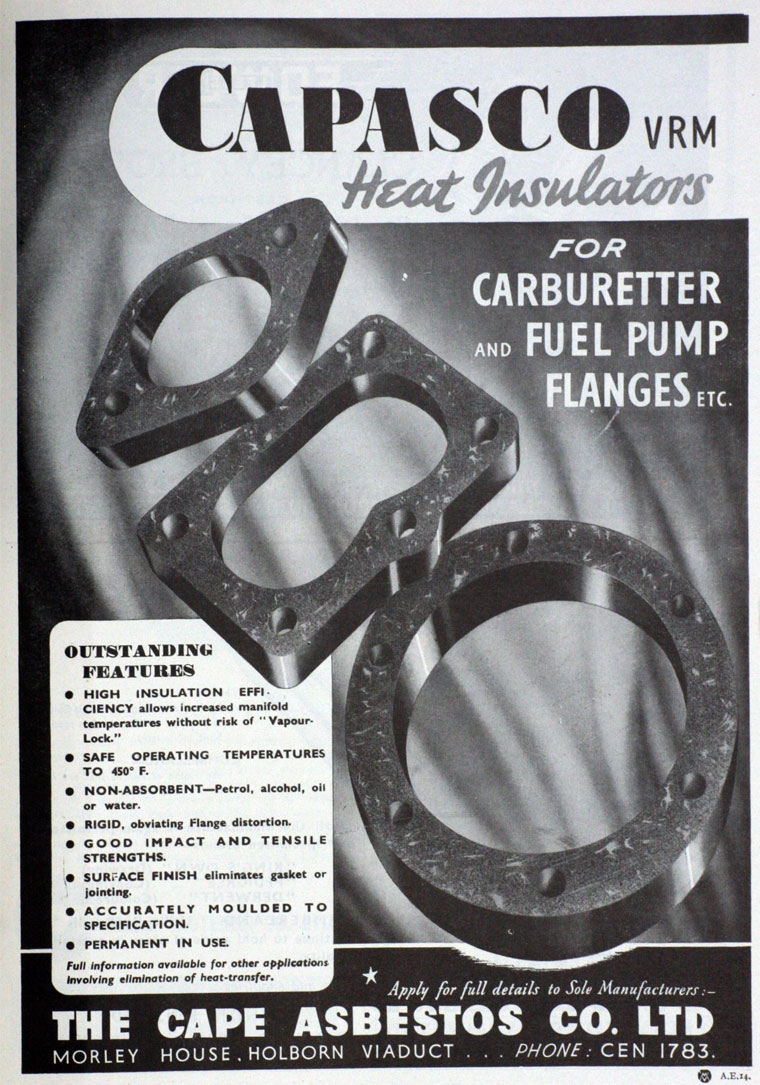 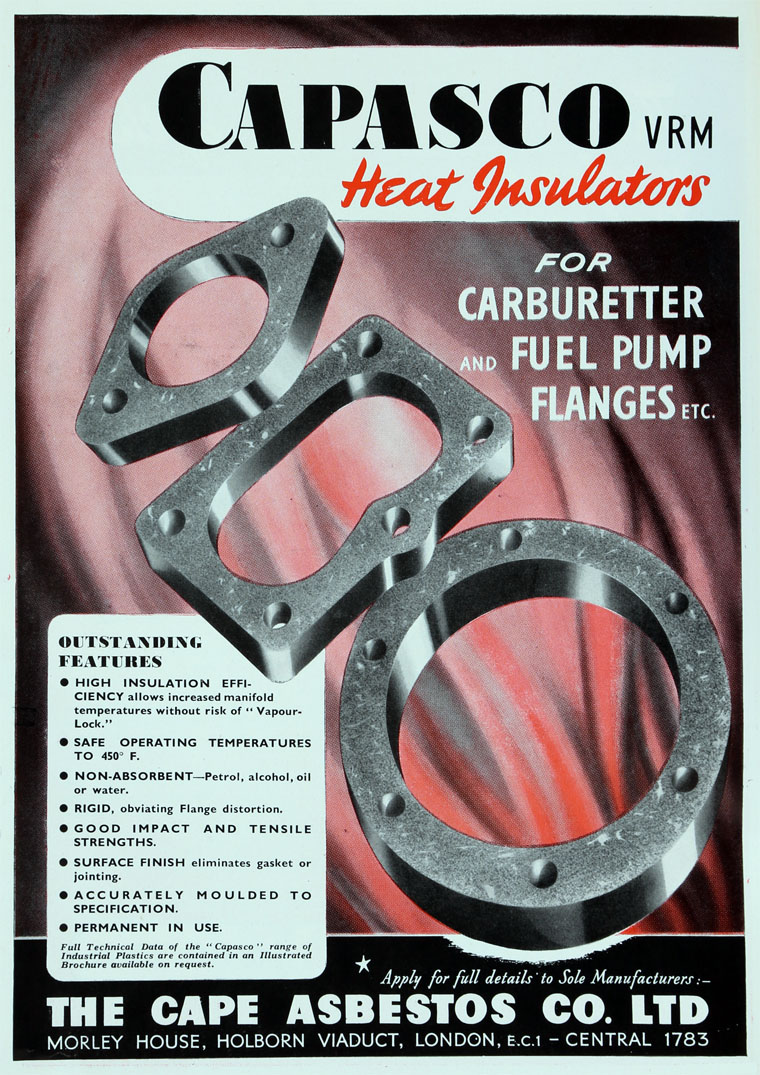 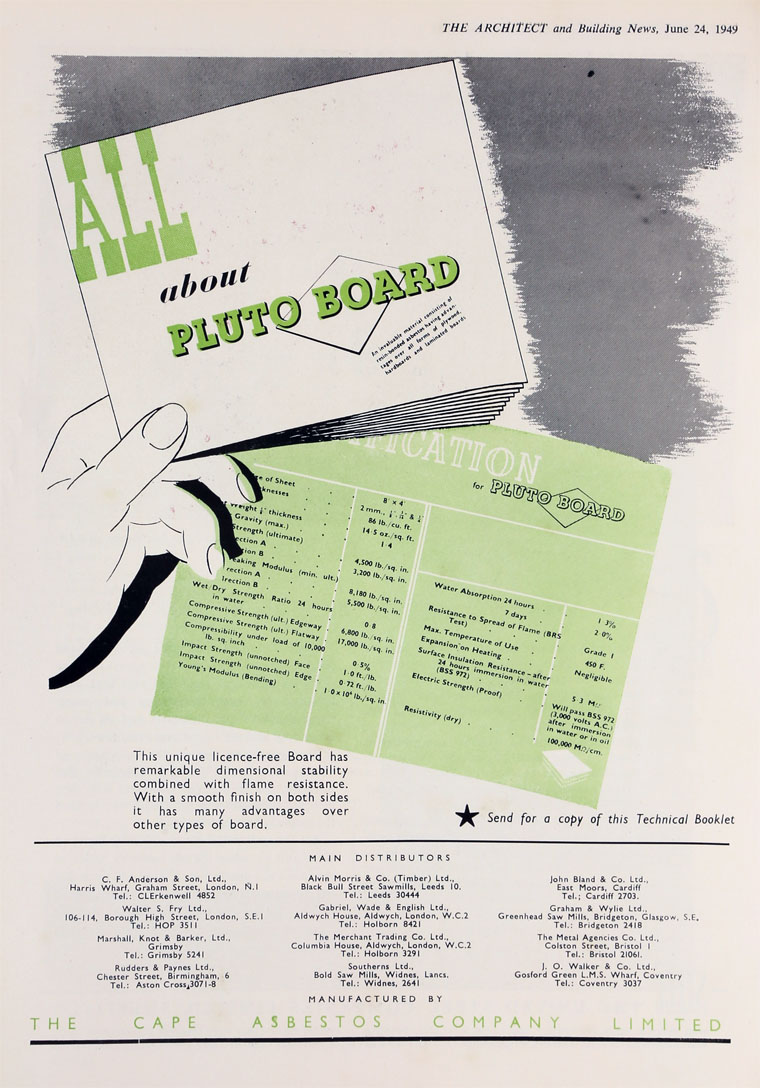 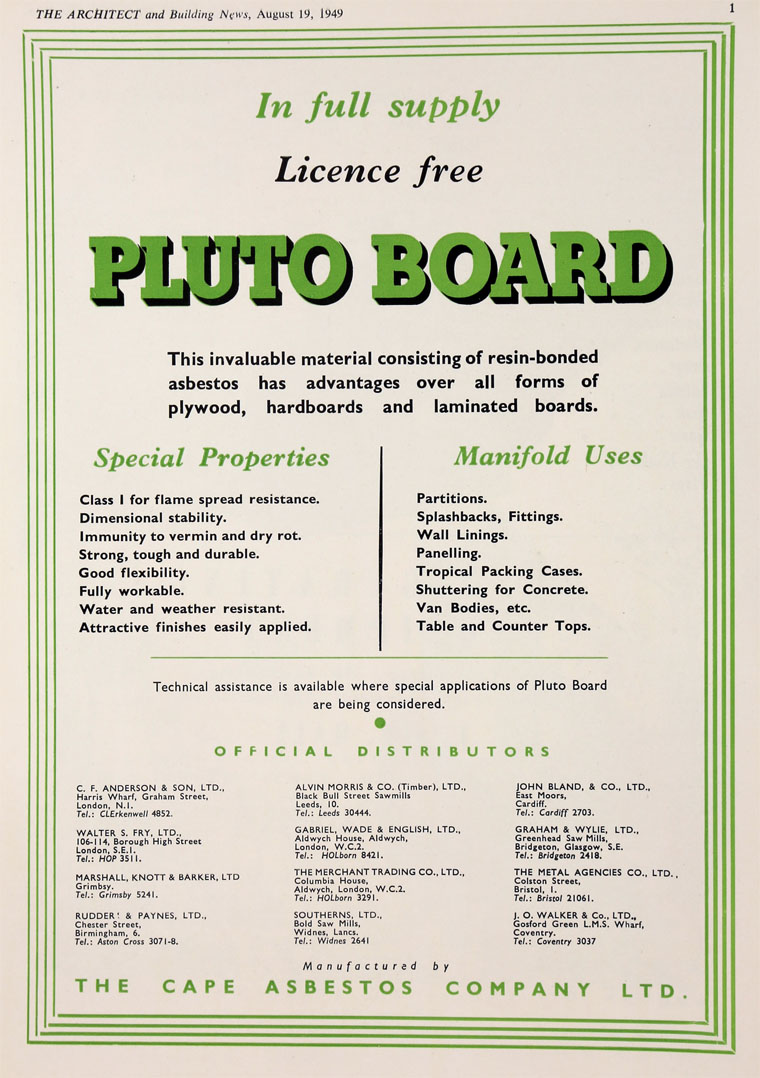 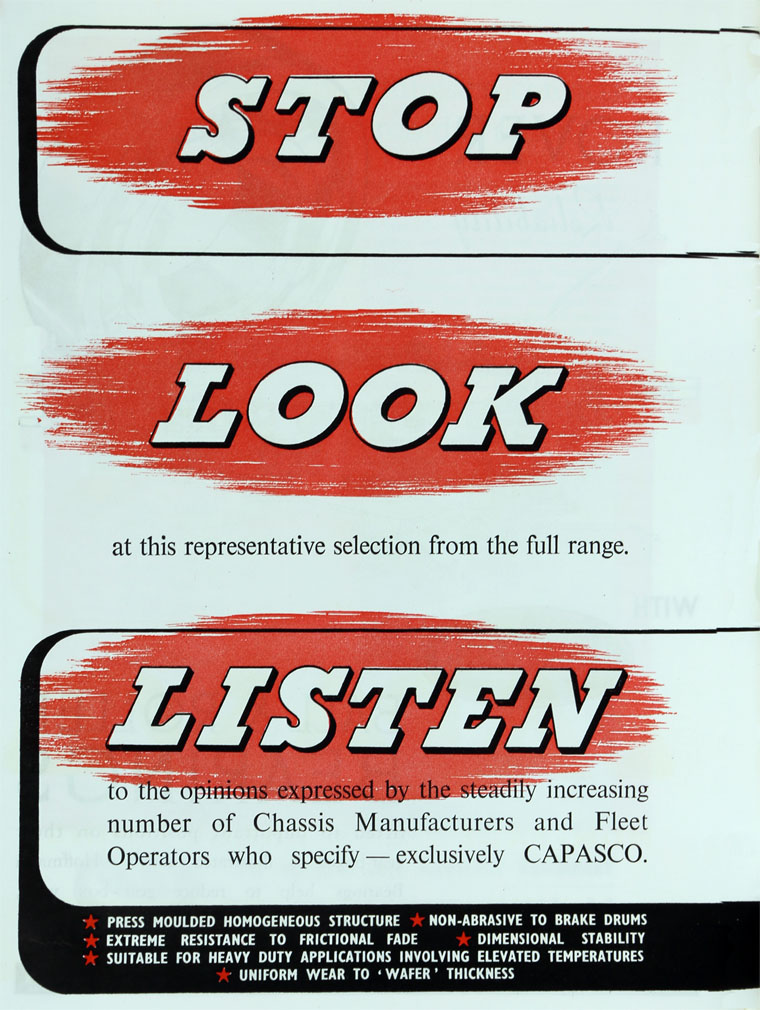 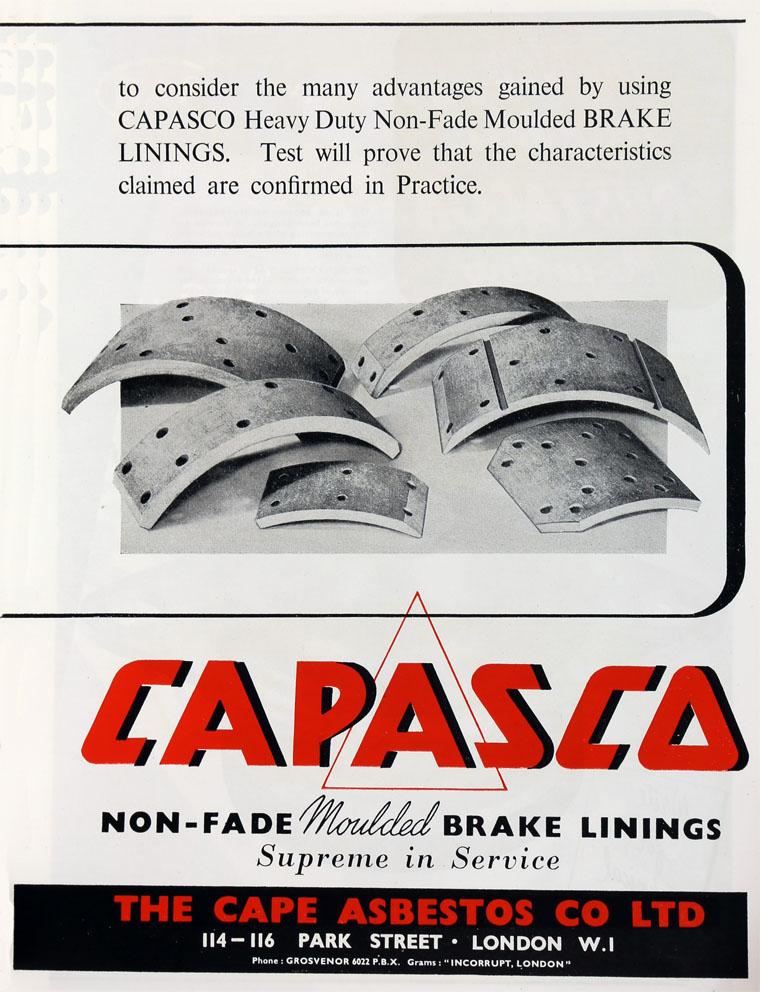 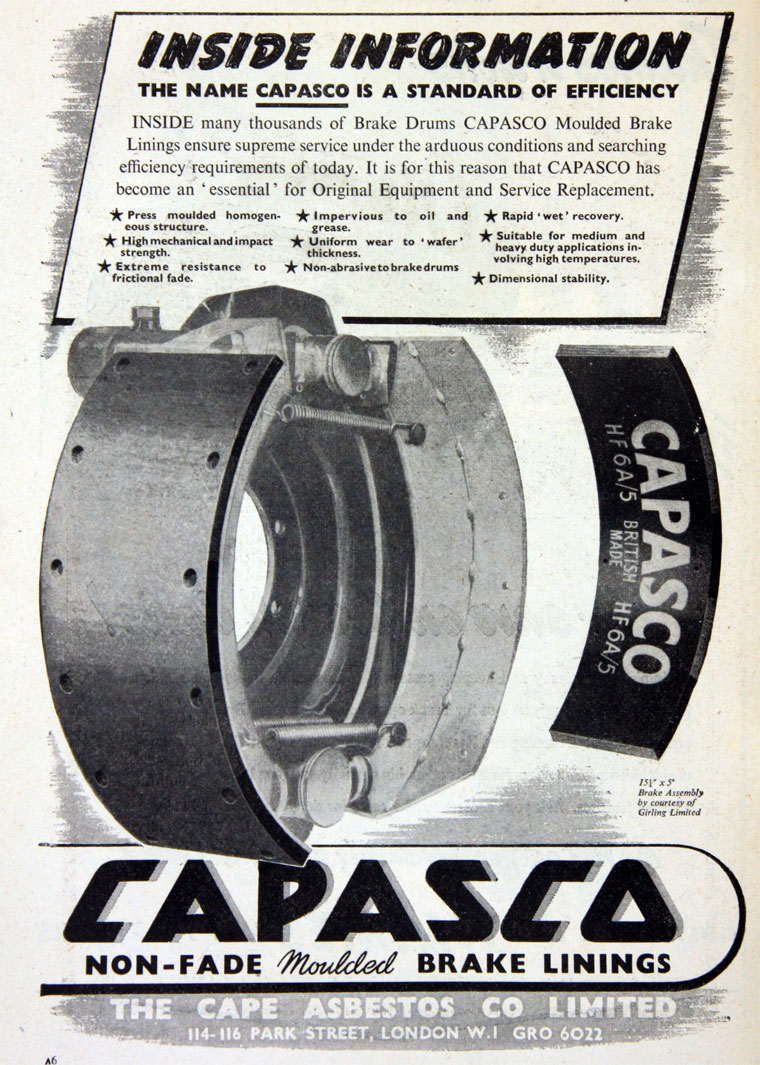 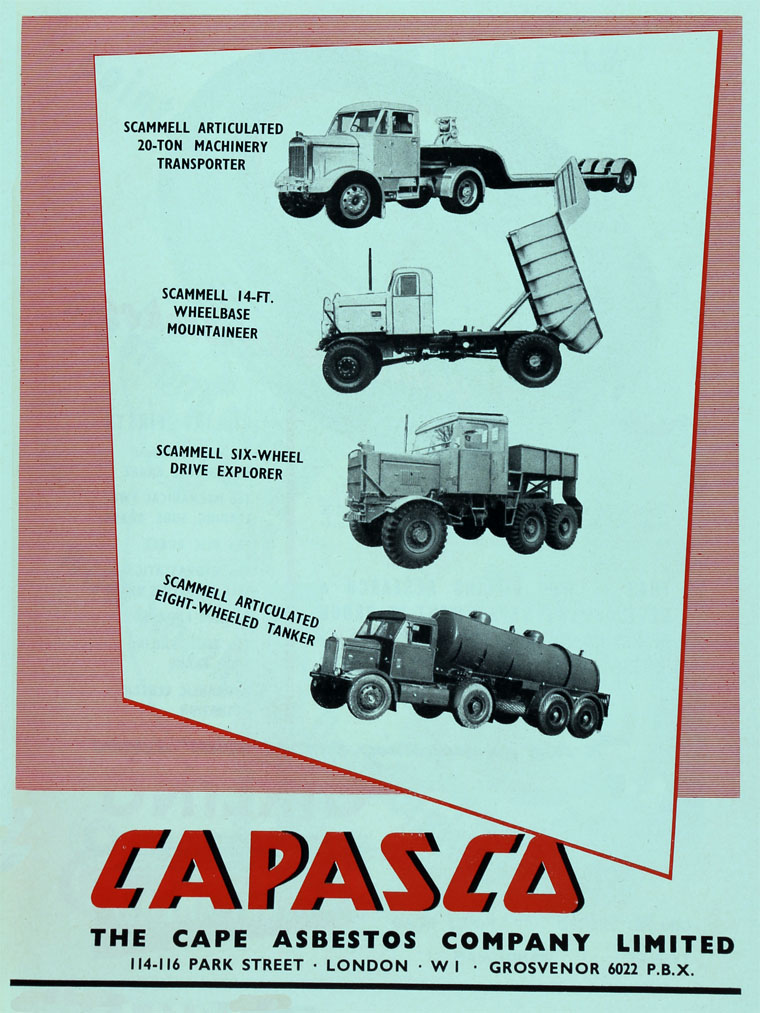 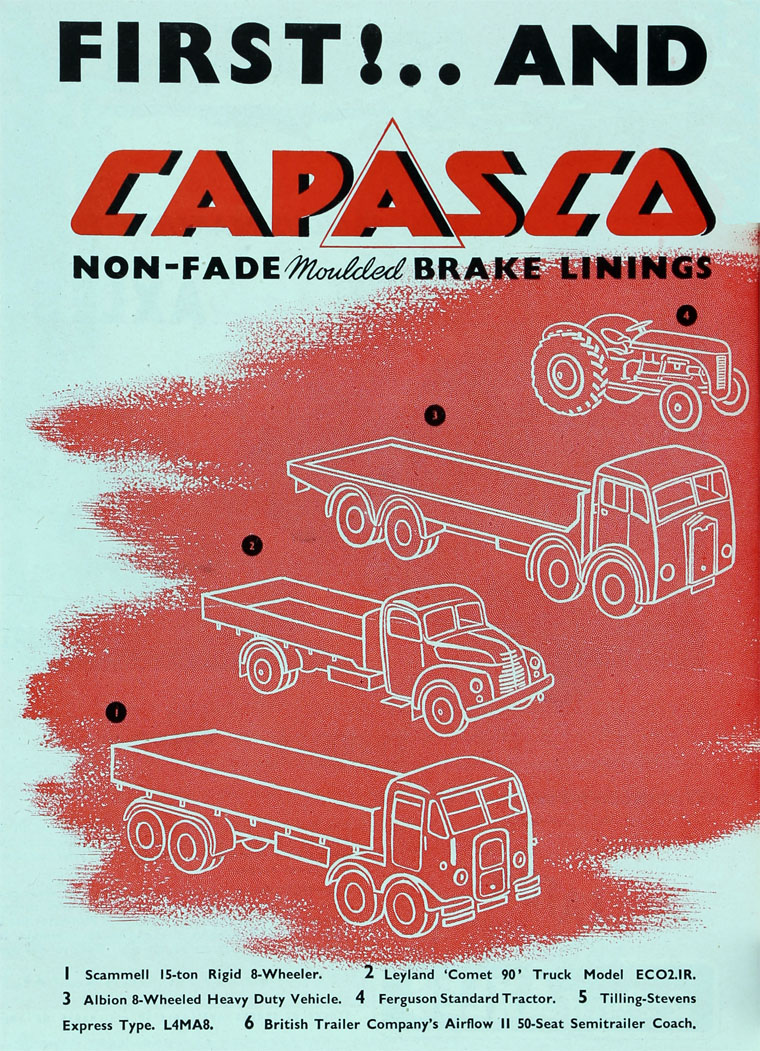 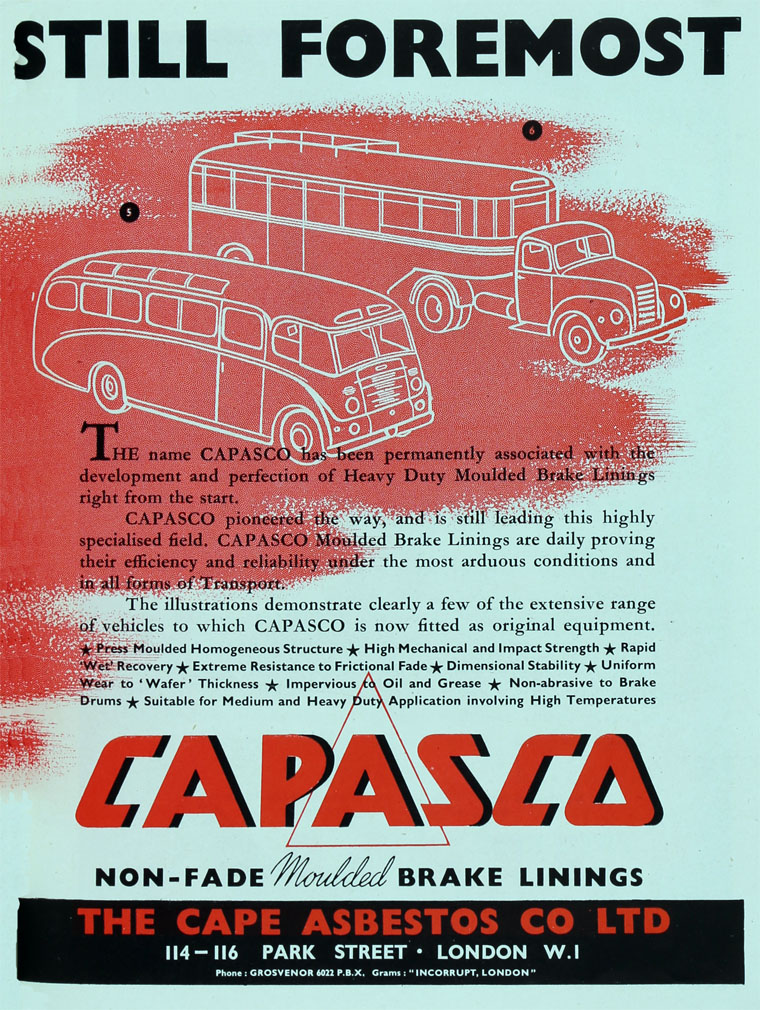 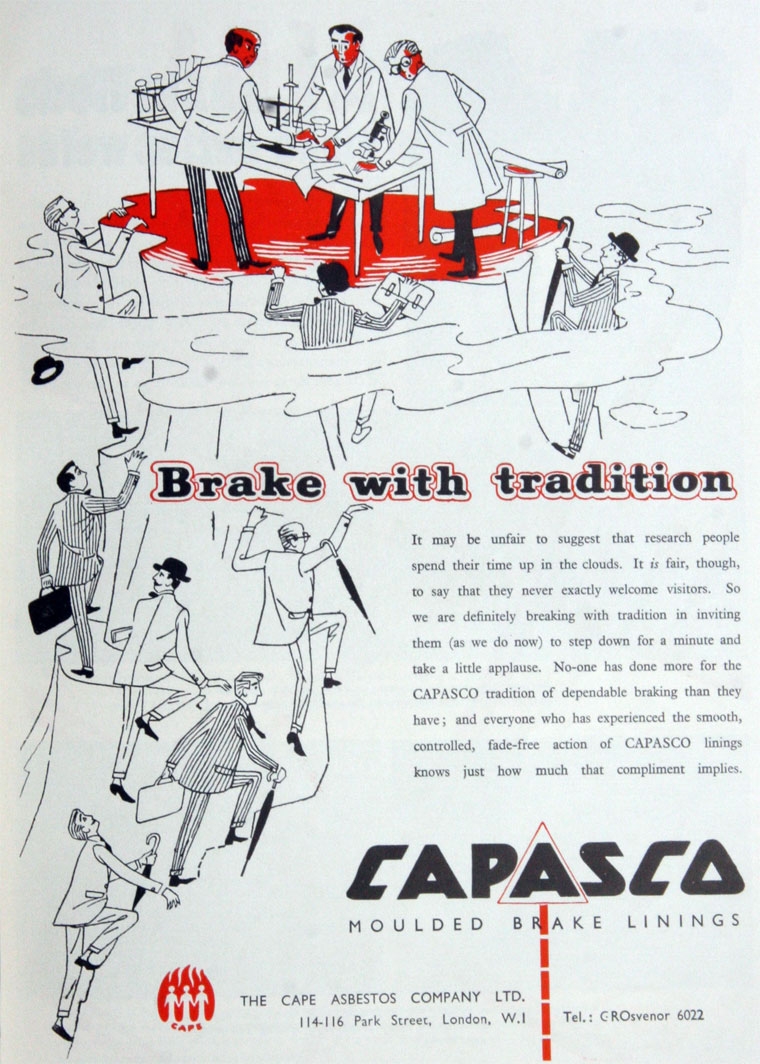 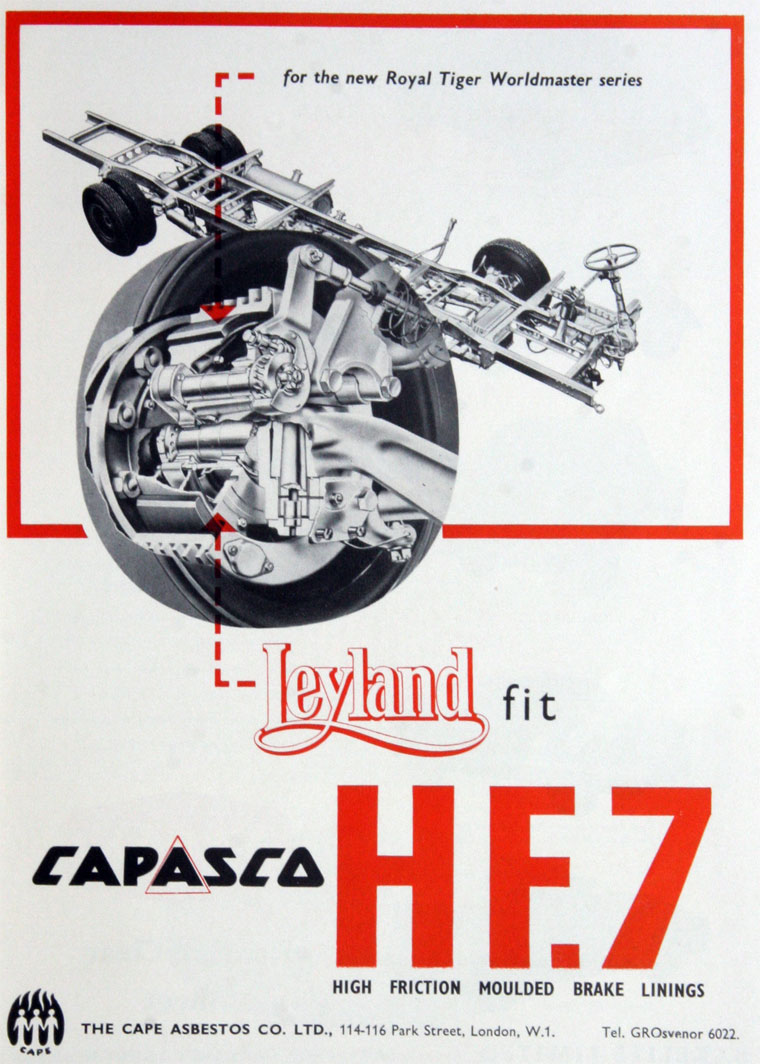 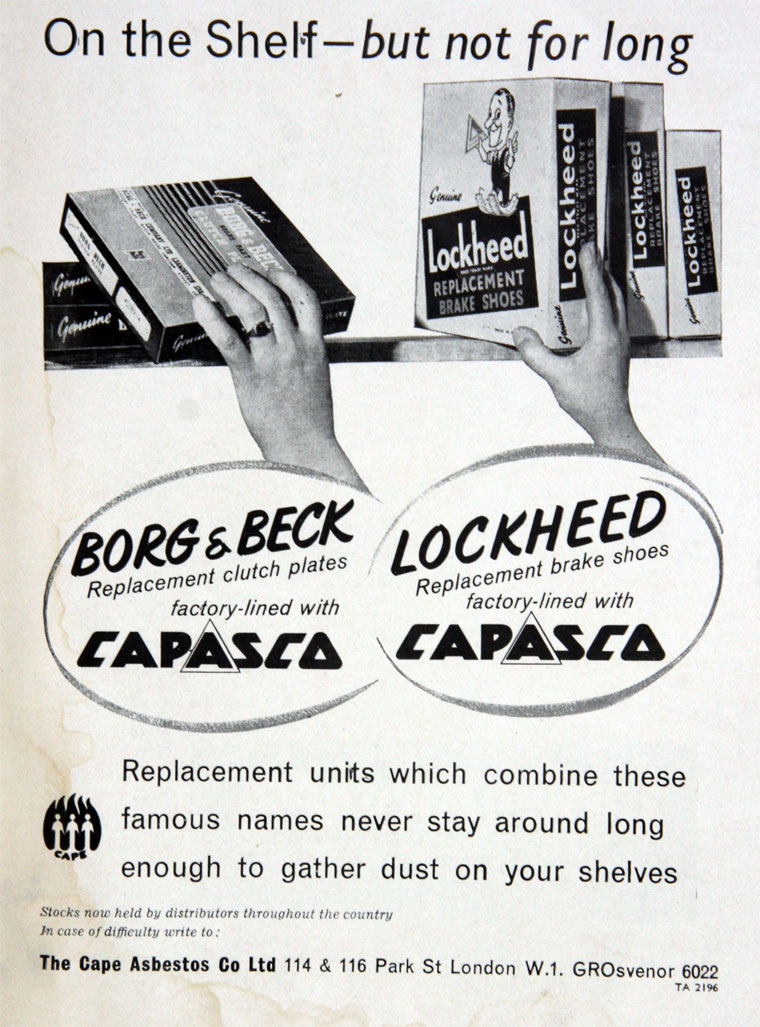 1893 The company was registered on 28 December, to acquire an asbestos property in South Africa, with manufacturing premises in London, Turin, Laval and Hamburg. [1]. Mining interests in amosite and crocidolite asbestos.

By 1897 Cape was producing textiles, millboard, steam packings, ropes and cordage in the United Kingdom, France and Italy, using Canadian chrysotile fibres as well as fibres from its own mines.

After 1910, capital was raised to pay off debts and a new factory was built at Barking

Post-war: Cape learnt to spin amosite fibres for use in steam insulation applications.

WWII Developed a new type of moulded brake lining, sold under the Capasco brand after the War.

1942 US Navy adopted amosite insulation, stretching the resources of Cape's amosite mines. The Barking factory made gas filters for respirators, insulation materials including a new fireproof resinated lining board (Pluto board) for warships, brake linings for armoured vehicles, and fireproof clothing. A second factory was acquired at Hebden Bridge to make gas filters and, later, millboard and some pre-formed insulation materials. Cape also acquired Kentmere Diatomite Co Ltd, owner of the only known deposit of diatomaceous earth in England.

1952 Joined with Johns-Manville Corporation of New York to form Marinite Ltd for the manufacture in UK of a monolithic asbestos fireproof board which could be made into various shapes. Cape holds 53%.

Mid-1950s Decline in market for asbestos-based insulants for non-structural applications led Cape to develop alternatives based on rockwool.

1960s the company expanded in friction materials by the acquisition of two established manufacturers.

1960 Cape acquired Small and Parkes Ltd, makers of brake and clutch linings, which had some OEM business but was hindered by lack of capital. The technical department was strengthened and investment to increase capacity to attract OEMs.

1963 Manufacture of friction materials within Cape was concentrated at Small and Parkes's Manchester factory.

1968 Cape Universal Building Products Ltd was formed to merge the operations of Universal with the production of Asbestolux.

1969 Cape acquired the Trist, Draper group of companies, manufacturers of friction materials, parts for automatic transmission and asbestos yarns and lagging, to extend Cape's friction materials and to obtain access to railway markets as a subsidiary of Trist, Draper, Transport Brakes Ltd, made railway brake blocks. The acquisition also gave Cape a stake in the market for components for automatic transmissions. Another Trist, Draper subsidiary, English Asbestos Co Ltd, was partly owned by BBA Group.