Difference between revisions of "Clark and Standfield" 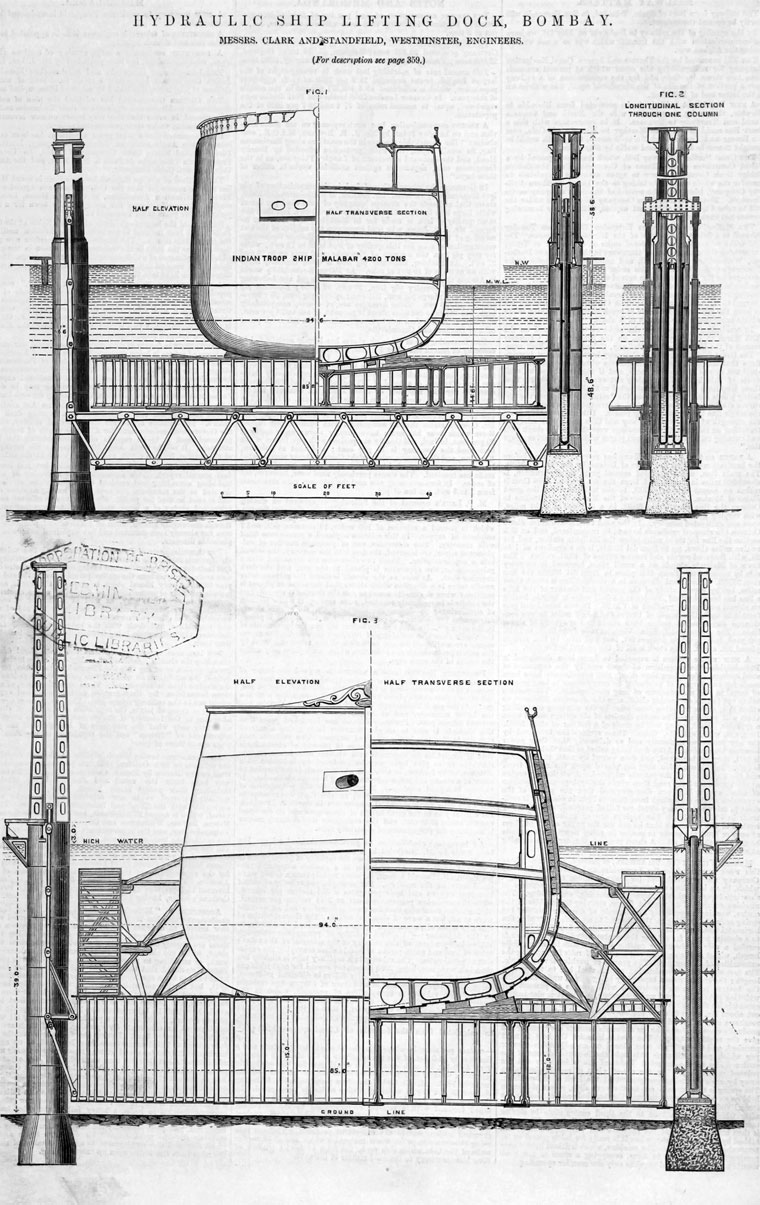 Messrs. Clark and Standfield devoted themselves particularly to the study and improvement of floating-docks and hydraulic canal-lifts, and invented several novelties in connection with that branch of engineering. The most important of those inventions were :-

An account of the Nicolaieff Dock was presented by Mr. Clark to the Institution of Naval Architects in 1876.

Further examples of floating docks constructed by Messrs. Clark and Standfield include those at Hamburg and North Shields, and the large floating docks, for Havana and Stettin, of 10,000 tons and 11,000 tons lifting power, the former of which was successfully towed over 6,000 miles across the Atlantic Ocean.

1918 Designed a floating dock of 30,000 tons capacity, in association with Swan, Hunter and Wigham Richardson, for the Russian Admiralty. Built by the Russian Shipbuilding Co of Nicolaieff. This was the second example destined for use on the Black Sea, the first, of about 6000 tons being constructed in 1875-8 under the supervision of Lyonel Clark.[1]

By 1947, Ernest Salmon was the sole director