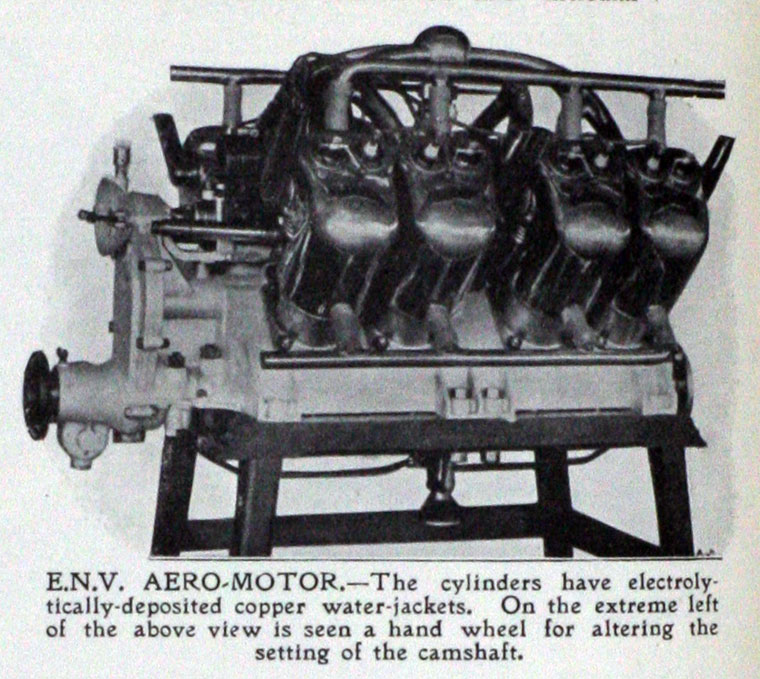 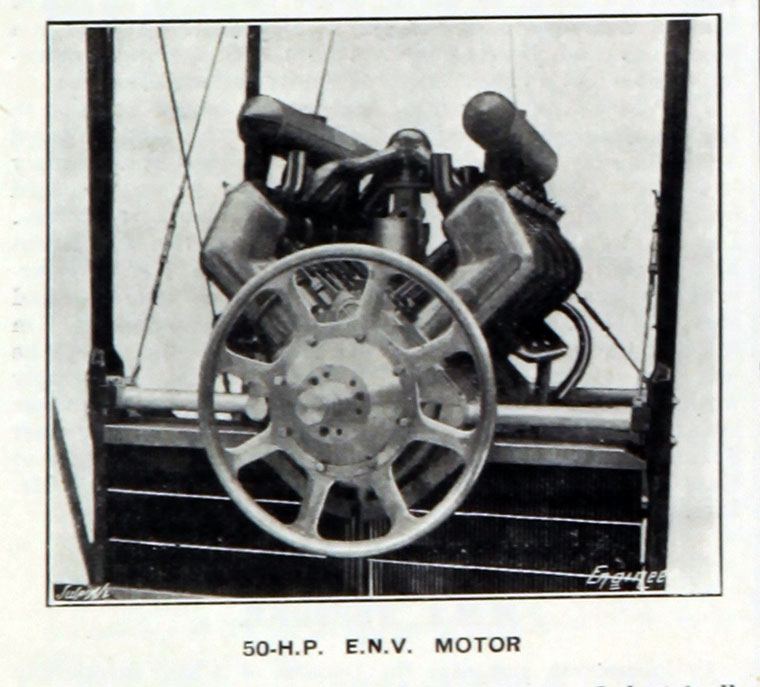 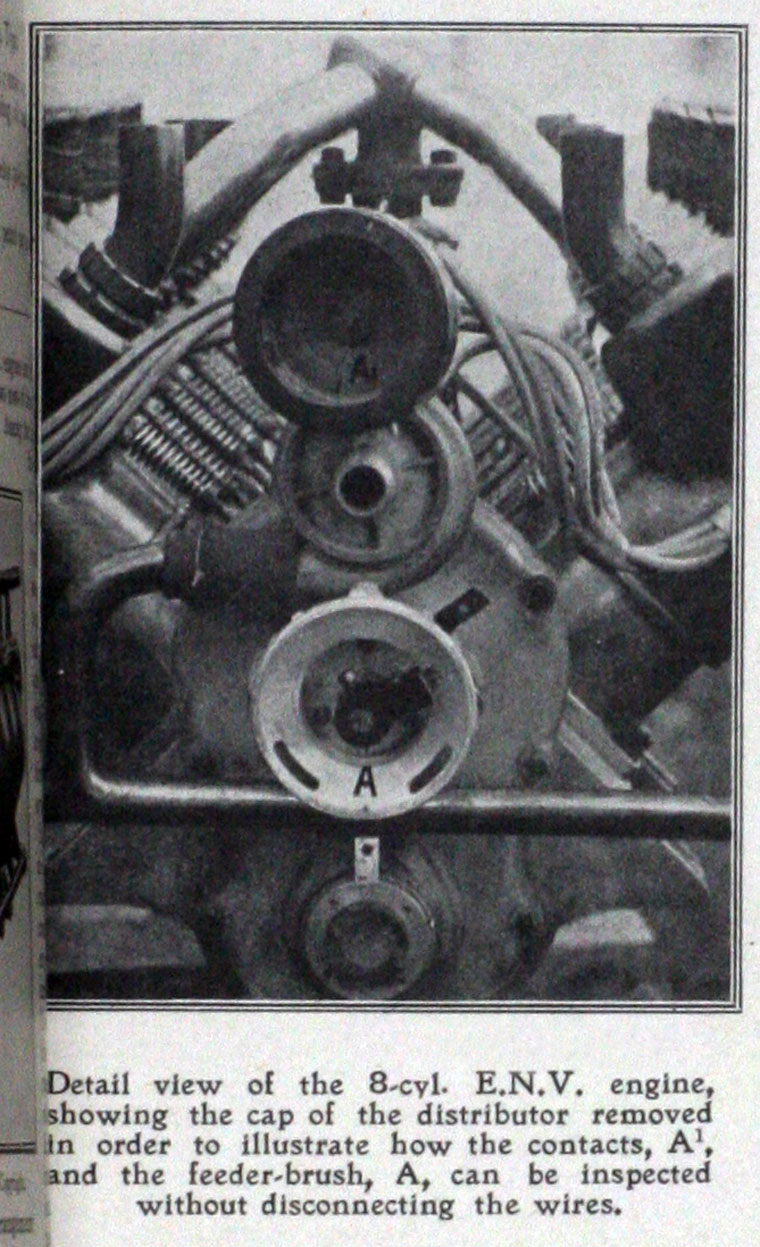 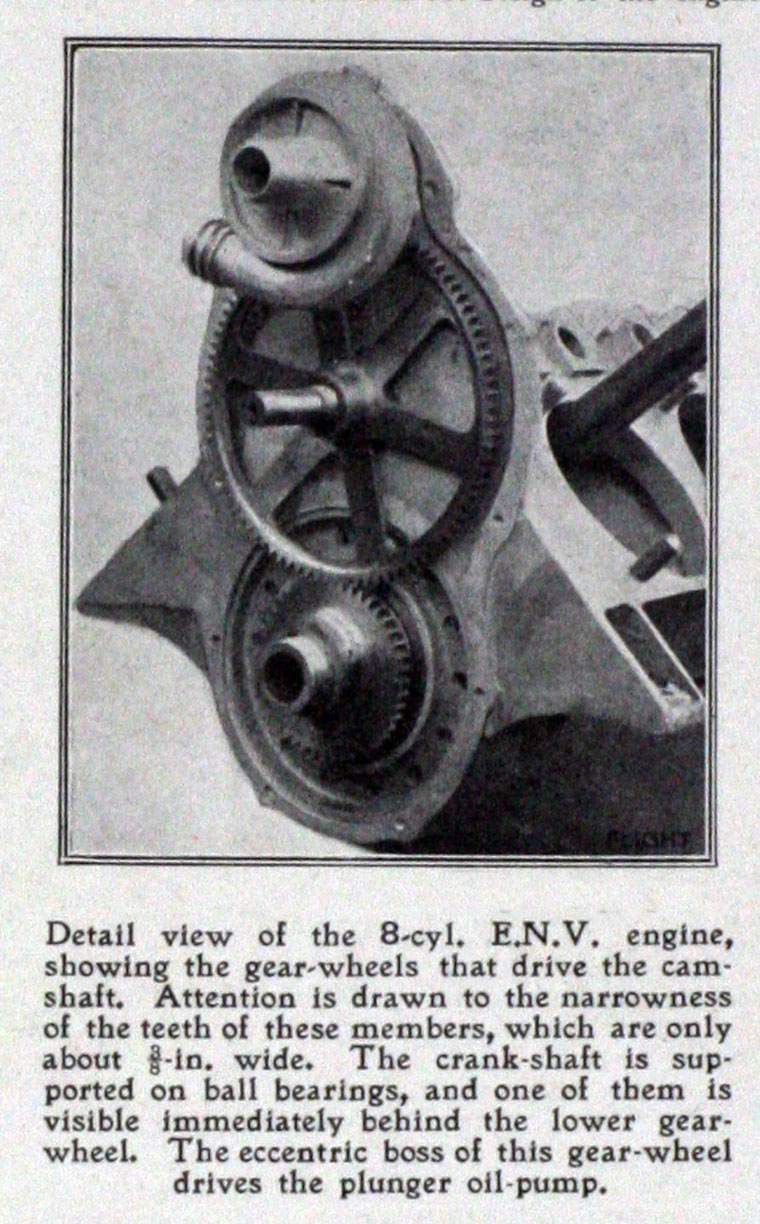 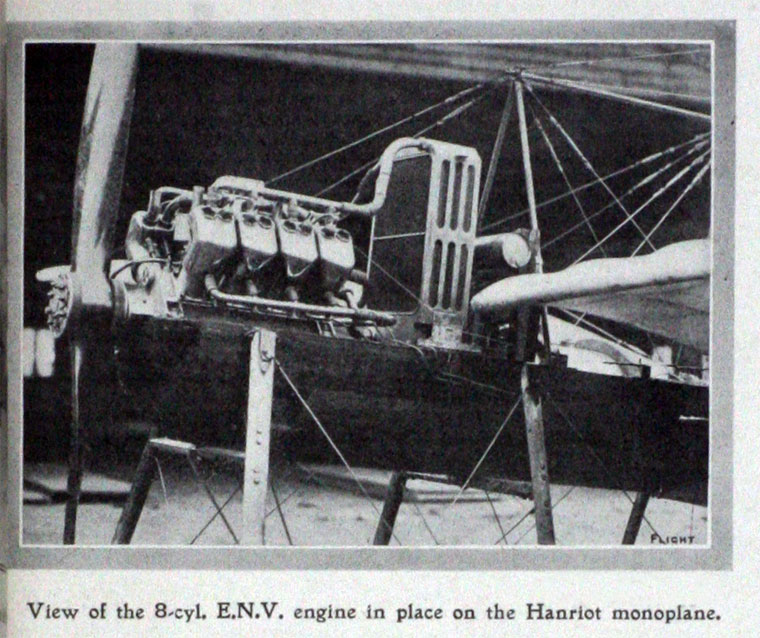 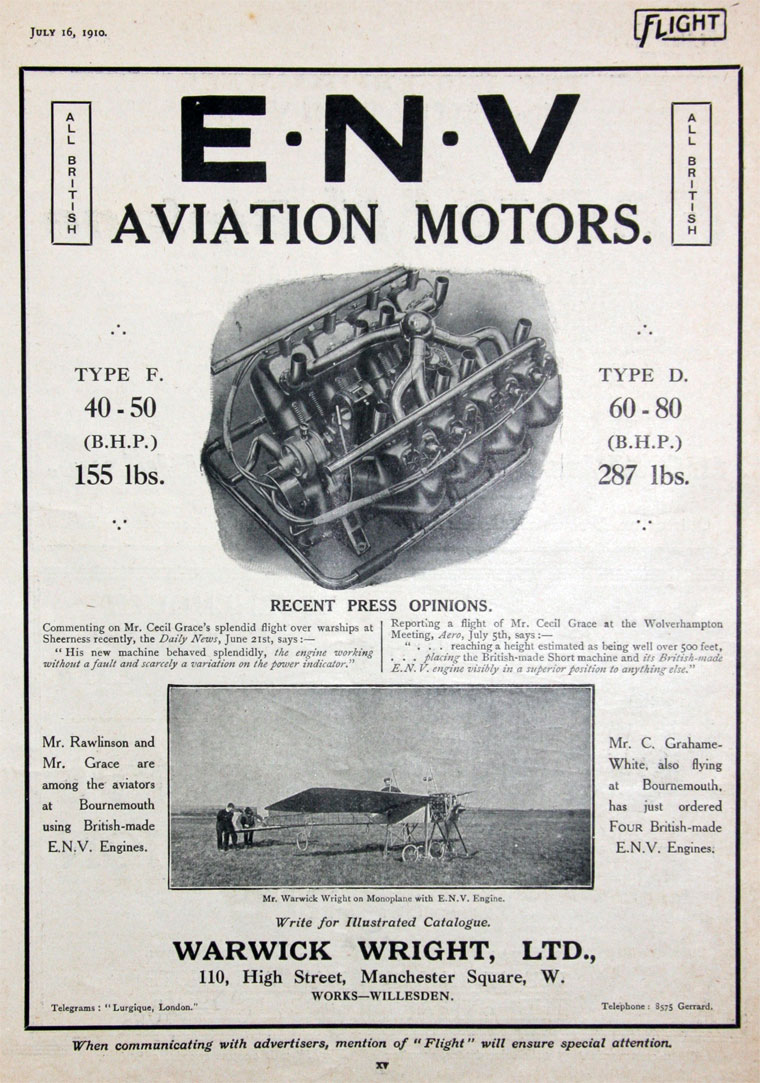 The London and Parisian Motor Co. was a Franco-British company registered in London in 1908, largely supported by British capital and expertise. The engine parts were cast and forged in Sheffield, where the company was originally based, then shipped to France for assembly, where aeronautical activity was more important, but where imported machines were, in 1908, taxed. The French factory was located in Courbevoie, a suburb of Paris. In 1909, the activity related to airplanes took more importance in Britain, and the company ENV decided to undertake the complete manufacture in Willesden, London. The business at Willesden was named ENV Motor Syndicate Ltd. The name was derived from the French 'En-V' meaning a Vee engine layout.