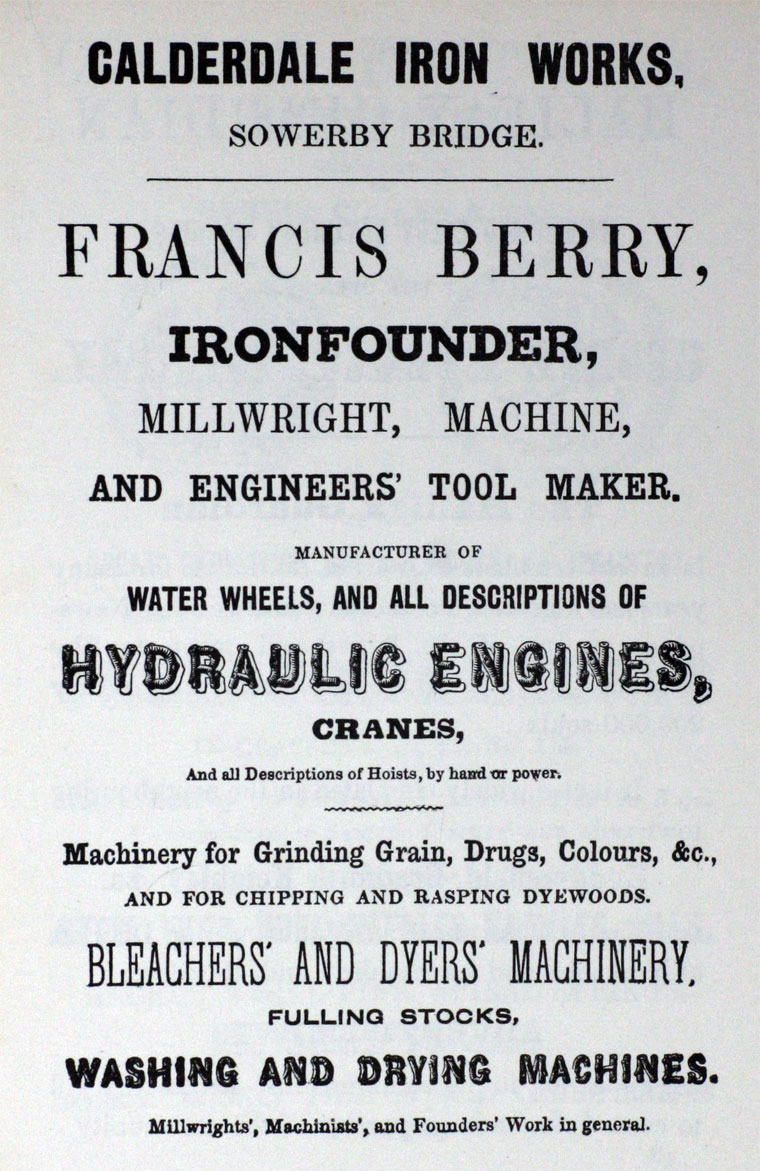 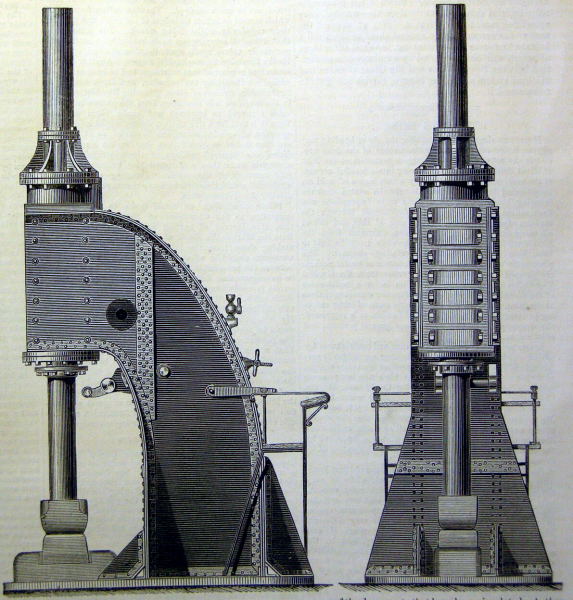 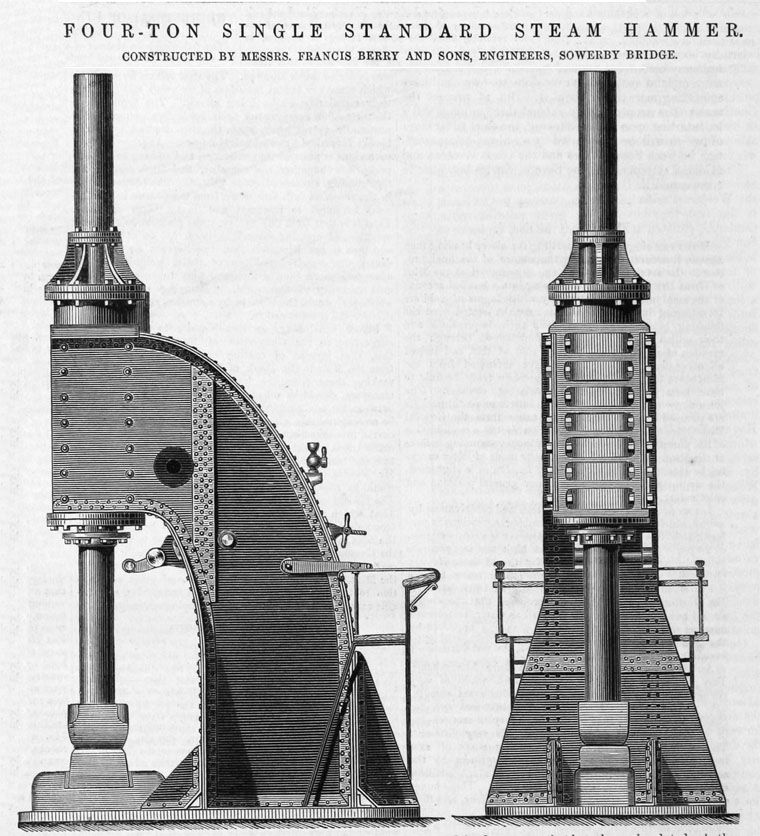 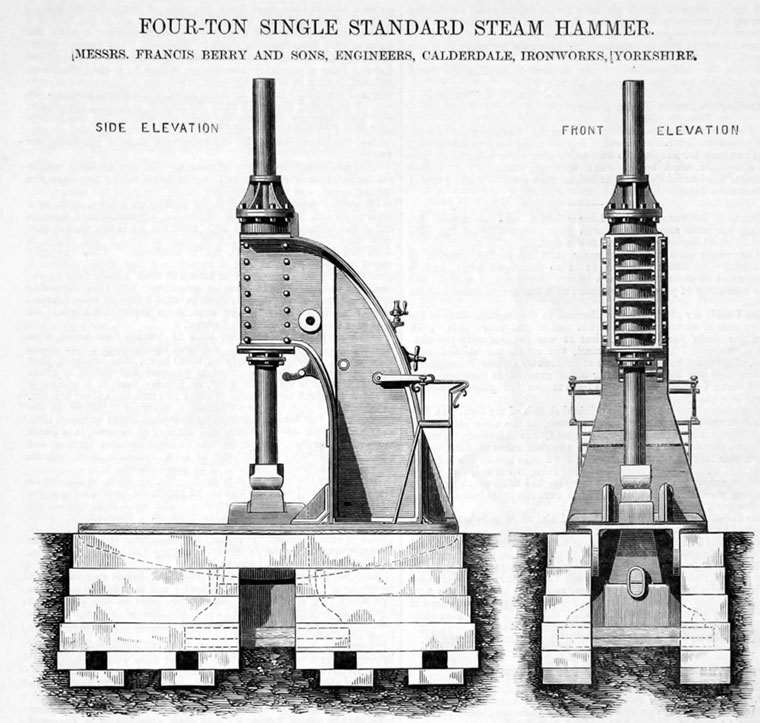 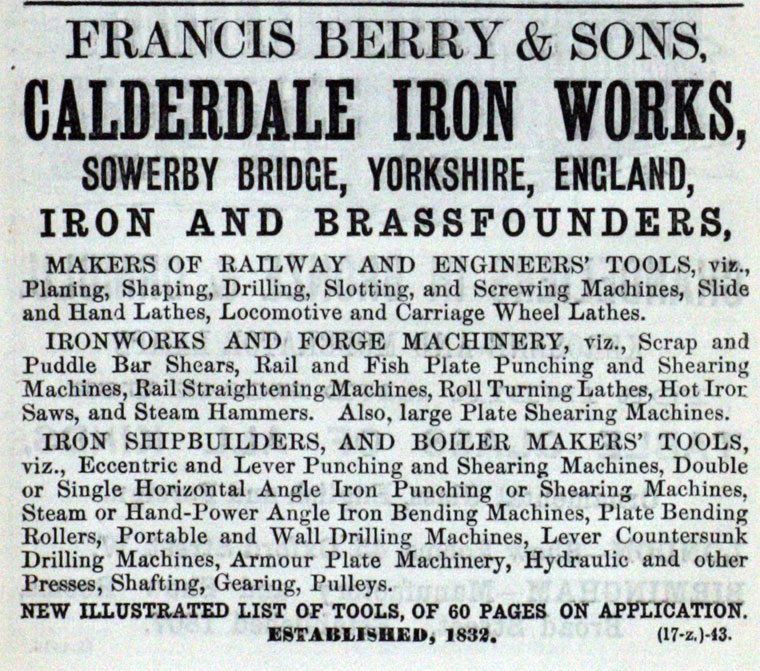 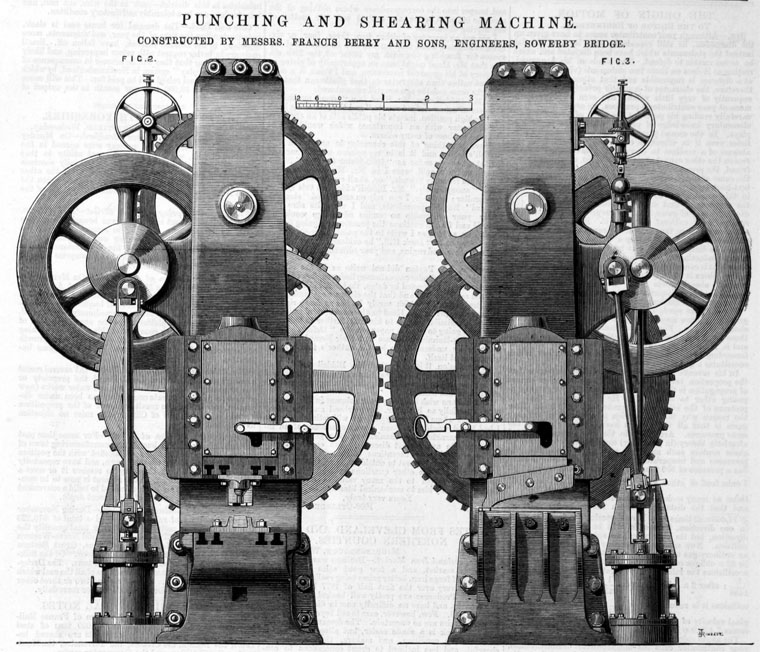 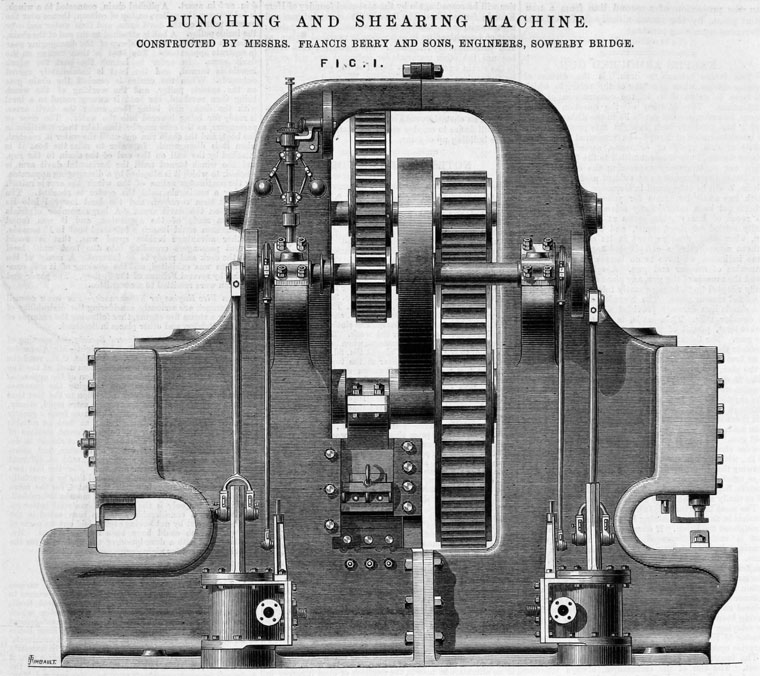 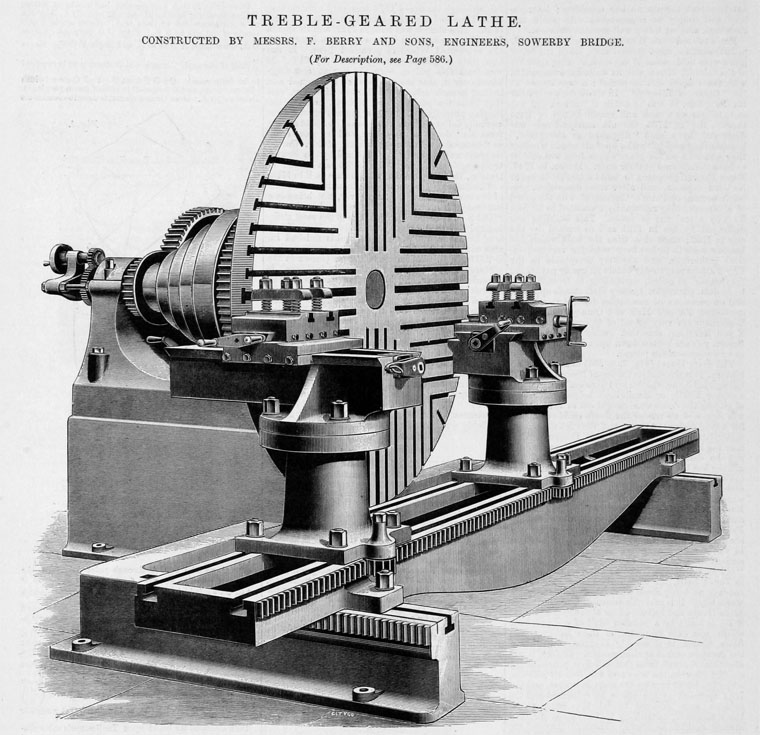 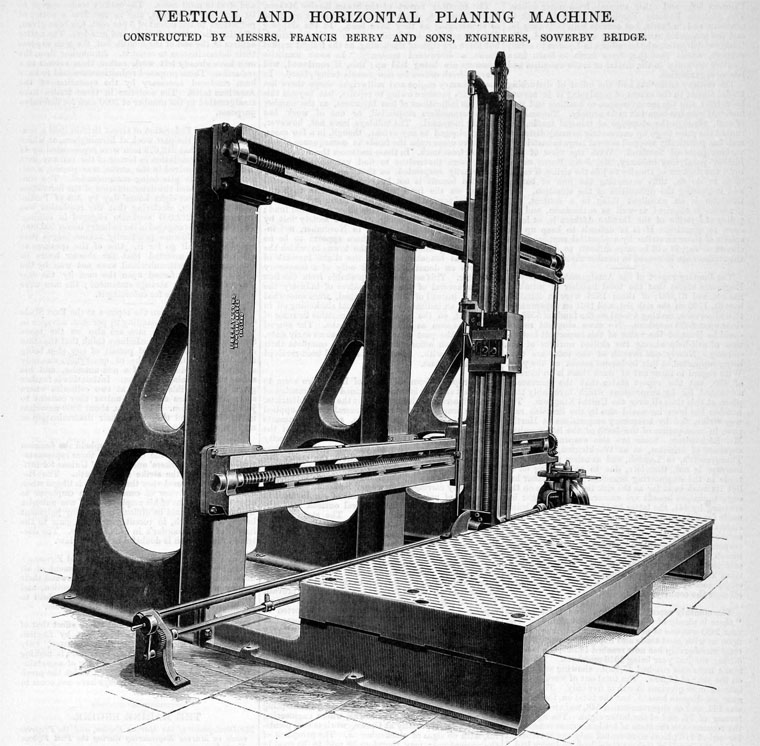 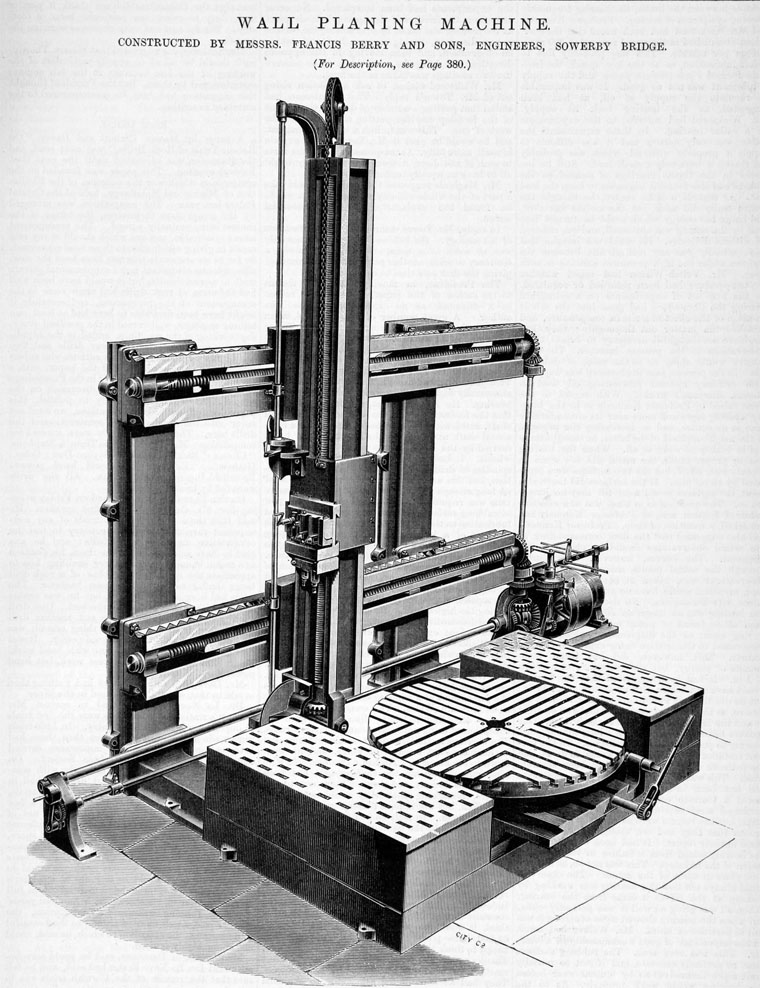 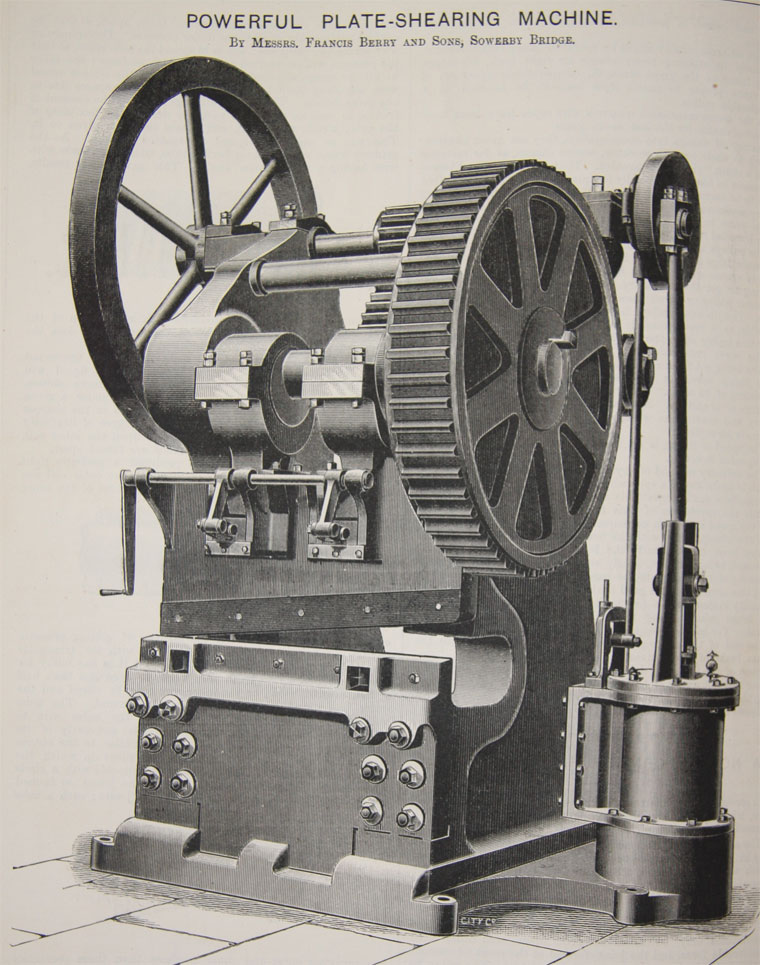 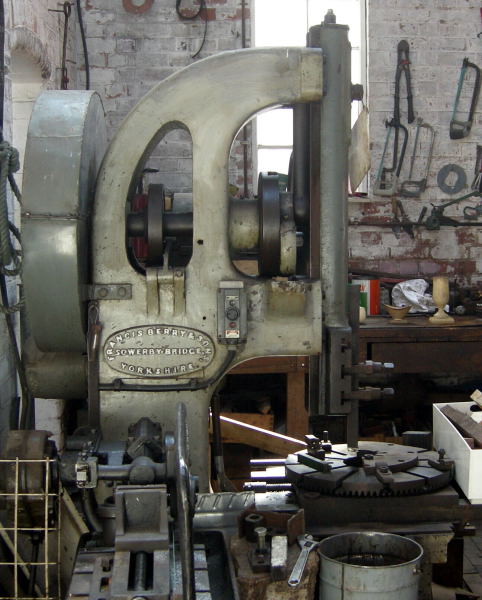 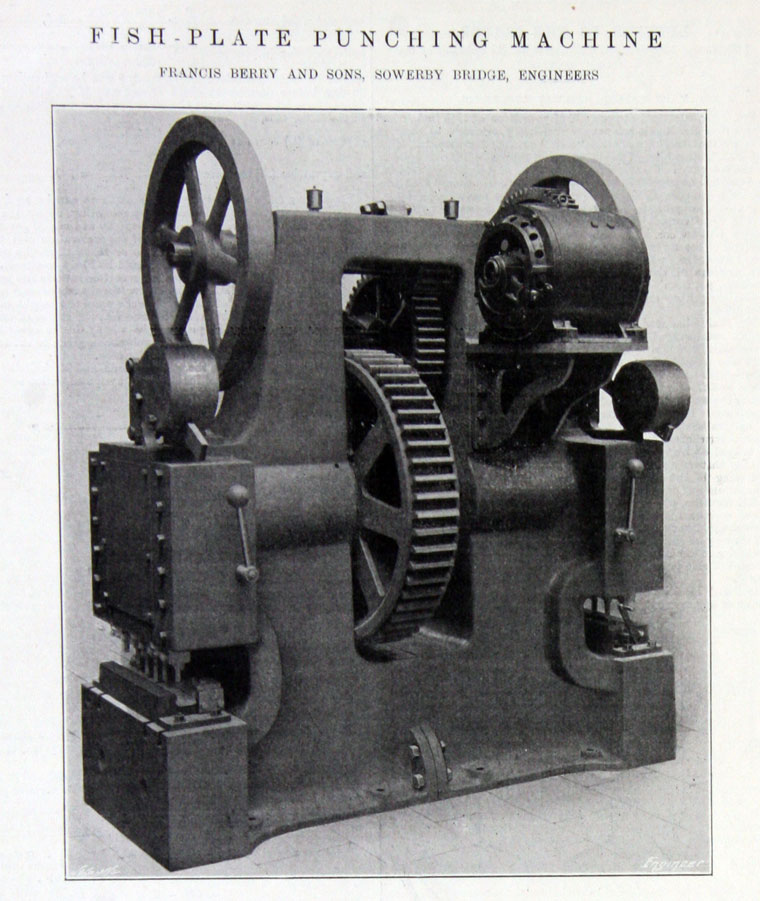 1879 Francis Berry left the Partnership with Robert Berry, carrying on business as Ironfounders, Engineers, and Machine Makers, at the Calder Dale Ironworks, Sowerby Bridge, under the style or firm of Francis Berry and Sons. Robert Berry carried on the business alone[2].

Several of Francis's children emigrated and another, Henry went off to find work elsewhere.

1881 Death of Robert Berry; many of his sons seem to have become partners.

1884 James Berry (might this have been James Wilson Berry, son of Francis?) left the Partnership with William Henry Berry, Francis Berry, Robert Berry, and Charles Berry, in the trade or business of Mechanical Engineers and Tool Makers and Ironfounders, at Sowerby Bridge, under the style or firm of Francis Berry and Sons. The remaining partners would carry on the business[3].