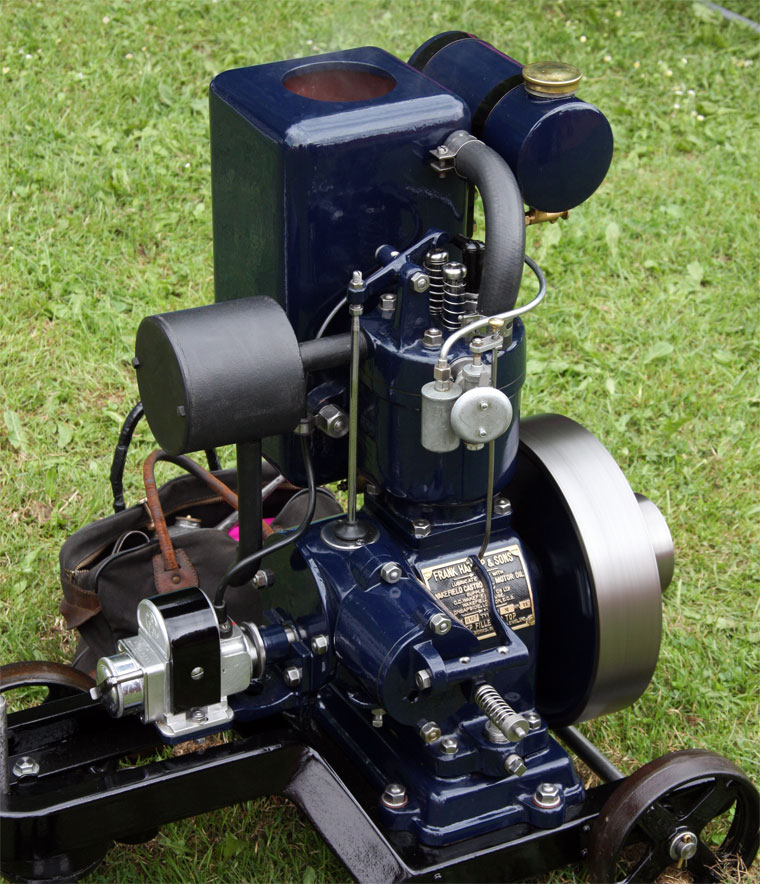 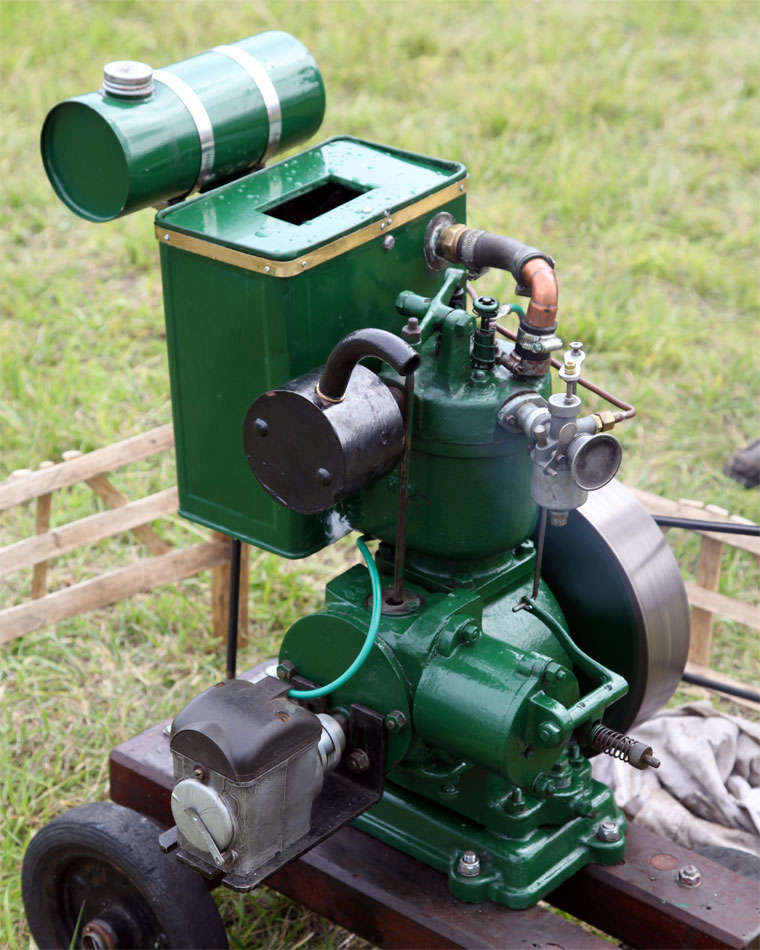 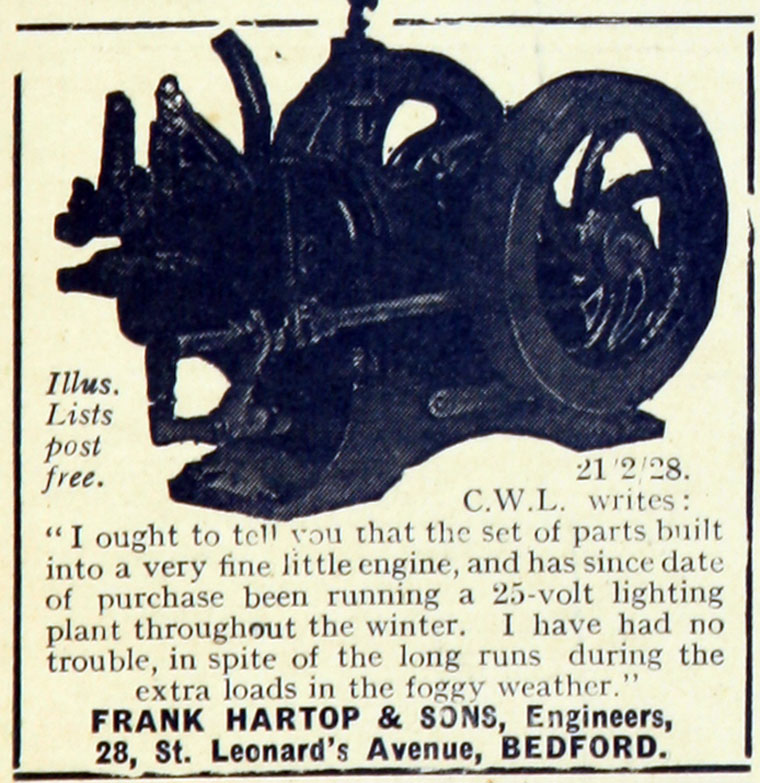 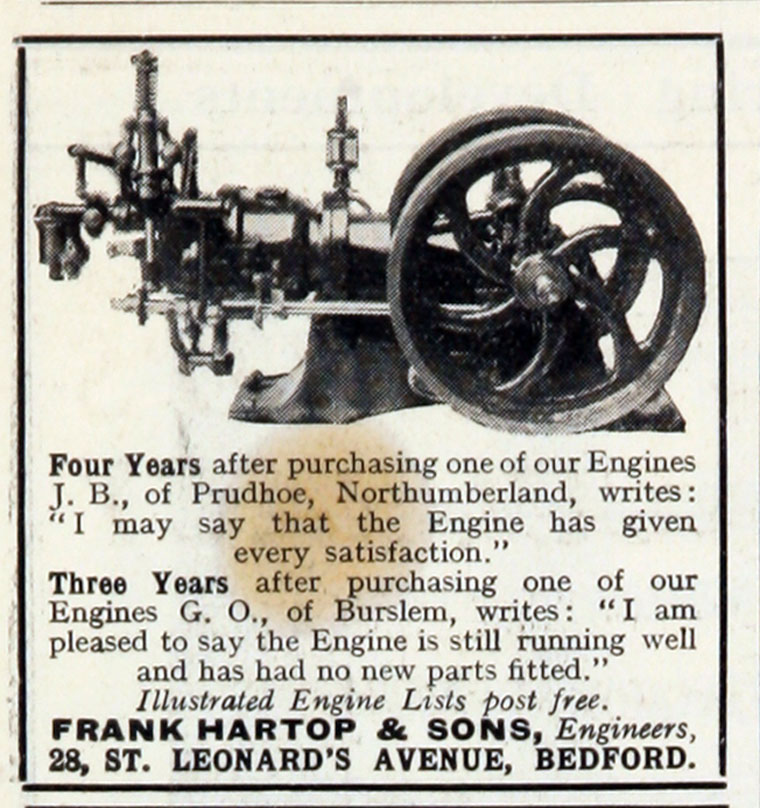 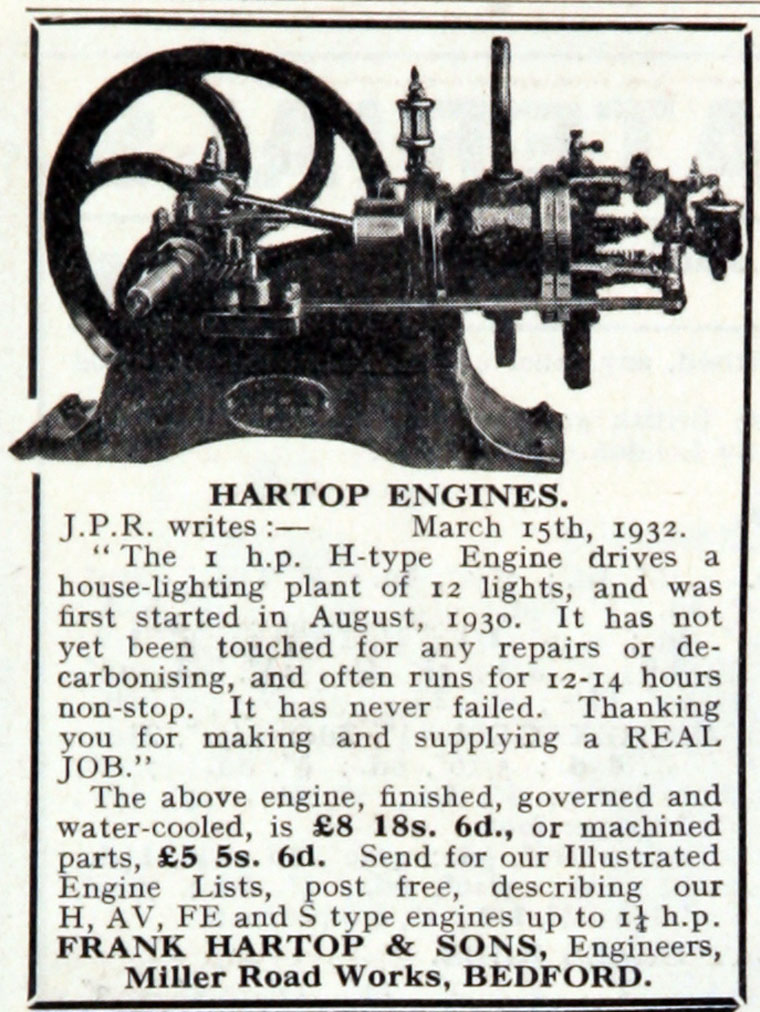 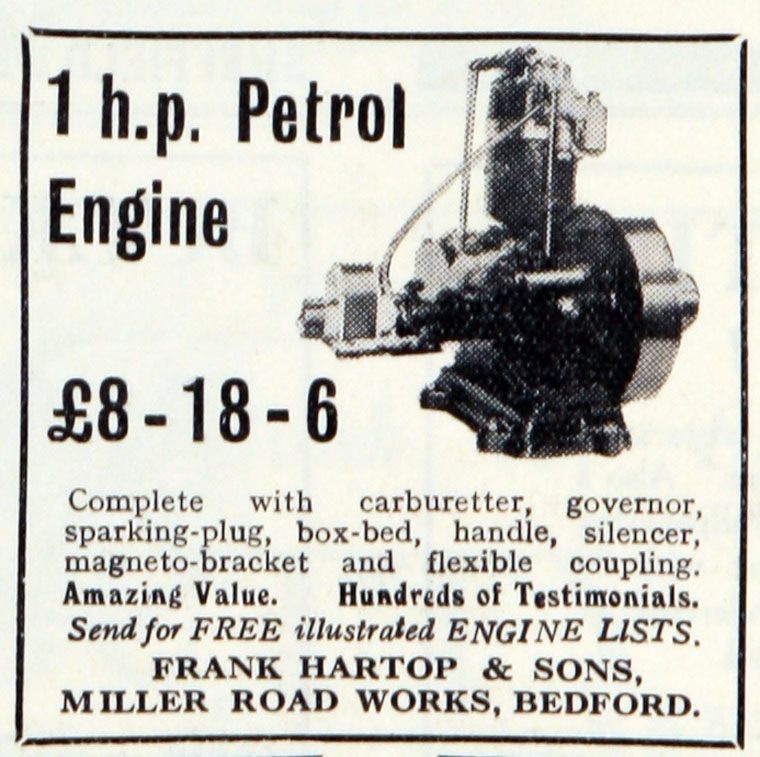 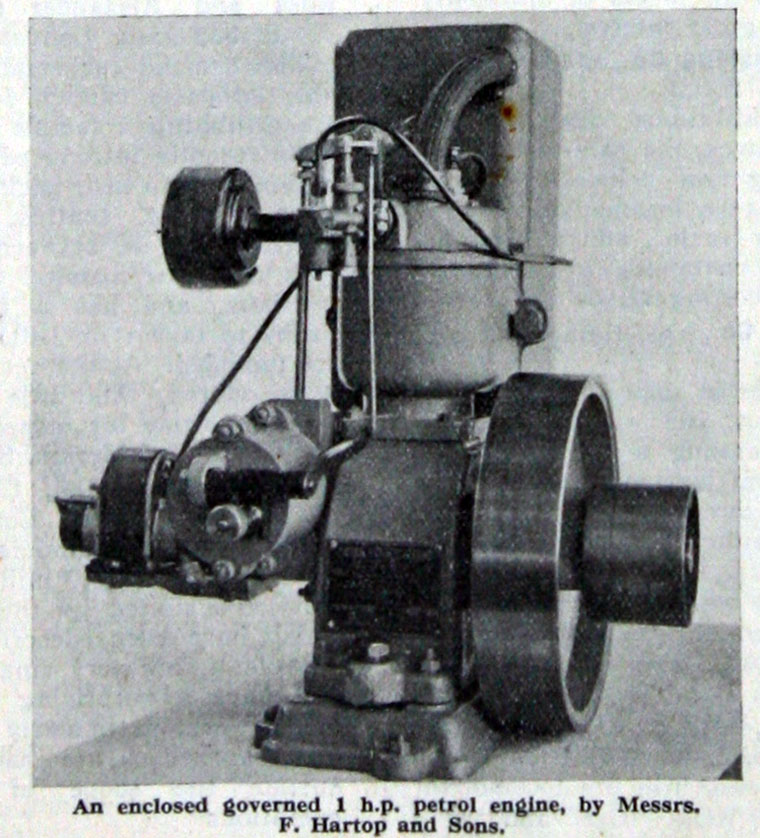 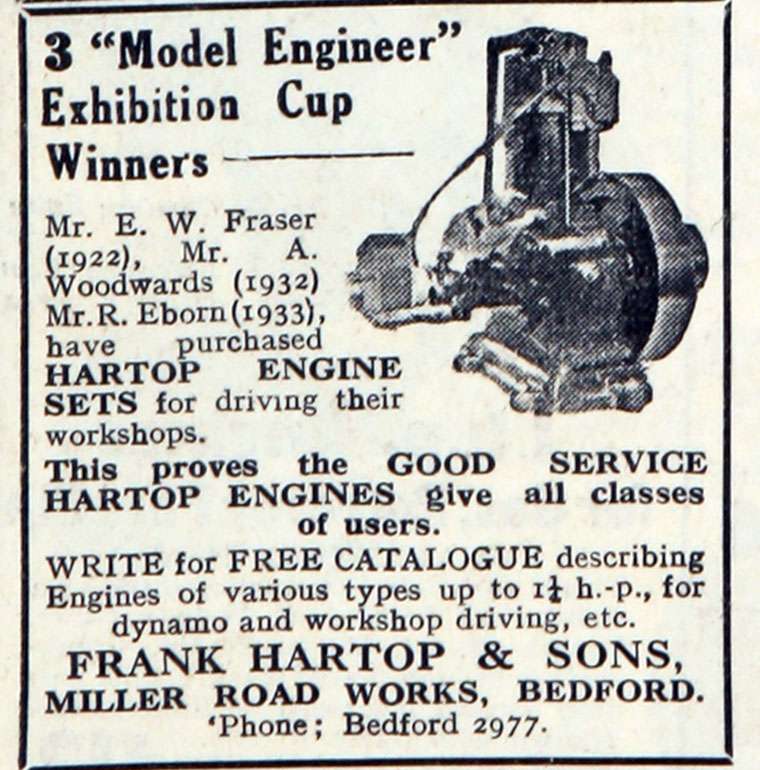 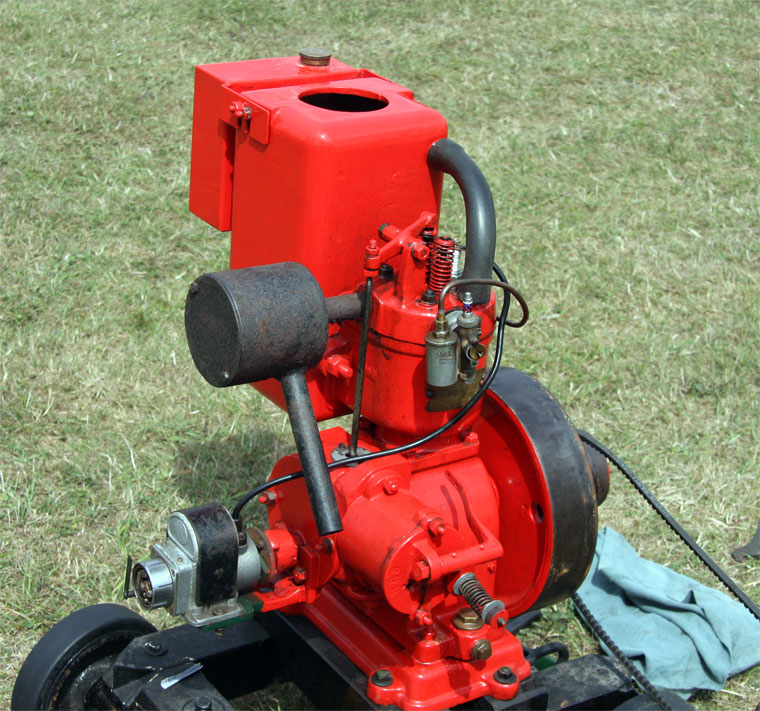 Post WWII Engine production re-started by Frank Hartop, Junior but after a couple of years he retired and the production was taken over by the Premier Engine Co (or possibly R. Percy Robinson Motor and Engineering Co)