Grace's Guide is the leading source of historical information on industry and manufacturing in Britain. This web publication contains 137,377 pages of information and 220,926 images on early companies, their products and the people who designed and built them. 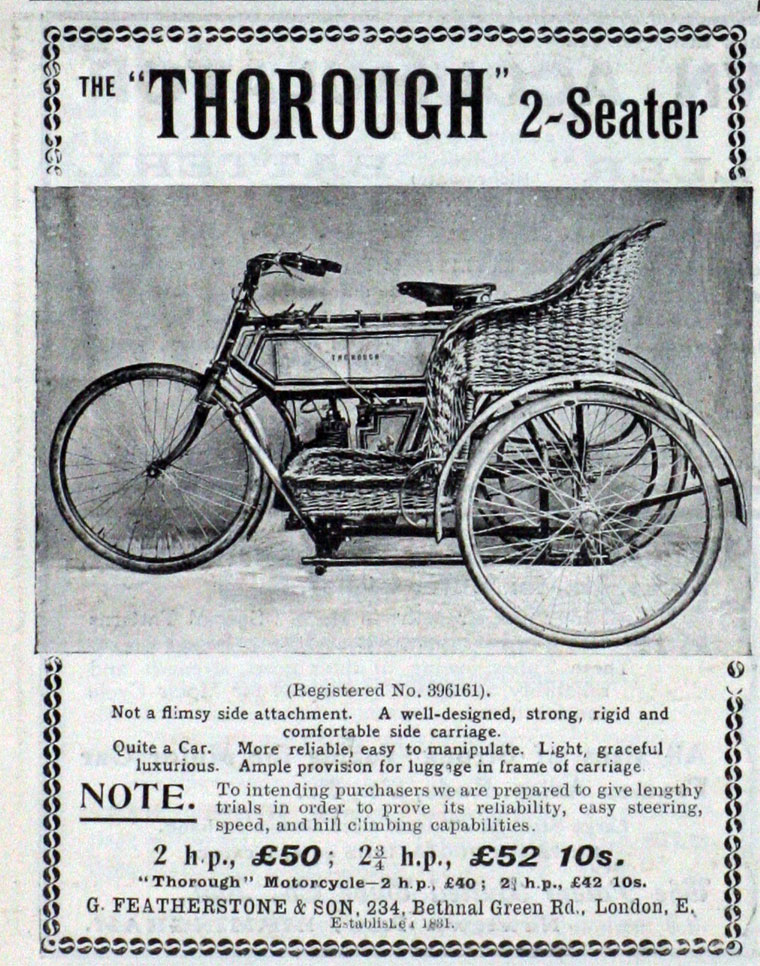 Thorough was a motorcycle produced in 1903. This was a small producer who was listed for a very short period of time. The machines offered were basic primitives with the choice of MMC or Coronet 1.75hp, 2hp and 2.75hp engines, and trial trips could be booked. Also Thorough two-seater tricycle.

Featherstone was a motorcycle produced in 1903. This short-lived make was typical of such primitive machines produced in that era. It had a vertically mounted engine, curved frame downtube, belt drive, rigid forks and pedals.