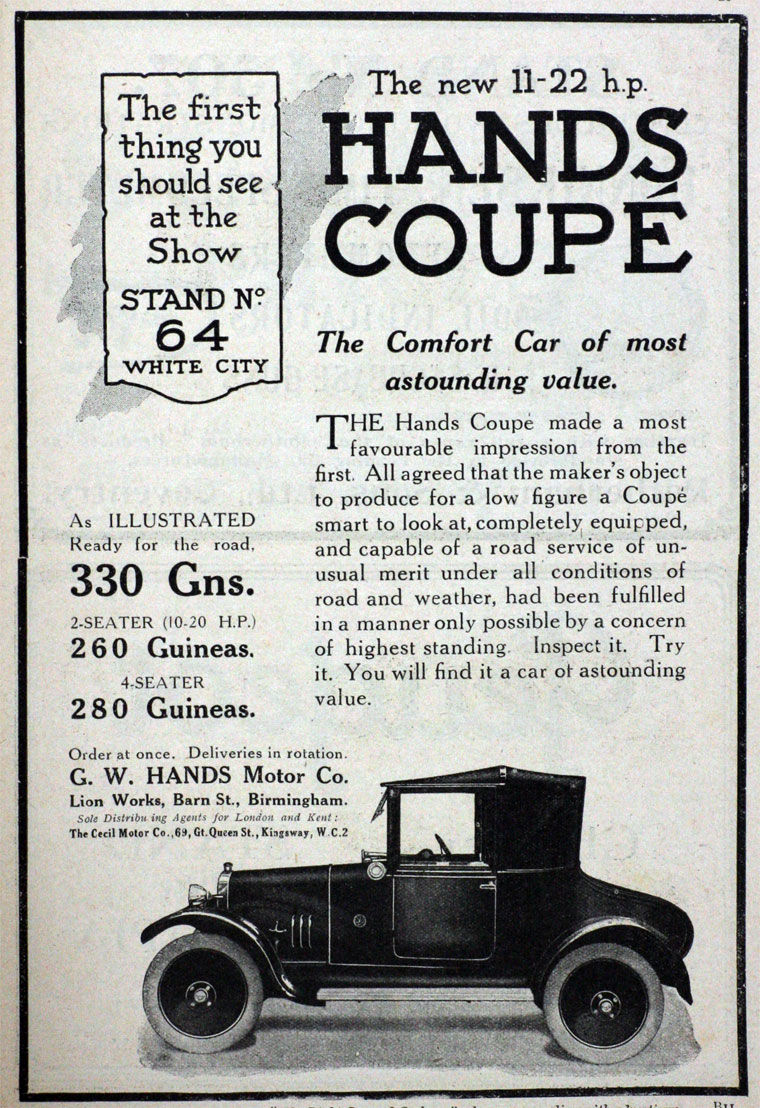 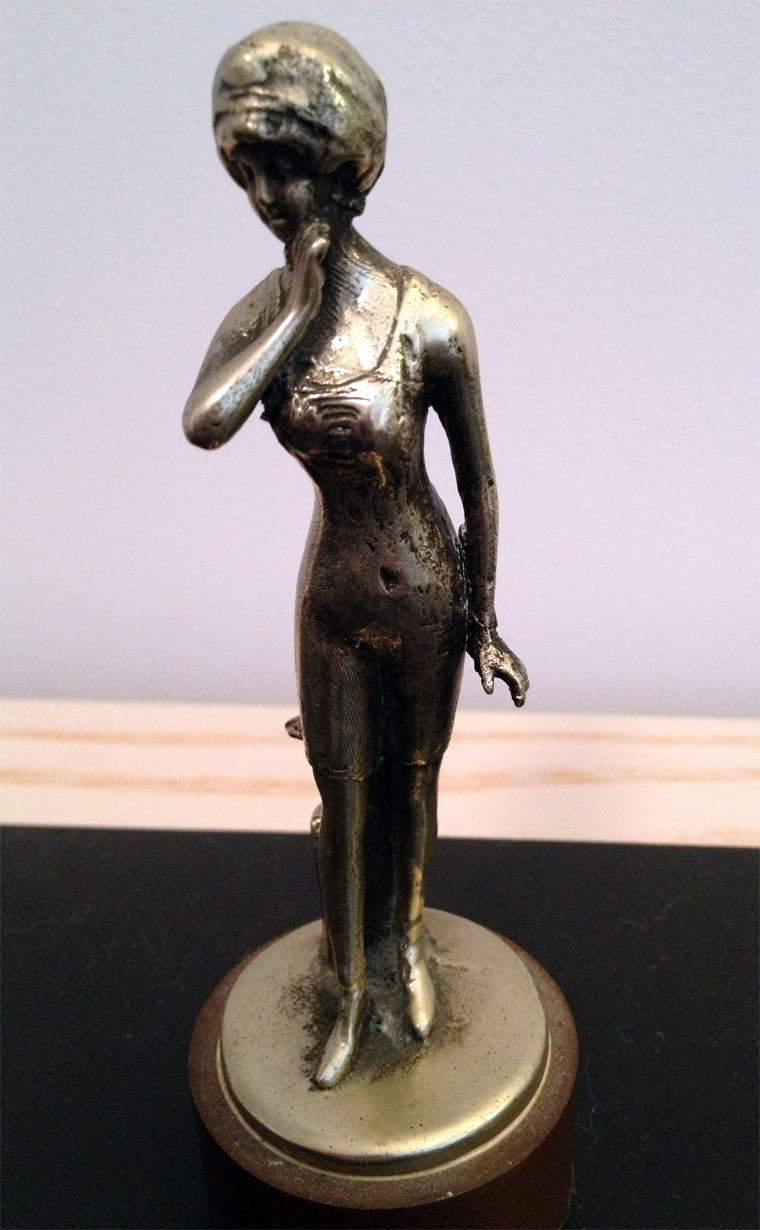 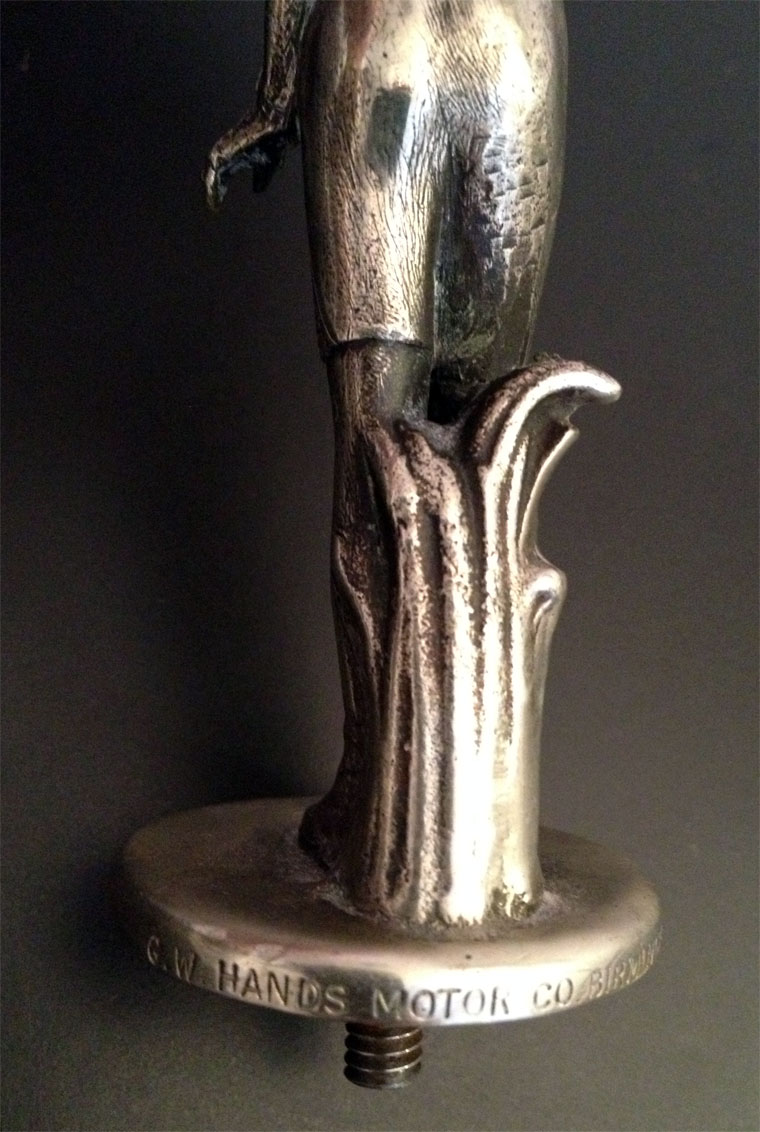 1922 George William Hands left Calthorpe Motor Co to set up his own Hands make of cars in the Calthorpe motorcycle factory in Barn Street, Birmingham.

The cars were built by the Minstrel and Rea Cycle Co

1922 November. Motor Show 'Something less dazzling from the point of view will be found in the new h.p. Hands car, built in Birmingham the G. W. Hands Motor Co. It is listed at 260 guineas, with two-seater body, with liberal equipment, including starter and lighting outfit.'[1]

1923 May. Advertisement. 'HANDS — a car of genuine merit. To judge a car by price alone is wrong - appearance, too, is deceptive. The only fair basis is to find exactly what you are getting for your money in equipment, in finish, and, above all in performance. Do that with the Hands and there can be no two opinions - the value there, and that "little more" which makes it attractive to the discriminating motorist. Standard 2-seater.....£220 2-seater De Luxe.....£250 4-seater.....£270 Coupe.....£320. G. W. HANDS MOTOR CO, Lion Works, Barn St., Birmingham. Sole Distributing Agents for London and Kent: The Cecil Motor Co, Great Queen street. Kings way, W.C.2.'[2]