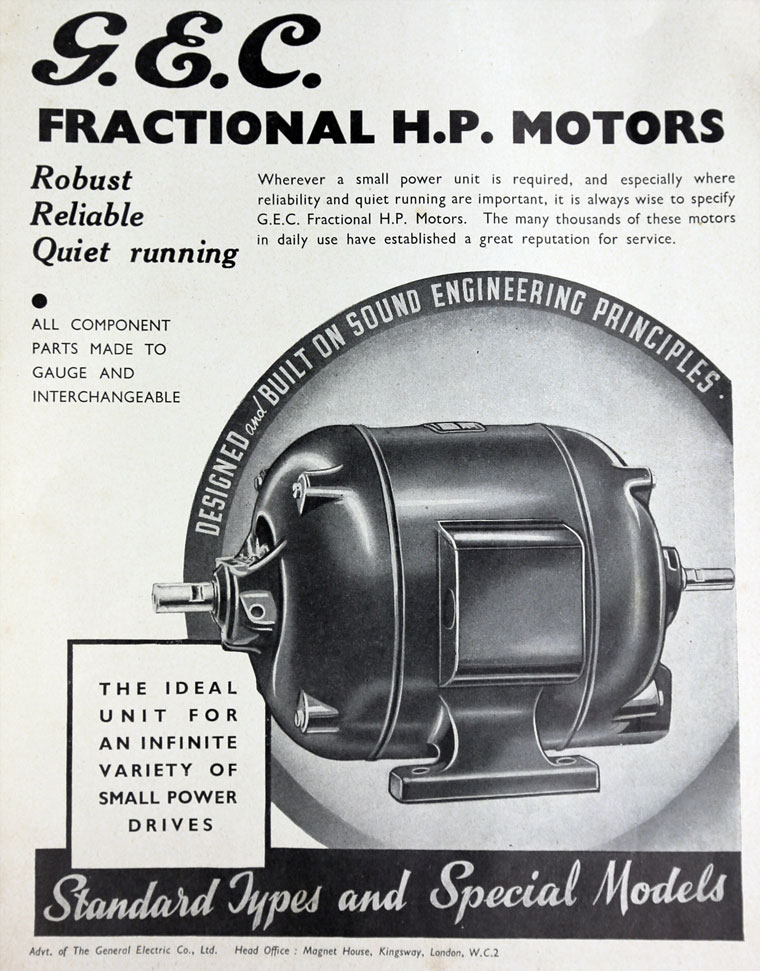 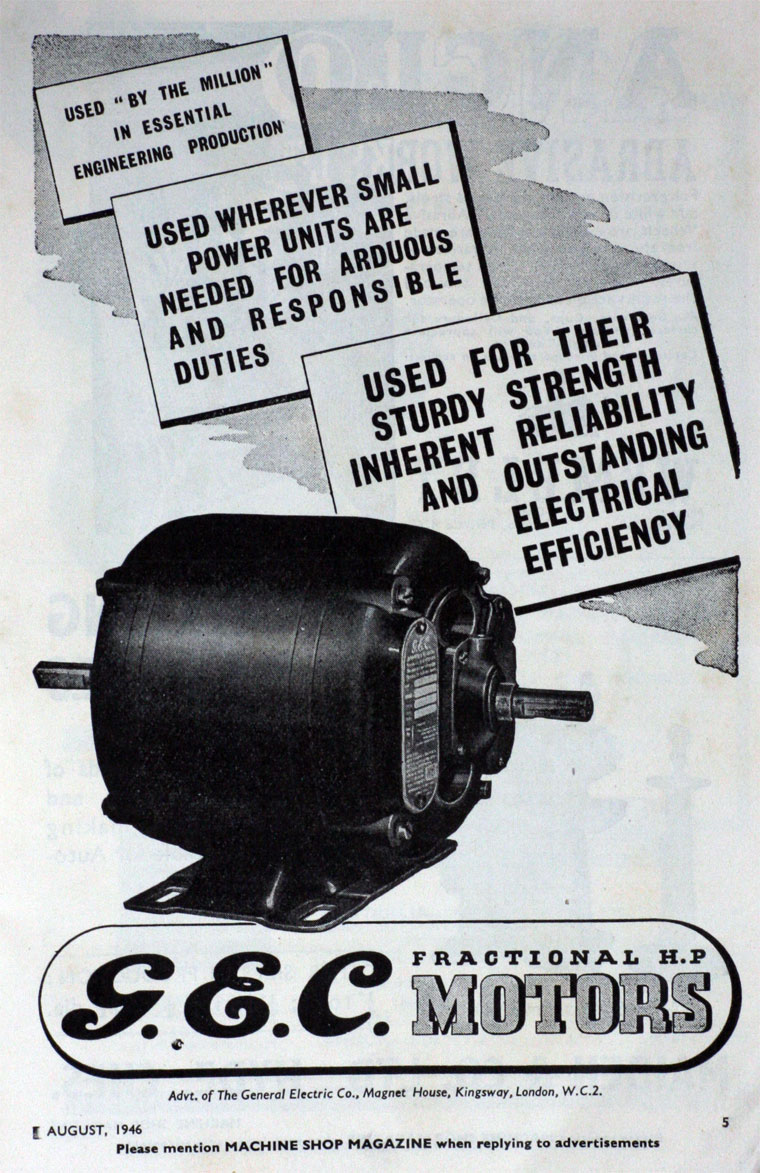 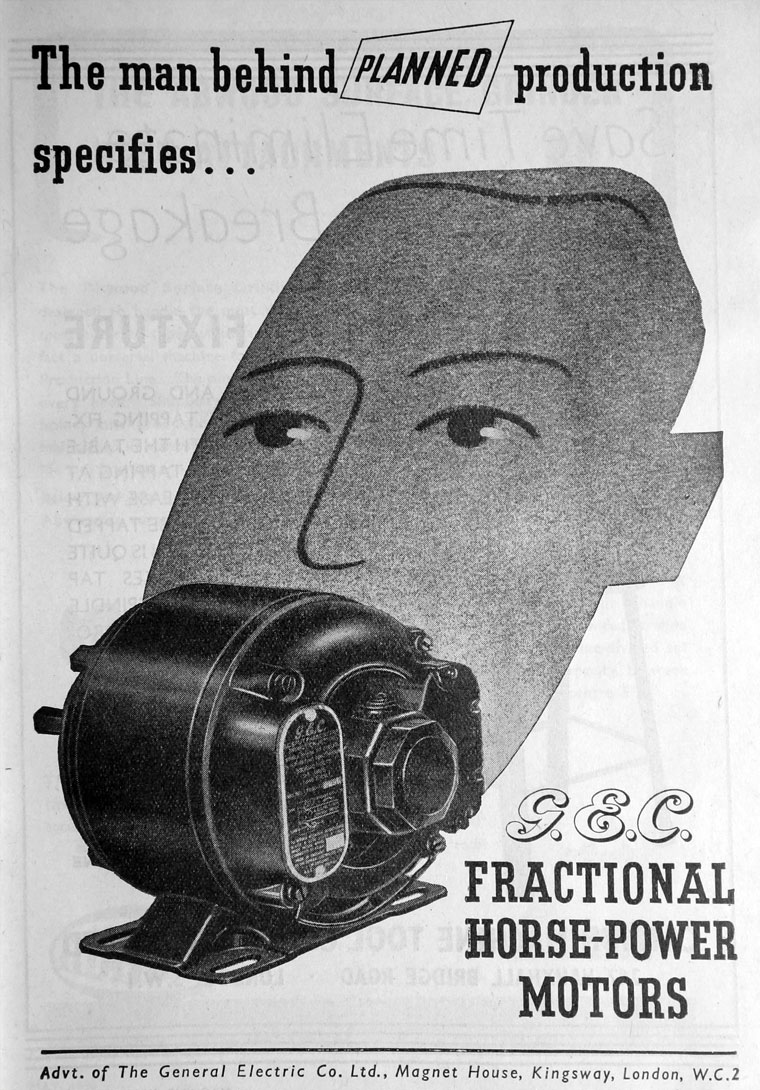 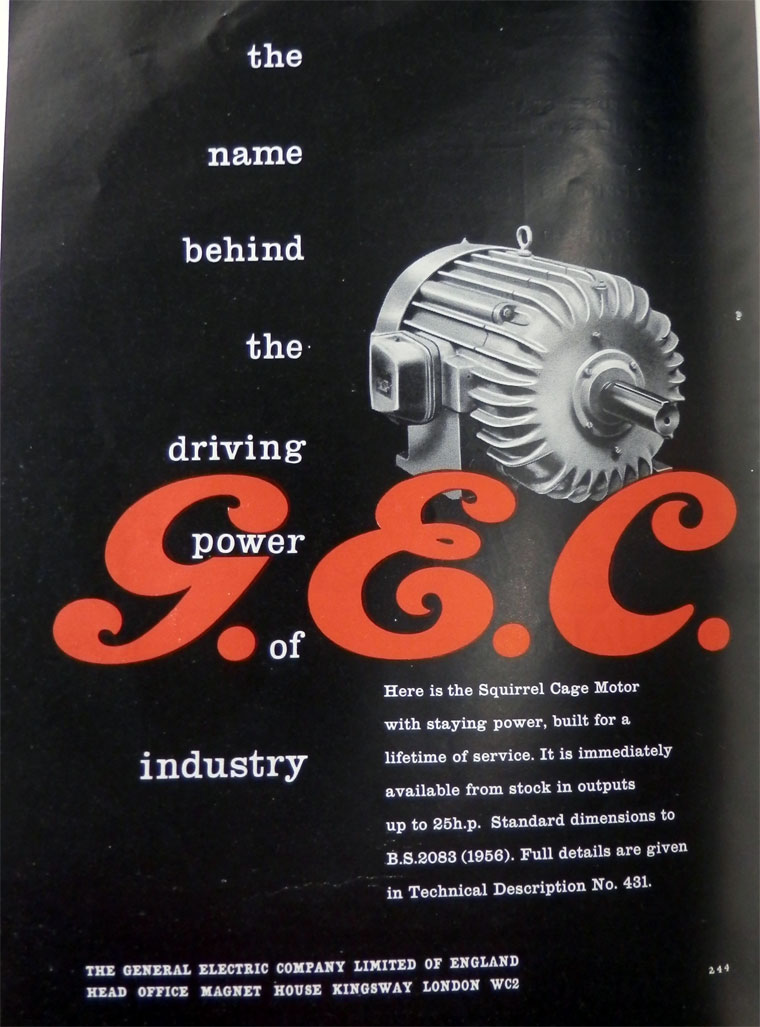 1939 GEC was involved in supplying heavy electrical engineering equipment (from Fraser and Chalmers) to works that were electrifying, such as the new strip mill for Richard Thomas and Co. Witton was keeping pace with developments in transformers, faster-acting switch gear and traction equipment.[2].