Difference between revisions of "George Low" 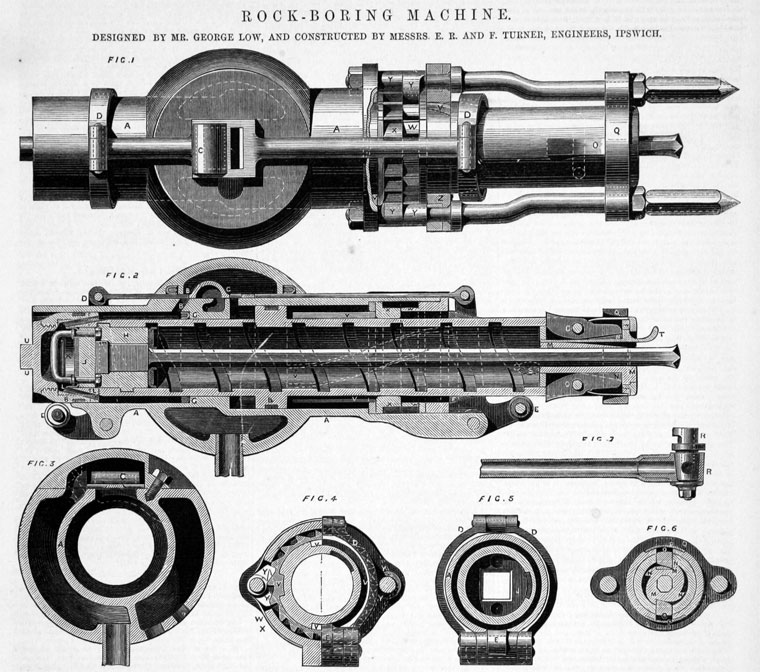 GEORGE Low was born at Merrion Castle, near Dublin, on 22nd April 1833.

After being educated by a tutor at home, he was articled to his father's firm of bankers and stockbrokers in Dublin, his father being chairman of the Dublin and Kingstown Railway.

Having shown a liking for engineering, he was apprenticed in 1854 to Messrs. William Fairbairn and Sons, Manchester.

In March 1859 he went thence to manage the Canal Iron Works at Kendal for Messrs. Williamson Brothers, where he was principally engaged on making Professor James Thomson's vortex turbine. Here he brought out an engine with link motion, which the firm continued to manufacture for many years after he left.

He next took the Millgate Iron Works, Newark, where he designed a rock borer and an air-compressor, which were used for boring the Roundwood Tunnel of the Dublin Corporation water works. A description of these machines was given to this Institution at the Dublin Meeting in 1865 (Proceedings, page 179). The air-compressor was of peculiar construction; its piston worked in a body of water filling the intervening space between the piston and the compressed air.

In October 1865 he went to Ipswich to take the management of the drawing office of Messrs. E. R. and F. Turner, with whom he remained about ten years, being chiefly engaged on designs in connection with steam engines, water wheels, turbines, and millwork generally.

In June 1876 ill-health caused him to retire; and he devoted his time when health permitted to improving gas engines, governors, turbines, Re., and to the design of a slide-valve indicator, cranes, and drawing boards.

Having been in indifferent health for many years, he died at his residence at Ipswich on 11th July 1894, at the age of sixty-one.

He became a Member of this Institution in 1861.