Difference between revisions of "George Westinghouse" 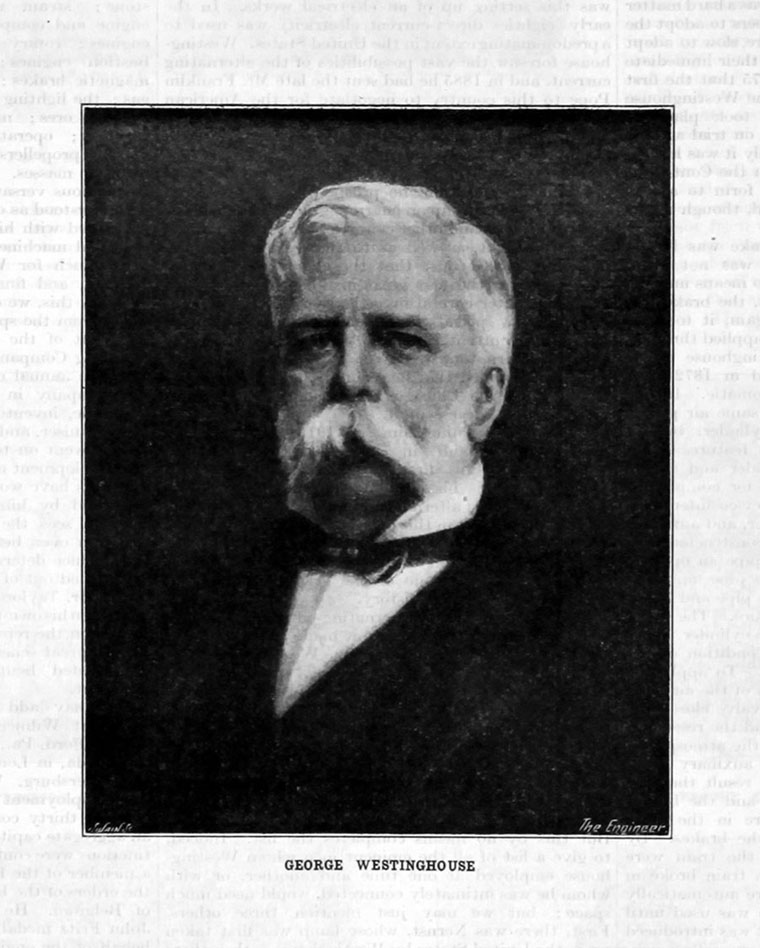 George Westinghouse, Jr (October 6, 1846 – March 12, 1914) was an American entrepreneur and engineer who invented the railway air brake and was a pioneer of the electrical industry.

Westinghouse was one of Thomas Edison's main rivals in the early implementation of the American electricity system. Westinghouse's system, which used alternating current (AC), ultimately prevailed over Edison's which used direct current.

1865 George Junior's first patent, granted in 1865, was for a rotary steam engine that was manufactured by his father's company but was not very successful.

George Junior then started his own business.

1869 George Junior invented the air-brake for railways; patented in 1872

1871 Shortly after a visit to Europe, George Westinghouse set up the Europe Brake Company[1].

By 1880, 37,000 sets of the Westinghouse brake apparatus had been supplied to railways around the world[3].

1881 A public company, the Westinghouse Brake Company was registered on 7 November. [4]

1885 Westinghouse imported a number of Gaulard-Gibbs transformers and a Siemens AC generator to begin experimenting with AC networks in Pittsburgh.

1886 He established the Westinghouse Electric and Manufacturing Co in Pittsburgh, USA.

1899 Seeing the opportunities in the UK, George Westinghouse formed British Westinghouse as a limited company as a manufacturing subsidiary of the American company[6].

1907 Westinghouse USA went into receivership with the result that executive control of the company was taken away from George Westinghouse, though he remained as President.