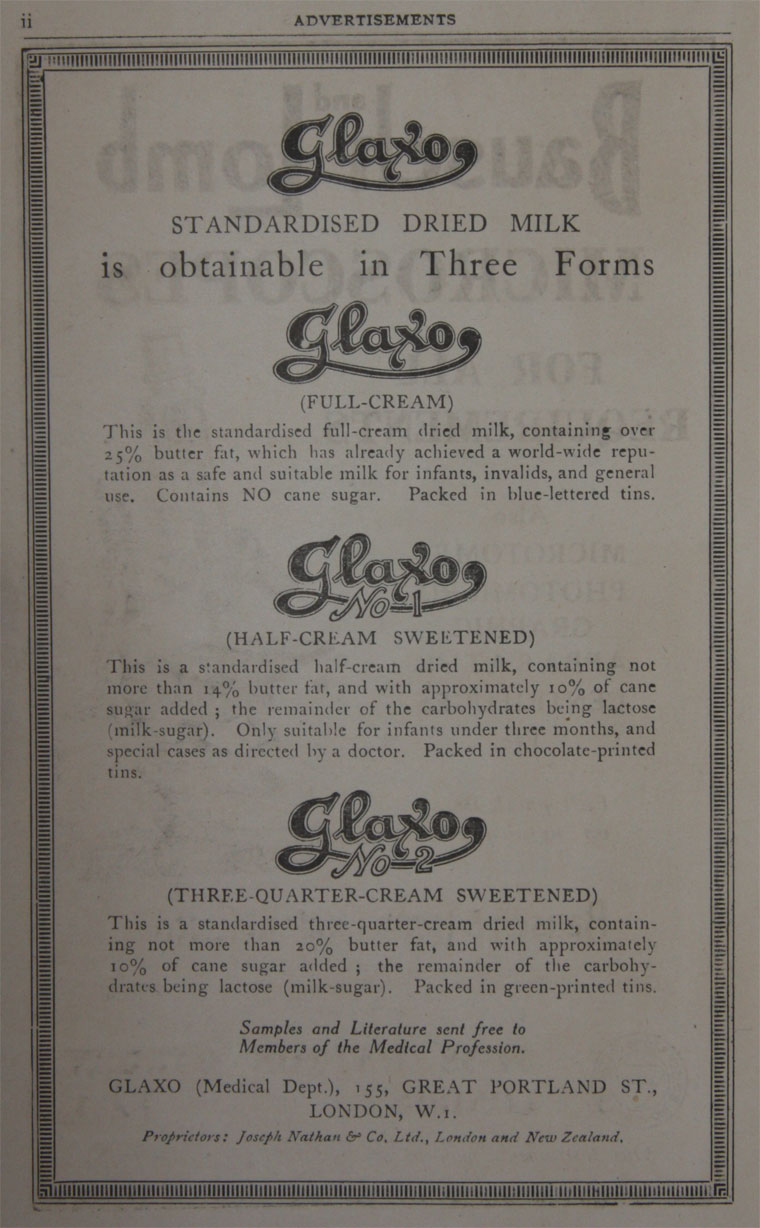 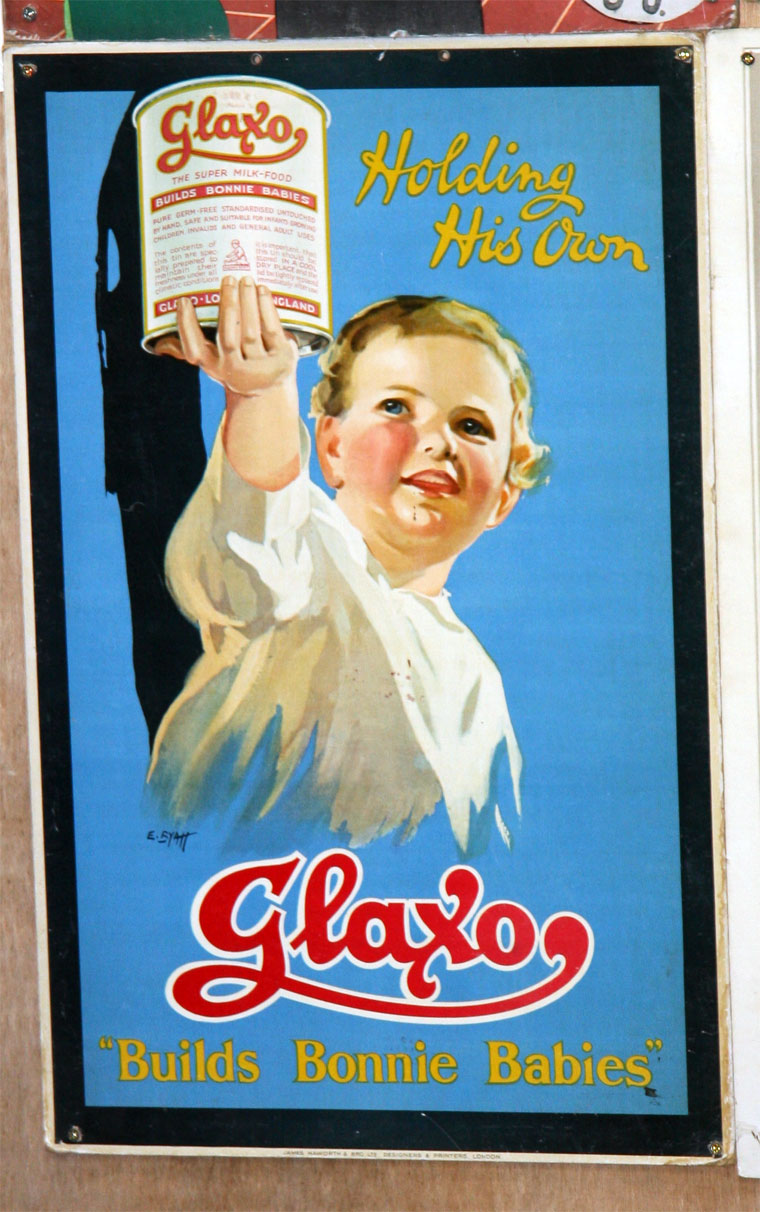 The story of Glaxo started with Joseph Nathan, the son of a London tailor who emigrated to Australia in 1853 at the age of 17.

After a few years, he moved to New Zealand and joined his brother-in-law in a general merchandising business, becoming a partner in 1861.

In 1873, after the partnership was dissolved, Joseph Nathan and Co was established. Strong trade links with London continued and an office there was opened in 1876.

Skimmed milk by-product from the Nathan dairy business in New Zealand - already successfully shipping butter to the UK - proved a breakthrough for the family business. A specially-built factory at Bunnythorpe in New Zealand produced milk powder that was sold mainly in bulk for catering and military customers.

With the growing use of the powder as an infant food, particularly as its health features were being realised, the Nathan family changed the name of the product from Defiance Dried Milk to Glaxo brand of milk powder, a name registered in 1906.

To manage the UK promotion of the new product, Joseph Nathan brought back from New Zealand the youngest of his three sons, Alec Nathan. It was not until 1911, during a health scare involving liquid milk, that the powdered variety proved to be a safer alternative for the bottle feeding of babies.

1873 Joseph Nathan, who lad left the UK to seek new business opportunities 20 years before, established a general trading company at Wellington in New Zealand - Joseph Nathan and Co - the foundation for the Glaxo company to be formed later.

1904 The company developed a process for producing dried milk, first sold under the brand name Defiance.

1906 Glaxo is registered by Joseph Nathan and Co, as a trademark for dried milk. The Nathan directors realised that selling dried milk as an infant food called for a more appealing name than Defiance, the name used for the New Zealand product. They settled on Lacto, but this was not acceptable because similar names were already registered. By adding and changing letters, the name Glaxo evolved and was registered in October 1906.

1908 The Glaxo department of Joseph Nathan and Co opened in London and the first "baby book" was published. The "Glaxo Baby Book" was a unique publication that aimed to answer questions from mothers about infant feeding and care. The booklet, which continued until the 1970s, provided practical advice from nursing staff and reflected the advances in medical and nutritional science. "Glaxo - the Food that Builds Bonnie Babies" became a familiar slogan in Nathan's advertising efforts of the time.

1912 Joseph Nathan died and his sons took over, the company soon becoming a household name.

World War I. Increased demand for dried milk and sales were accelerated with the First World War, and concern for the quality, safety and consistency of dried milk led to technical control improvements.

1935 Glaxo Laboratories is formed and new facilities are created at Greenford, near London.

World War II. During the Second World War, Glaxo was crucially involved in the production of penicillin and by mid-1944 was responsible for 80 per cent of the UK's penicillin doses.

1967 Glaxo acquired Mead Johnson's shares in BDH[4] and subsequently the remainder of the shares[5]. The company was renamed BDH Chemicals; a new company BDH Pharmaceuticals was formed to market pharmaceutical products made by British Drug Houses and by Duncan, Flockhart and Co and Evans Medical Supplies[6].

1972 Beecham Group was unsuccessful in its bid for Glaxo Group Ltd - and Glaxo was unsuccessful in its attempt to merge with UK chemists Boots - The Beecham Group made a takeover bid for Glaxo Group and, as a defence measure, Glaxo moved to increase its size and announced a proposal to merge with UK chemists Boots. The Monopolies Commission, however, ruled after five months of investigation and deliberation that neither merger should proceed. Glaxo's parent company renamed itself Glaxo Holdings.

1973 Glaxo decided to concentrate on the mainstream activities so sold Murphy Chemical Co in June and BDH Chemicals to E. Merck of Germany in September[7].

1978 Through the acquisition of Meyer Laboratories Inc, Glaxo's business in the US was started, to become Glaxo Inc from 1980.