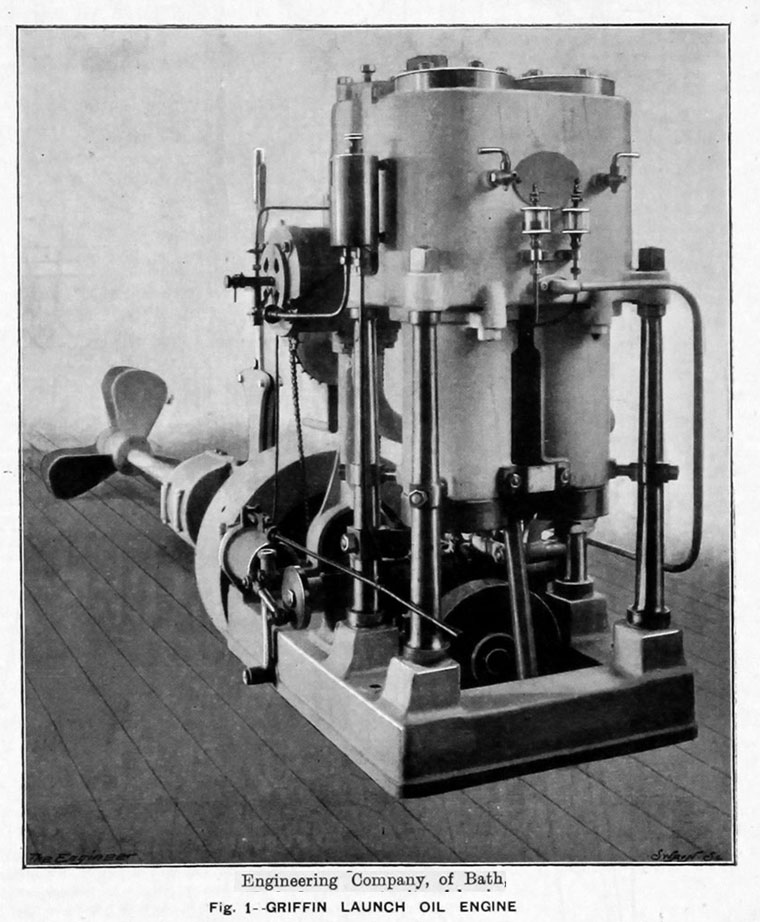 1868 Founded by Samuel Griffin and involved in making steam engines

1880 Entered the i/c engine field with six-stroke models that were built by Dick, Kerr and Co

1892 Producing engines at their works. At the expiry of the Otto patent on four-stroke engines they commenced building these.

1910 Four-cylinder oil engine and its starting engine described and illustrated in 'Engineering' magazine [2]. Driving a Tilghman's air compressor, the unit being built to the order of the Great Indian Peninsula Railway.

Two of the six-stroke engines are known to survive. One at the Anson Engine Museum and the other at Museum of Bath at Work