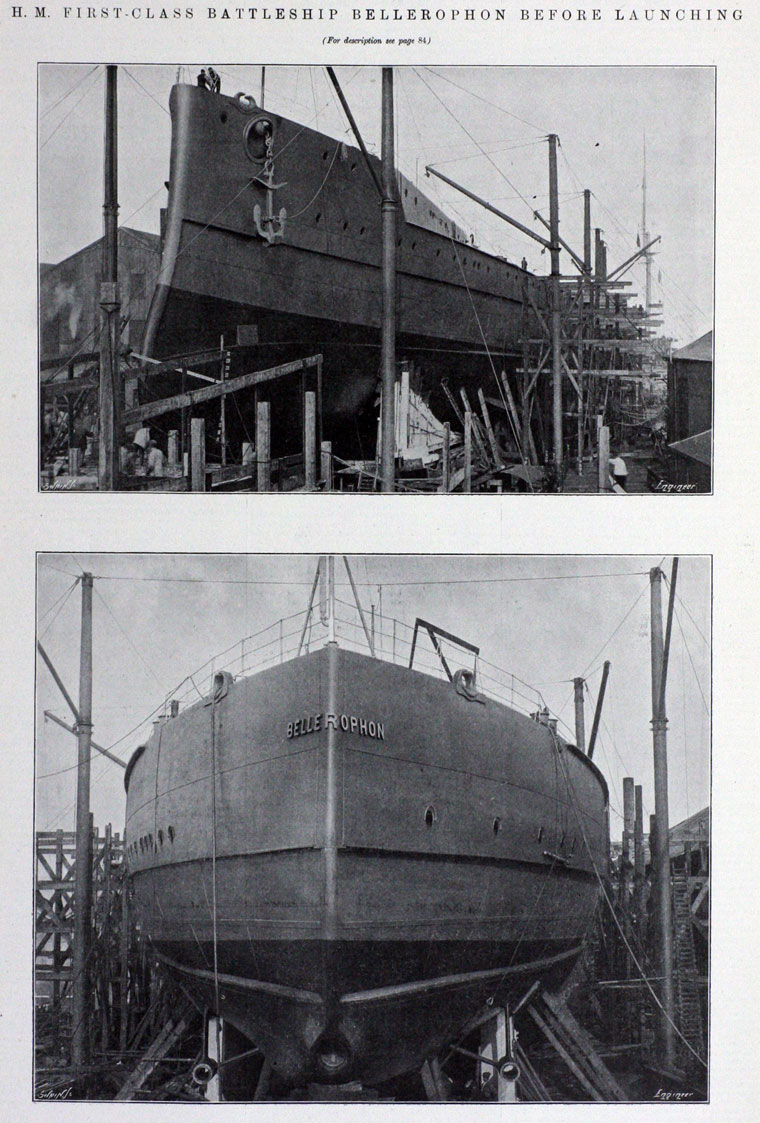 1904 The Bellerophon and Temeraire were fitted up under the superintendence of Engineer-Capt. Haddy, R.N., as instruction ships and workshops. The work was undertaken by Palmers' Shipbuilding and Iron Company, Limited, Jarrow-on-Tyne.

1904 Bellerophon was rebuilt as a training ship[1] and renamed Indus III, before finally being sold in 1922.