Grace's Guide is the leading source of historical information on industry and manufacturing in Britain. This web publication contains 137,427 pages of information and 221,356 images on early companies, their products and the people who designed and built them. 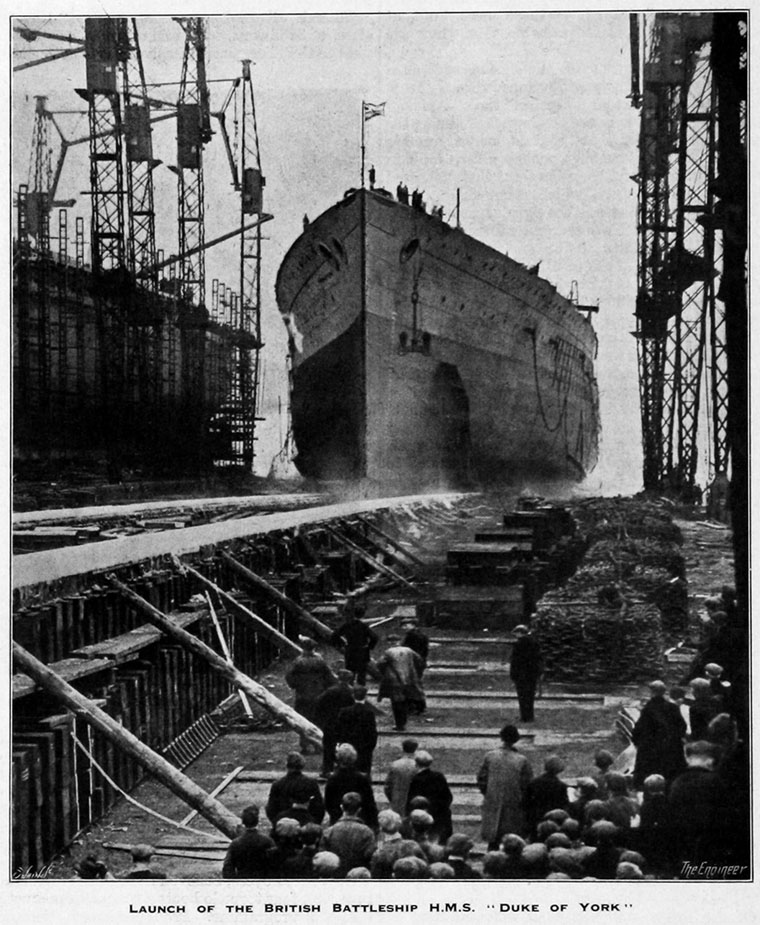 HMS Duke of York was a King George V-class battleship of the Royal Navy. Laid down in May 1937, the ship was constructed by John Brown and Co at Clydebank, Scotland, and commissioned into the Royal Navy on 4 November 1941, subsequently seeing service during the Second World War.

In 1945 Duke of York was assigned to the British Pacific Fleet as its flagship, but suffered mechanical problems in Malta which prevented her arriving in time to see any action before Japan surrendered.

After the war, Duke of York remained active until she was laid up in November 1951. She was eventually scrapped in 1957.