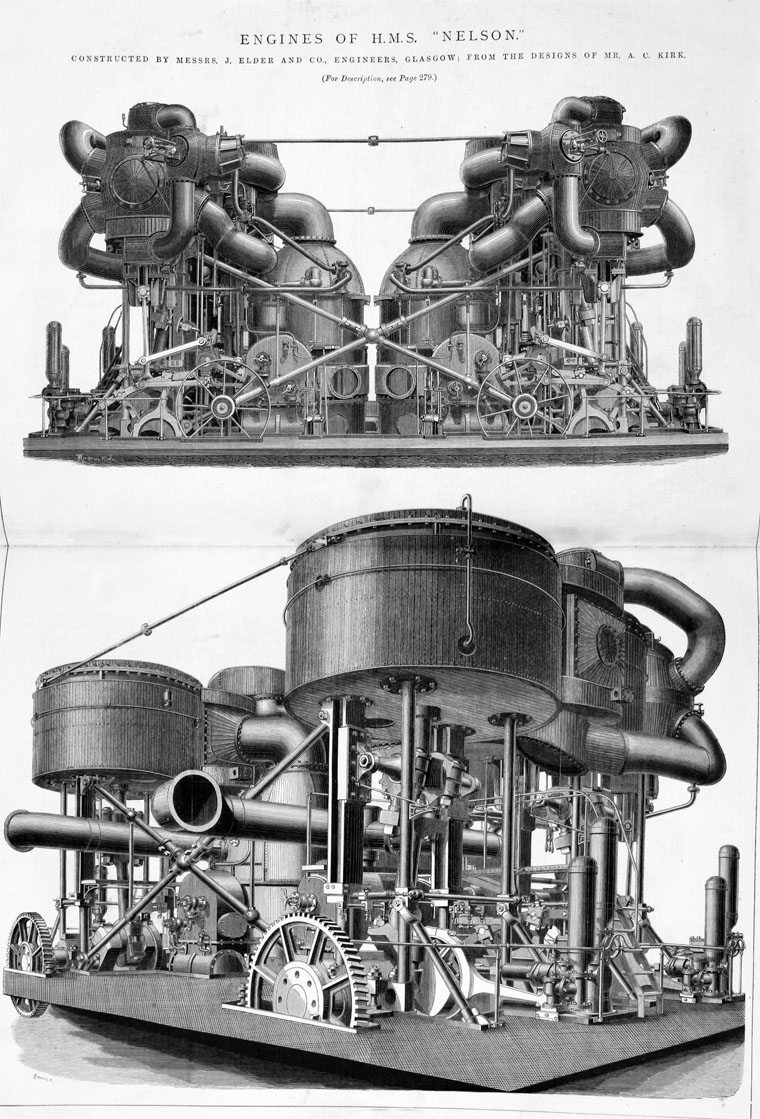 HMS Nelson was a flag-ship of the old Duke of Wellington; she had 121 guns, the last wooden three-decker built for the Royal Navy, and was first commissioned during the Crimean War

The following HMS Nelson was a Nelson-class armoured cruiser of the Royal Navy, built by John Elder and Co, Govan, Scotland and launched in 1876, commissioned in 1881, and sold for scrapping in 1910.[1]. The Nelson was built in Glasgow and completed in 1880. She was 280ft long, 60ft beam, and 7630 tons displacement. Her engines, by Elders, gave her a speed of fourteen knots. She was sheathed with zinc. Her side armour was 9in. and 6in. thick. She was stated in Brassey's "Naval Annual" to carry four 18-ton muzzle-loading guns, eight 12-ton muzzle-loaders, four 4.7in quick-fire guns and twenty quick firing guns of small calibre, eight machine guns, and one boat gun.[2]