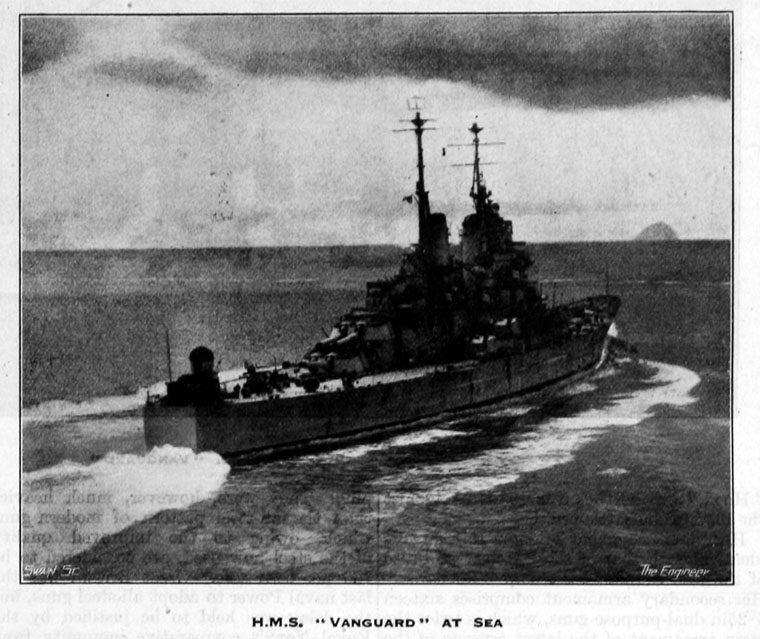 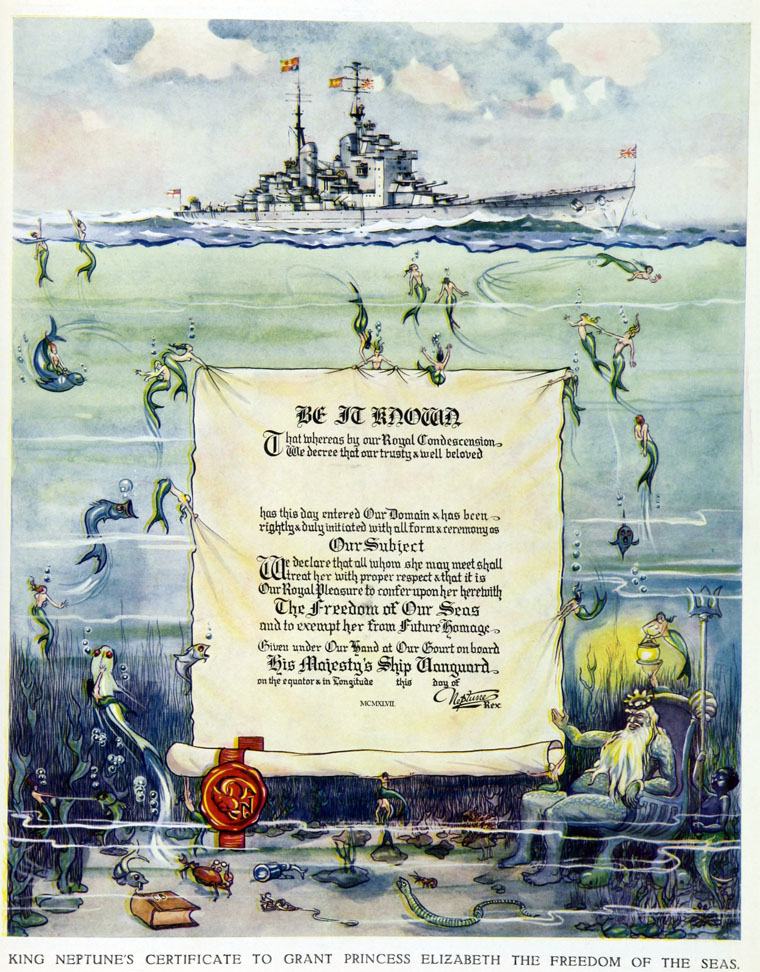 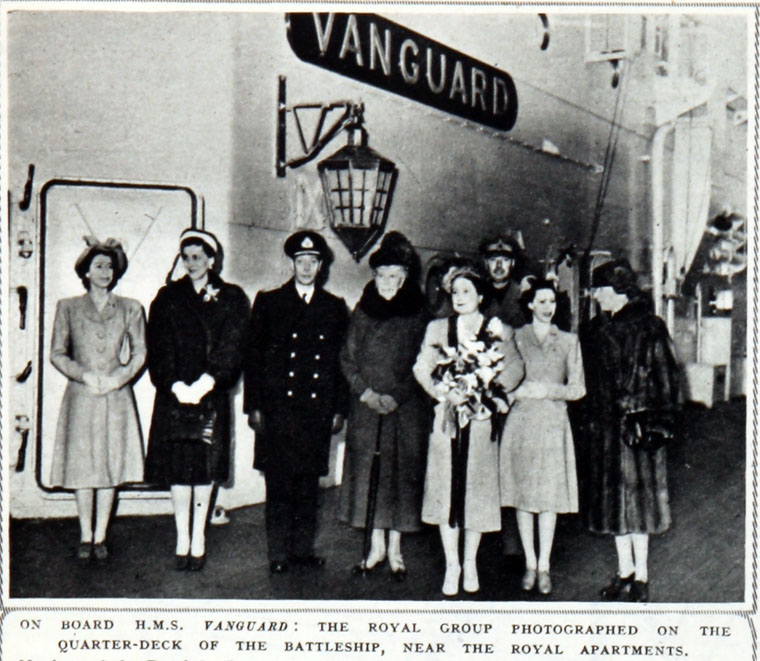 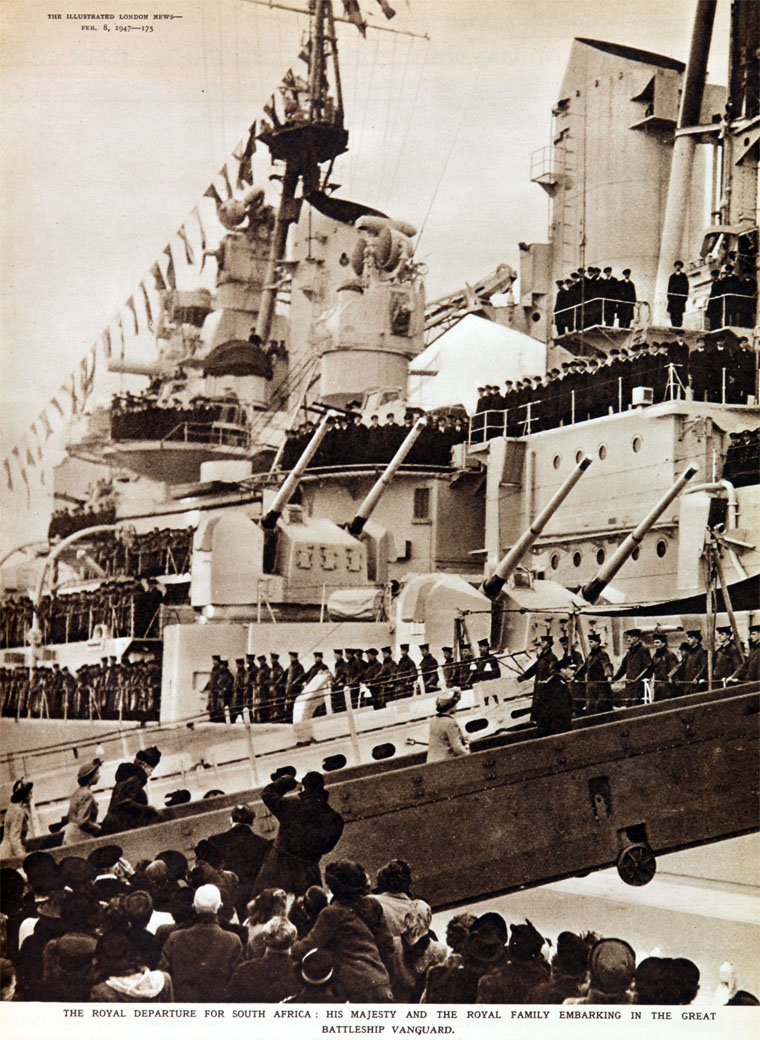 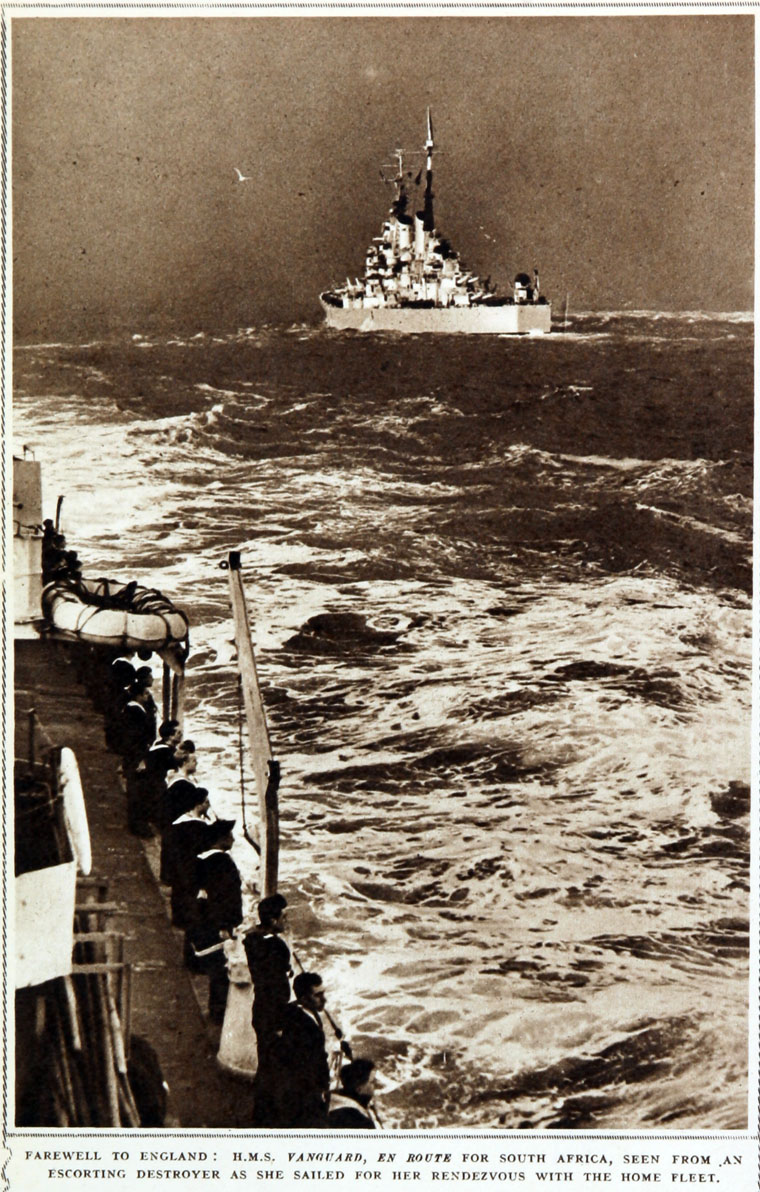 1947. Viewed from an escorting destroyer. 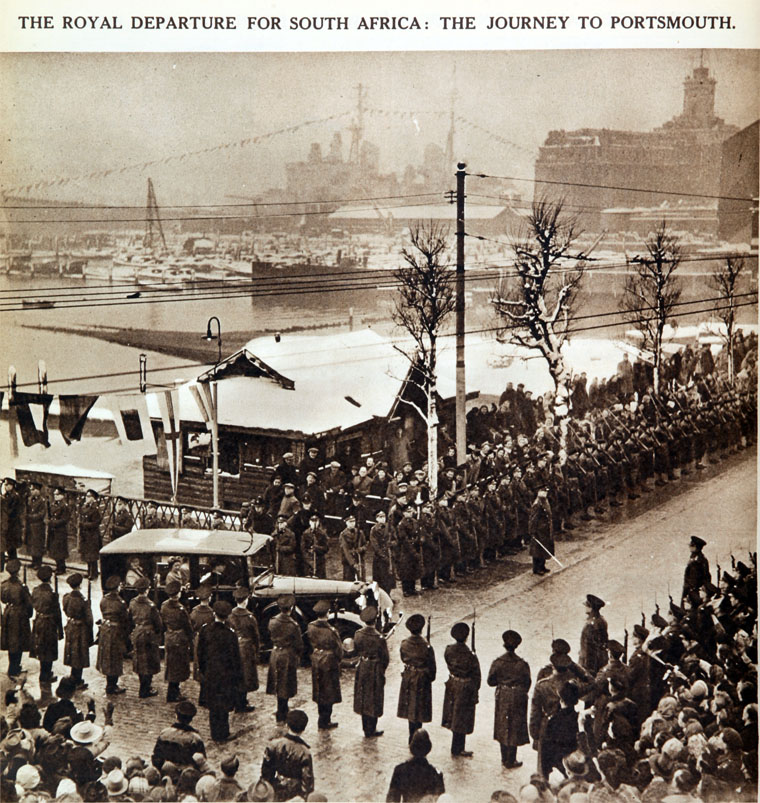 HMS Vanguard was a British fast battleship built during World War II and commissioned after the war. She was the only ship of her class, the biggest and fastest of the Royal Navy's battleships, and the last battleship to be launched in the world. Work on the ship's design commenced before the war because the Royal Navy anticipated being outnumbered by the combined German and Japanese battleships in the early 1940s. The British had enough 15-inch (381 mm) guns and turrets in storage to allow one ship of a modified Lion-class battleship design to be completed faster than the ships of that class that had already been laid down. Work on Vanguard was started and stopped several times during the war and even after construction had begun, her design was revised several times to reflect war experience. These stoppages and changes prevented her from being completed during the war.

Vanguard's first task after completing her sea trial at the end of 1946 was, early the next year, to convey King George VI and his family on the first Royal Tour of South Africa by a reigning monarch. While refitting after her return, she was selected for another Royal Tour of Australia and New Zealand in 1948. This was cancelled due to King George's declining health and Vanguard briefly became flagship of the Mediterranean Fleet in early 1949. After her return home in mid-1949, she became flagship of the Home Fleet Training Squadron. Throughout her career, the battleship usually served as the flagship of any unit to which she was assigned. During the early 1950s, Vanguard was involved in a number of training exercises with NATO forces. In 1953 she participated in Queen Elizabeth II's Coronation Review. While she was refitting in 1955, the Admiralty announced that the ship was going to be put into reserve upon completion of the work. Vanguard was sold for scrap and was broken up beginning in 1960."[1]

"The " Vanguard " is the largest British warship ever built. Her officially estimated standard displacement is 42,500 tons, or 400 tons greater than that of the late battlecruiser "Hood." Her deep load displacement must therefore be over 50,000 tons. Her length is 840ft, compared with the 860ft of the "Hood," but her beam is 108ft, as against the 105ft of the battle-cruiser. ....although the " Vanguard's" main guns are not modern, their disposition, together with their up-to-date control equipment, incorporating the very latest system of radar direction, should render them more effective than the weapons carried in earlier battleships.[2]