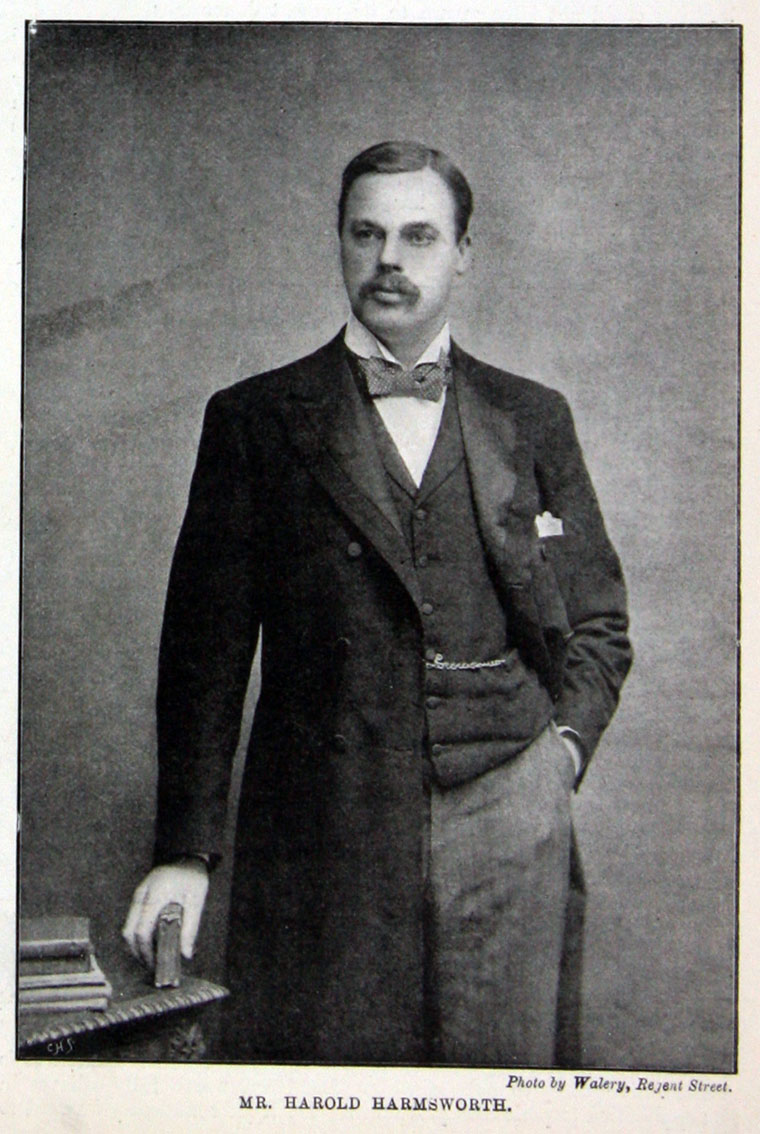 1890 Alfred and Harold launched Comic Cuts, a pictorial magazine aimed at adults who read little or nothing. Together the brothers built up the Amalgamated Press Company, whose profits soon reached £50,000 a year; within five years Answers alone was recording net weekly sales of more than 1 million copies.

1894 He and his brother purchased the Evening News for £25,000; it soon became a valuable property.

1896 The brothers launched the Daily Mail, a daily newspaper for the lower middle-class clerks and office workers travelling daily to the City.

They founded the Daily Mirror that, by 1914, Alfred had turned over to Harold.

1916 Became the director-general of the royal army clothing department

1918 Both Rothermere and Trenchard resigned after an argument between them which was elevated to the highest levels of government.

1922 After the death of his brother, Harold acquired his controlling interest in Associated Newspapers, for £1.6 million, selling The Times.

c.1926 Moved into provincial newspapers, challenging the supremacy of the Berry brothers, who had acquired Amalgamated Press.

1928 Formed Northcliffe Newspapers Ltd and declared his intention of starting a chain of evening papers in the main provincial cities. The consequent 'newspaper war' of 1928–9 resulted in him founding new evening papers in Bristol and Derby, and obtaining a controlling interest in Cardiff's newspapers.

By the end of 1929 he owned 14 daily and Sunday newspapers, with a substantial holding in another three.

1931 Sold his interest in Beaverbrook's papers

1934 Commissioned the construction of an aircraft (the "Britain First") which he offered in August 1935 to the Royal Air Force as a "peace gift"; it later became the Blenheim bomber.

1937 Handed control of Associated Newspapers to his son