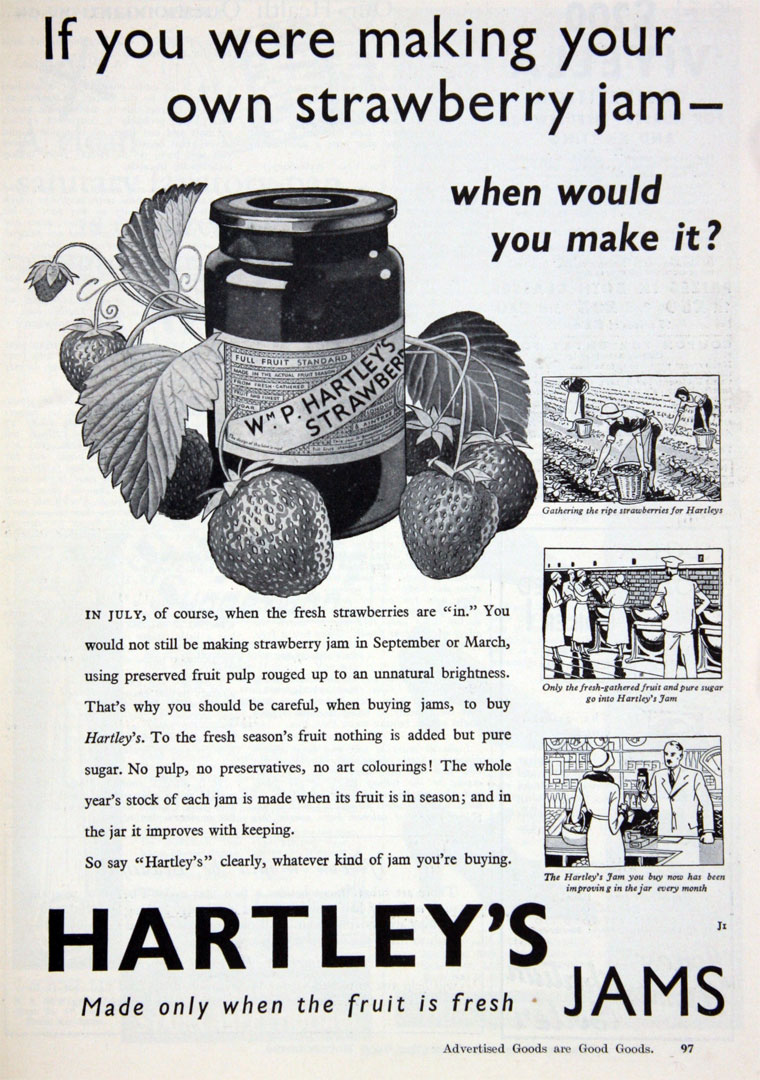 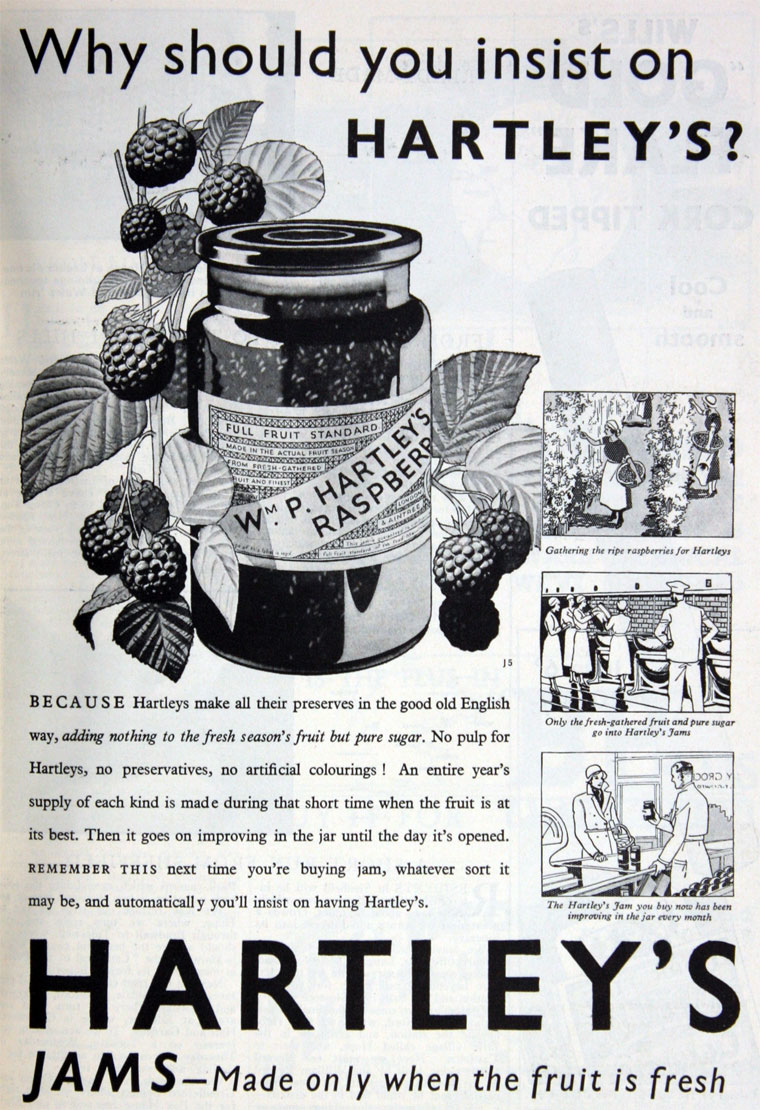 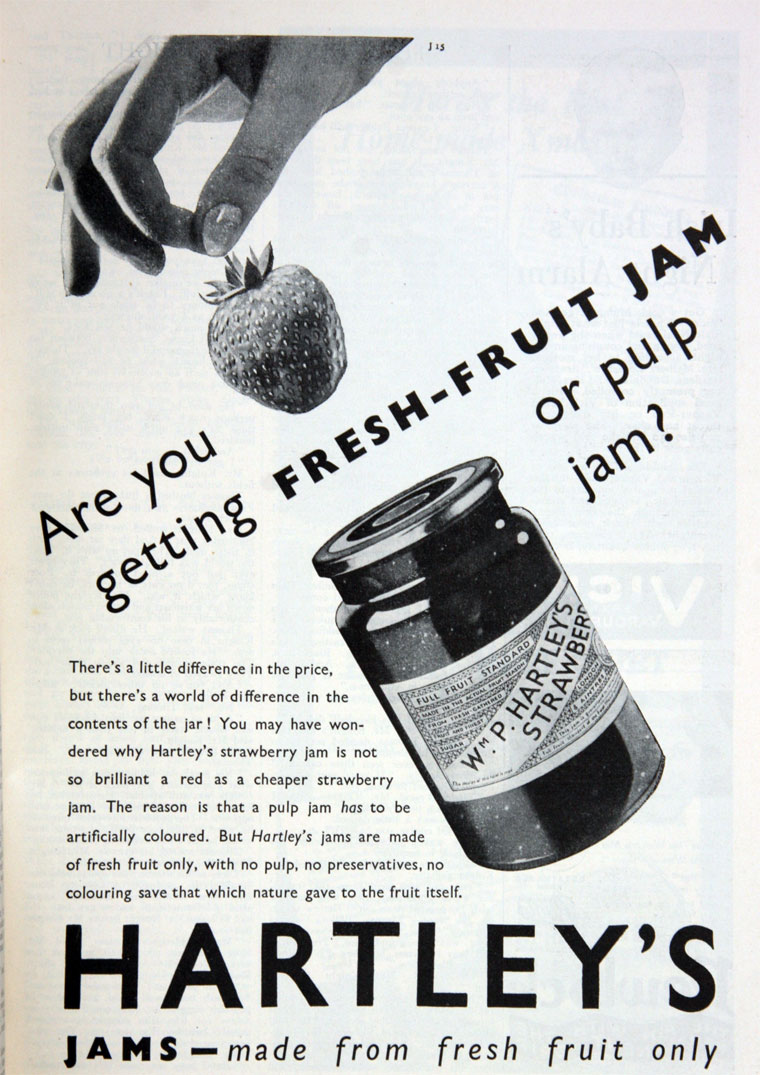 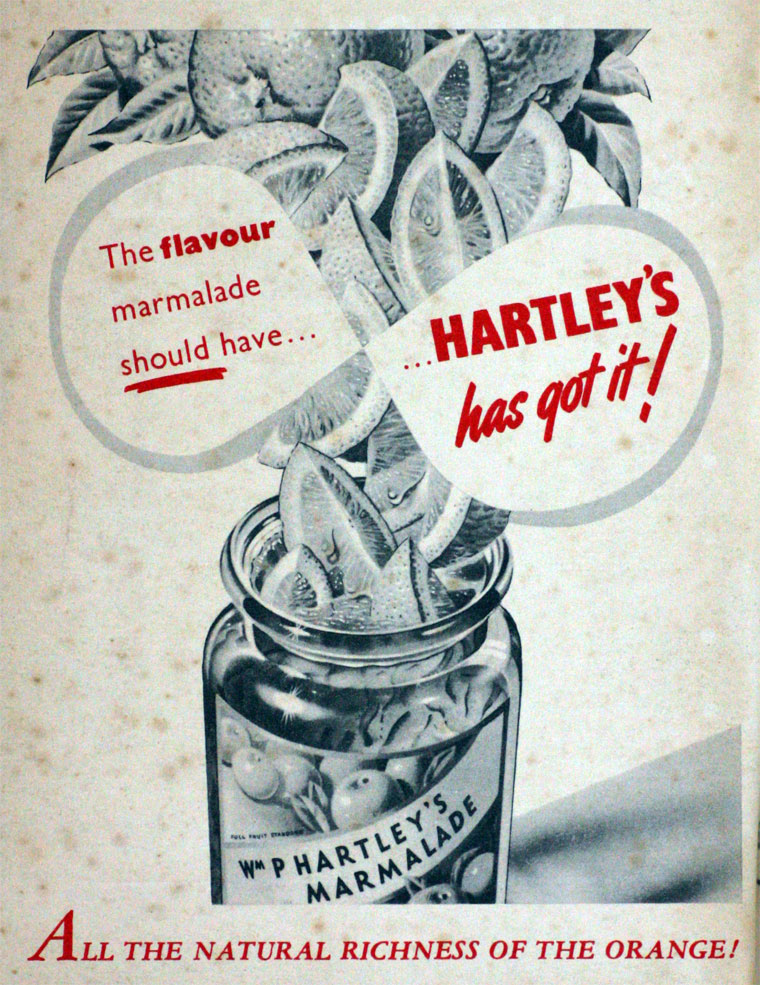 Hartley's is a UK brand of marmalades and jams

Hartley's was a grocers founded by Sir William Pickles Hartley near Pendle, Lancashire.

1871 A supplier failed to deliver a consignment of jam, so William made his own which was produced from his own fruit and packaged in his own design earthenware pots.

1874 After William's jam began selling well, the business moved to Bootle, Liverpool and marmalade and jelly was also produced.

1884 The business was incorporated as William Hartley and Sons Limited.

1885 The business moved to Aintree, where Hartley Village was built for the workers.

1919 the business was formed into a limited liability company.