1914. Exhibit at the Franschhoek Motor Museum. 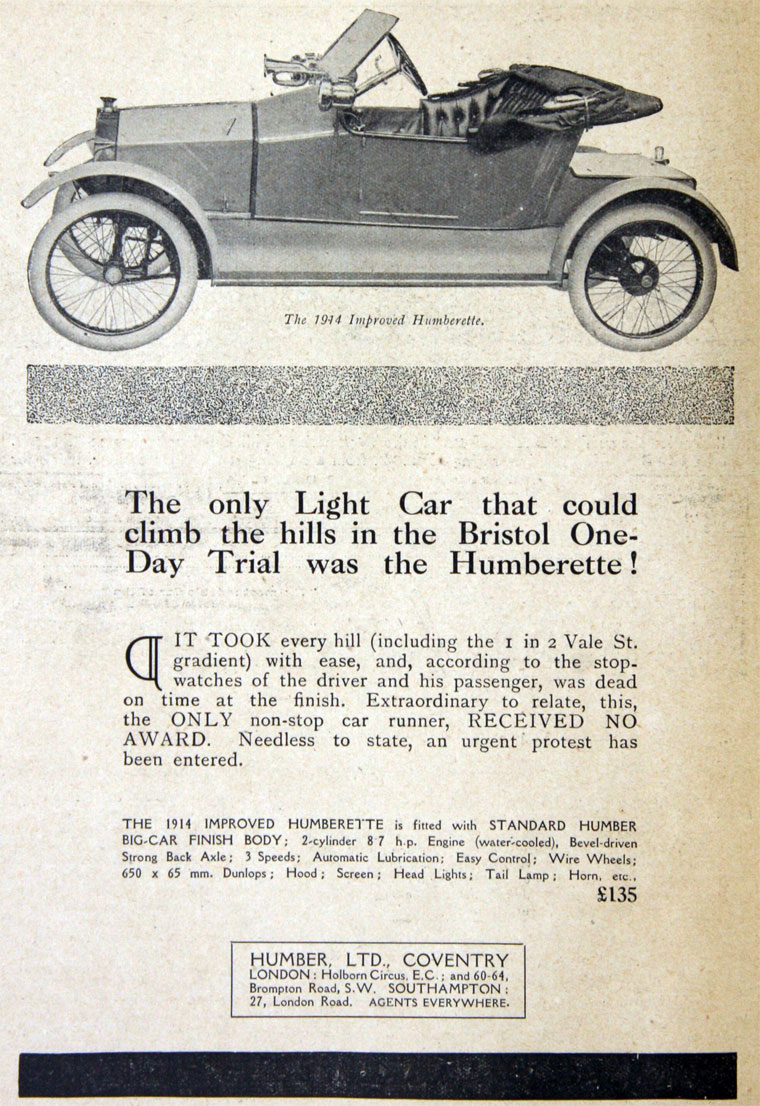 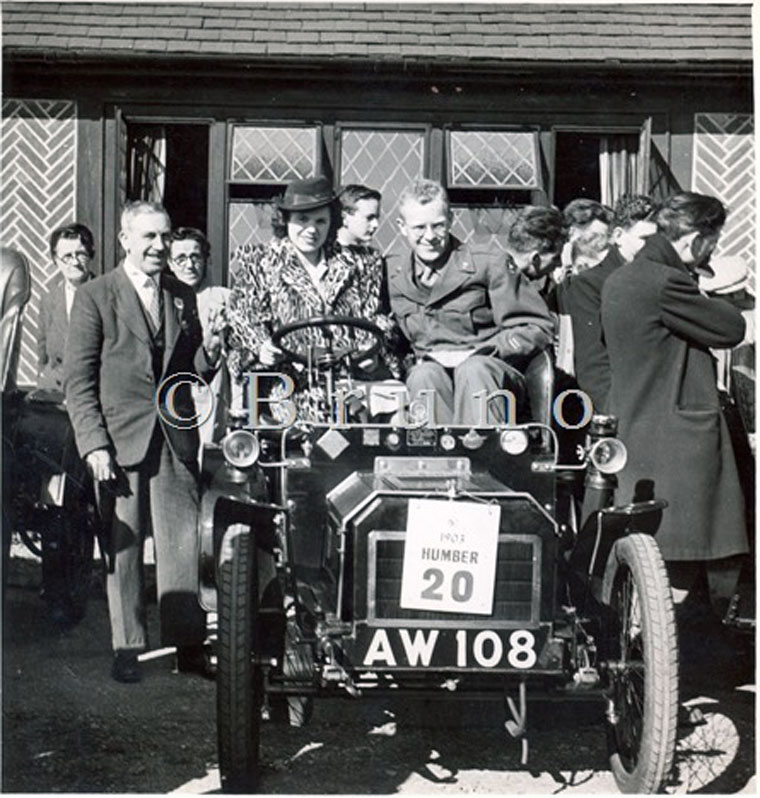 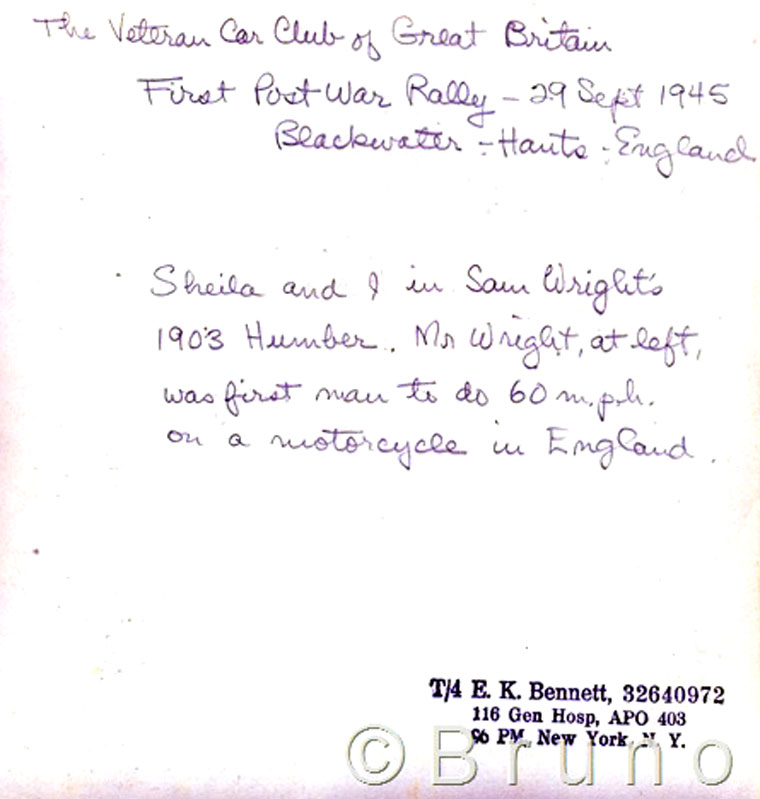 Note: This is a sub-section of Humber: Cars.

Two forward and one reverse speed and shaft drive to a live axle. The Royal version had artillery style wheels as opposed to the wire ones.

1903 Humber began volume car production with a lightweight two-seater on a tubular chassis fitted with wire wheels and powered by a copy of a De Dion-Bouton single-cylinder engine.

The vehicle was produced in both Humber's Beeston and Coventry factories, the former making cars to a higher specification.

For 1904 a 6.5 hp version was introduced and had a three-speed gearbox.

They are also notable for being the first volume-produced British motorcars.