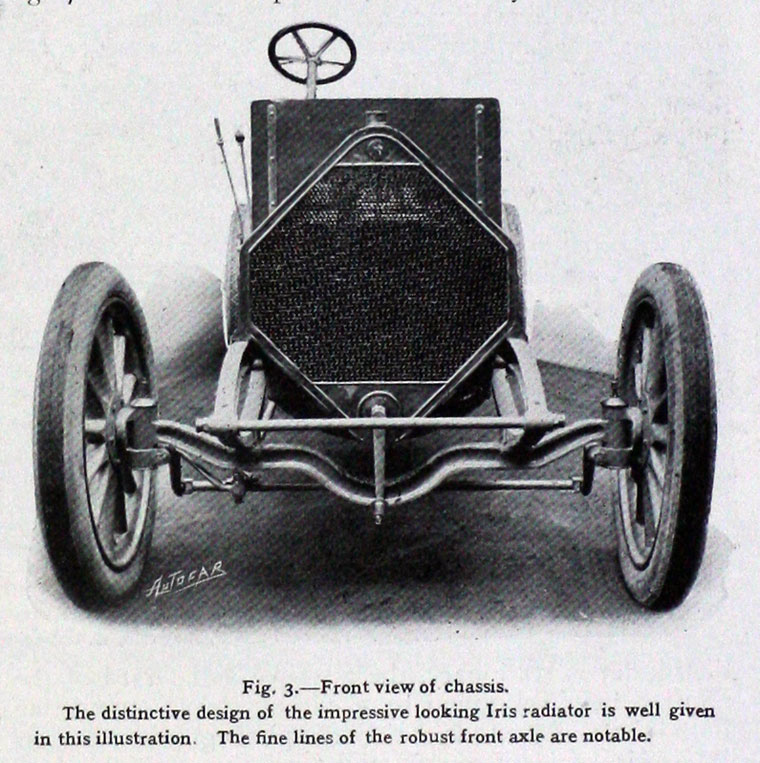 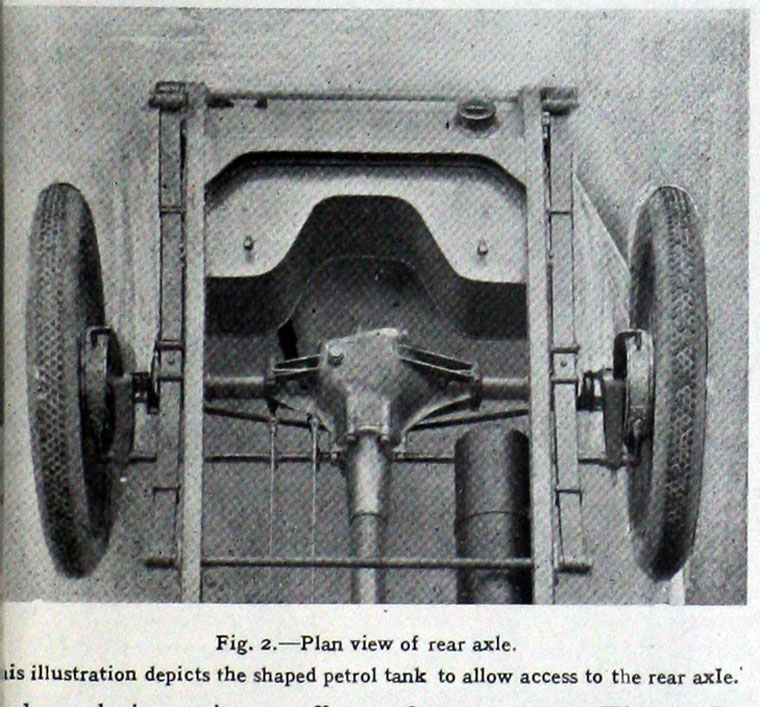 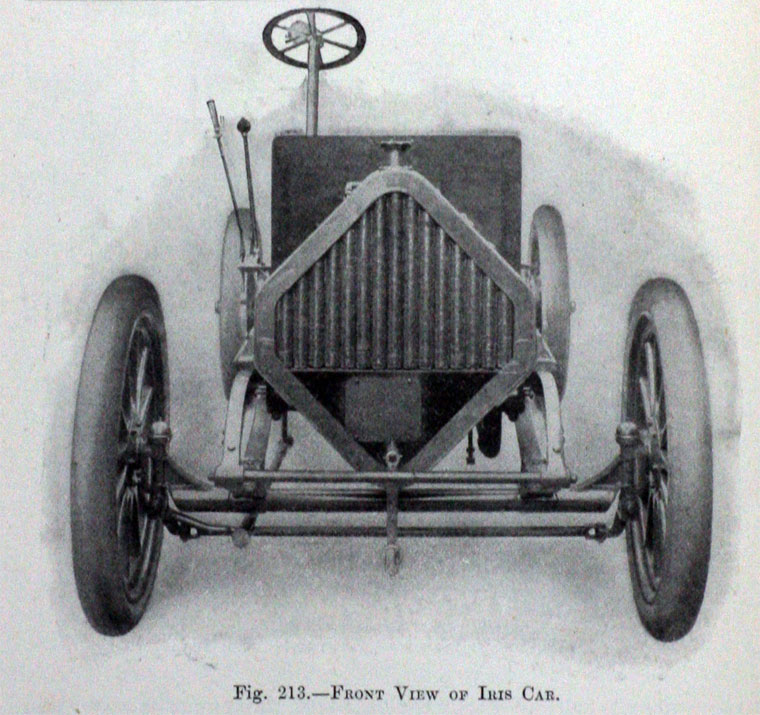 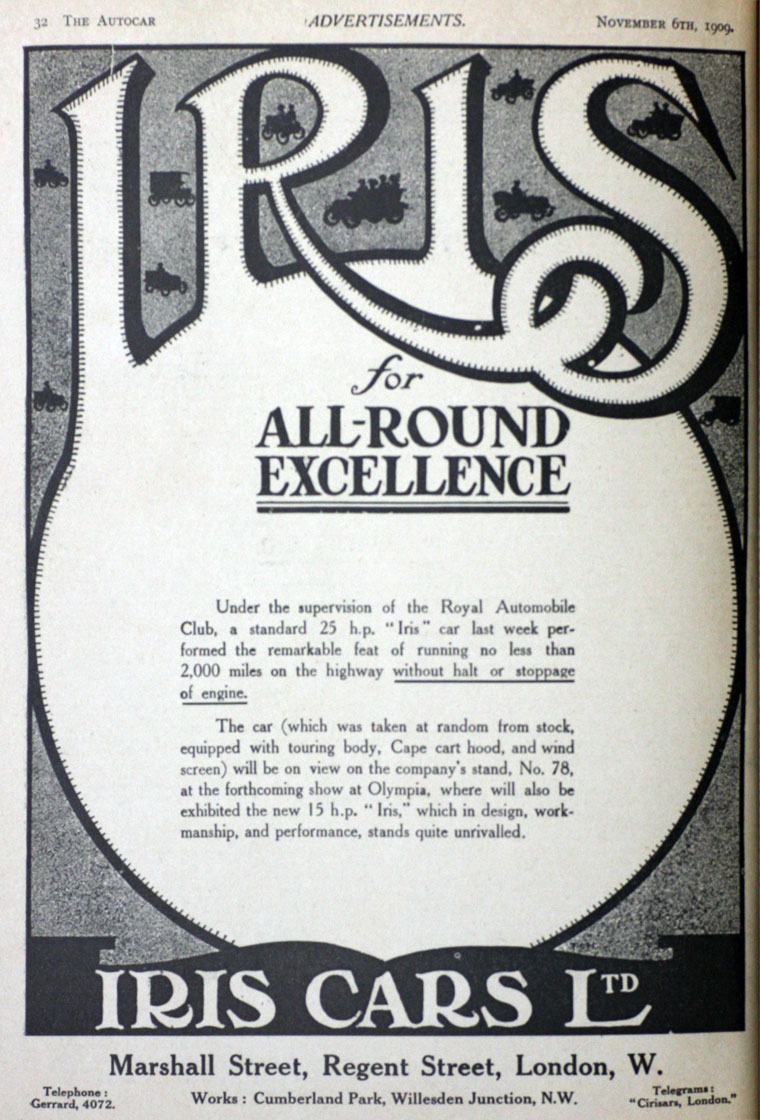 1902 The motorcycle was fitted with their own make of 2.5hp water-cooled engine, fitted into a diamond bicycle frame. The belt drive had a free-engine pulley to act as a clutch. It also had a hand starter. The front part of the tank acted as the radiator for the cooling system, with air tubes running from the front and exiting along each side.

1903 Added to the previous model was a 5hp water-cooled V-twin, with the engine fitted into a loop frame but all the other features retained.

1904 The models continued, the radiator was improved and air-cooled models were also listed.

1904 Formation of Legros and Knowles to make motor cars. The car designer was M. de Havilland (could this be Ivon Molesworth de Havilland?).

1910 Built a 45 hp engine for de Havilland, to de Havilland's own design, which was used in the F.E.1 (Farman Experimental) aircraft and Gamma airship.