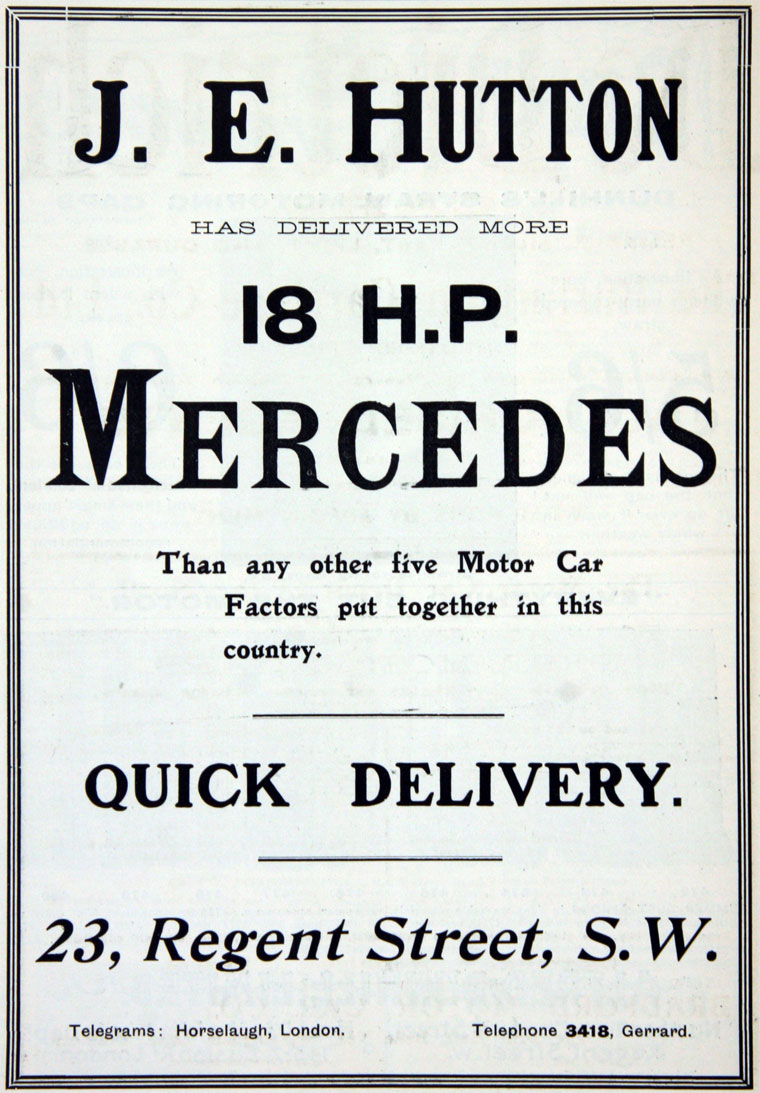 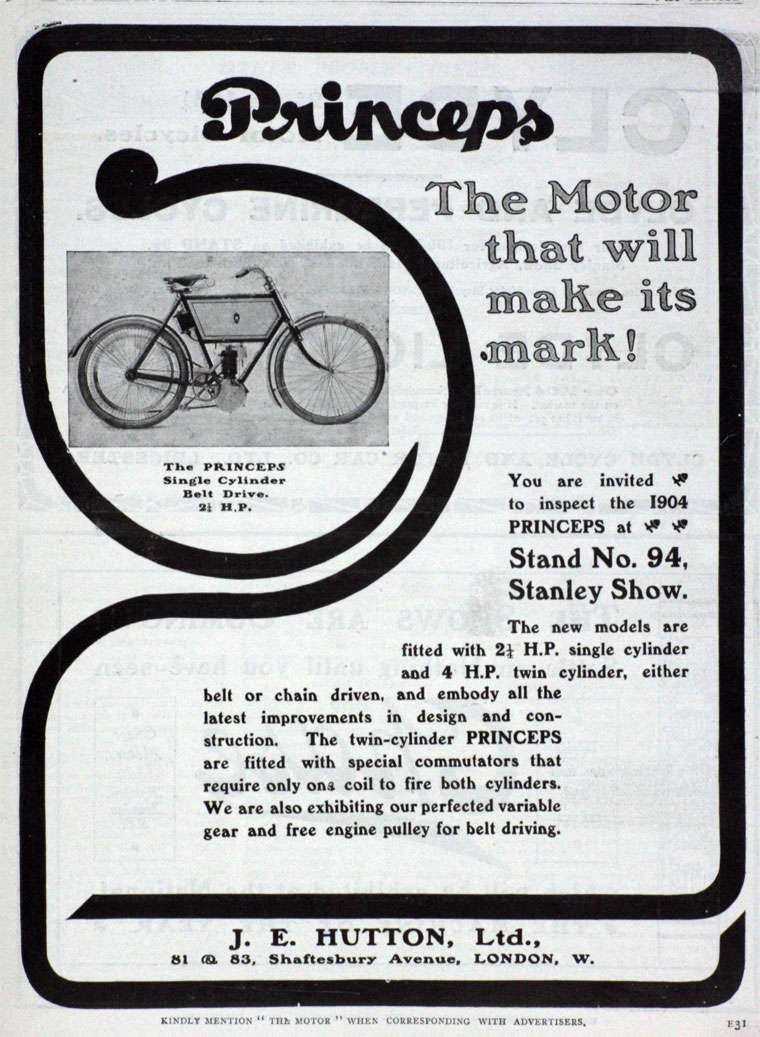 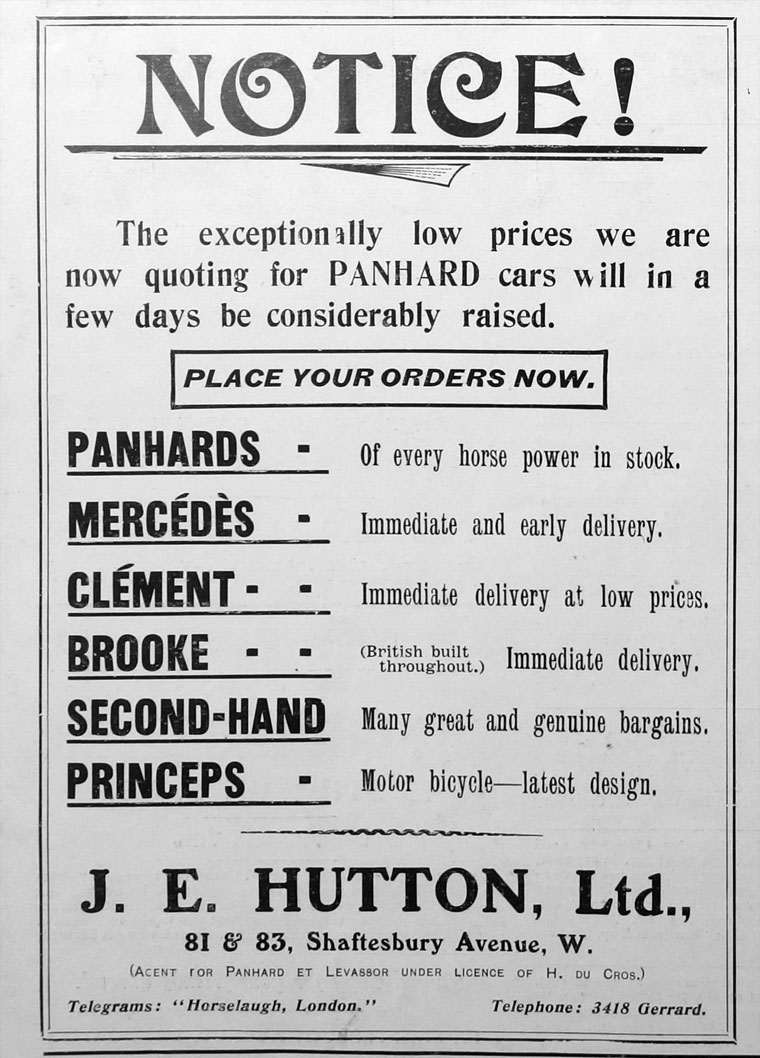 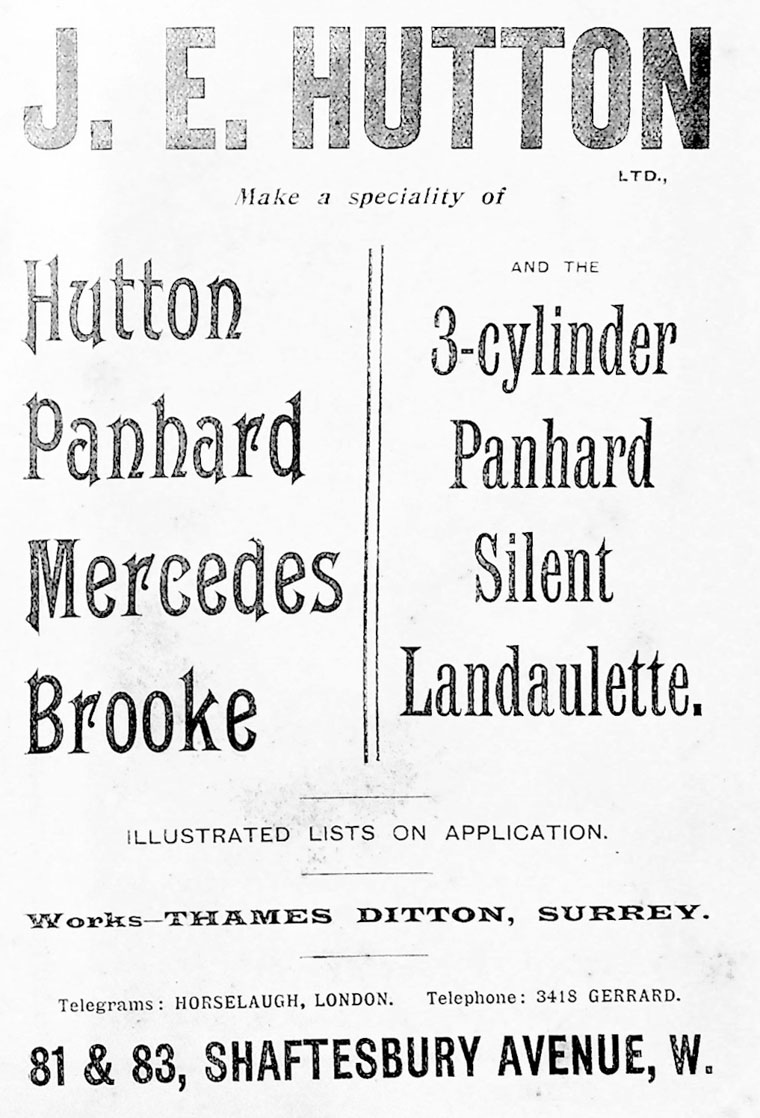 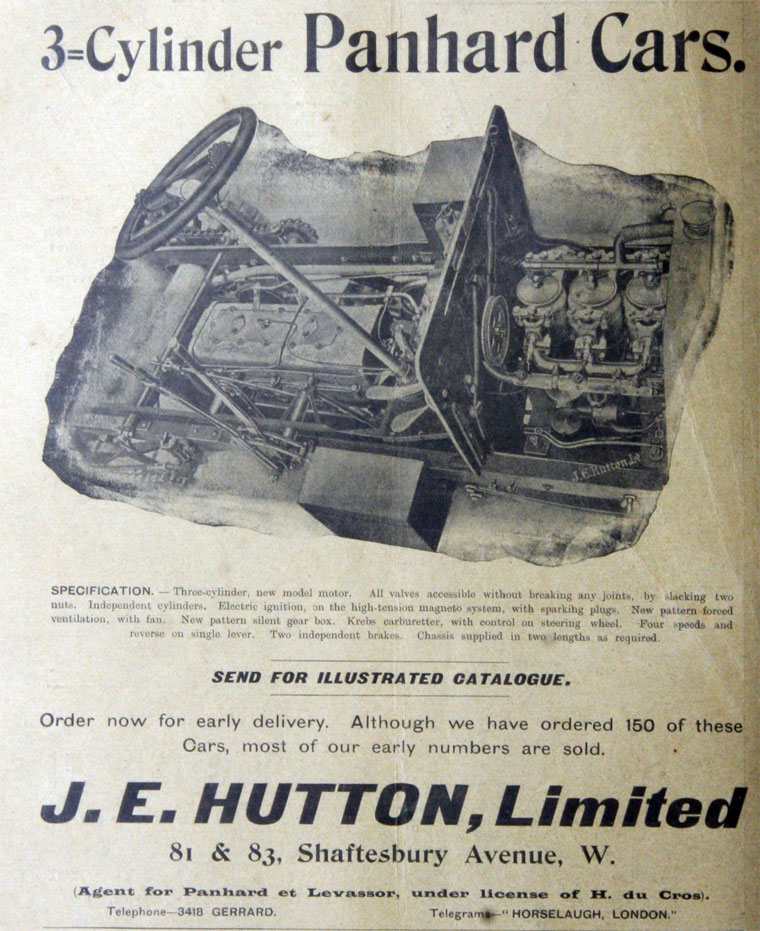 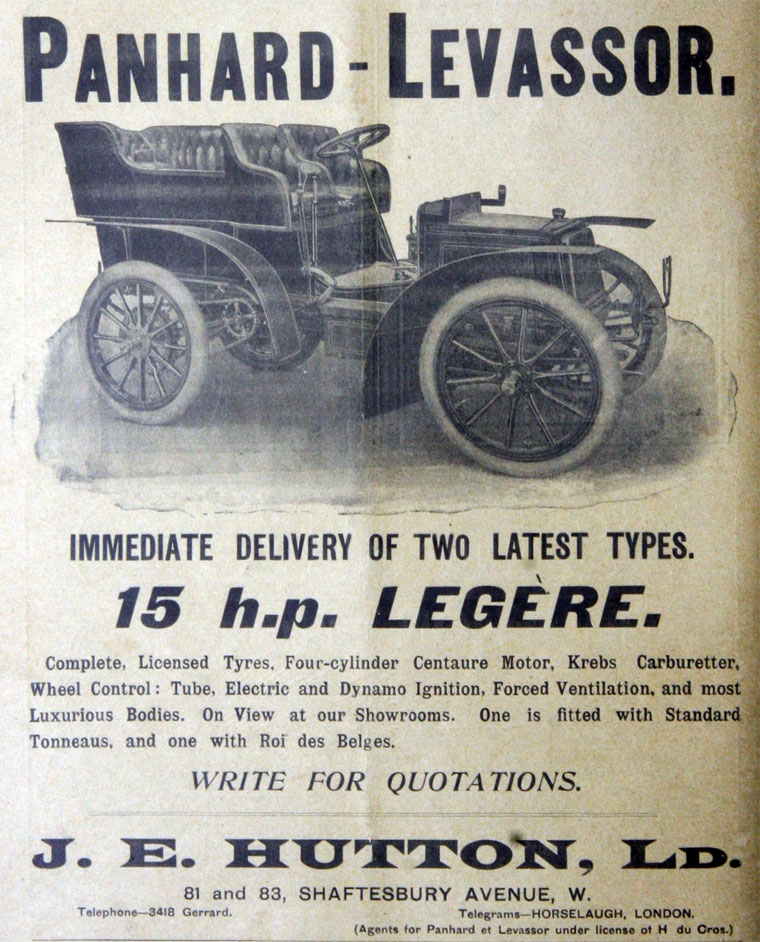 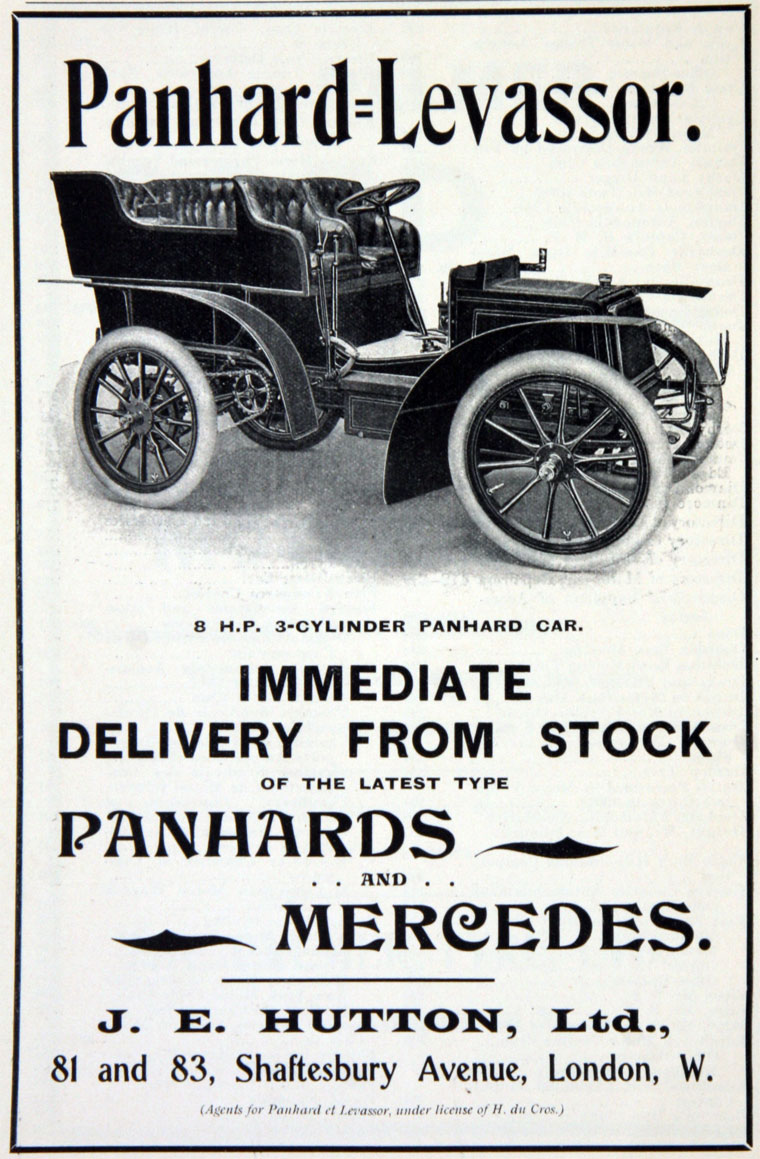 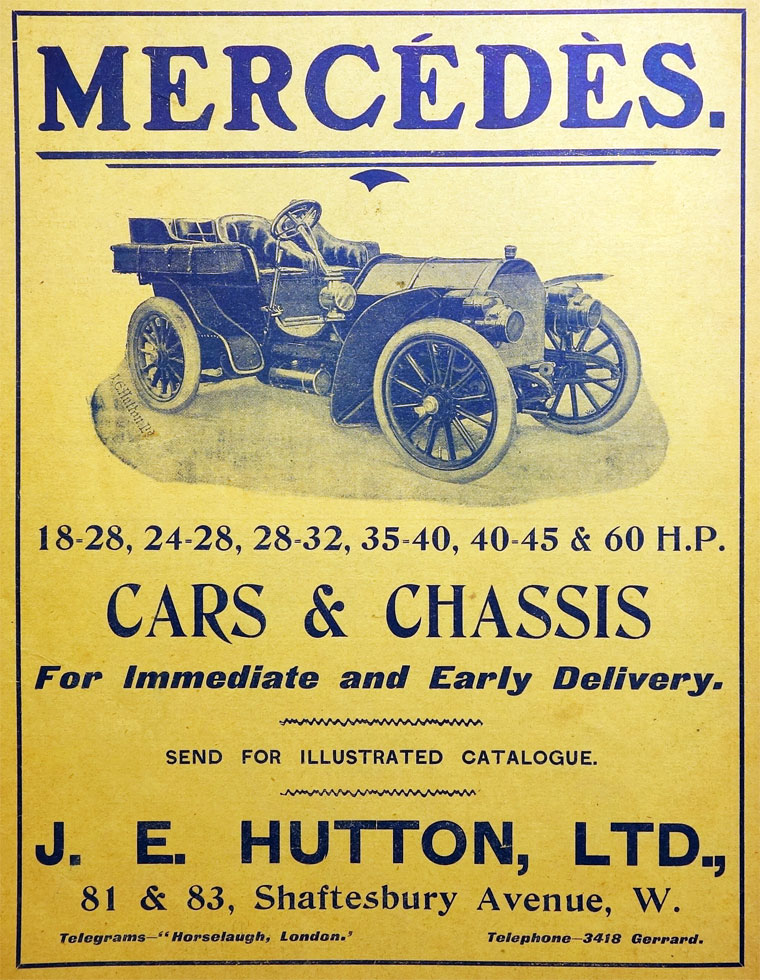 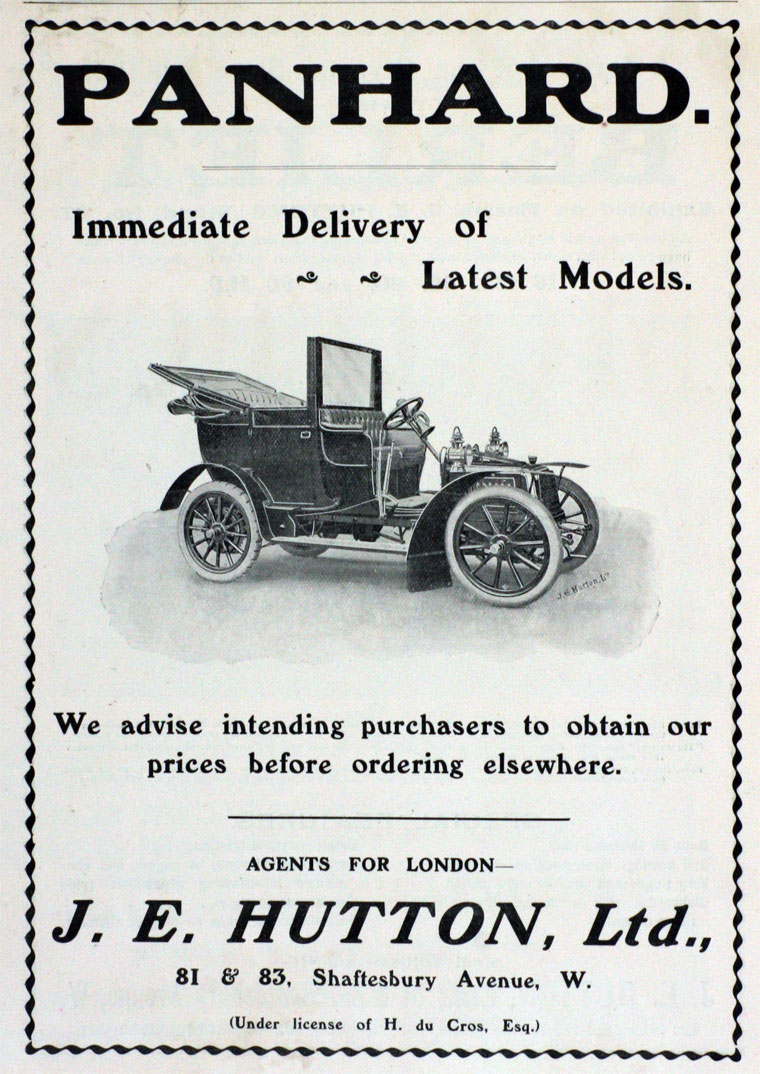 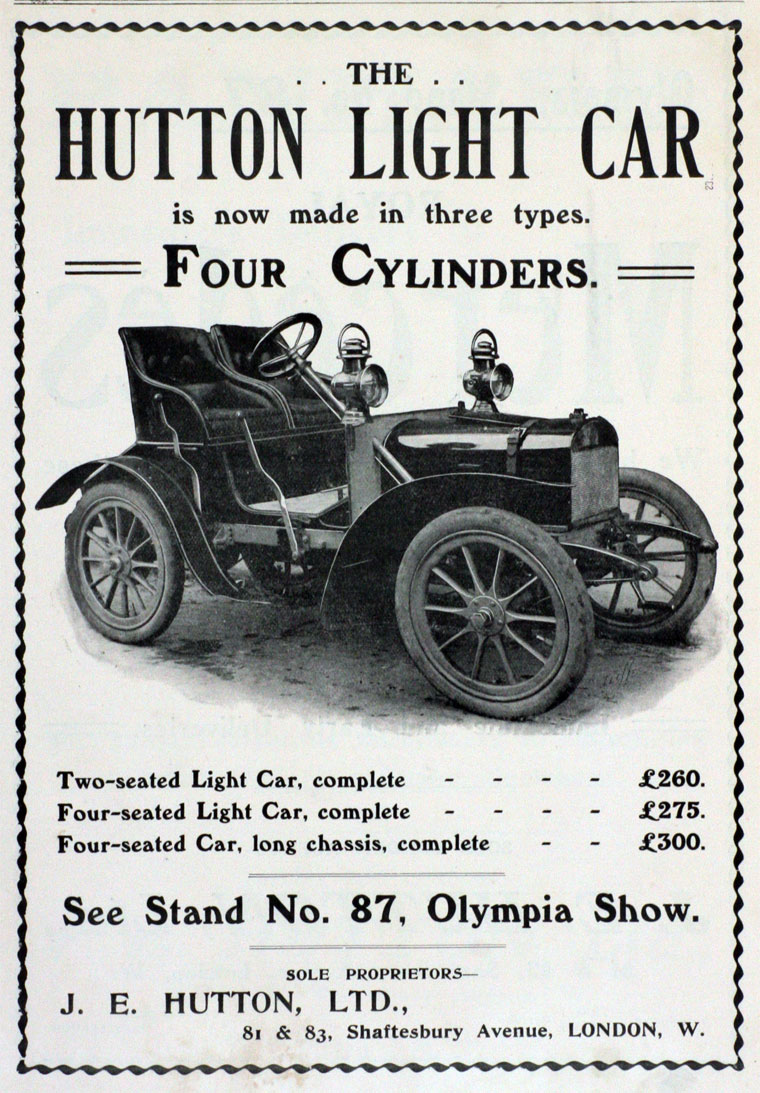 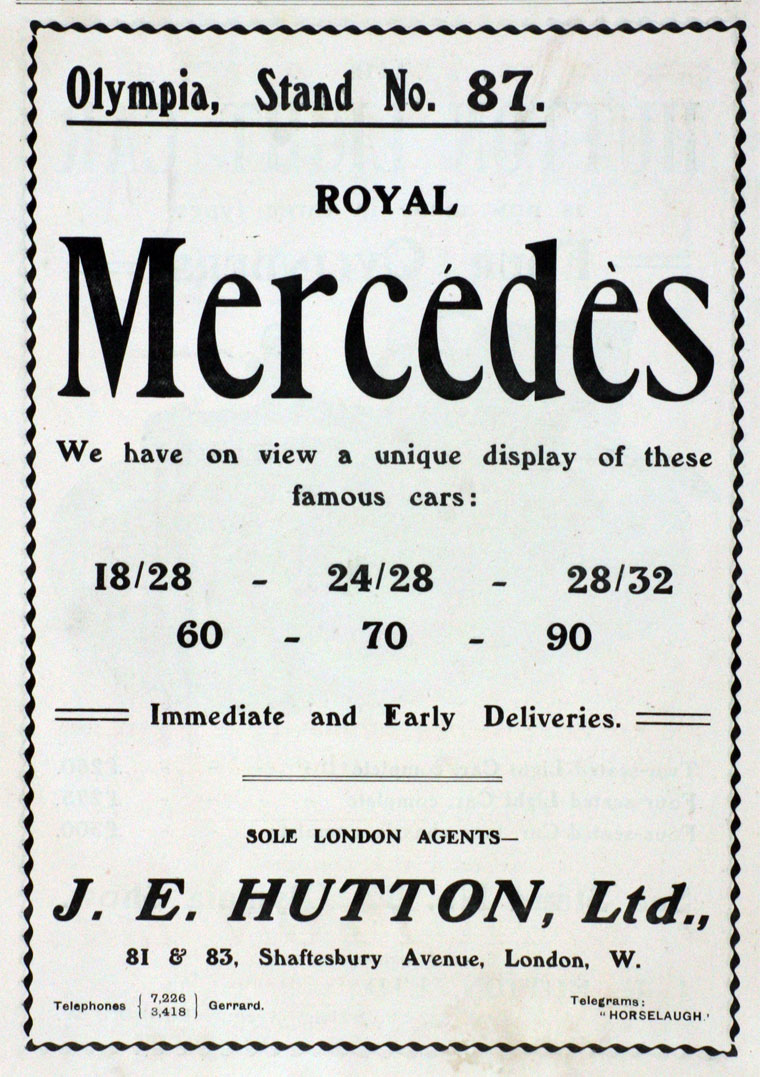 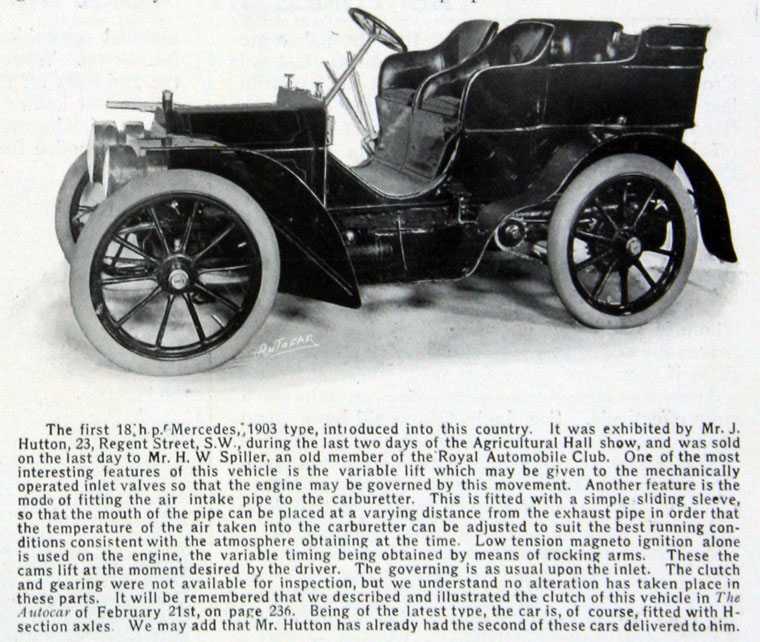 May 1906. Mercedes imported by Ducros Mercedes. 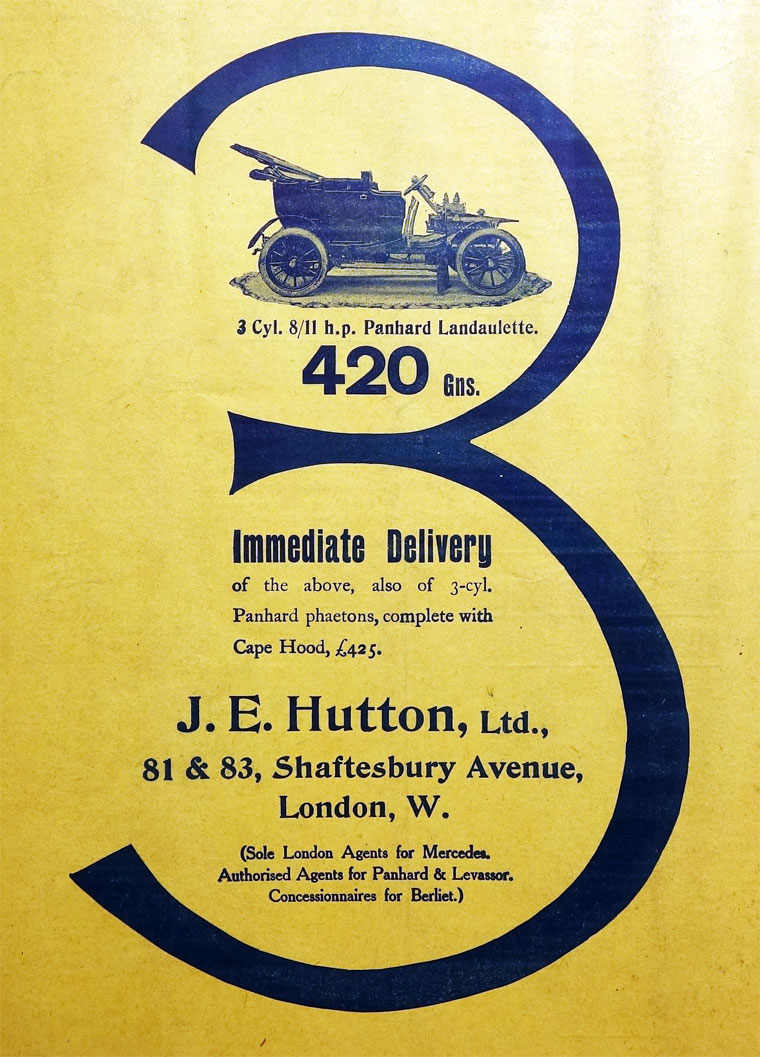 1906 Agents for Panhard and Mercedes; associated with J. E. Hutton and W. Watson, of Liverpool, who were sole concessionaires for Berliets.

1908 The Company was wound up voluntarily; L. Curtis Rawlence was Chairman of the Meeting.[11]

Princeps were motorcycles produced between 1903 and 1905 and sold by J. E. Hutton Ltd.

The choice of belt or chain drive was offered to customers, and the range comprised a 2.25hp single and a 4hp V-twin, plus a forecar.

There was talk of a five-speed gear and free-engine metal-to-metal clutch, but the slump in trade soon put an end to the make.