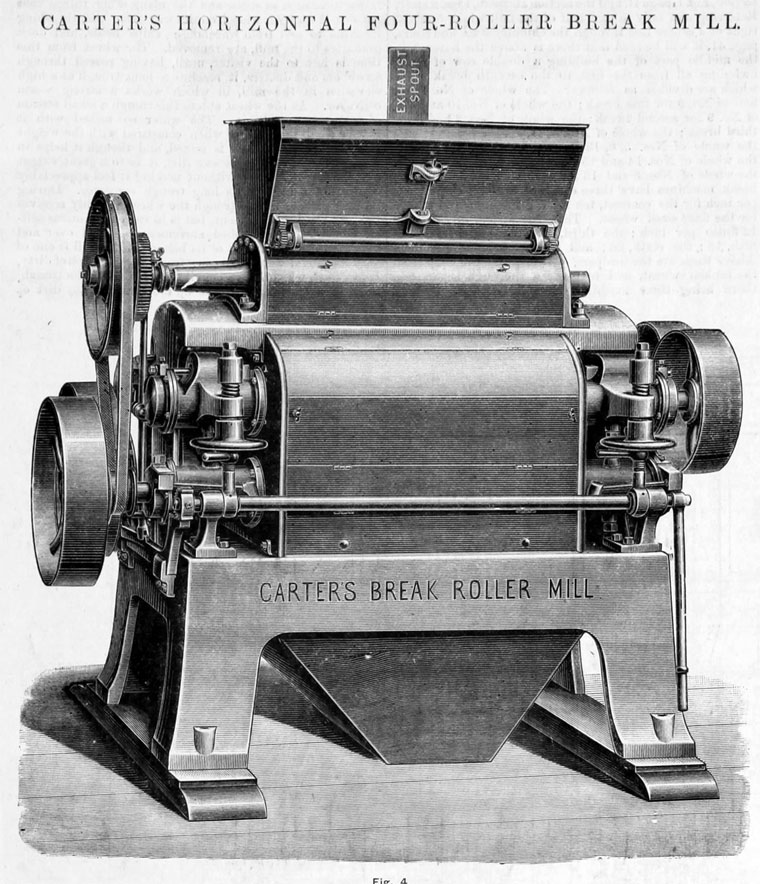 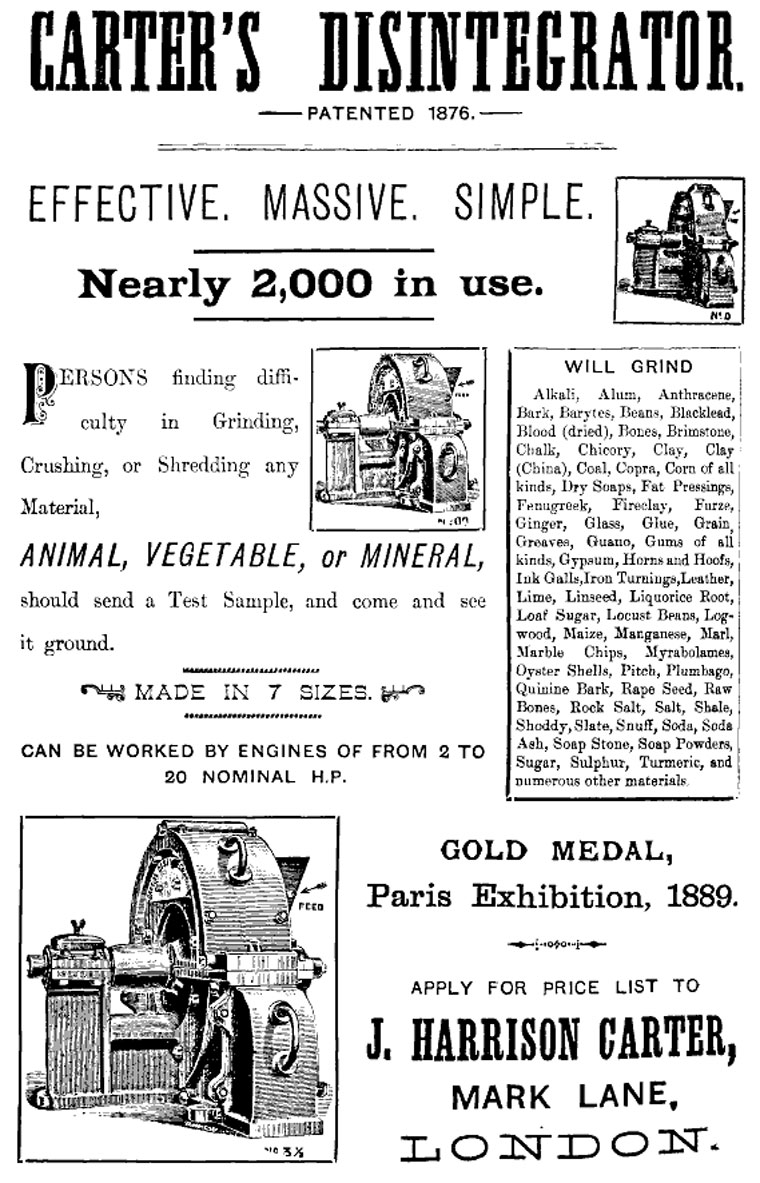 1873 James Harrison Carter set up a mill-furnishing business with his brother.

1881 Carter displayed six machines at the 1881 Islington Exhibition of machinery, involving "fluted rollers" (for reductions of the wheat) produced by Escher, Wyss and Co together with smooth rollers (used for the middlings) produced by E. R. and F. Turner.

c.1882/3 Turners also started producing the break rolls, replacing Escher Wyss as supplier. Carter was responsible for the marketing, installation and commissioning of the complete plant.

1889 The business continued to exhibit as Mr J. Harrison Carter of London[1]

1891 February. Exhibit at the 1891 Stanley Cycle Show of chain lubricator on the Rover cycle (presumably the chain driven 'Rover' Safety Bicycle made by John Kemp Starley).

1892 Mr Harrison Carter, of London, was the name used for an exhibit of amagnetic separator and other devices[2] 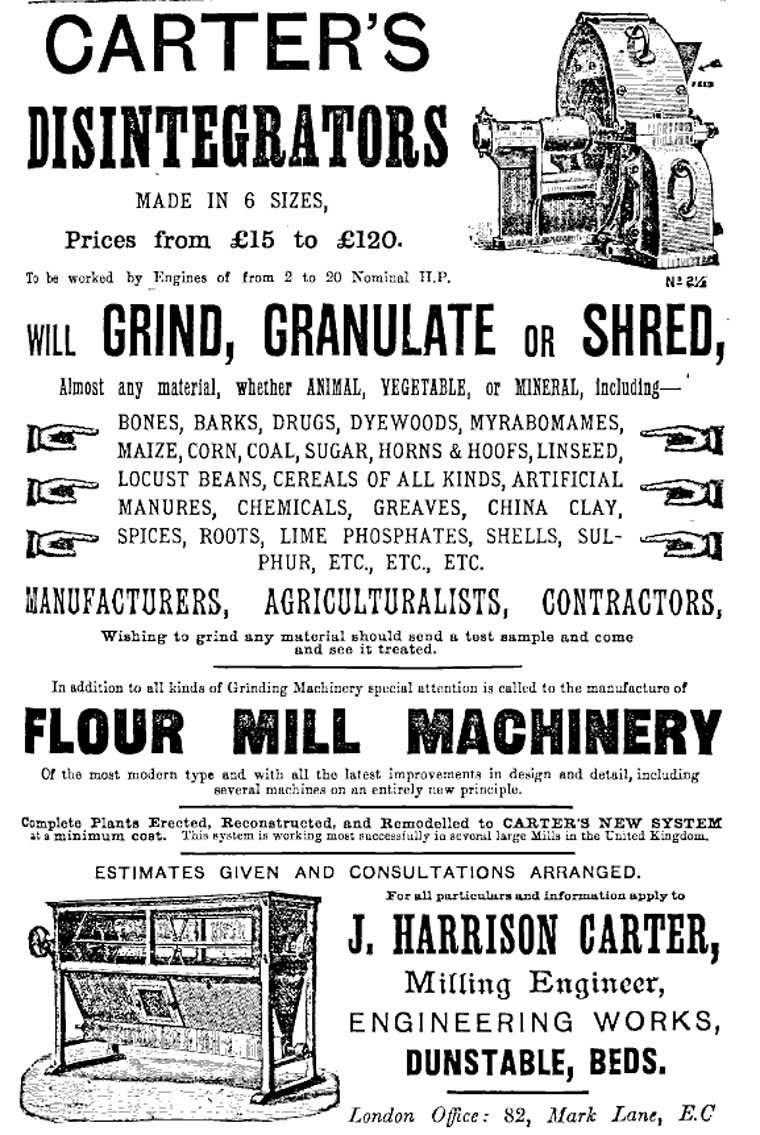 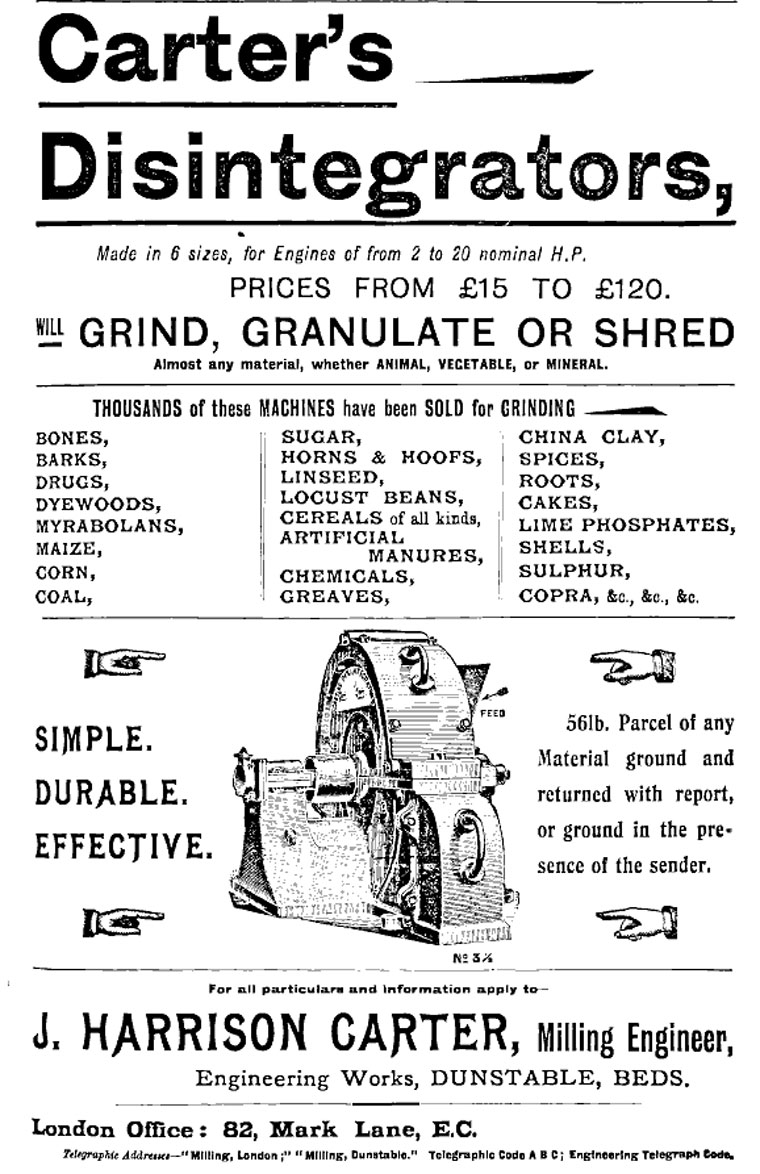 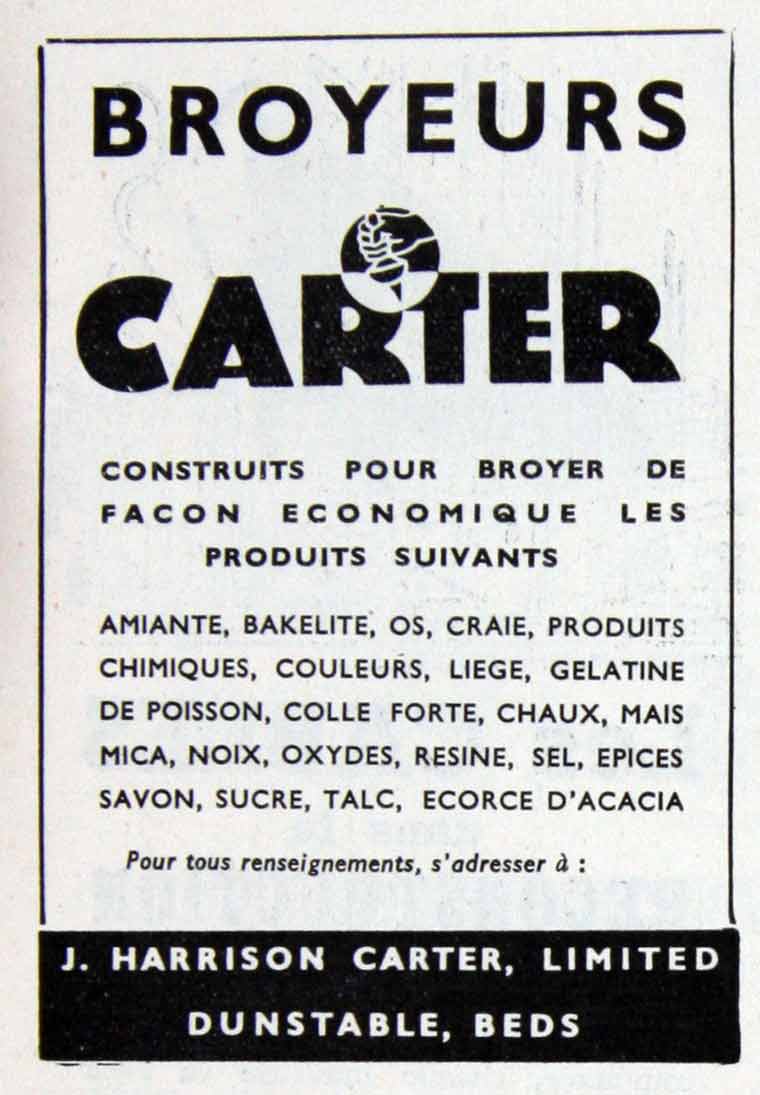 1894 James Harrison Carter came out of retirement, announcing he was to "set up a milling engineering firm in Dunstable". He worked in this establishment until his death in 1906

1986 The winding up was completed; meeting held at the company's offices in Ipswich[7]