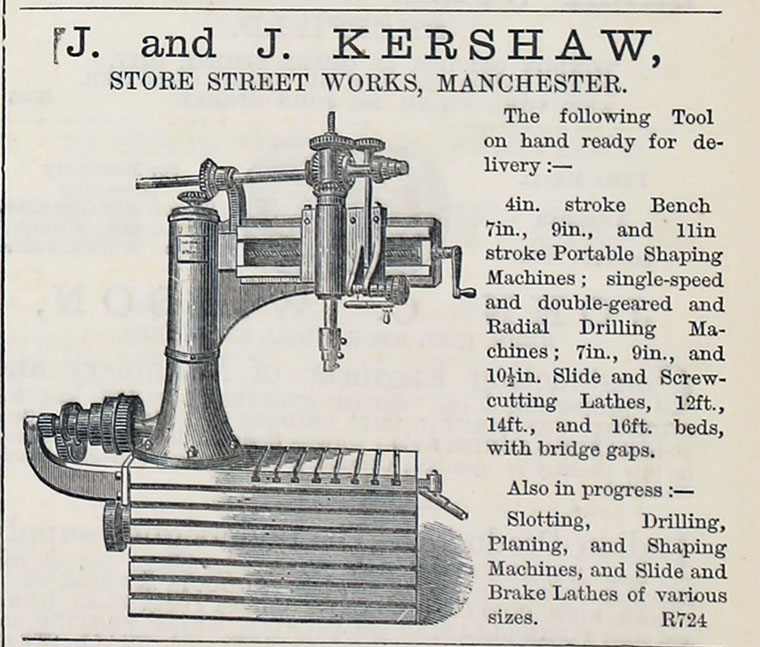 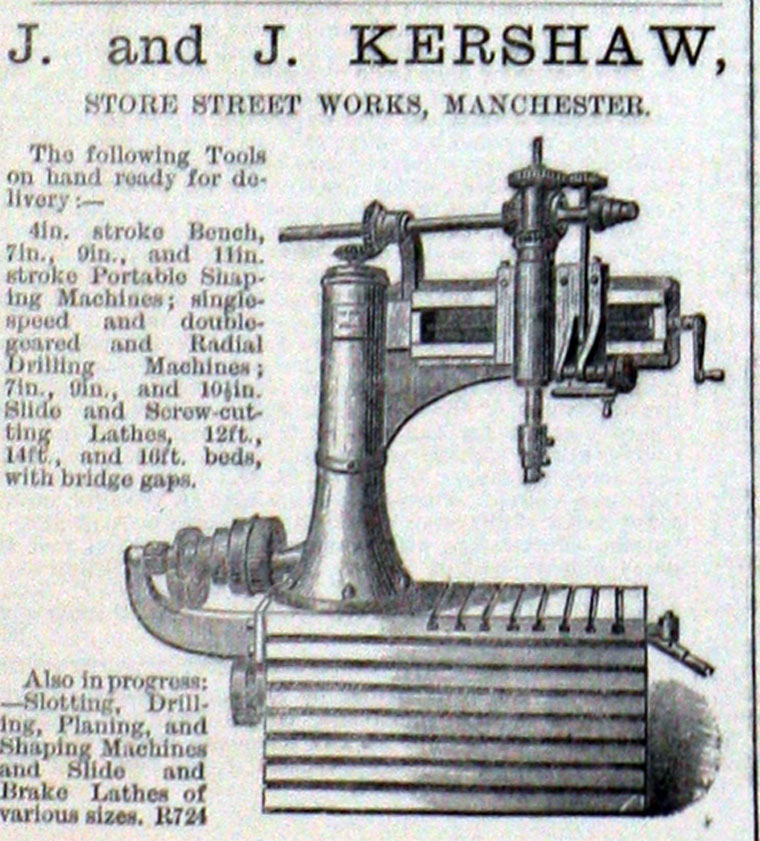 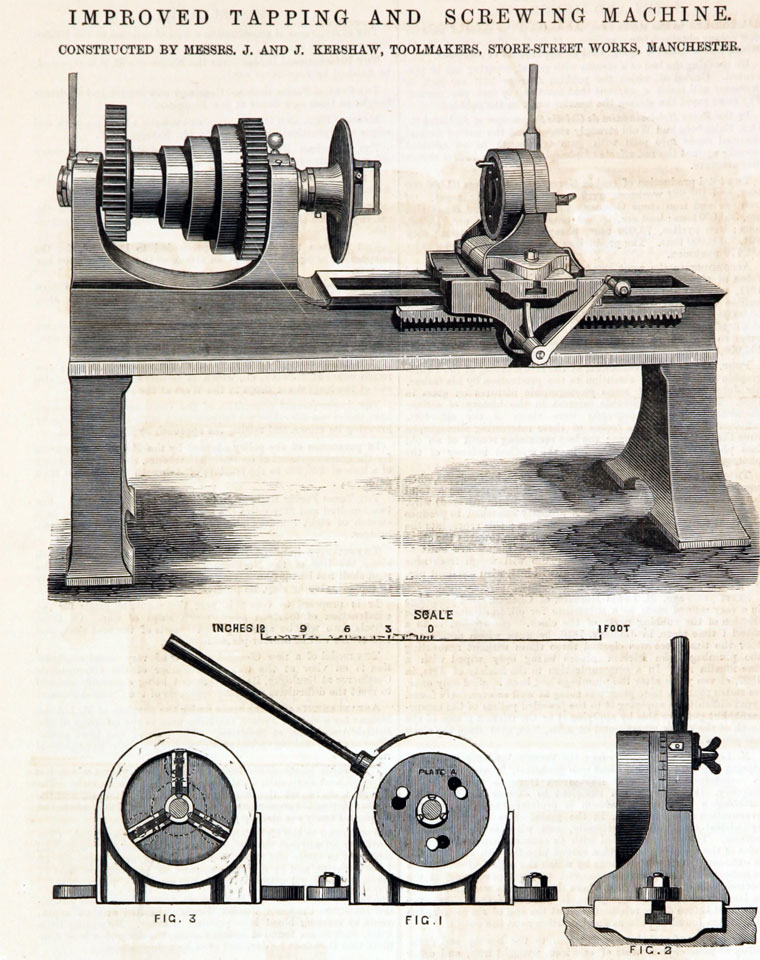 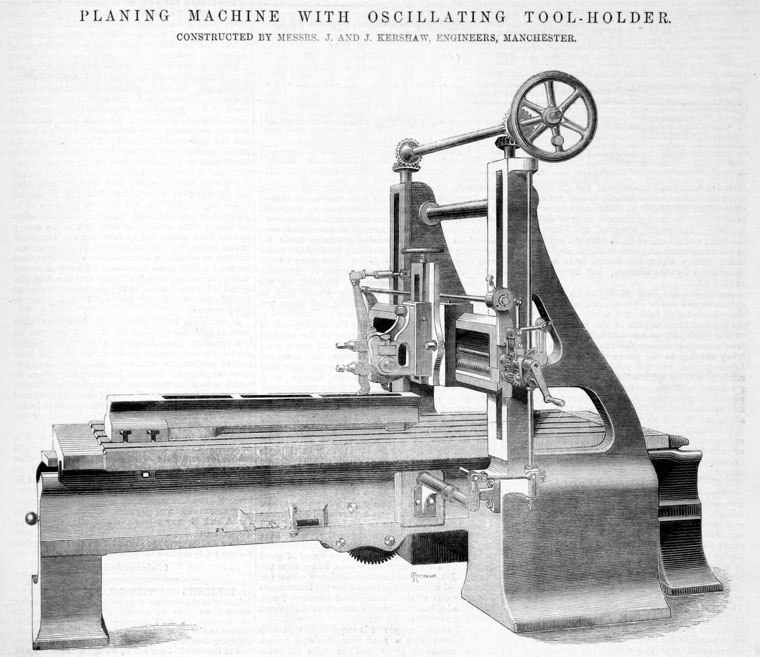 There is some uncertainty about whether John was John Kershaw (b.1793) or John Kershaw (of Manchester), or neither of the above. Investigation continues.

1856 Kershaw's Drilling & Recessing Machine described and illustrated in The Engineer [7]. This was a small vertical milling machine, 'a modification of Nasmyth's Grooving Drill. The drawing shows a short side and end milling cutter. The machine was not versatile, being designed to cut keyways in shafts. Longitudinal feed was powered, and there was no transverse adjustment, i.e. it was a two axis machine.