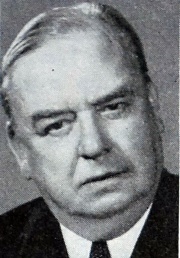 James Alexander Jameson, C.B.E., who died on 17th January at the age of 75, was made an Honorary Member of this Institution in 1952 in recognition of his distinction in the practice and administration of engineering.

He was educated at Allan Glen's School and the Royal Technical College, Glasgow. He served his apprenticeship with the Glasgow shipbuilders, D. and W. Henderson Ltd, and then entered the Clydesdale Iron and Steel Works of Stewarts and Lloyds Ltd.

In 1909, he joined the newly formed Anglo-Persian Oil Company Ltd, which later became the Anglo-Iranian Oil Company Ltd. Mr Jameson went to Iran as an assistant engineer and for eighteen years served the company in various capacities until in 1927, when he was general manager of field and refineries, he was transferred to London as Deputy Director and General Manager of the Anglo-Iranian Production Department. During this year he was awarded the C.B.E. for his pioneer work in Iran. He was further honoured in 1935 when he was made an Officer of the Legion of Honour at the official opening of the Iraq pipe-line, and in 1939 he was made a director of the Anglo-Iranian Oil Co. Ltd.

During the 1939-45 war, he spent some time in Persia and rendered great service, on his return to Britain, to the War Office and the Petroleum Department. This was due to his wide experience in every branch of engineering.

Among his interests were the development of geophysics and the uses of hydrocarbon chemistry in the production of high-grade aviation fuel. Mr Jameson was well known for his hunches and their reliability. He was always readily accessible to help, guide and inspire his colleagues and staff, and his personal enthusiasm was an important factor in the evolution of an outstanding British enterprise.