Grace's Guide is the leading source of historical information on industry and manufacturing in Britain. This web publication contains 143,021 pages of information and 229,410 images on early companies, their products and the people who designed and built them. 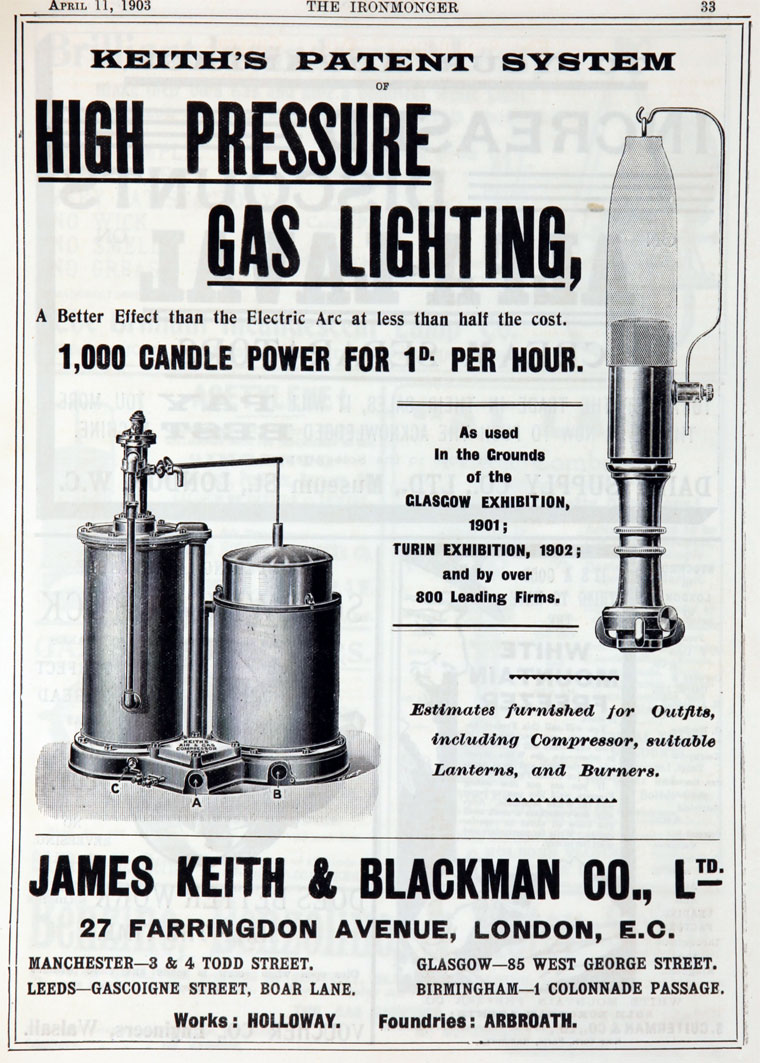 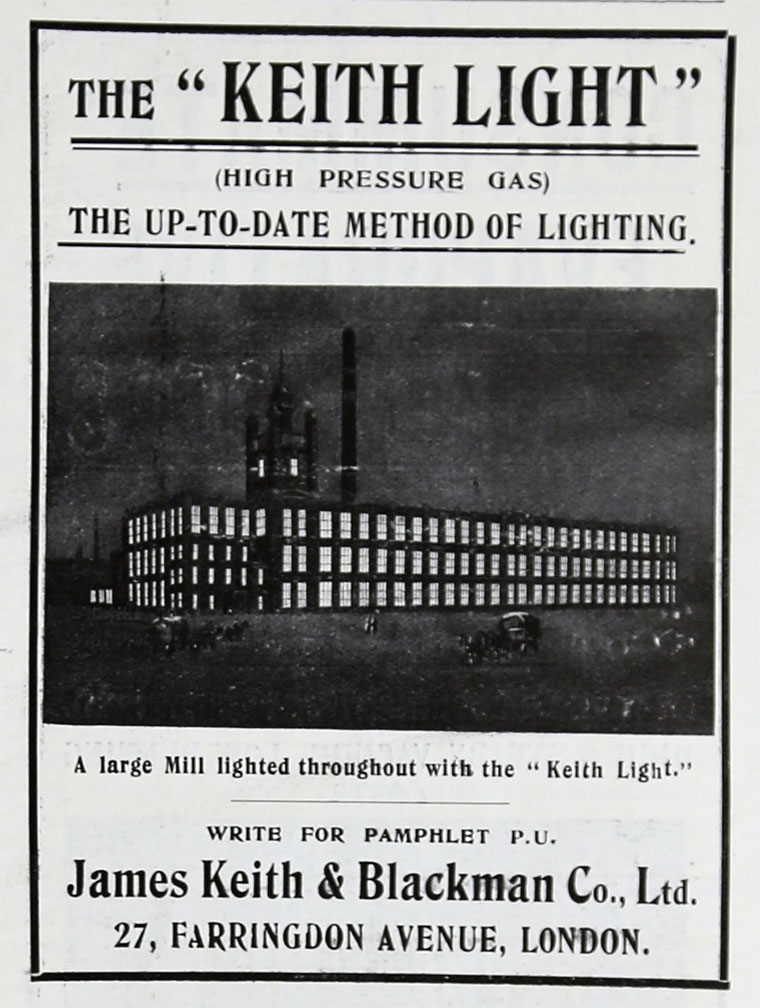 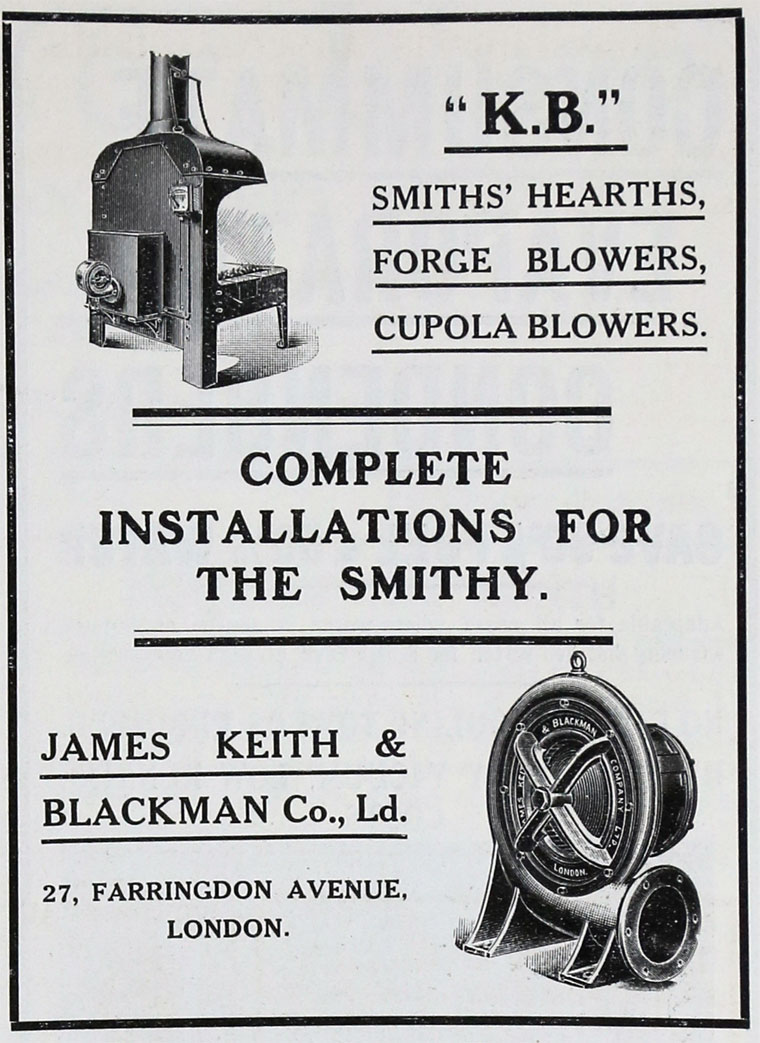 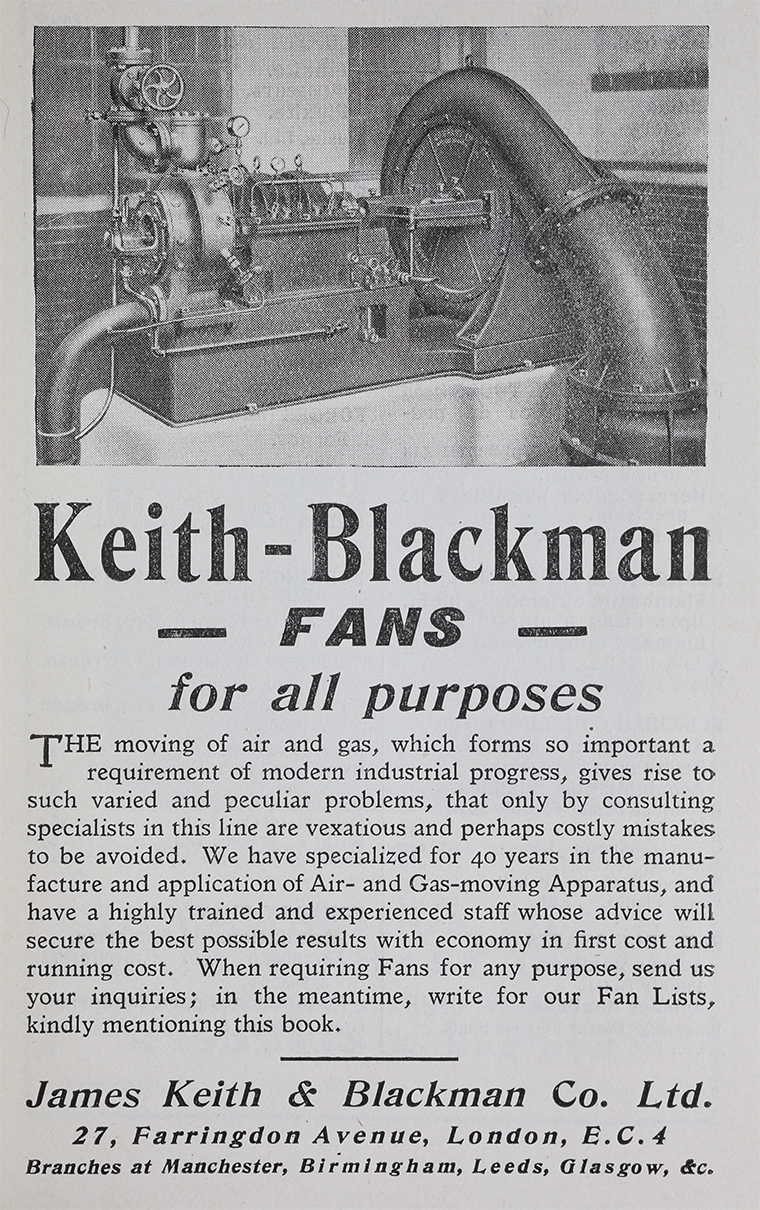 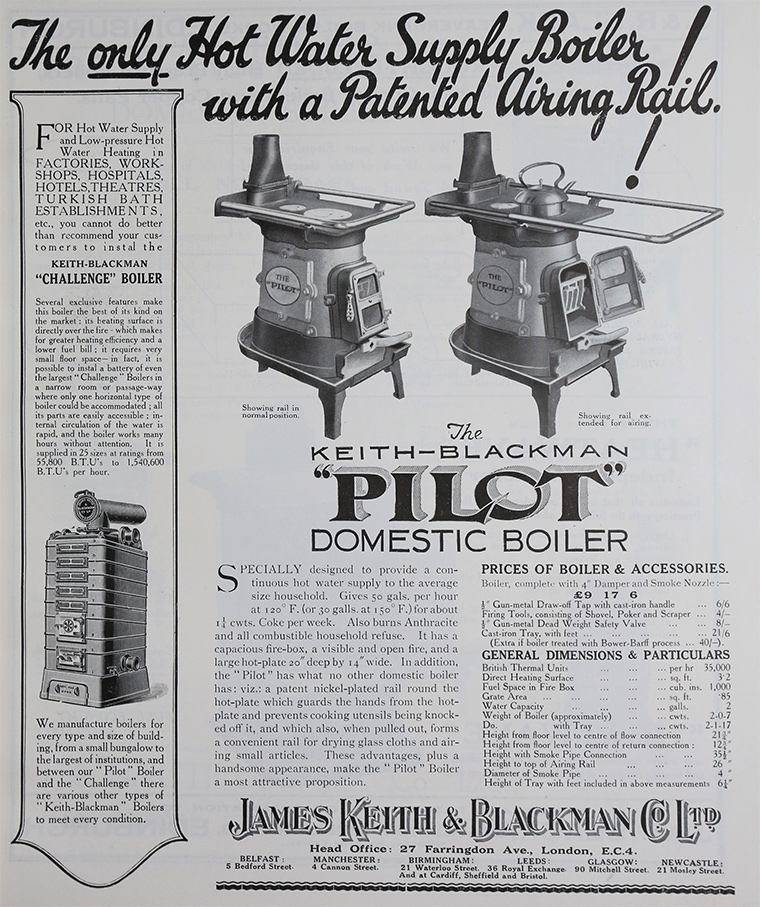 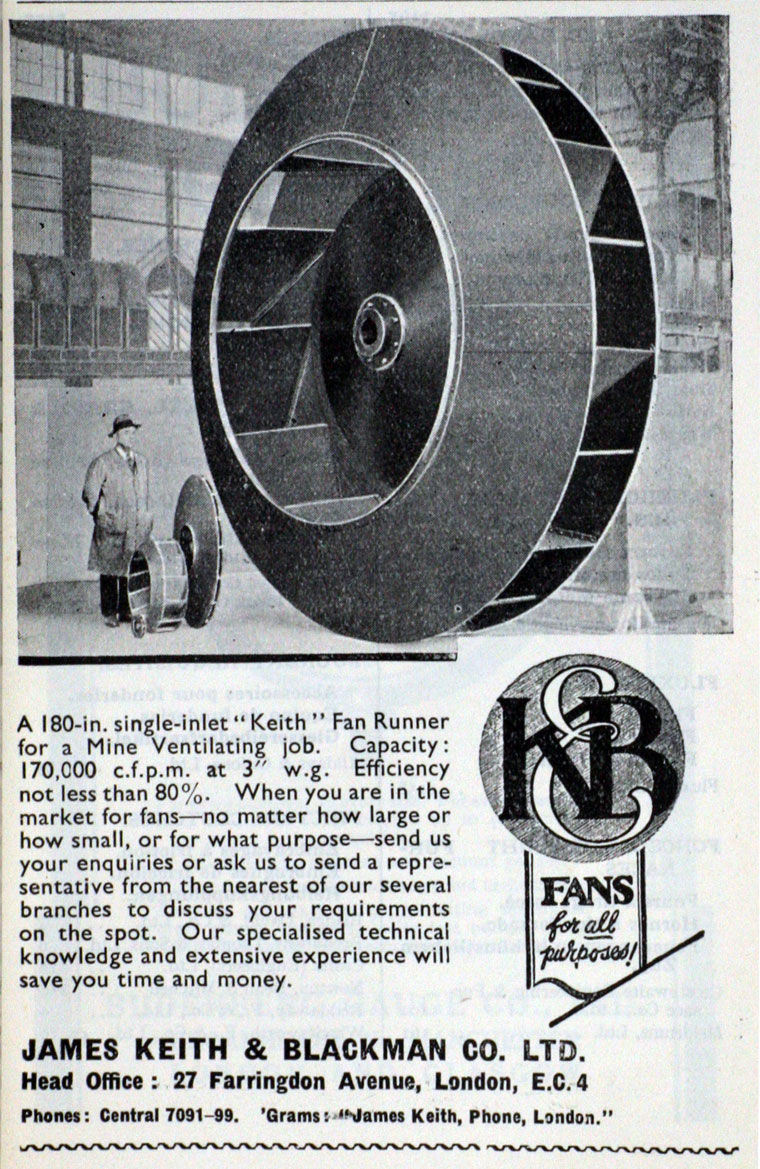 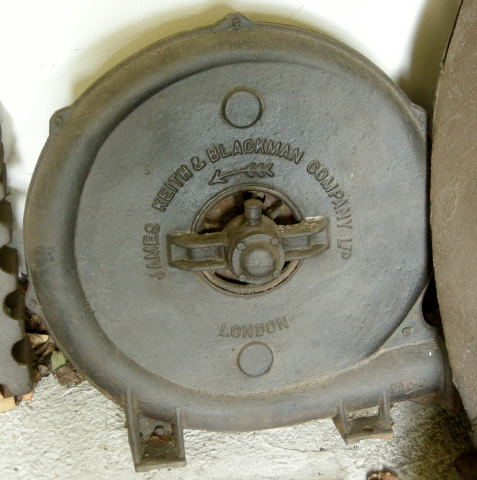 1883 The Blackman Ventilating Co was formed.

1900 These two concerns were amalgamated under the title James Keith and Blackman Co.

1901 In connection with the amalgamation of the business with that of James Keith, heating engineer of London and Arbroath, the name was changed as above.

1913 Expansion at Abroath, connecting the foundry and workshops[4].