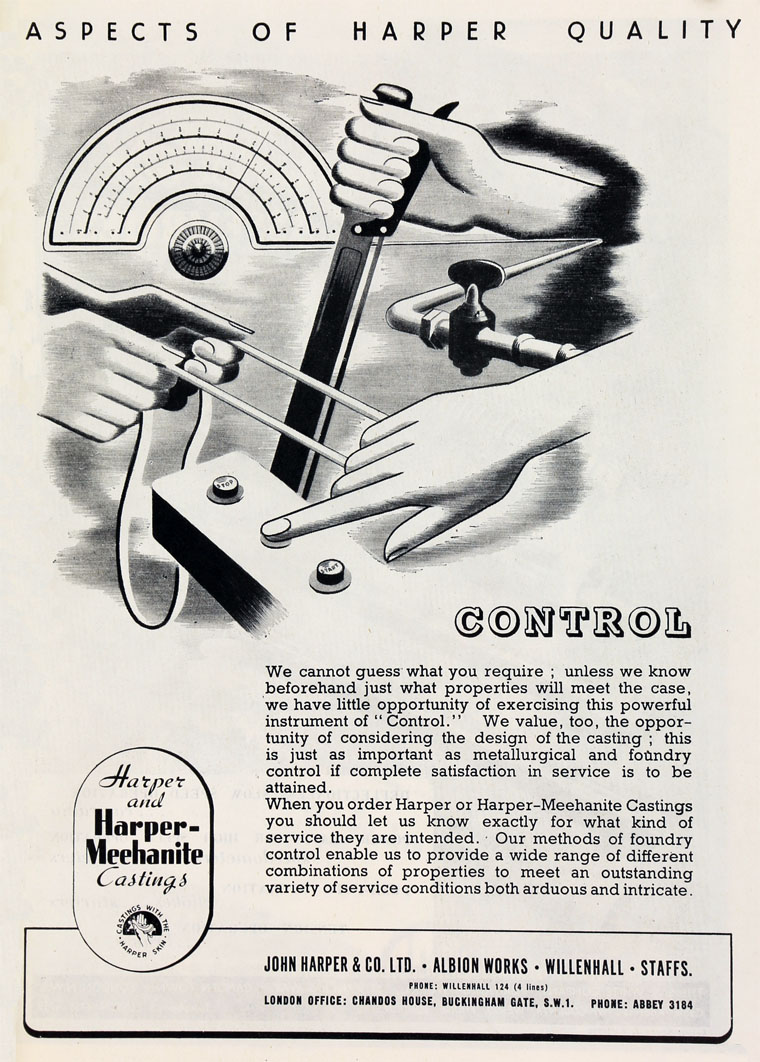 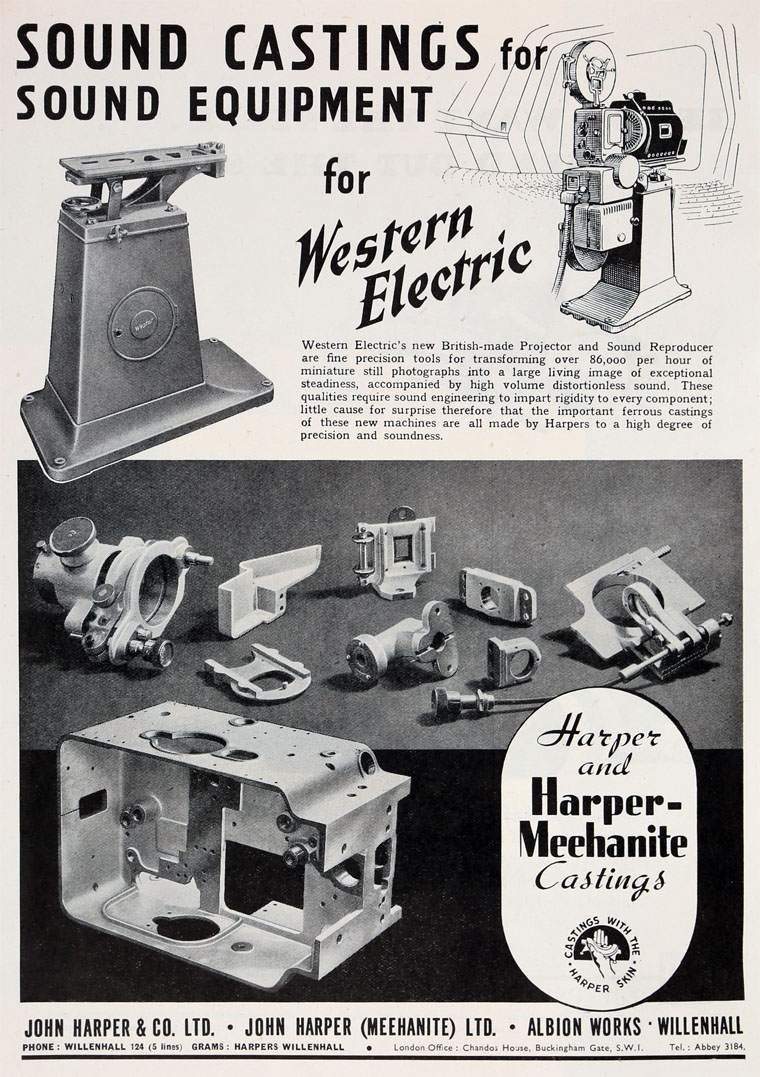 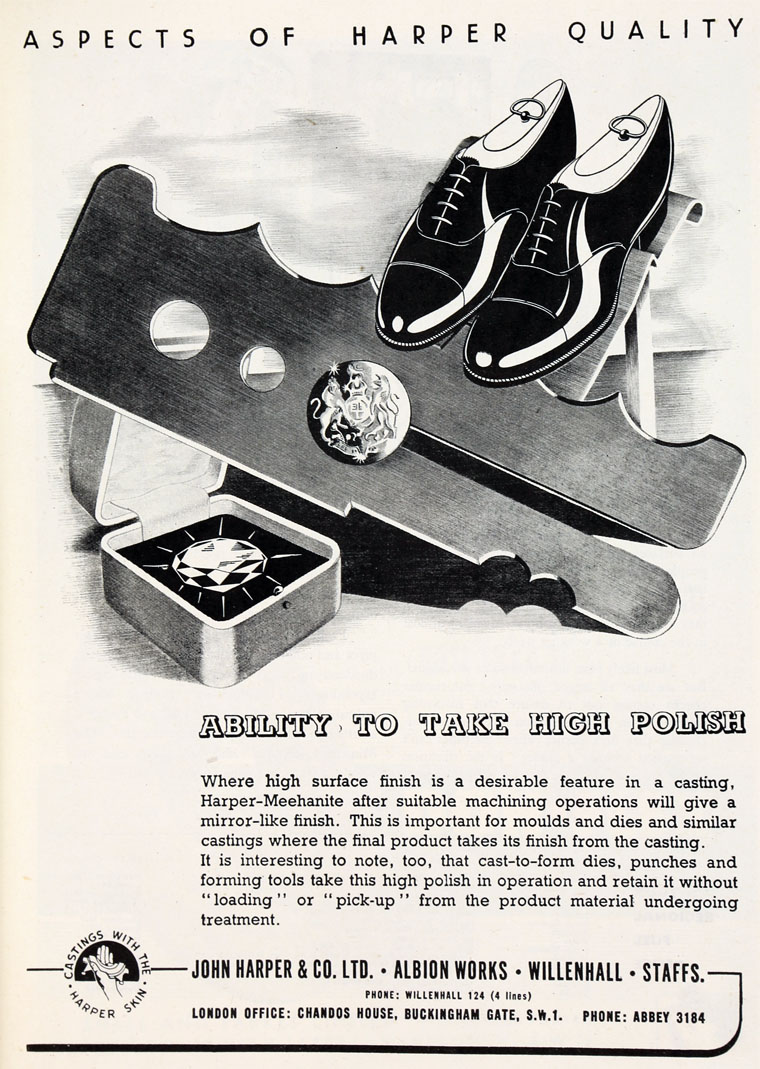 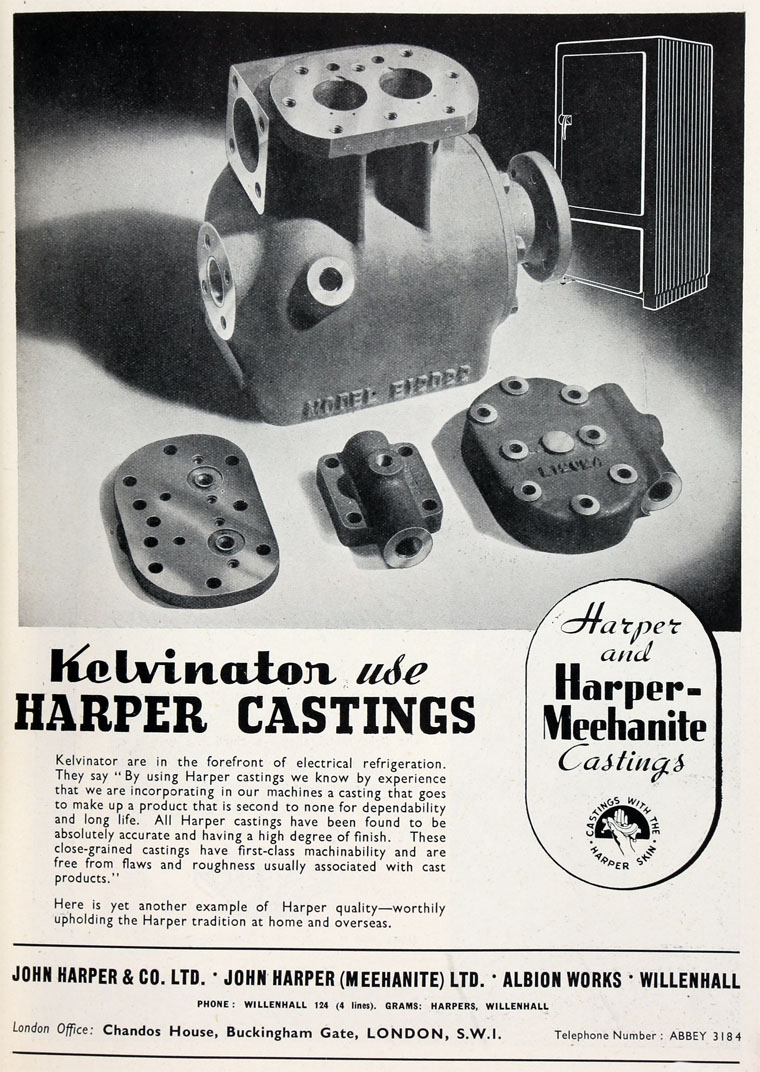 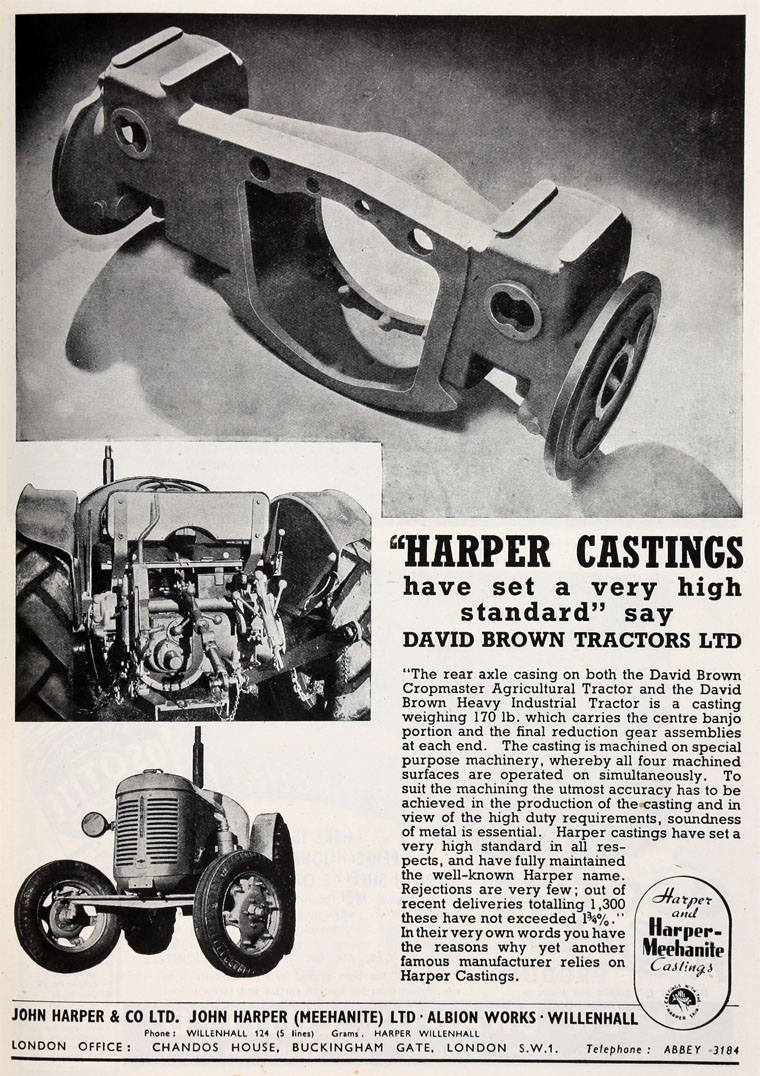 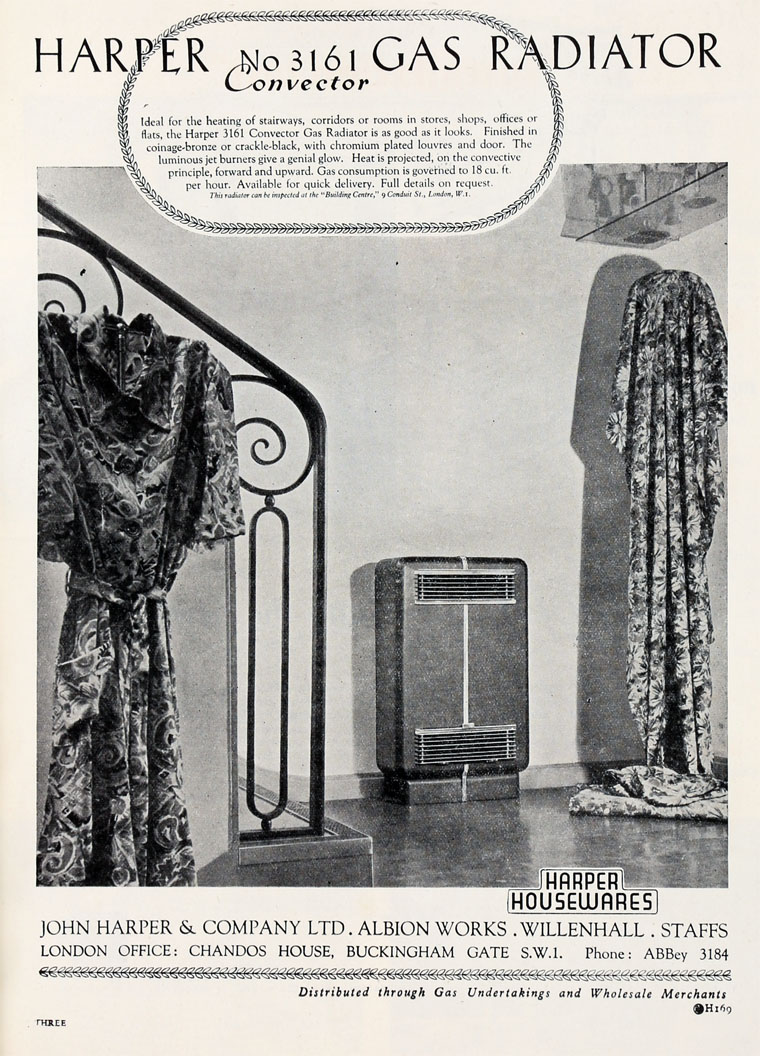 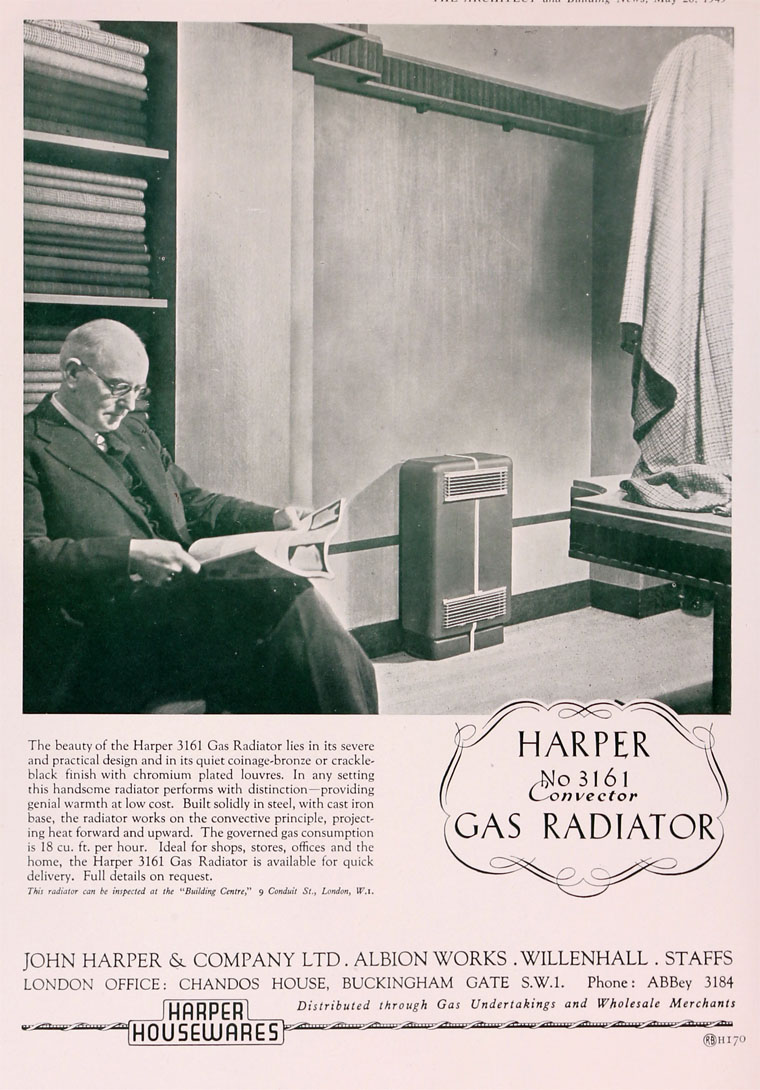 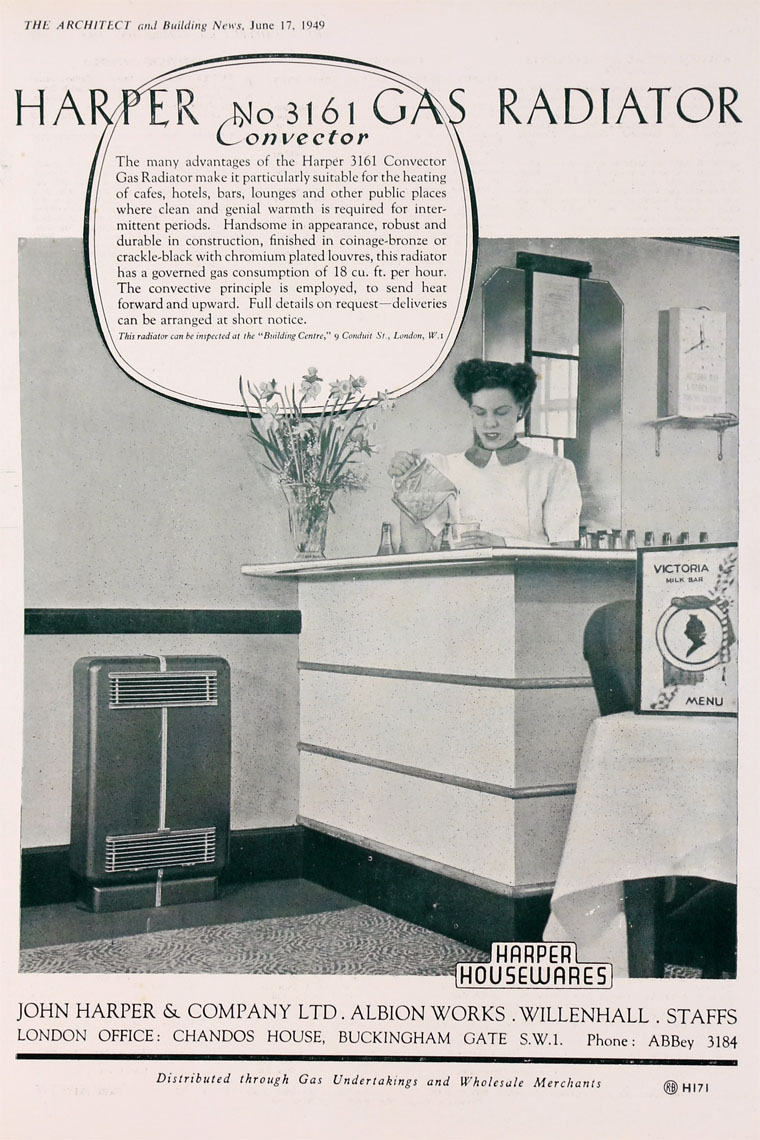 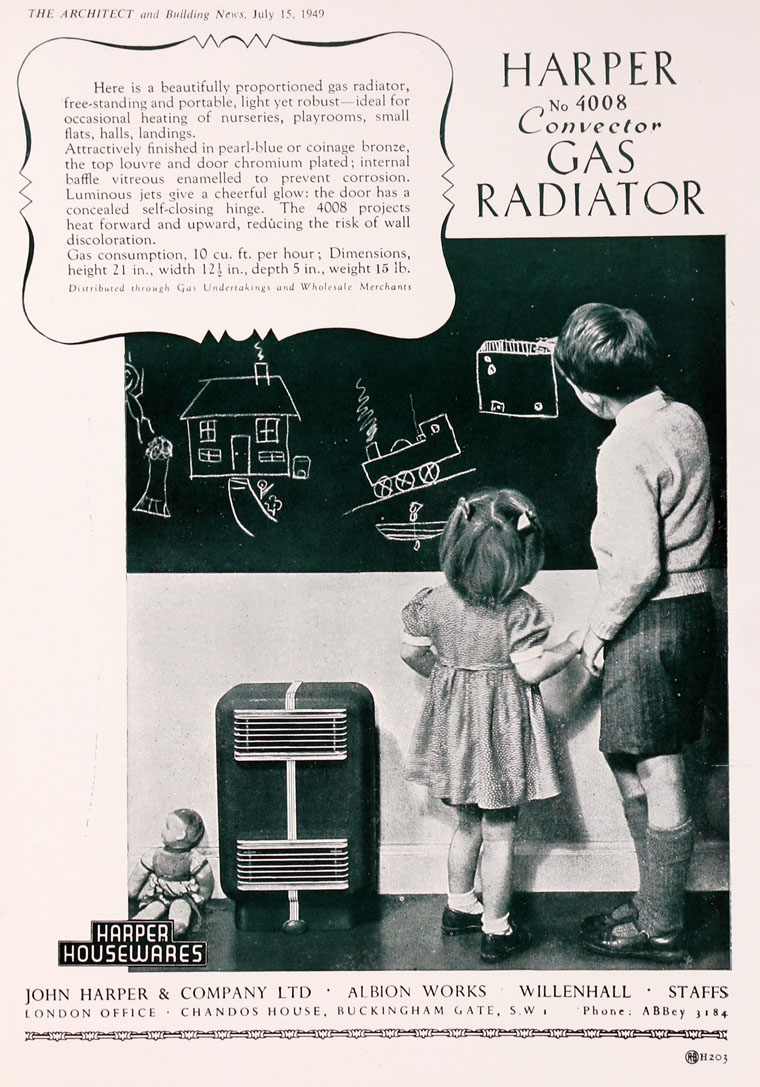 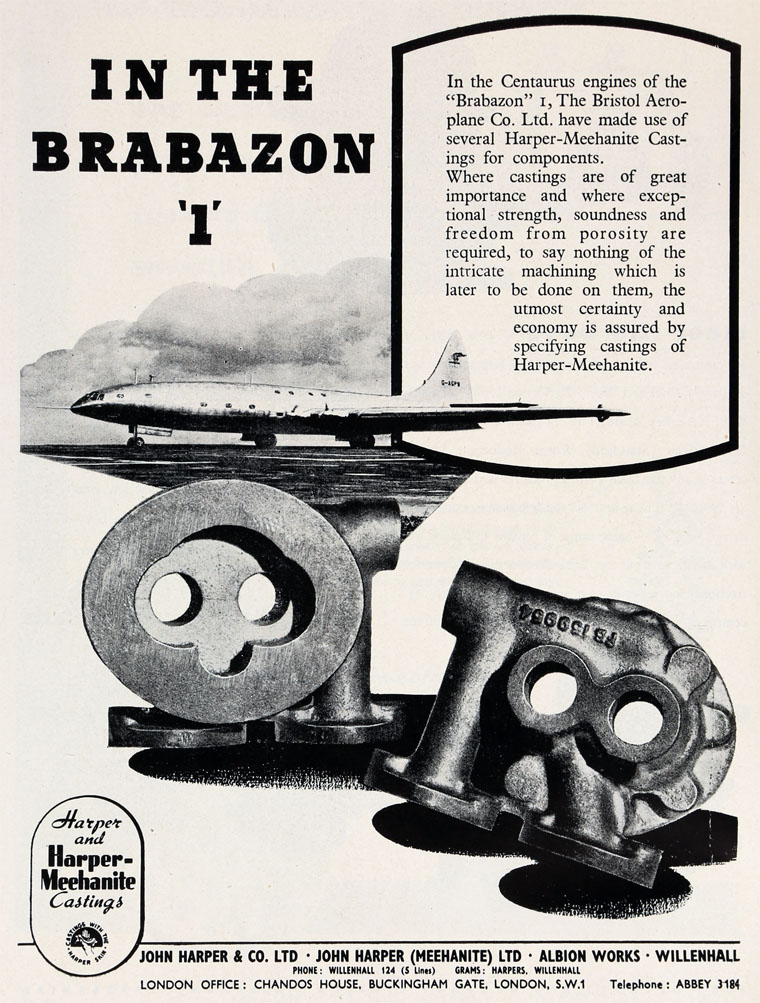 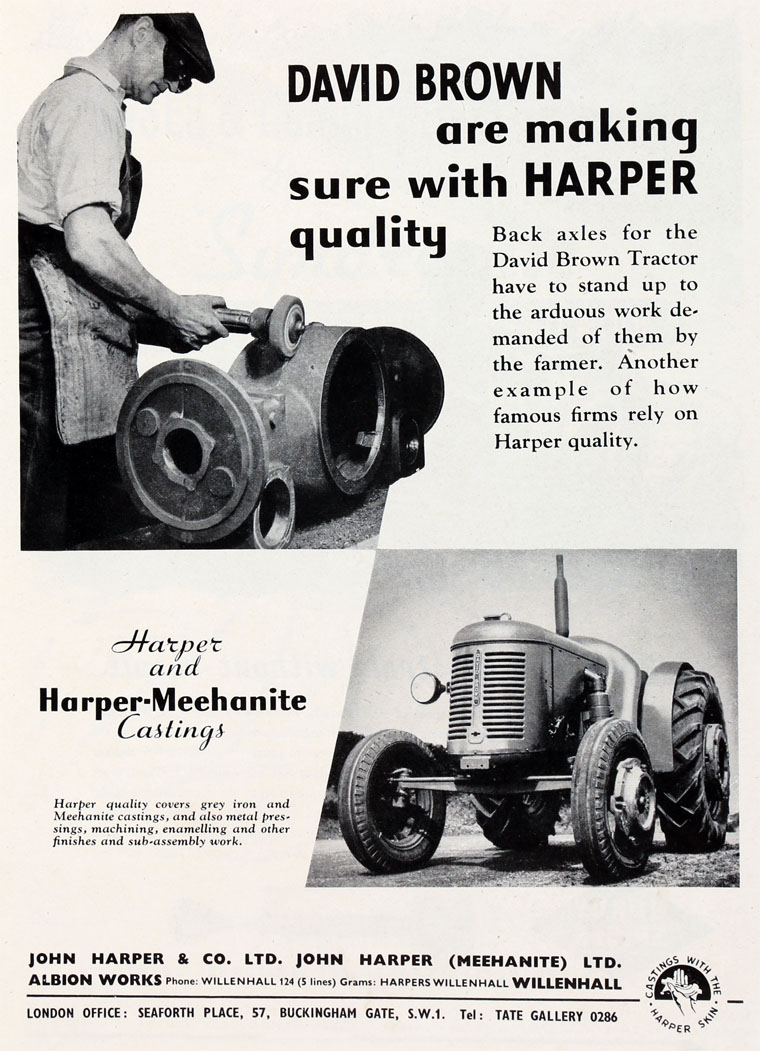 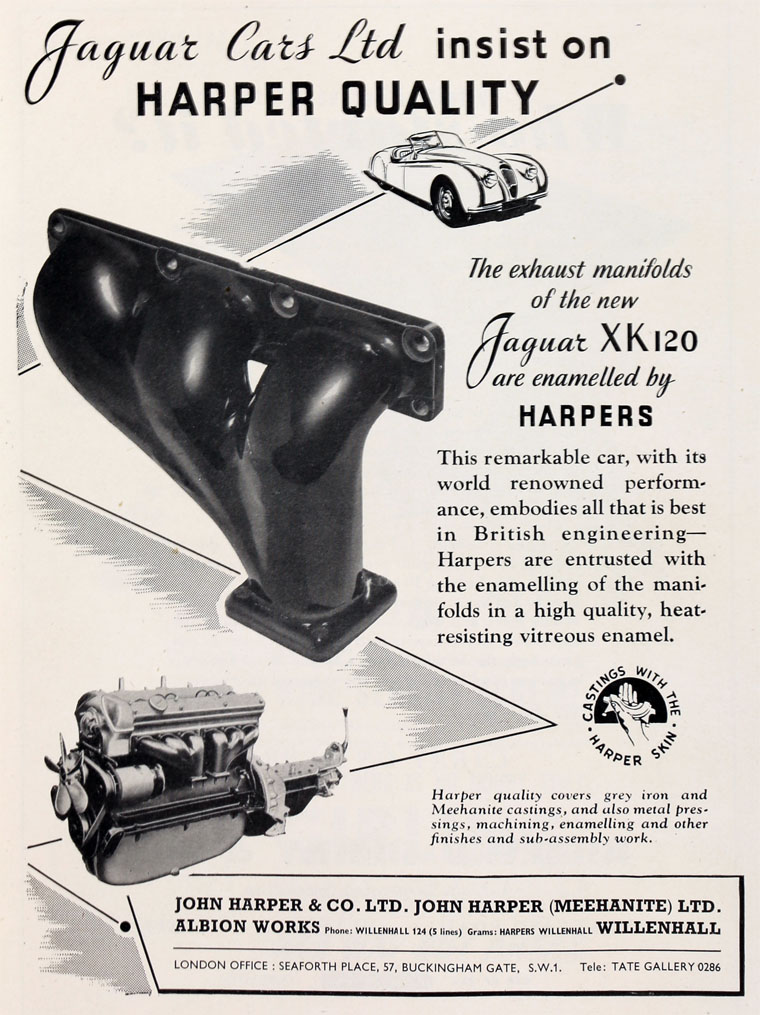 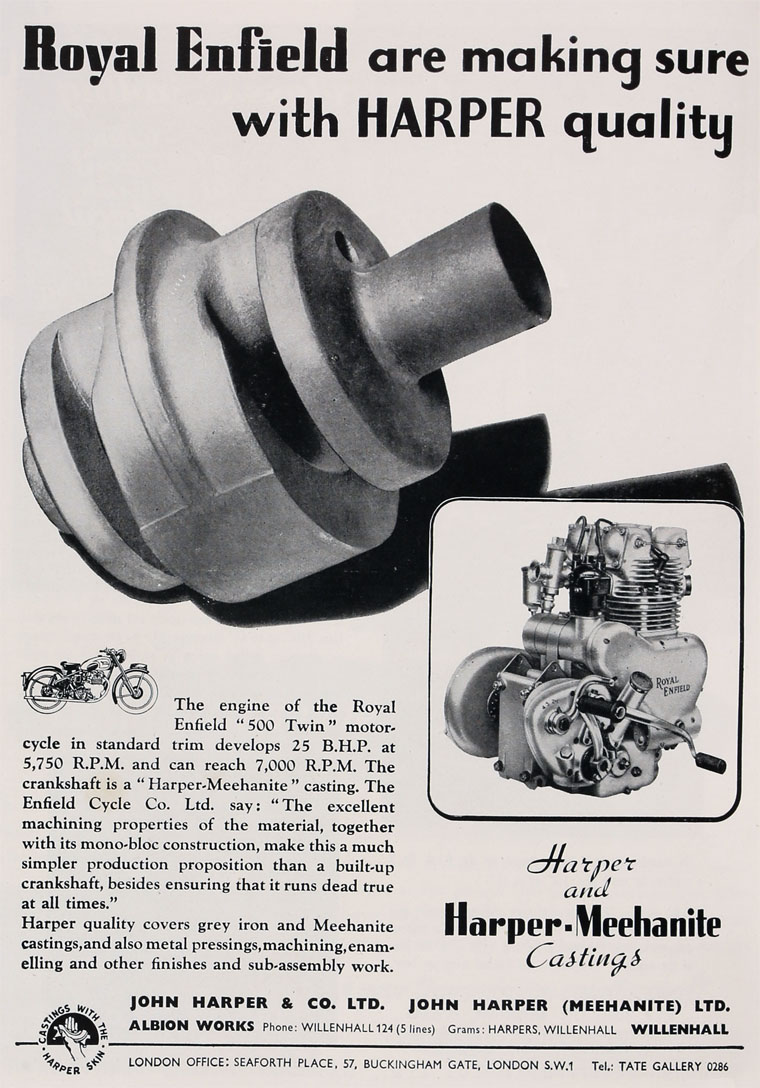 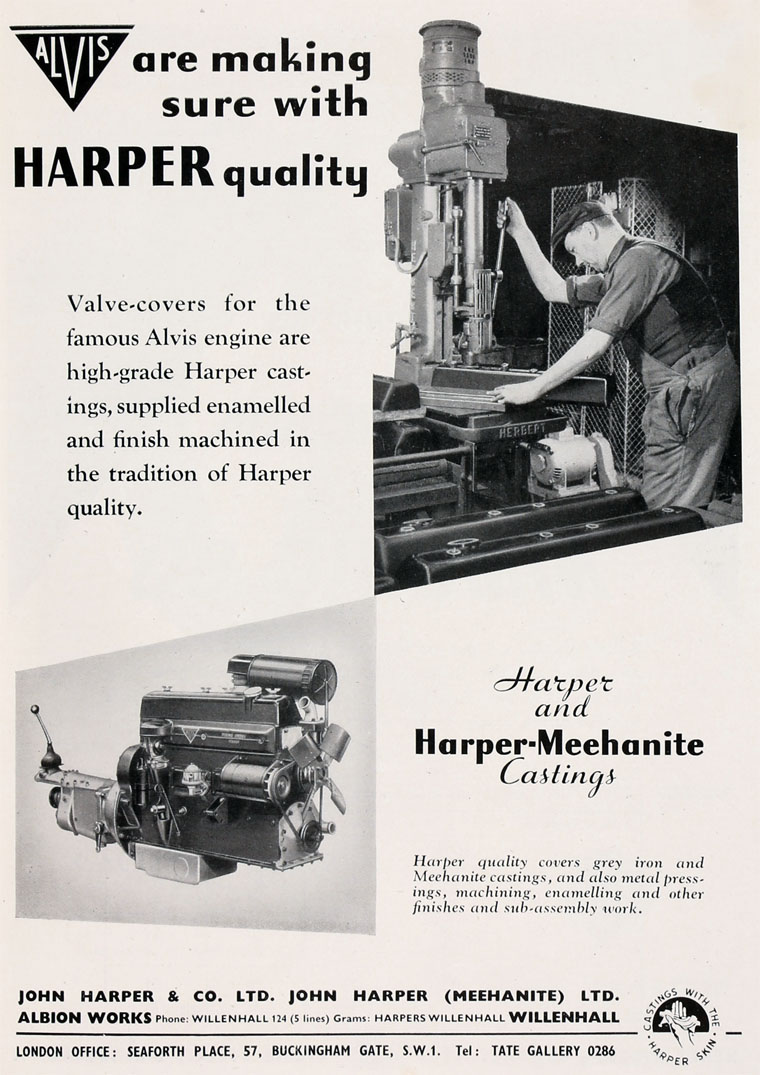 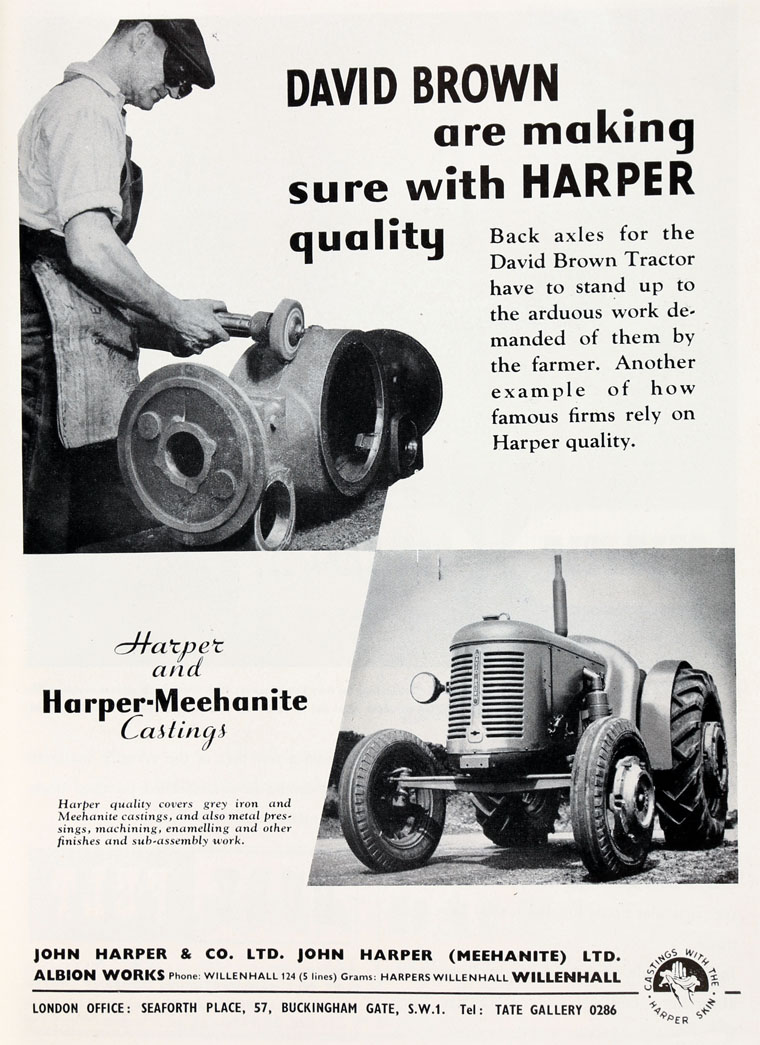 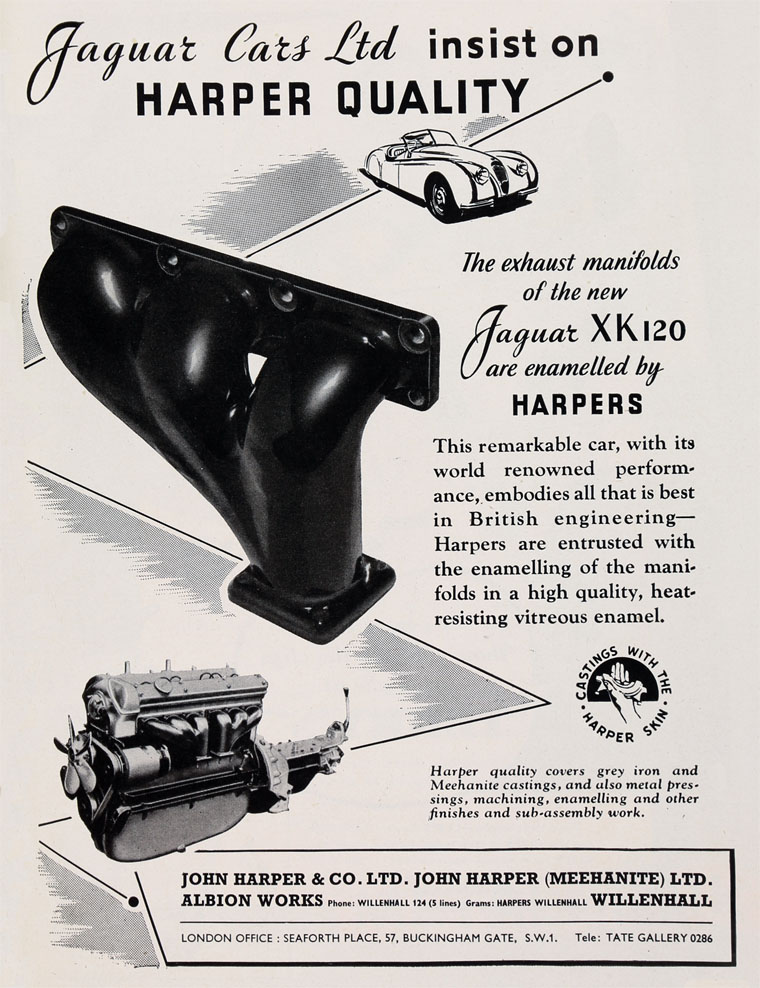 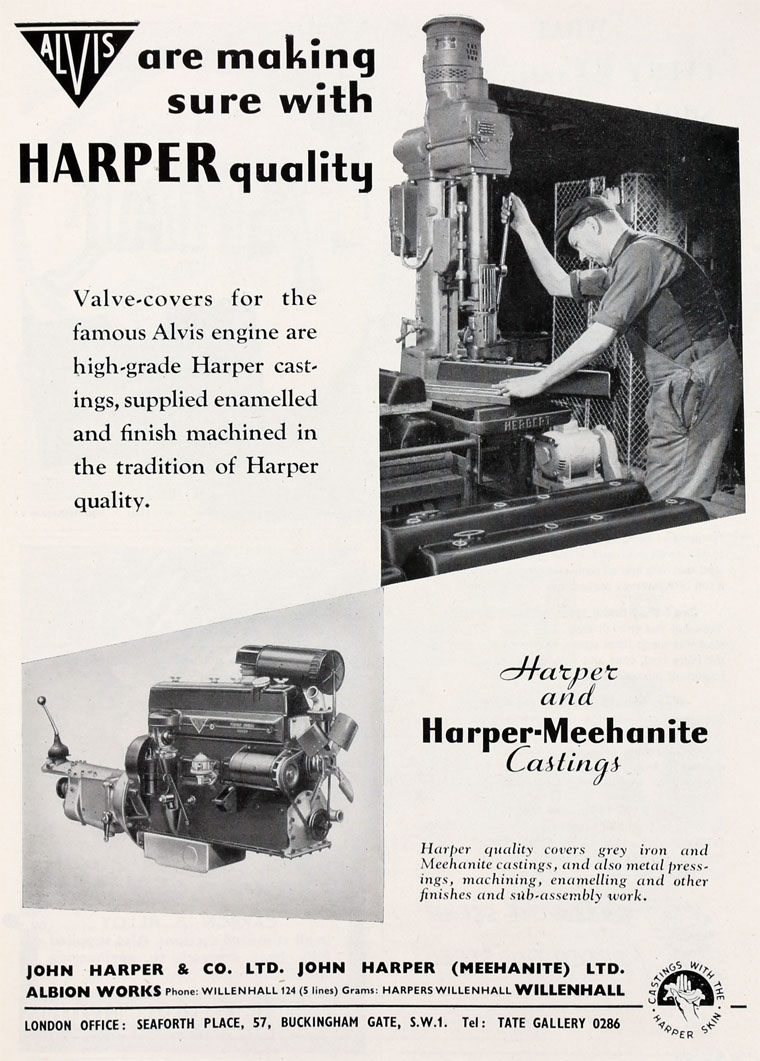 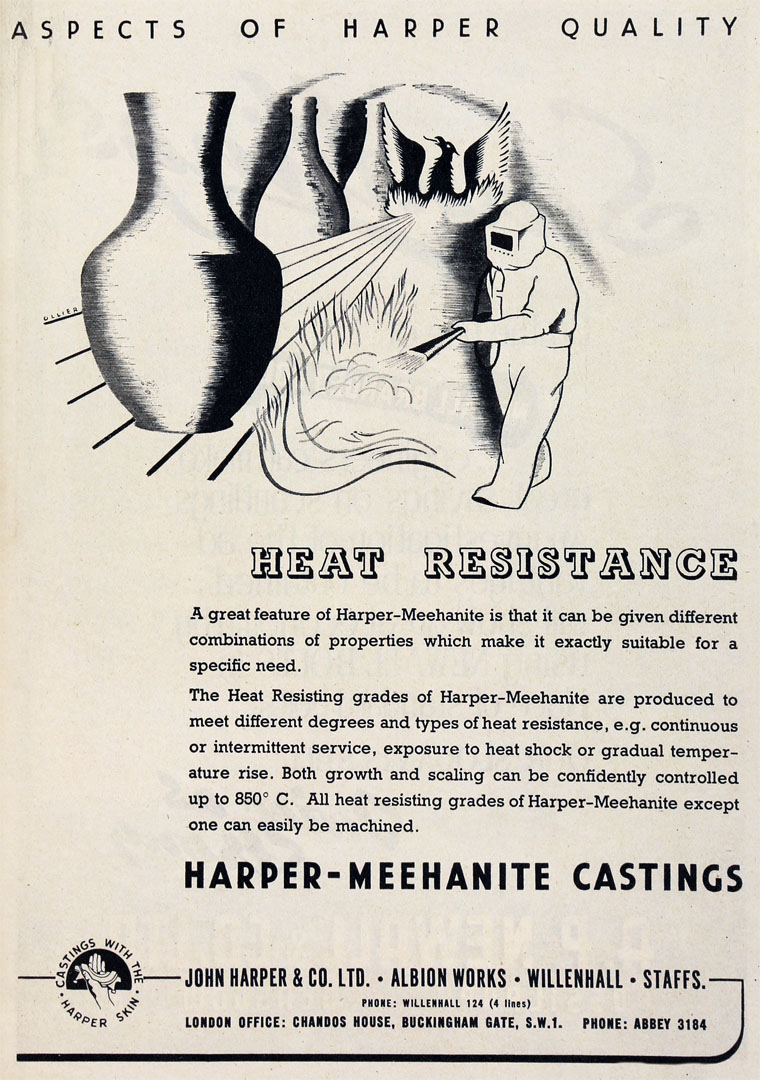 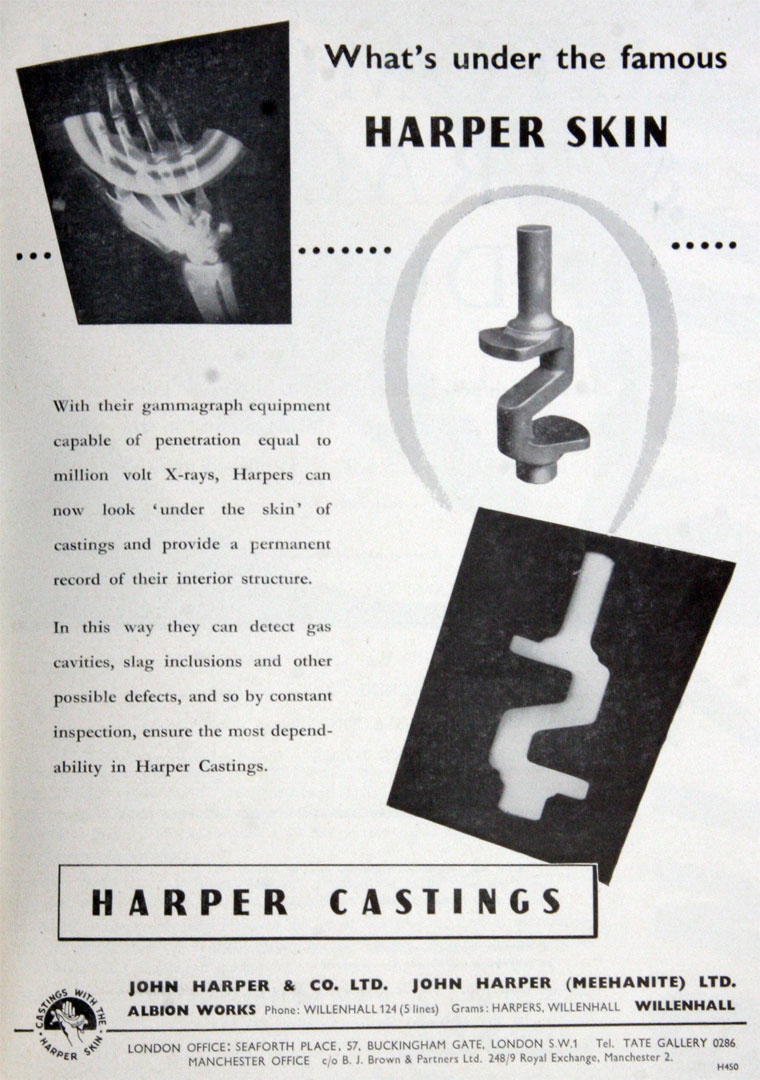 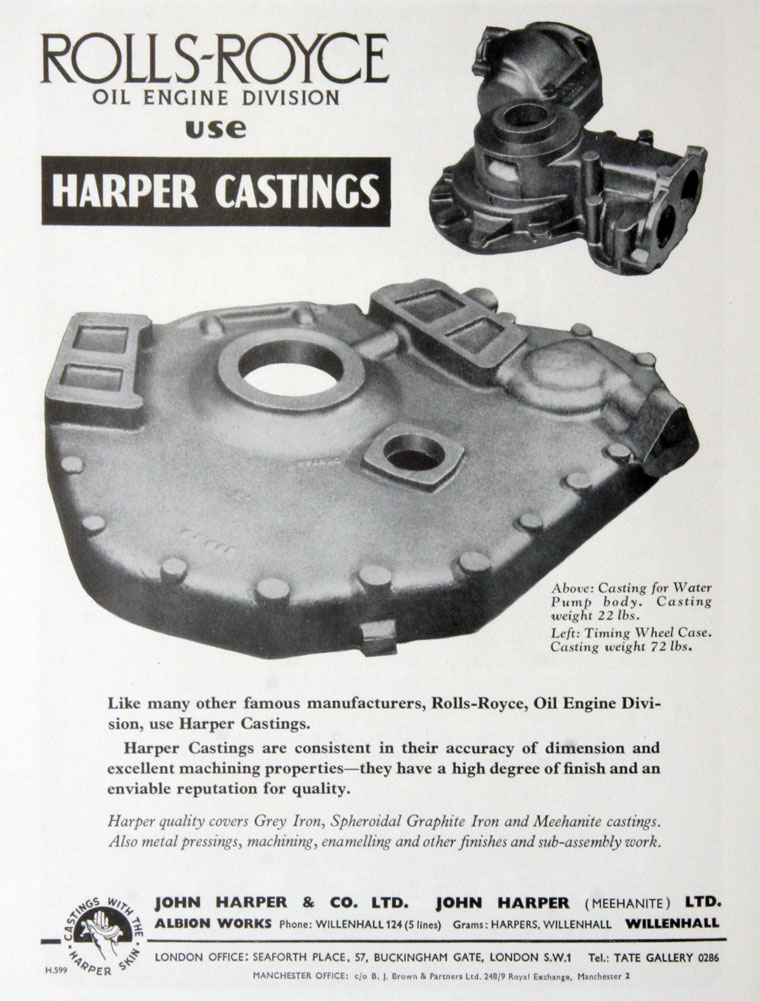 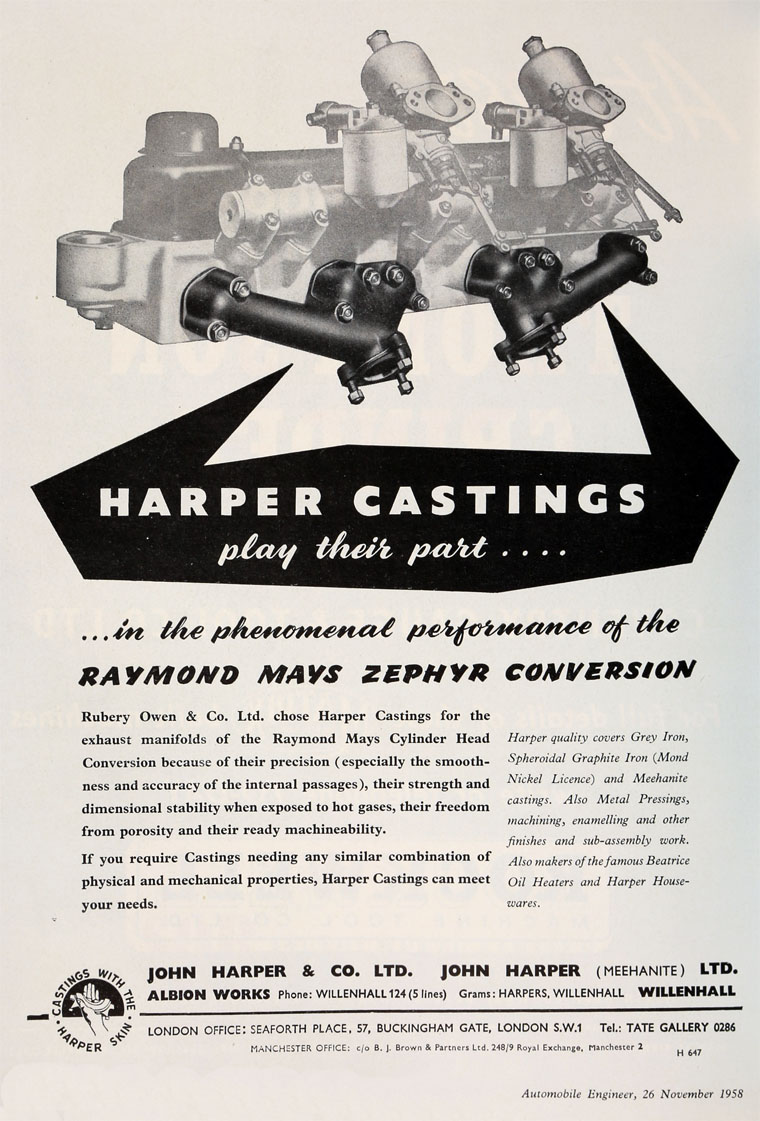 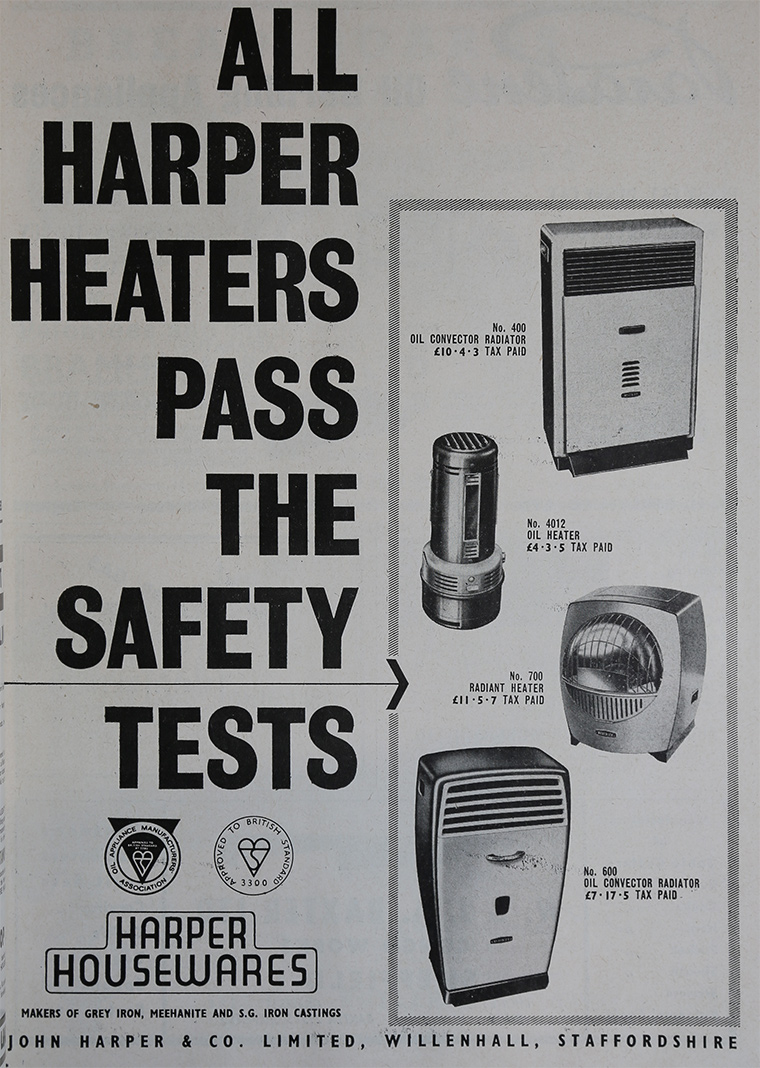 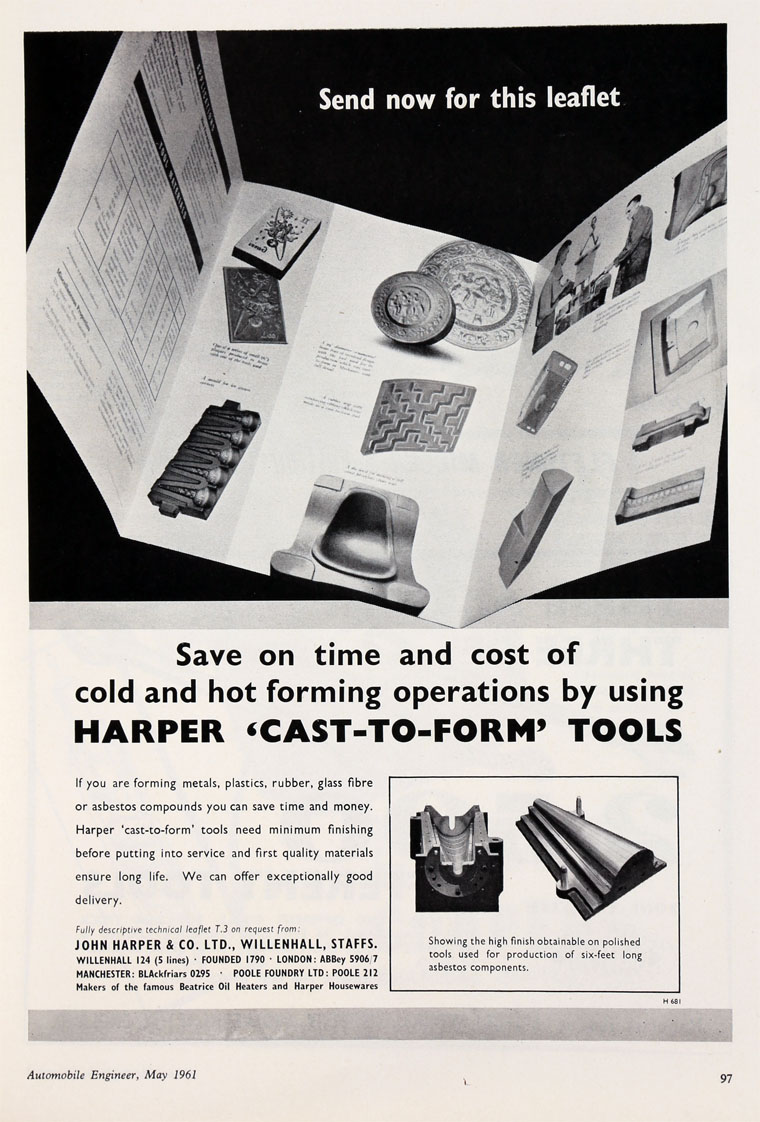 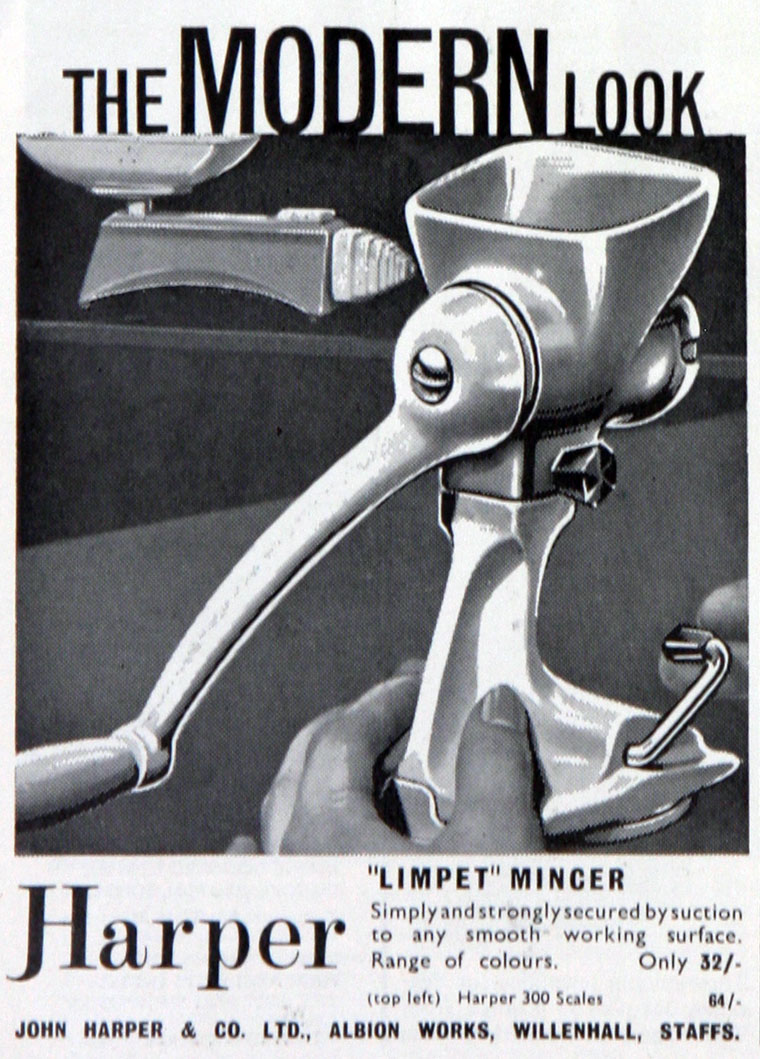 1888 Dissolution of the Partnership between John Harper, Frederick William Harper, and William Henry Thompson, carrying on business as Malleable Iron-founders and Hardware Manufacturers and Merchants, and also as Coal Masters, at the Albion Works and the Albion Colliery, in Willenhall, in the county of Stafford, under the style or firm of John Harper and Co.[3]

1914 General and malleable ironfounders and manufacturers of finished hardware of all kinds. Employees 764. [5]

1960 The company had two divisions - Finished Goods Division made oil stoves and heaters under the Beatrice brand, and domestic hardware under the Harper Housewares brand. Foundry Division had 3 foundries working in cast iron, Meehanite and ductile iron. Licences from International Meehanite Metal Co, and from Mond Nickel Co to make their special irons. 1400 employees[8]