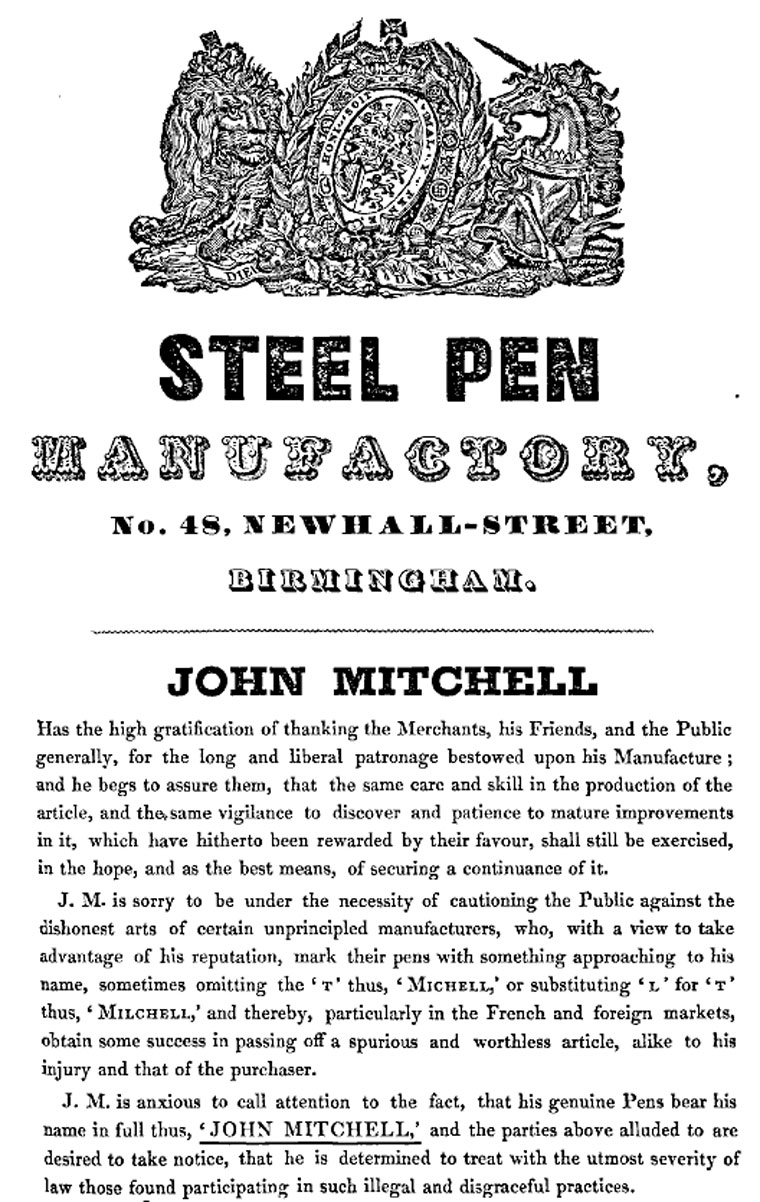 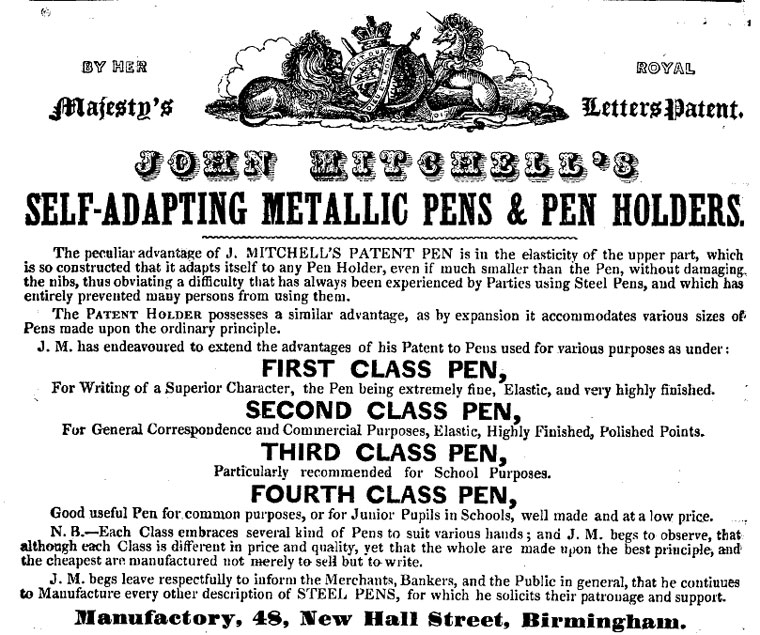 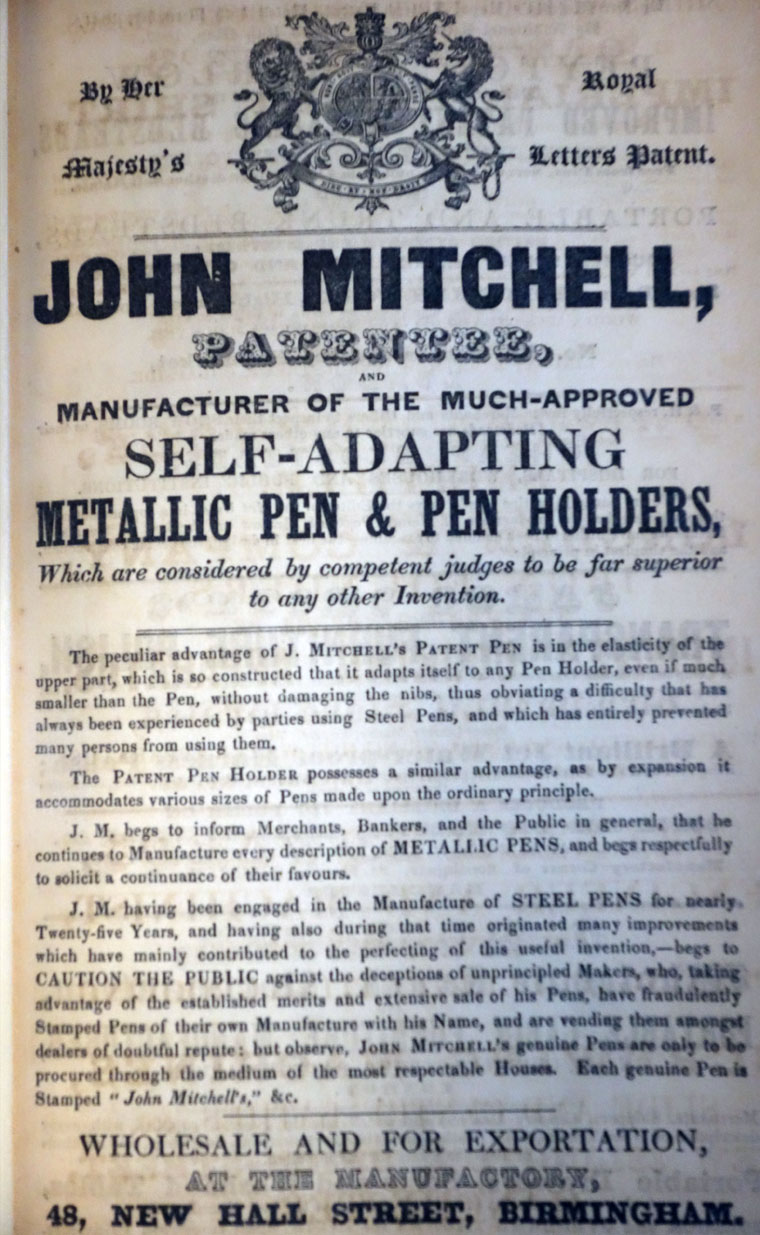 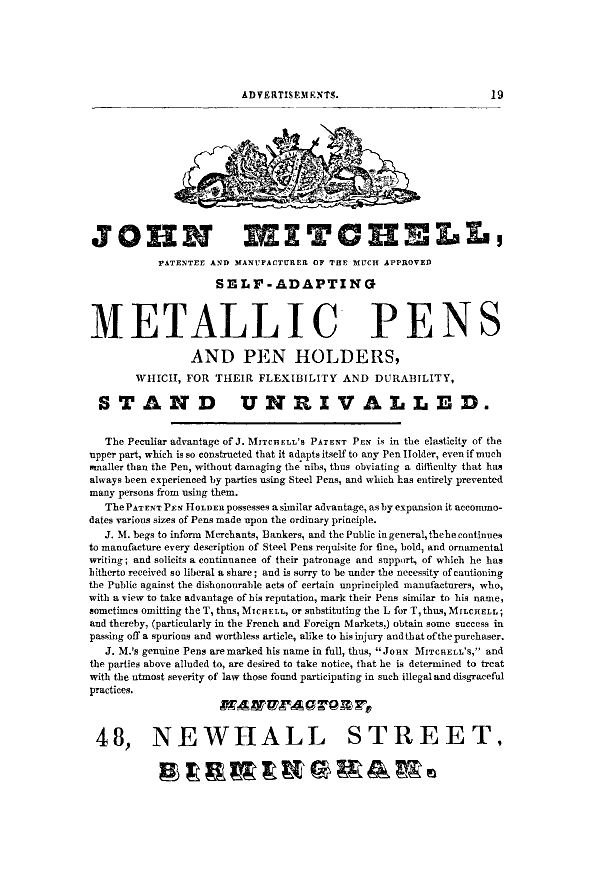 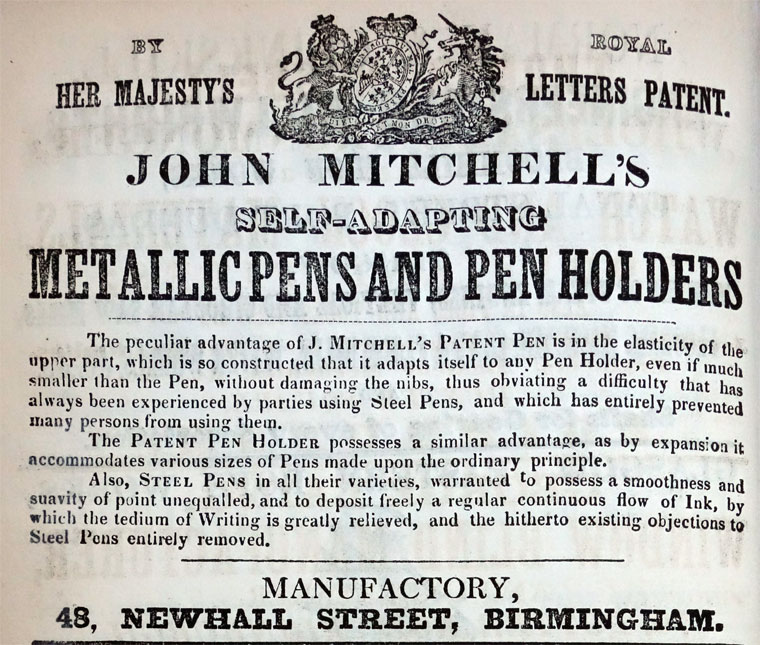 1798 John Mitchell was born in Sheffield

He moved to 36, Newhall Street, Birmingham right in the heart of Birmingham's Jewellery Quarter.

In around 1822 he applied tools used in the cutlery and jewellery trades to steel pen manufacture. The use of the hand press increased production and cut costs. Many of his pens were sold in France and Belgium, particularly popular were "les plumes ballon" which became a household name.

1908 The company moved to the Newhall Works, Moland Street, Birmingham.

WWII The factory was damaged in an air-raid in April 1941.

1947 The pen business was sold to an American company Esterbrook Hazell Pens in April.