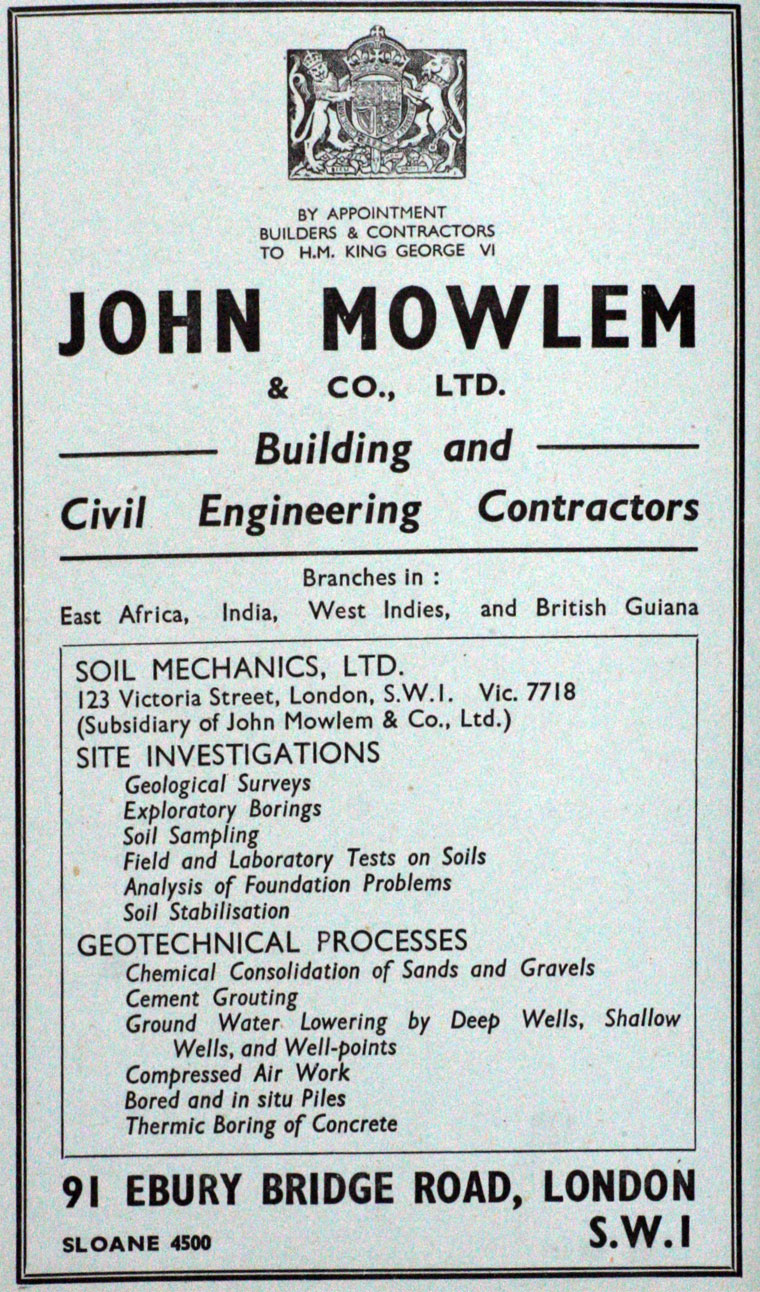 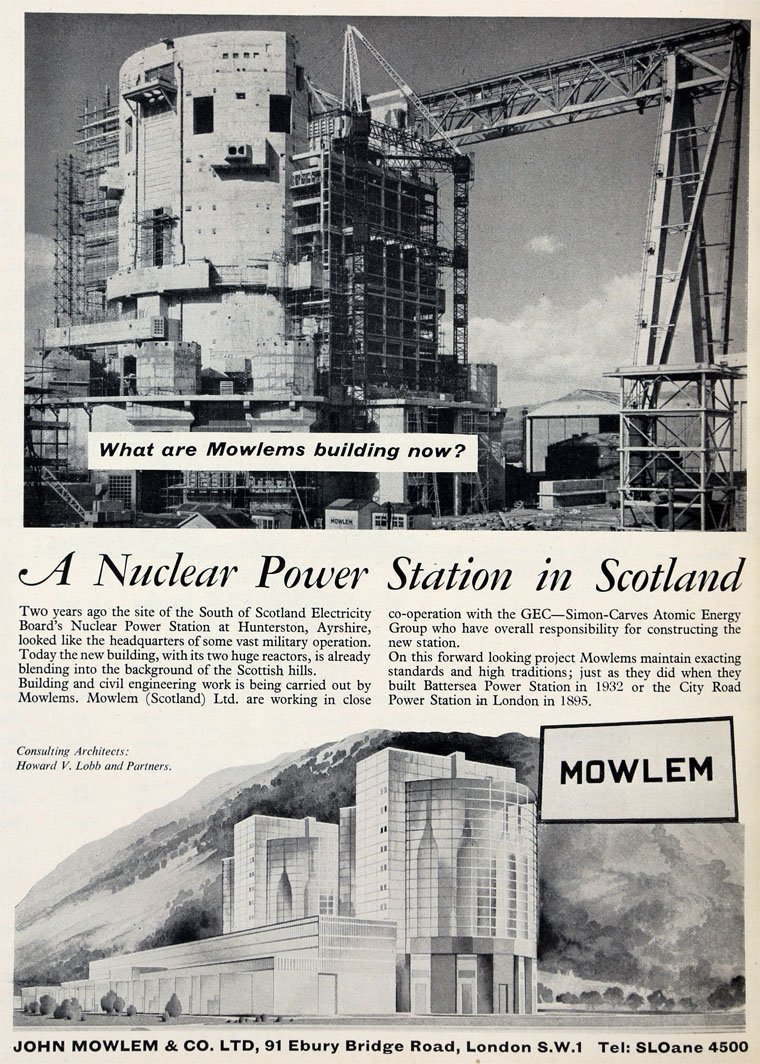 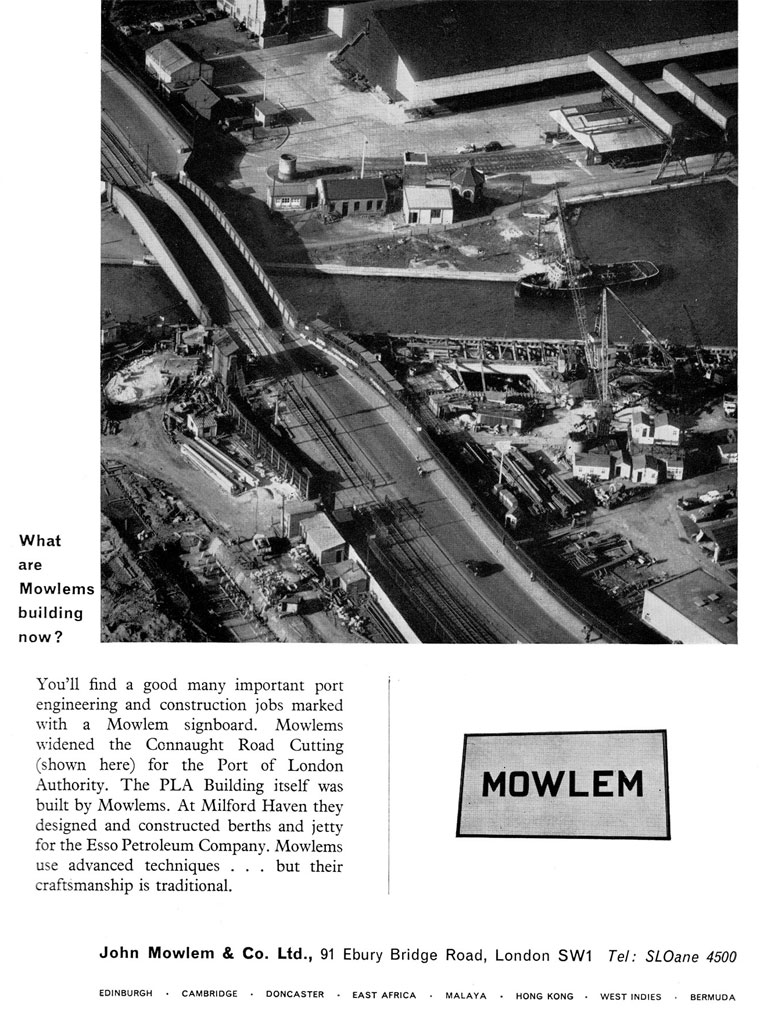 c.1823 John Mowlem responded to a growing demand for improvements to London's streets by setting up business as a paving contractor and stone merchant. After several years his business was soundly established.

1839–40 Mowlem undertook his first work of national importance, paving Blackfriars Bridge with granite sets, of which he was the first manufacturer. Leaving his ordinary business to be managed by his wife's nephew, George Burt, and Burt's brother-in-law, Joseph Freeman, he moved to Guernsey in November 1839 to ensure the vital supplies of granite.

Mowlem leased and bought quarries; he introduced tarpaulins to protect the workers, raised piece-rates, brought quarrymen from the mainland, and reduced his charge for dressing stones.

1845 he took George Burt and Joseph Freeman into partnership as Mowlem, Freeman and Burt.

1845 John Mowlem retired to Swanage, although he kept a close eye on the metropolitan paving contracts.

1851 Won many contracts for the London vestries, which constituted nearly all of the firm's work into the 1870s.

George Burt presided over a change in the character of the firm's work, and thus helped it survive the financial crisis of 1866–7

Bid and won major public-works contracts, for building Queen Victoria Street in the City (1869), rebuilding Billingsgate Market (1874–7), the City of London School in 1880, Smithfield fruit market in 1882, and the Imperial Institute in 1887, as well as major sewerage and railway works.

1902 Burt was knighted, as contractor for the coronation annexe at Westminster Abbey.

1908 Reverted to a private company.

1913 George Mowlem Burt (1884–1964), nephew of John Mowlem Burt, joined the board. On the death of his father he became supervising director.

Post WWI Contracts including the Port of London Authority offices at Tower Hill, the Star and Garter Home at Richmond, and Bush House, Aldwych (1929 and 1934), followed by much dock reconstruction work for the Port of London Authority, as well as building a dock, jetty, and factory for Ford at Dagenham; also built the King George V Graving Dock, Southampton. Other major London contracts included the Peter Robinson department store, the new building for Lloyds, office blocks on Millbank for Imperial Chemical Industries (1927–8), power stations (Fulham and Battersea), and hospitals (St Mary's, Paddington, and the Royal Masonic).

1986 Philip Beck was chairman of John Mowlem. Mowlem's acquired SGB Group which was chaired by his brother Clive; SGB was valued at £170M[1]

1993 After a year of big losses, John Mowlem sold HSS Hire Service Group to Davis Service Group and would use the proceeds to reduce gearing[3]