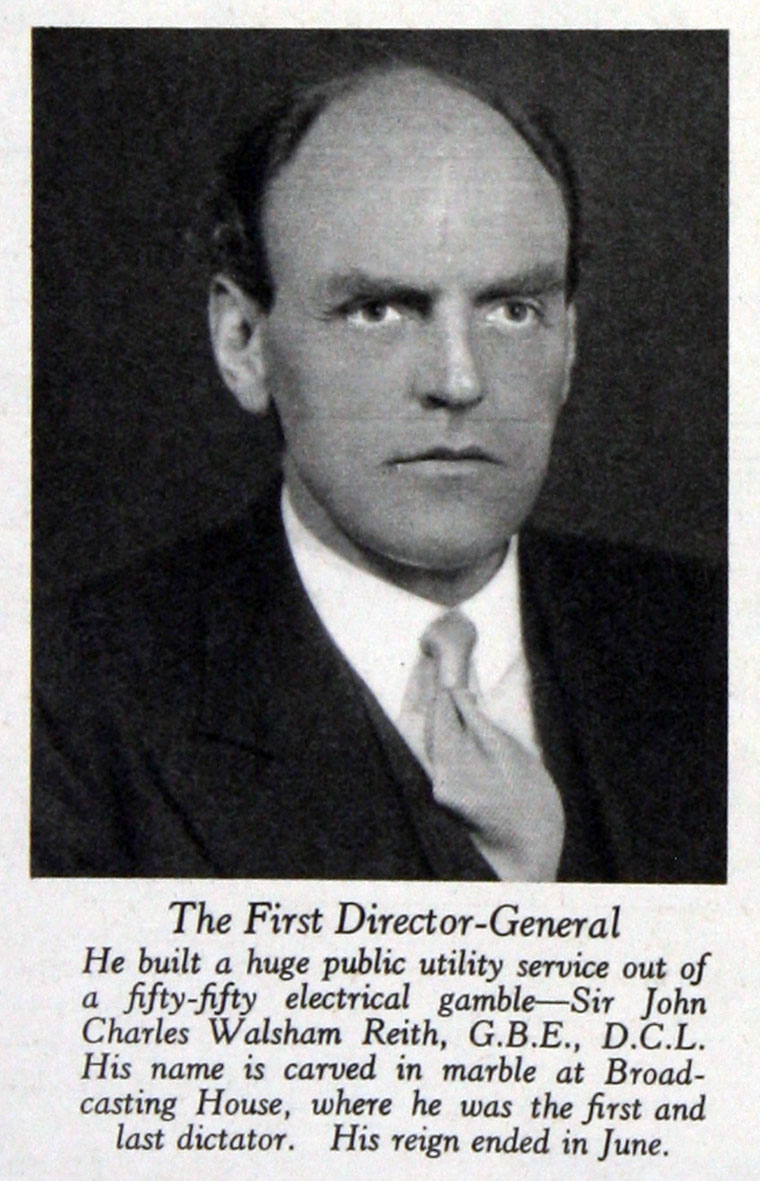 1916-7 In charge of American munitions contracts in America

1918-9 Engaged on special construction work in England, latterly with the Admiralty

Post-WWI In charge of liquidation of armament and engineering contracts

1926 Appointed the first Director General of the BBC. His name is carved in marble at Broadcasting House.