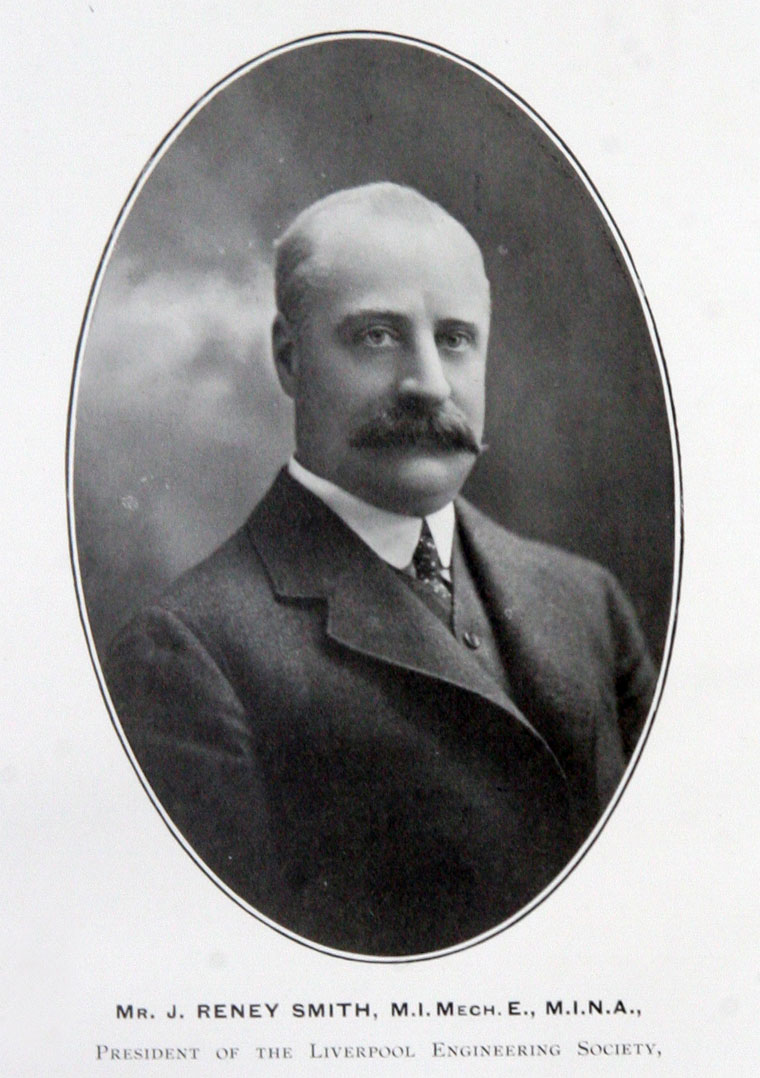 He was born in 1863 and educated privately and at Liverpool University where he had a distinguished career, obtaining a Derby scholarship, in addition to being prizeman and medallist, and graduating with honours in engineering (London). He received his early training at Messrs. George Forrester and Company's Vauxhall Foundry in Liverpool. Subsequently he became chief draughtsman and assistant manager.

In 1892 he entered into partnership with Mr. Robert C. Harvey, and practiced in Liverpool as a consulting engineer. His activities, however, in this respect, extended to Egypt and India and for a period he was engaged as resident engineer at Perim Island in the Red Sea, in connecion with harbour works. In 1898 he joined Messrs. H. and C. Grayson, Ltd., as general manager, being subsequently appointed a director, a position from which he resigned in 1922.

During the war of 1914-18 he was a member of the Board of Management, Liverpool Munitions of War Committee. Mr. Smith resigned from the board of directors of Messrs. Grayson in 1922.