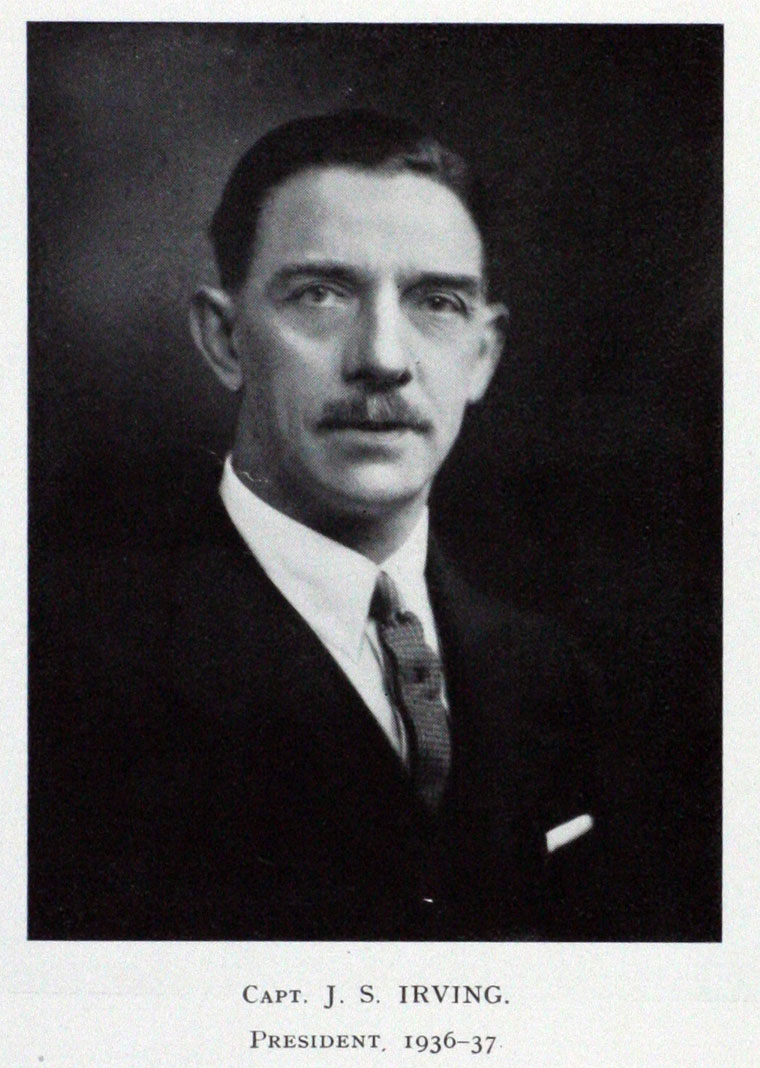 Captain John Samuel Irving, born in the spring of 1880, served a seven-year apprenticeship as a tool-maker thus laying the foundation of a career which was eminently of a practical nature.

At the age of twenty he became a depot manager for Messrs. Sam. Robbins of Rugby, one of the very early motor car dealers. He held that post for three years and then went over to the manufacturing side by joining the Daimler Company at Coventry where he was employed for most of the time on the testing of vehicles and as chief driving instructor.

At the age of thirty-nine he joined Mr. Louis Coatalen at the Sunbeam Motor Company, Ltd., Wolverhampton, and, as Chief Engineer, was responsible for the engine installations in H.M. Airships R33, R34, R37 and R38. Later he was in control of the Sunbeam racing and development programmes; this work included the Sunbeam car which achieved 207 m.p.h. at Daytona Beach, Florida, in 1927.

Late in that same year he joined the Humphrey-Sandberg Company as technical director, being mainly interested in the development of free wheels for automobiles. While with this concern he was responsible for the design, production and record attempts of the Irving Napier Special better known as the Golden Arrow, which, piloted by Sir Henry Segrave, broke the world speed record at 231 m.p.h., at Daytona Beach in March 1929: for this he received the Institution Medal. He was also responsible for the engine installations in Miss England I, which won the Harmsworth Trophy in the same year.

Captain Irving then went to the Humber-Hillman-Commer Group as technical director, later joining the Bendix Brake Company, of England, as general manager; after the amalgamation of that concern with Girling, Ltd., he held office as technical director until his retirement in 1946.

Captain Irving was elected a Member of the Institution in 1927. He was an Associate Fellow of the Royal Aeronautical Society and a Member of the Society of Automotive Engineers of the U.S.A. He was President of the Institution of Automobile Engineers for 1936-37 and for his Presidential Address he gave a Paper entitled 'Speed' which dealt with rapid transit in all the elements— land, sea and air. He had already presented an earlier Paper on the Golden Arrow.

In character John Irving - Jack to his intimates - was most lovable. He was never without a kindly word and always offered a helping hand whenever he could do so. When he led the Institution on a Summer Visit to Germany - 5th to 16th June, 1937 - he was the life and soul of the party.

He had a great love for children and, when he retired from his daily duties at the works, he added greatly to his workshop to enable him to set out on a regular routine of toy-making on the latest principles for a one-man factory. The toys were taken on Christmas Eve to the local Children's Homes and never was a smiling `Father Christmas' more joyfully received.

He died on the 28th March, 1953, and the church, at the funeral service, was crowded with members of the automobile industry of all ranks. He had enjoyed a very full, useful and happy life and his passing was mourned by all who knew him.