Grace's Guide is the leading source of historical information on industry and manufacturing in Britain. This web publication contains 137,418 pages of information and 221,179 images on early companies, their products and the people who designed and built them. 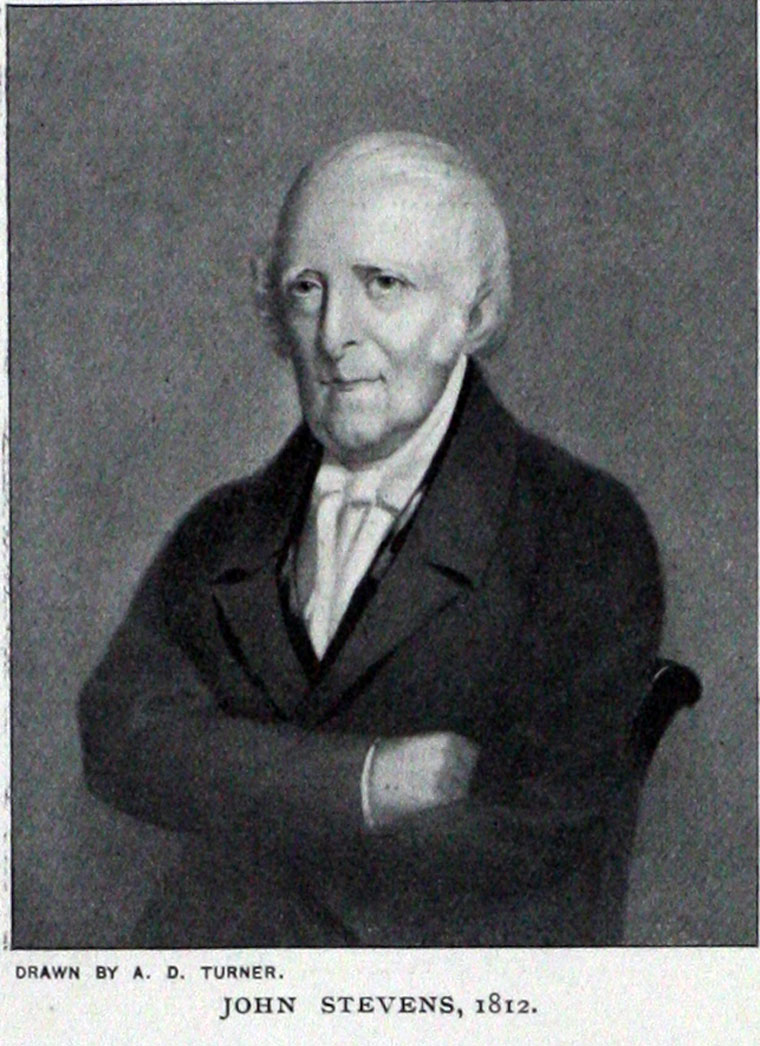 He undertook extensive development of steam engines, boilers, and propellers, as well as the forms of vessels' hulls.

1825 Built a locomotive named the 'Steam Waggon', having a vertical water tube boiler. The boiler tube nest and safety valve have survived.

1807 He and his son Robert L. Stevens built the paddle-wheel steamer Phoenix, which ran on the Hudson River a few days after Fulton's steamer, the Clermont. As Fulton had secured a monopoly for steamboat navigation in the State of New York, on account of his priority, the Phoenix was run between the cities of New York and New Brunswick. She was afterwards taken out to sea and down the Atlantic Coast, then up the Delaware River to Philadelphia.[1]

A comprehensive biography is available online [2]