Grace's Guide is the leading source of historical information on industry and manufacturing in Britain. This web publication contains 146,714 pages of information and 232,164 images on early companies, their products and the people who designed and built them. 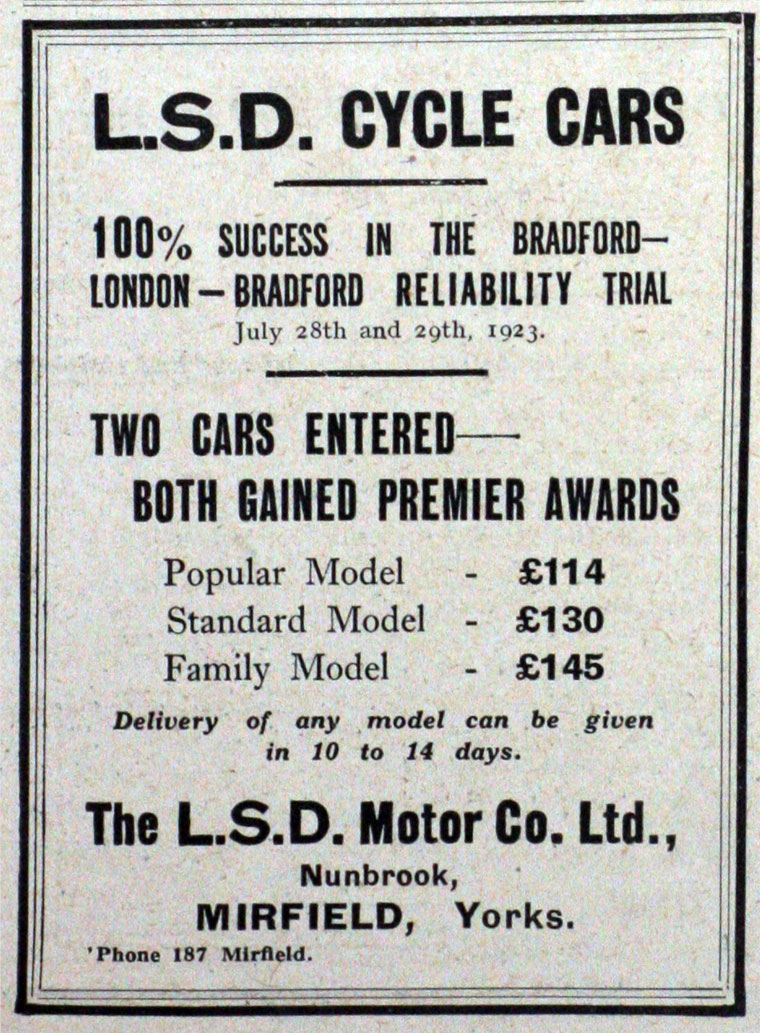 Exhibit at the Tolson Museum, Huddersfield.

Started in 1919 in Huddersfield by a firm of electrical engineers.

First made by Sykes and Sugden

Name came from the three founders Longbottom (the designer), Philemon Sykes (the manufacturer) and Dyson (the accountant).

The cars were three-wheelers and there were the Family, Popular and Standard models as well as 3 and 4 cwt vans.