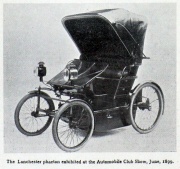 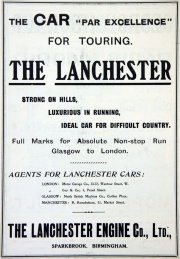 1903 May. Took part in the 1903 Glasgow to London Non-Stop Trial and the 10 h.p. Lanchester No. 5 gained maximum marks while No. 4 withdrew with a broken reverse gear.