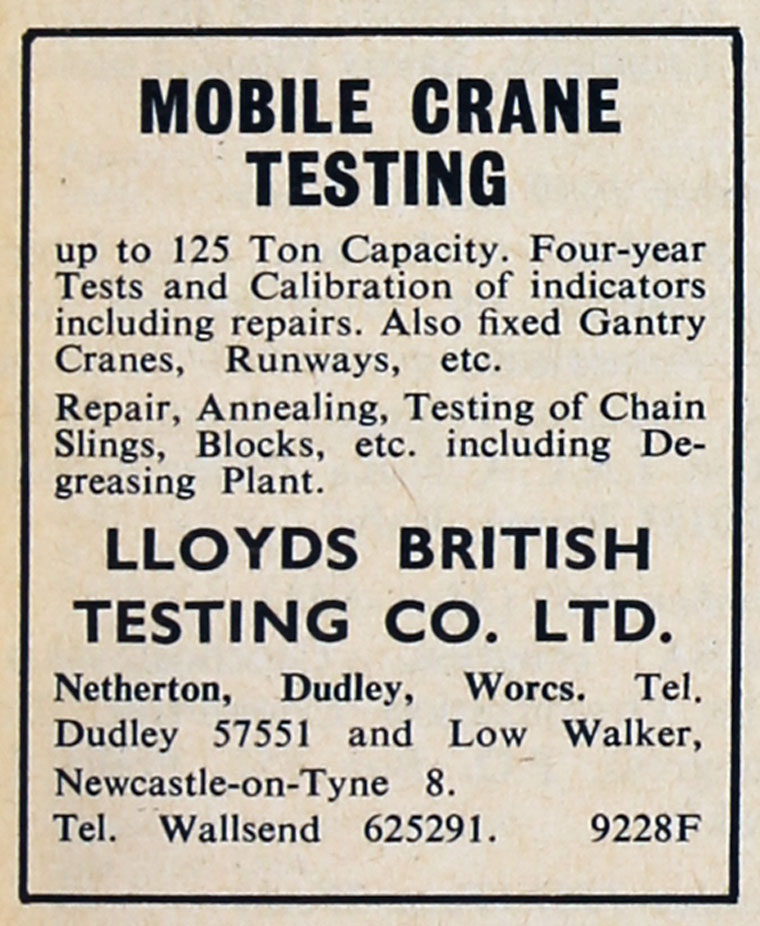 1900 The company was registered on 2 April, to acquire the businesses of four companies. [2]. Formed in response to recent legislation regarding the safety of anchors and cable, the business had a large N. Hingley and Sons shareholding and Hingley representation on its board.

1971 A tester and hirer of lifting equipment. Acquired by Close Brothers[3]

1974 Was a subsidiary of Francis Sumner; sold H. Cox (Plant Hire) Ltd, Hiracrane Ltd, and depots at Coventry and Truro[4]