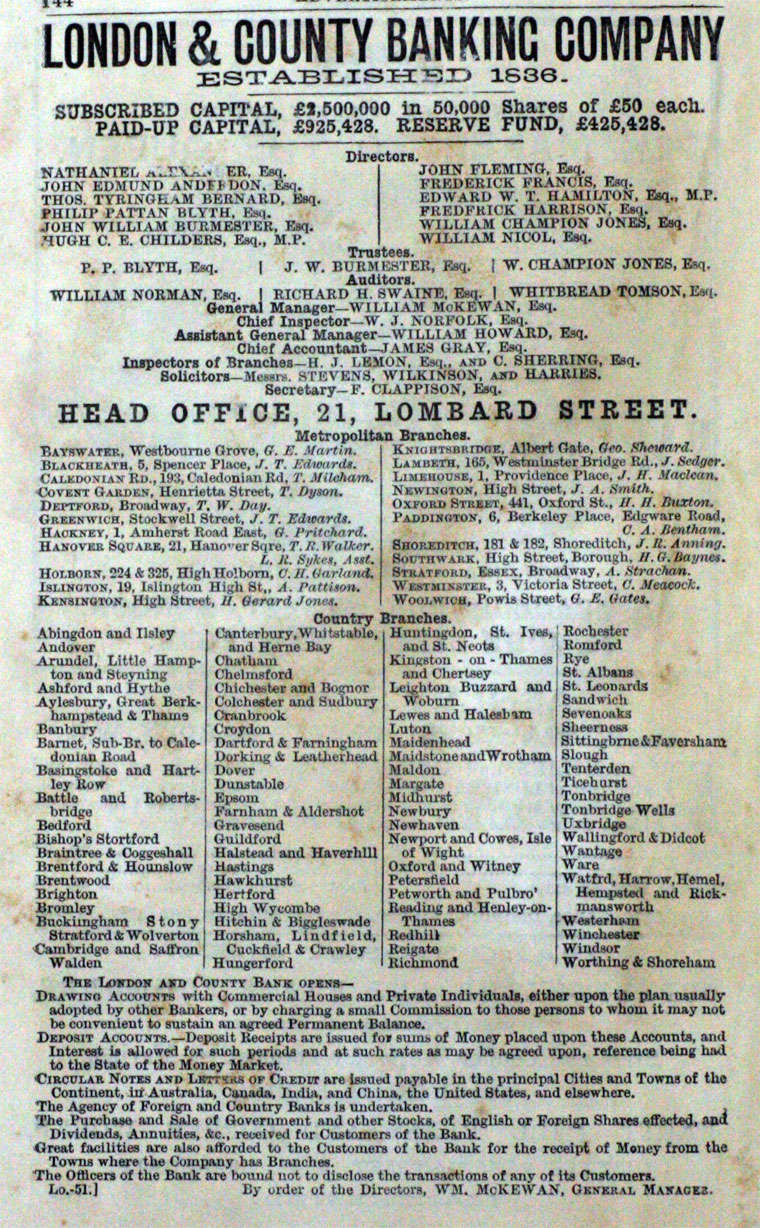 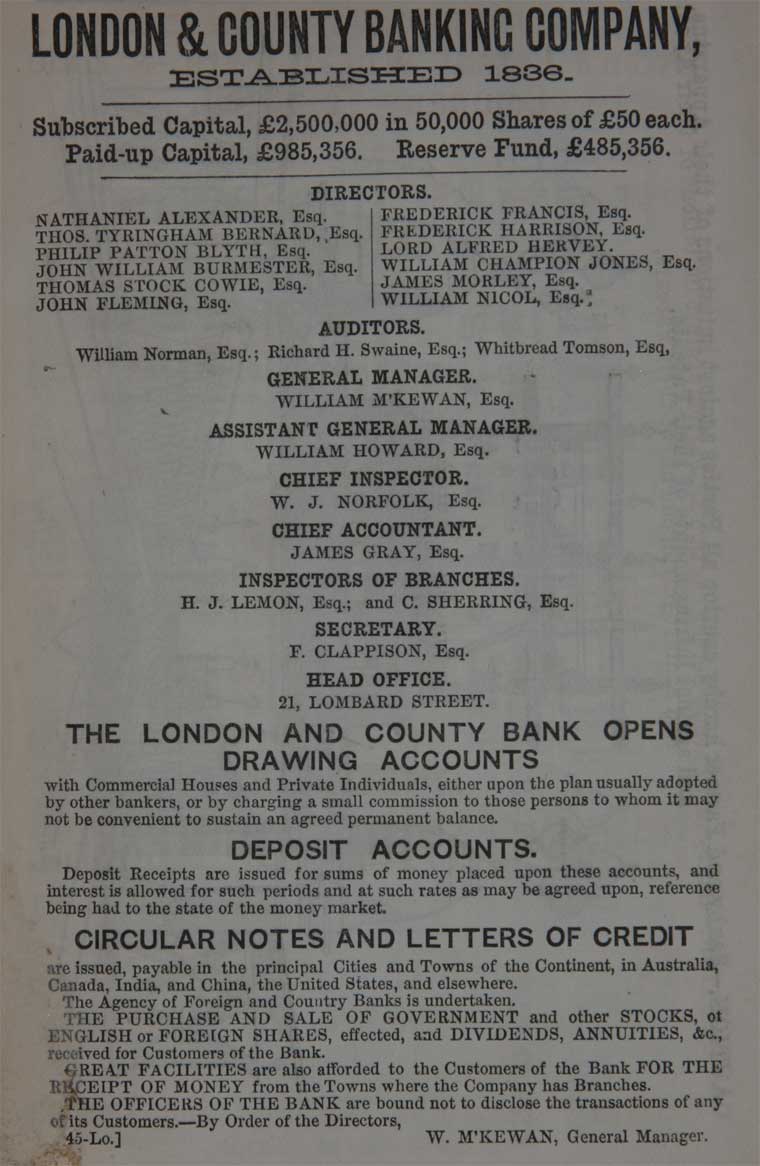 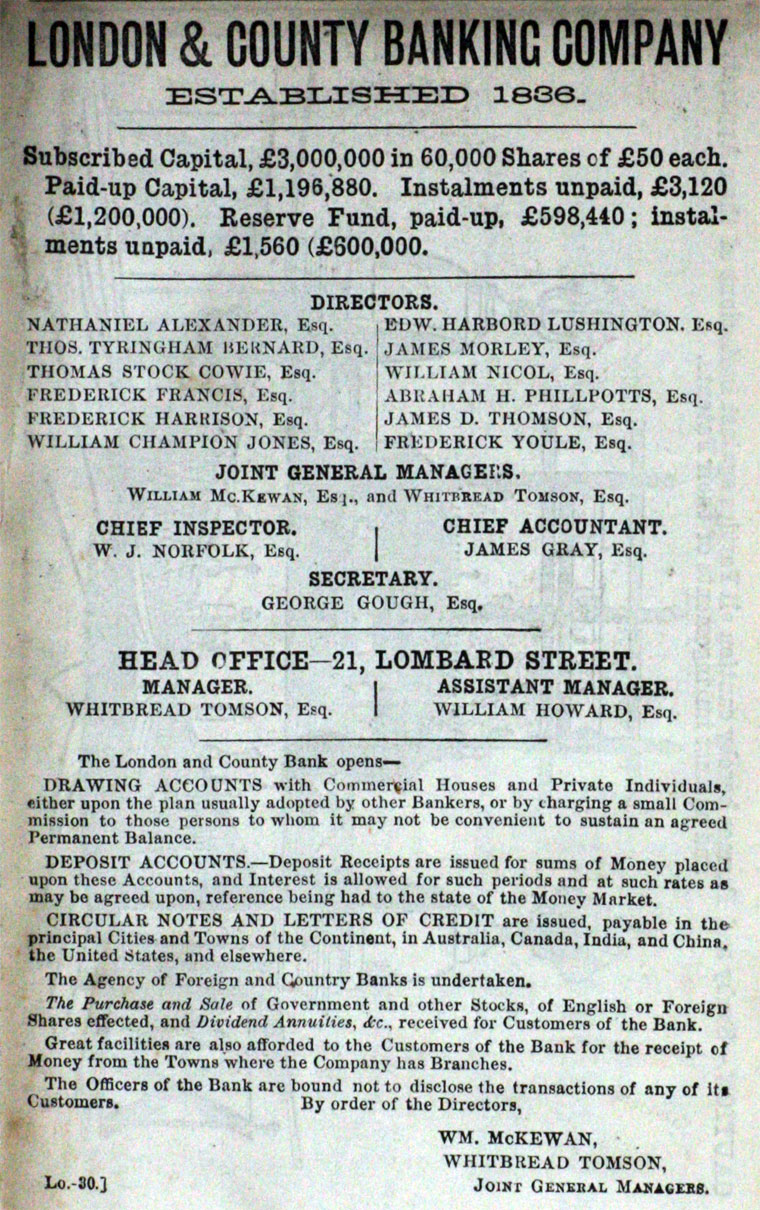 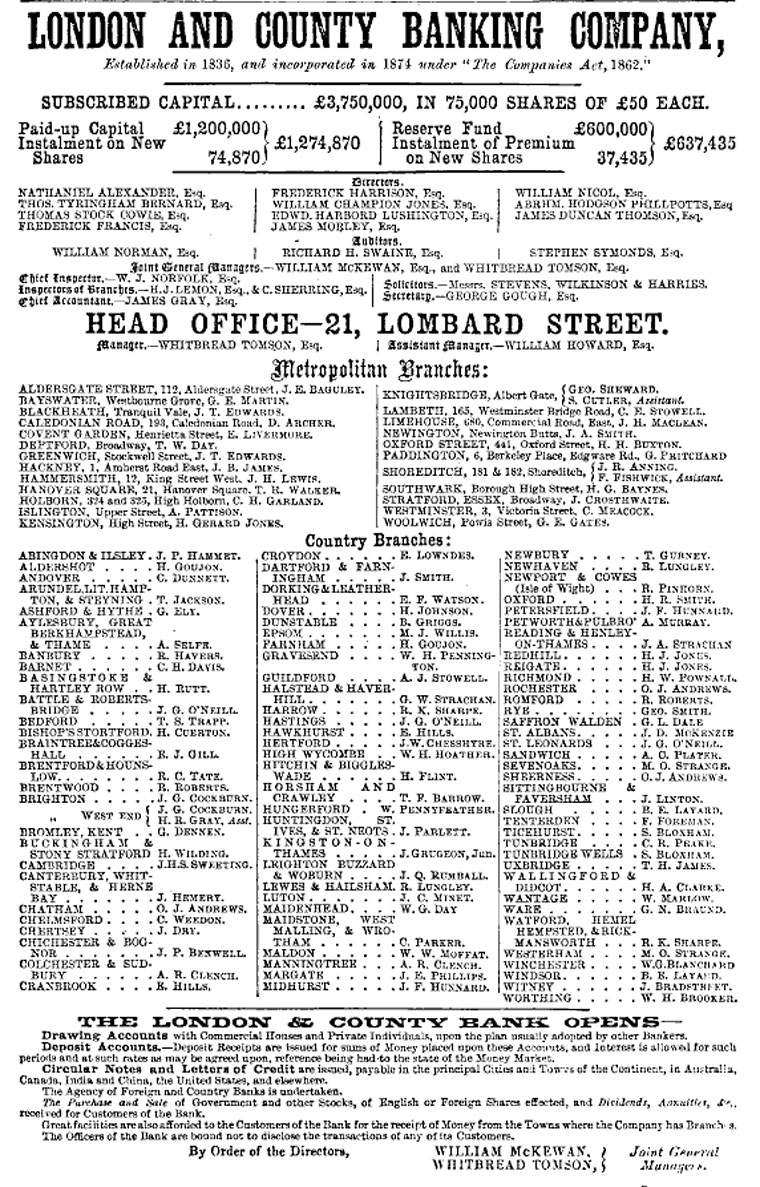 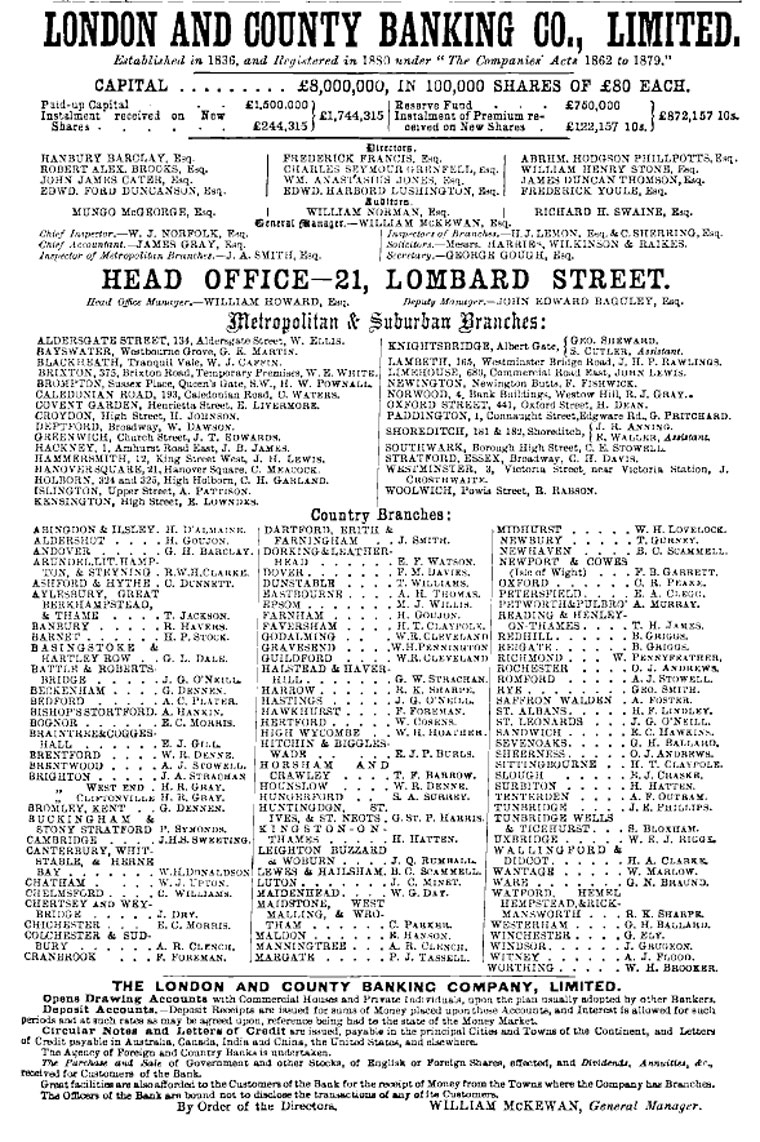 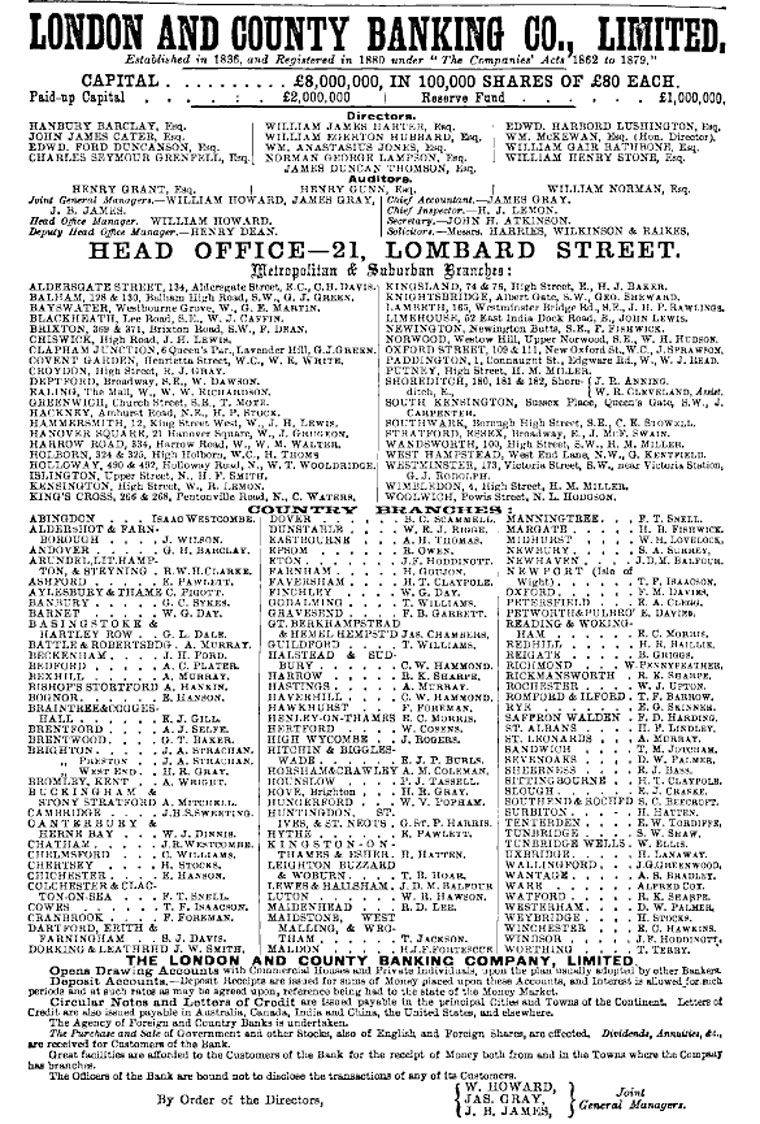 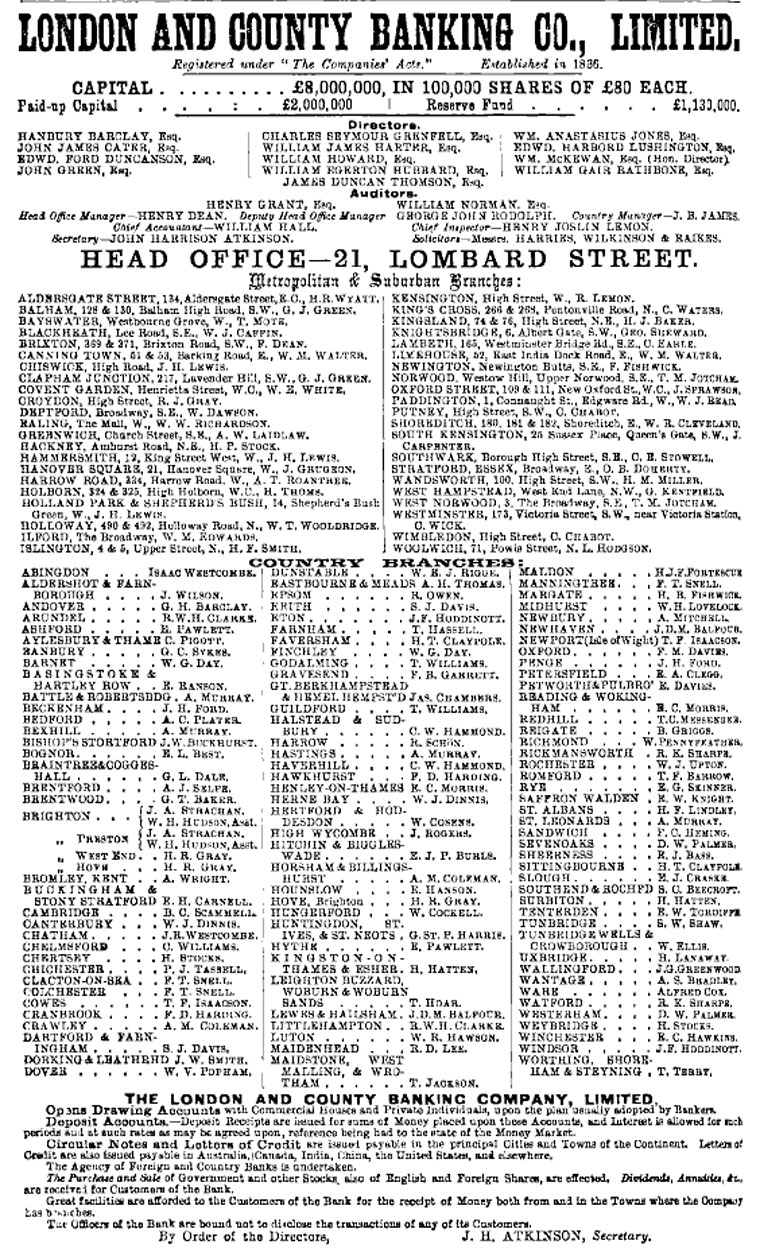 1837 The head office was moved to 71 Lombard Street, City of London

1839 the bank was renamed London and County Banking Co.

1839 Acquired Jeffreys and Co of Chatham

1841 Acquired Hopkins and Drewett of Arundel

1843 Acquired Wilmshurst and Co of Cranbrook

1855 Acquired Eddy and Squire of Berkhampsted

1859 Acquired the business of the Western Bank of London

1860 Acquired the business of Robert Davies and Co of Shoreditch, London, which failed in 1860

1870 Acquired Nunn and Co of Manningtree