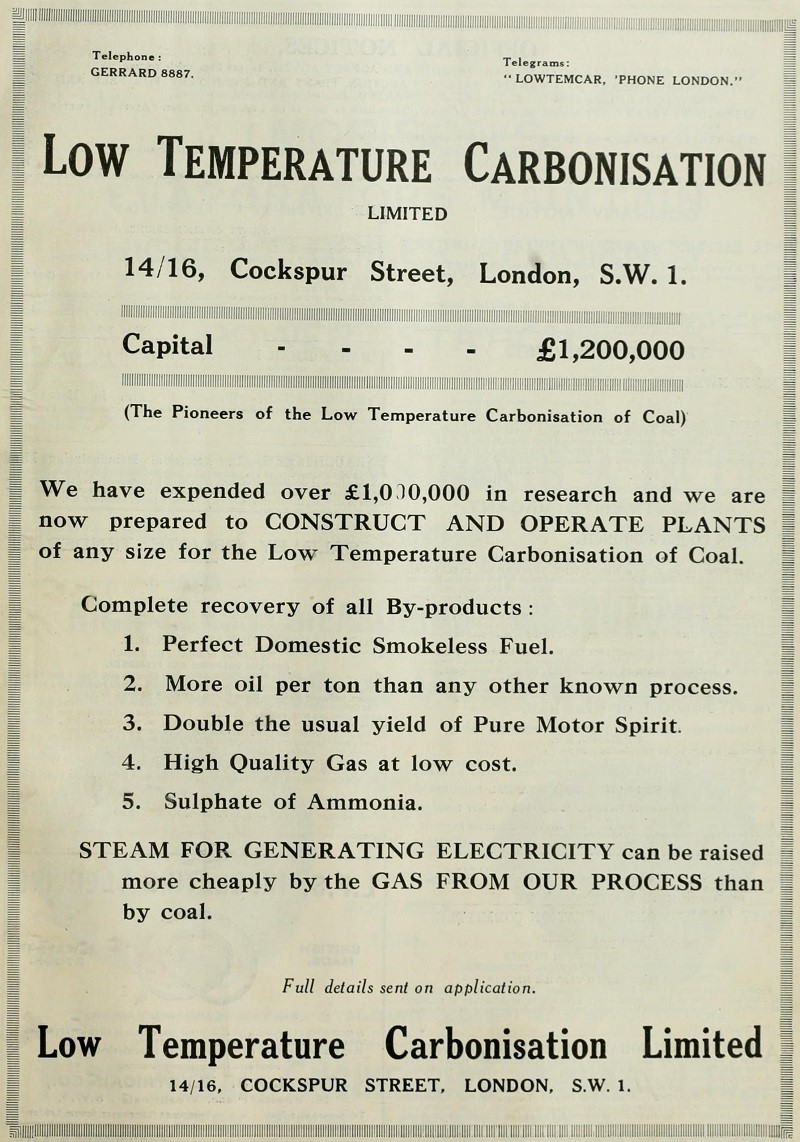 1929 Had placed an order with Simon-Carves Ltd for a complete distillation plant for erection at Barnsley; it would be finished in July[2]

1936 The Derbyshire Coalite Company Ltd, a subsidiary of Low Temperature Carbonisation Ltd, erected eight batteries of retorts to make Coalite on a site to the west of Bolsover colliery. Production began in November 1936. It was then using 500 tons of coal a day from Bolsover colliery.

1938 An associated company, the British Diesel Oil and Petrol Co. Ltd, opened an extensive chemical works on an adjacent site to refine the liquid products arising from the treatment of coal by the Coalite process. A research laboratory had been opened at the works.

1939 The refinery operated by the British Diesel Oil and Petrol Company was in full production.

1946 Low Temperature Carbonisation's activities did not fall within the scope of the Coal Industry Nationalisation Act of 1946.

1952 the registered office for all three companies was moved from London to Bolsover.