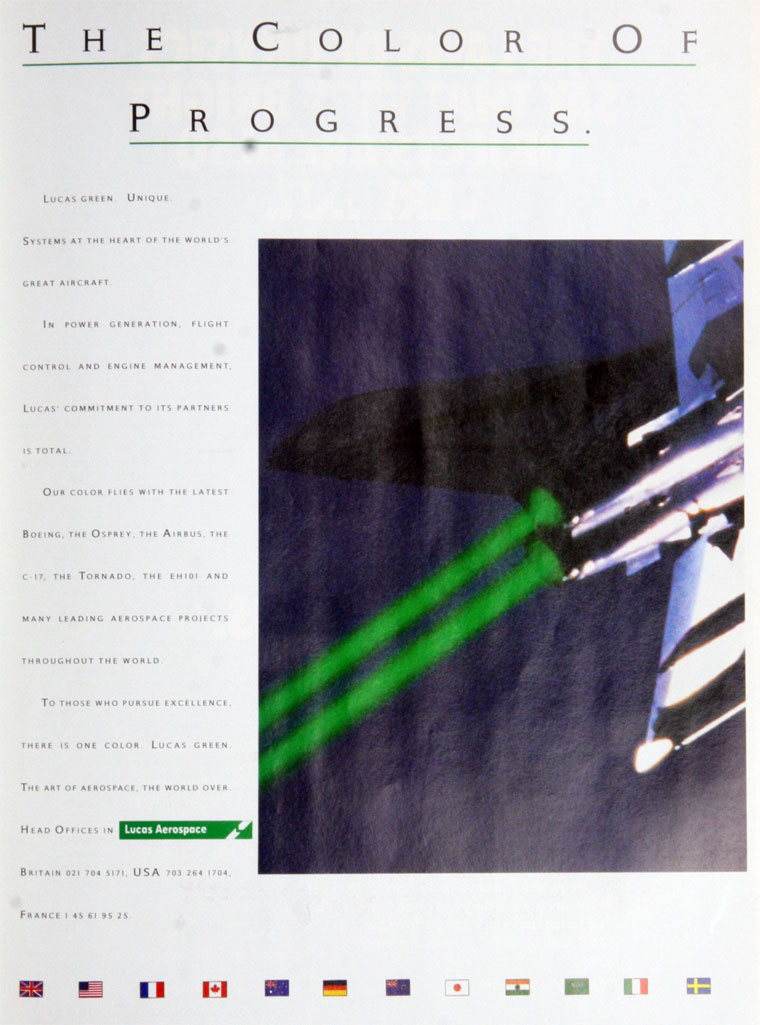 1975 was a subsidiary of Joseph Lucas (Industries) Ltd[2]

1982 Lucas Aerospace was a double award winner in the 1982 Queen's Award for Export Achievement. The company's Actuation Division earned an award for increasing overseas sales by 274% over the past two years, creating 140 new jobs in the process. The division also took a technology award for the re-heat nozzle and thrust reverser actuation system fitted to HB 199 engines.[4]

2002 The division made flight controls and cargo handling systems at sites in Huyton, Hemel Hempstead and Belfast as well as overseas. TRW sold it to Goodrich[6]