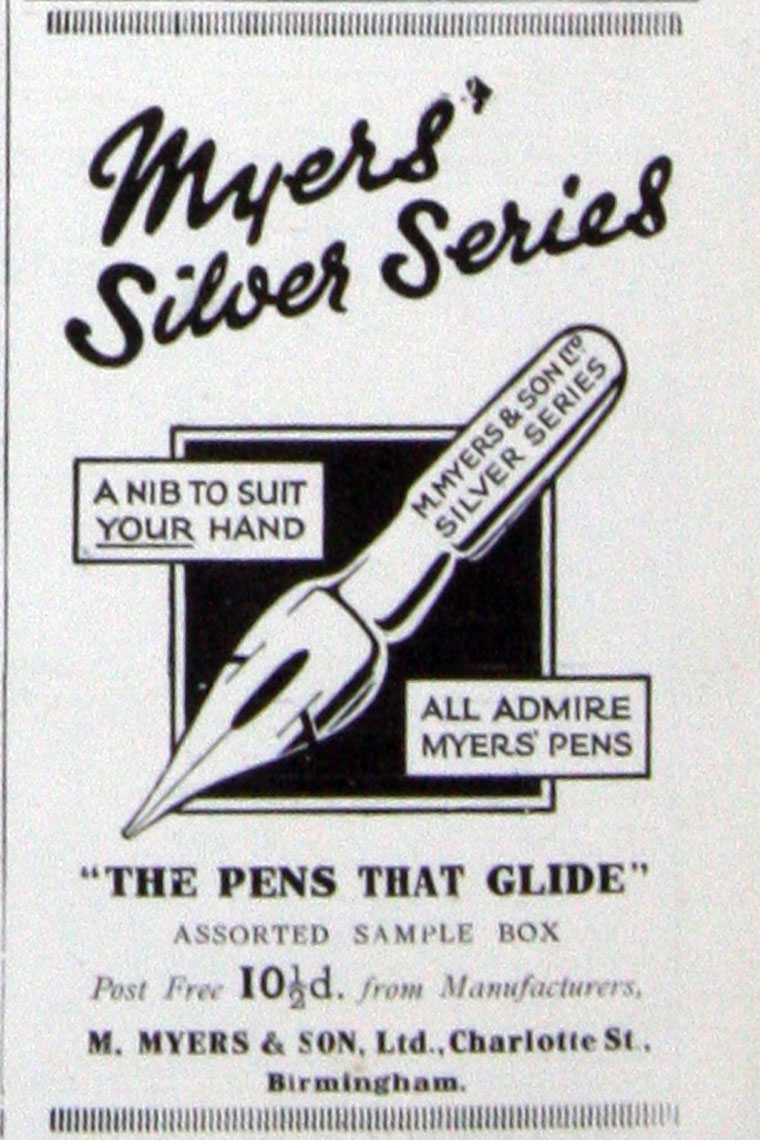 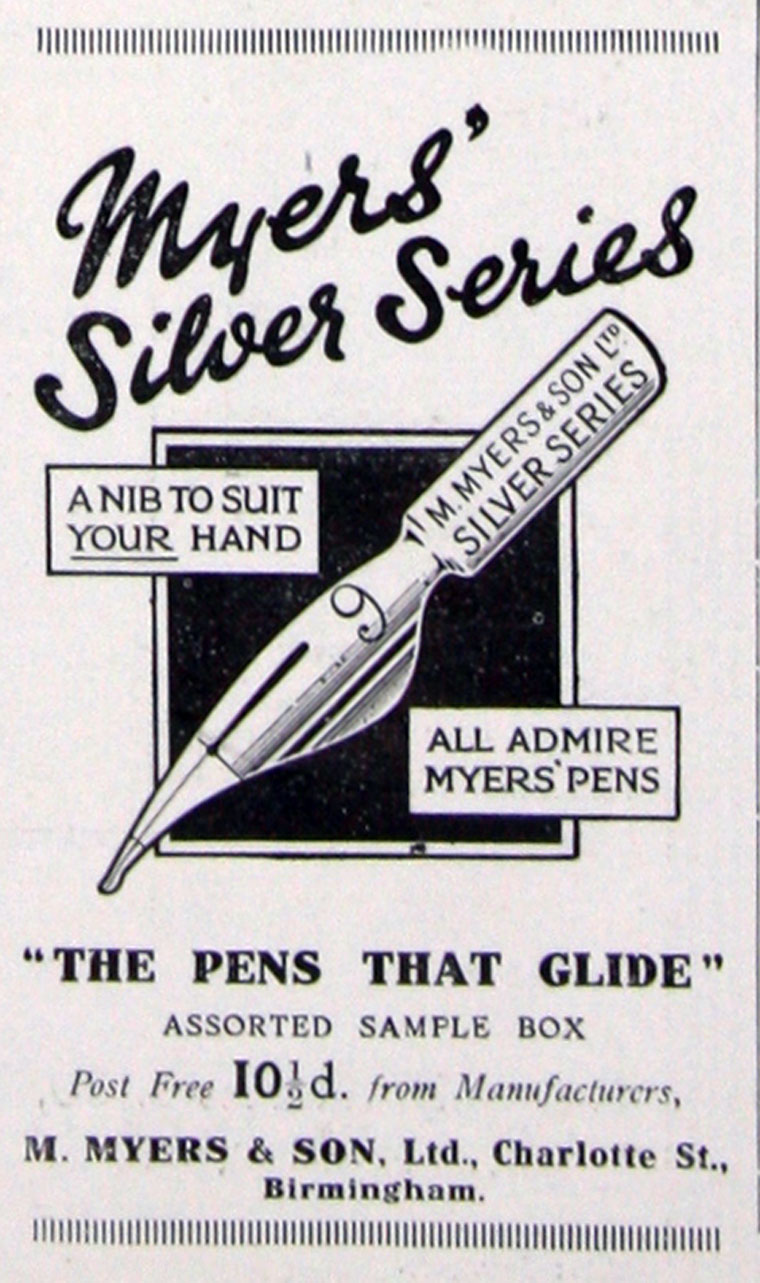 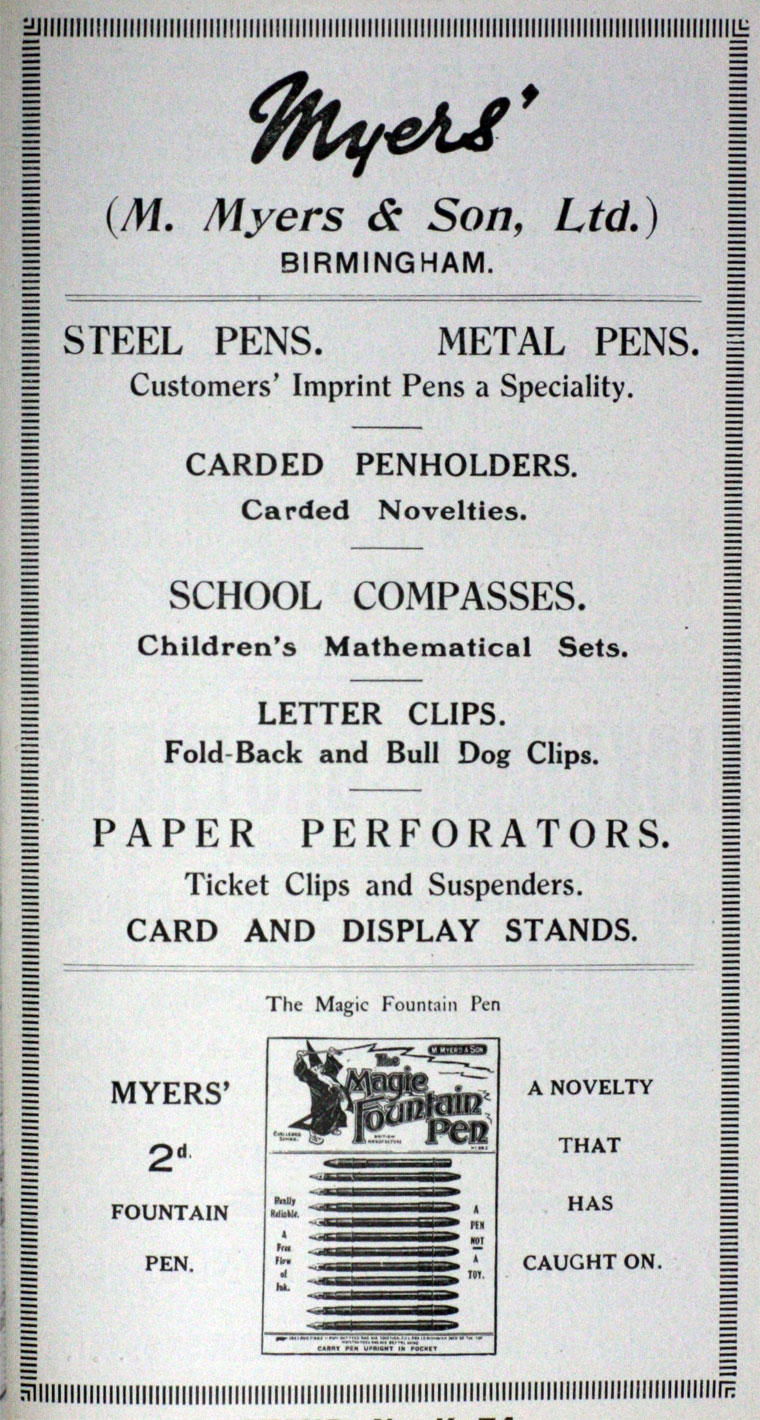 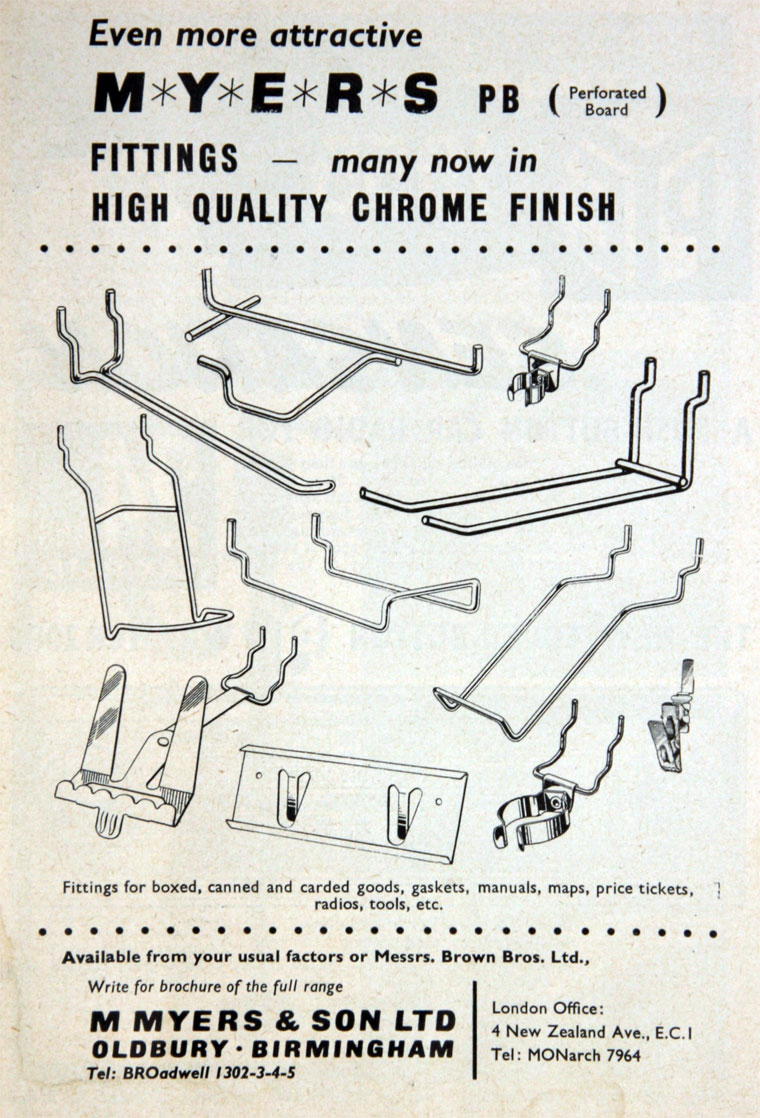 c1837 The business was founded by Meyer Myers, and was initially based at 8 Newhall Street. After trading on his own account for a while he entered a partnership with Philip Phillips, who in the early to mid 1840s had his own business at 2 Newhall Street, but Phillips dropped out after a few years.

1854 The firm moved to a purpose built works in Charlotte Street.

1939 The firm moved again, this time to Langley Green, Oldbury. The company, which remained throughout in the control of the Myers family, made corkscrews, drawing instruments and office supplies, including the famous bulldog clips, as well as pens. In common with Brandauer and Baker and Finnemore, they successfully diversified into precision pressings.

1985 The company was sold to an American label company, Avery International, who wanted to expand their European office stationery business. The old Myers directors quickly retired and the business transformed virtually overnight from a typically English family firm to part of an international conglomerate, which sold the factory and its land in Langley Green, and like many other long established British companies, it is now a housing estate.

The firm now operates under the Avery name from what was the distribution centre next to the railway crossing in Langley Green.