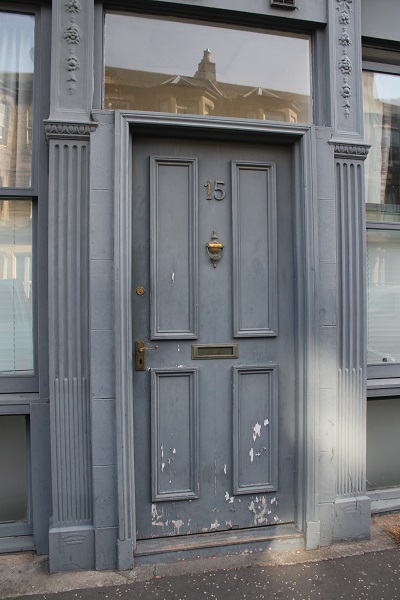 2016. Cast iron door surround in Edinburgh, made by Mackenzie & Co. Detail below 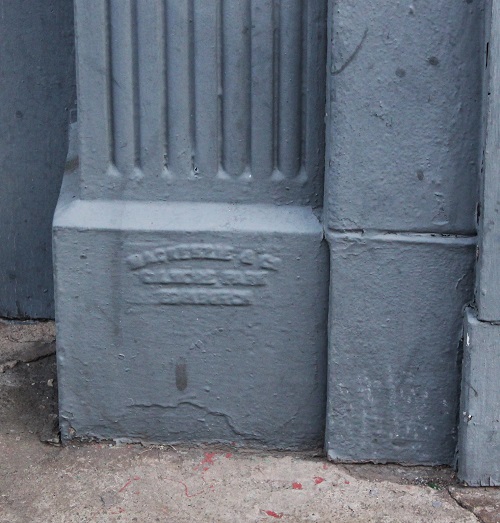 2016. Detail of 1877 map, thoughtfully displayed alongside the nearby Union Canal

Note: Gilmore Park is the name of a short road running from Fountain Bridge (road) to the Union Canal, and now crosses the canal by the Leamington Lift Bridge. The 1877 map (see photo) shows an iron foundry on the east side of this road, which presumably was, or became, Mackenzie's. The site has been cleared for development.