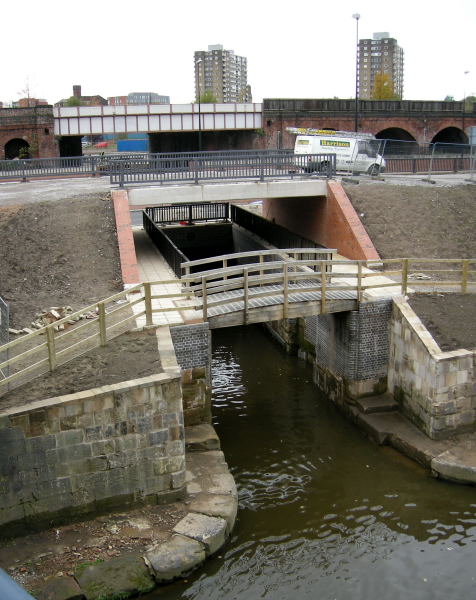 Junction of canal with the River Irwell, viewed from Prince’s Bridge. The factory of J. Chadwick and Sons was immediately to the left of the lock, and extended to the railway viaduct

1831 Parliamentary permission was given to the Manchester and Bolton Railway to convert the canal into a railway and to build the Kearsley branch. But the proposal was subsequently modified. The railway was built parallel to the canal from Salford to Clifton Junction, and then took a direct route to Bolton, and was opened on May 29th, 1838 - see Manchester, Bolton and Bury Canal Navigation and Railway