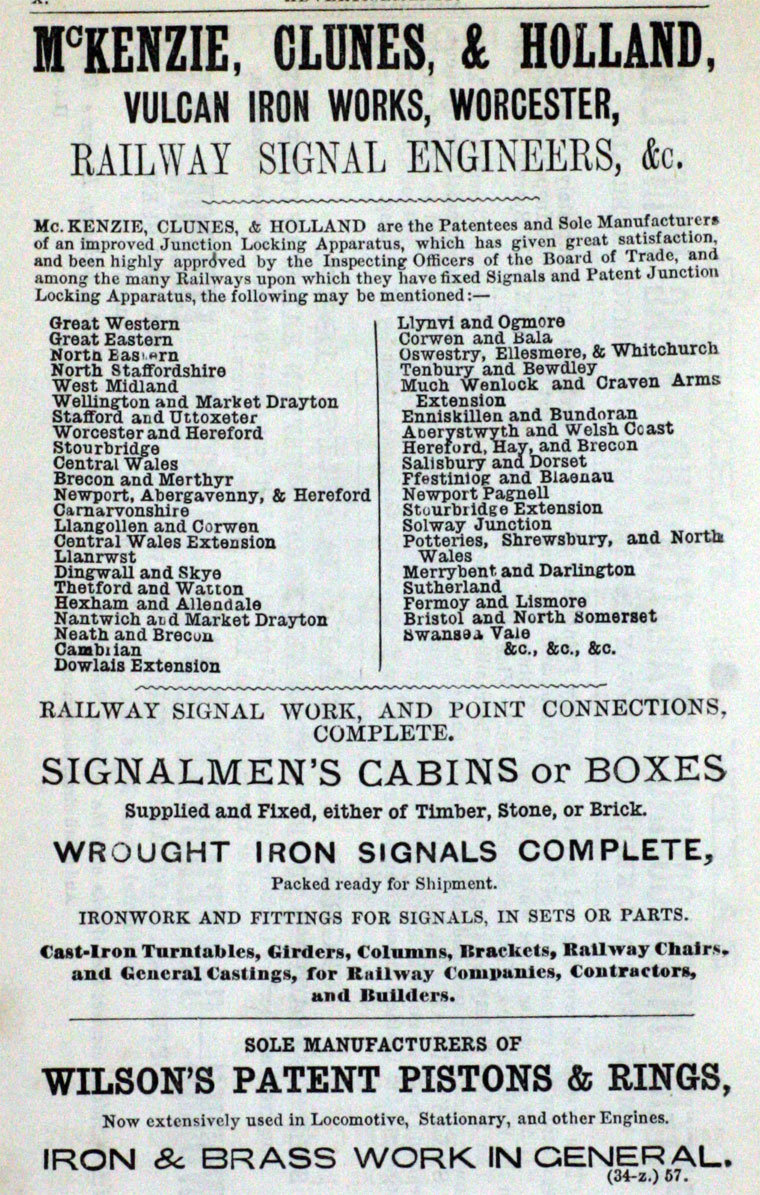 By 1880 presumably succeeded by McKenzie and Holland, as Sidney Wood was recorded as representing that company.