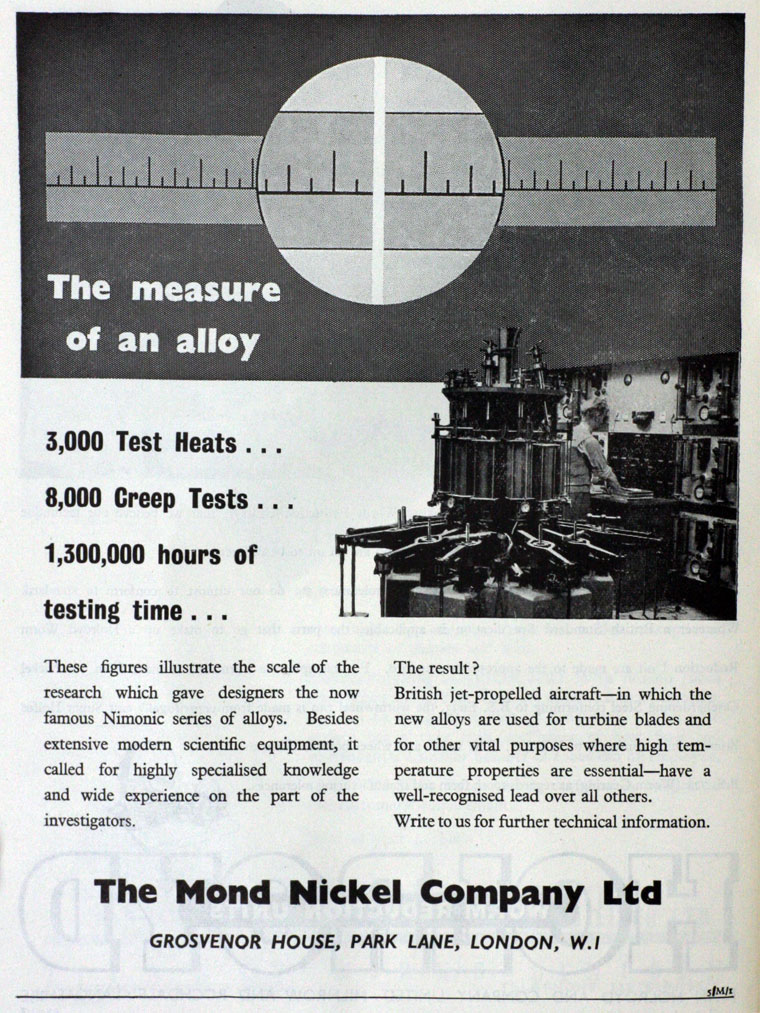 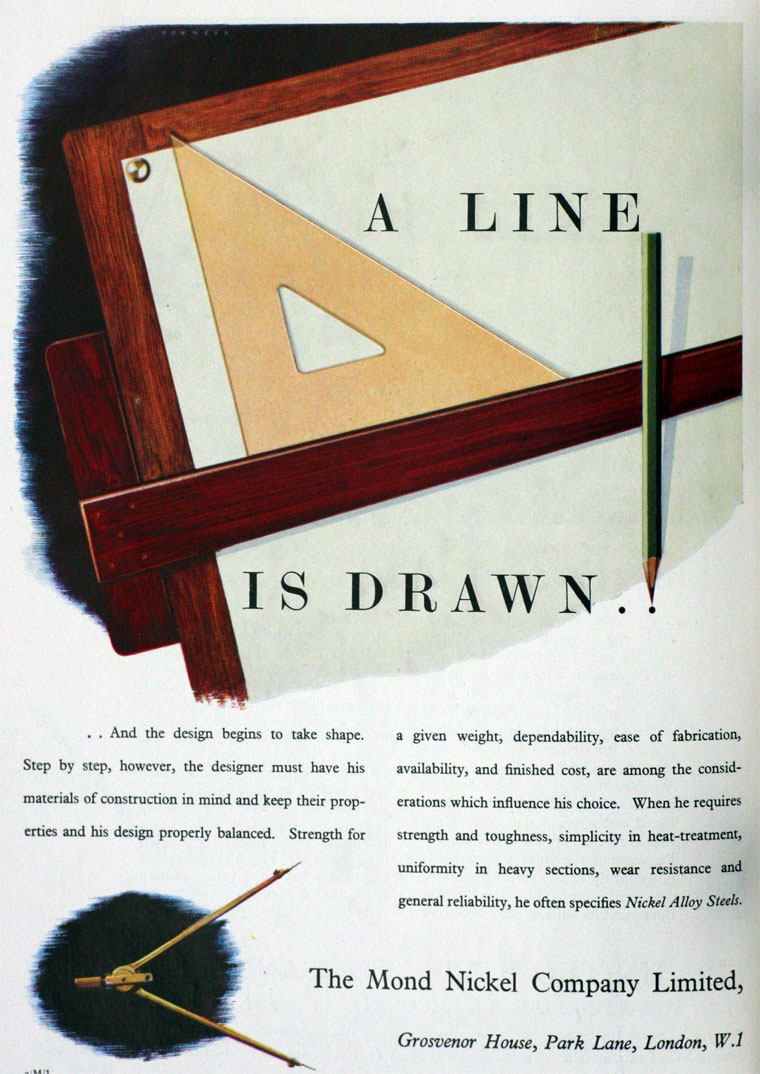 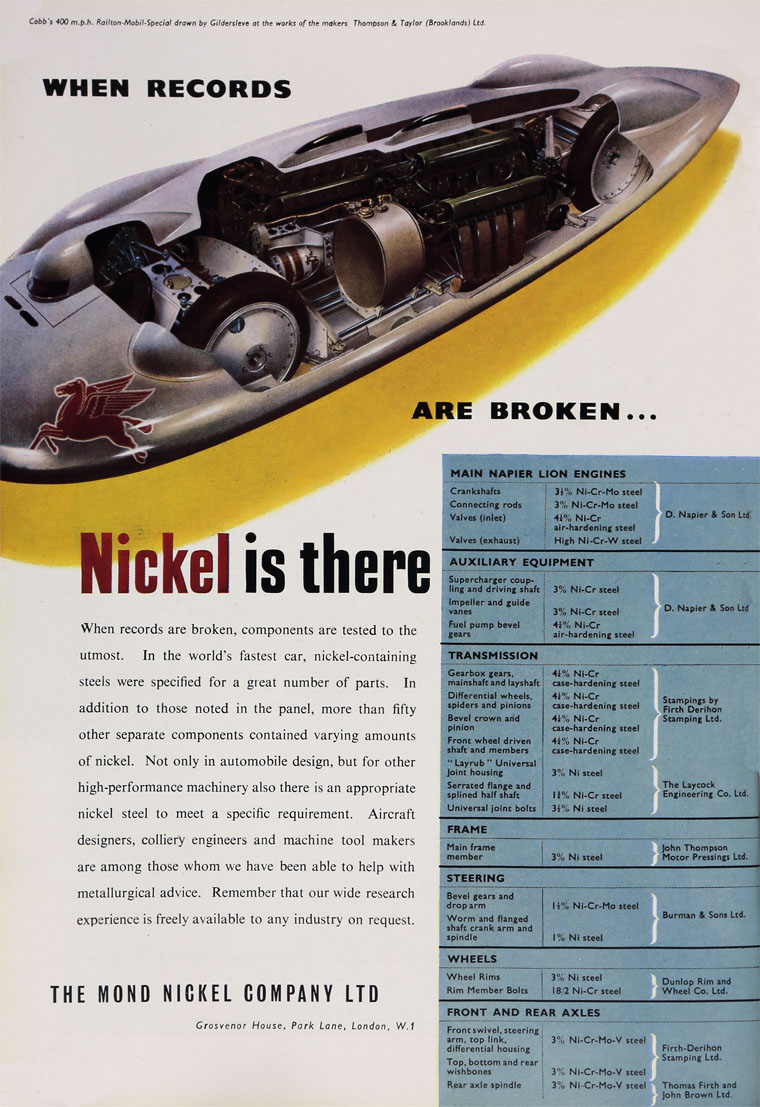 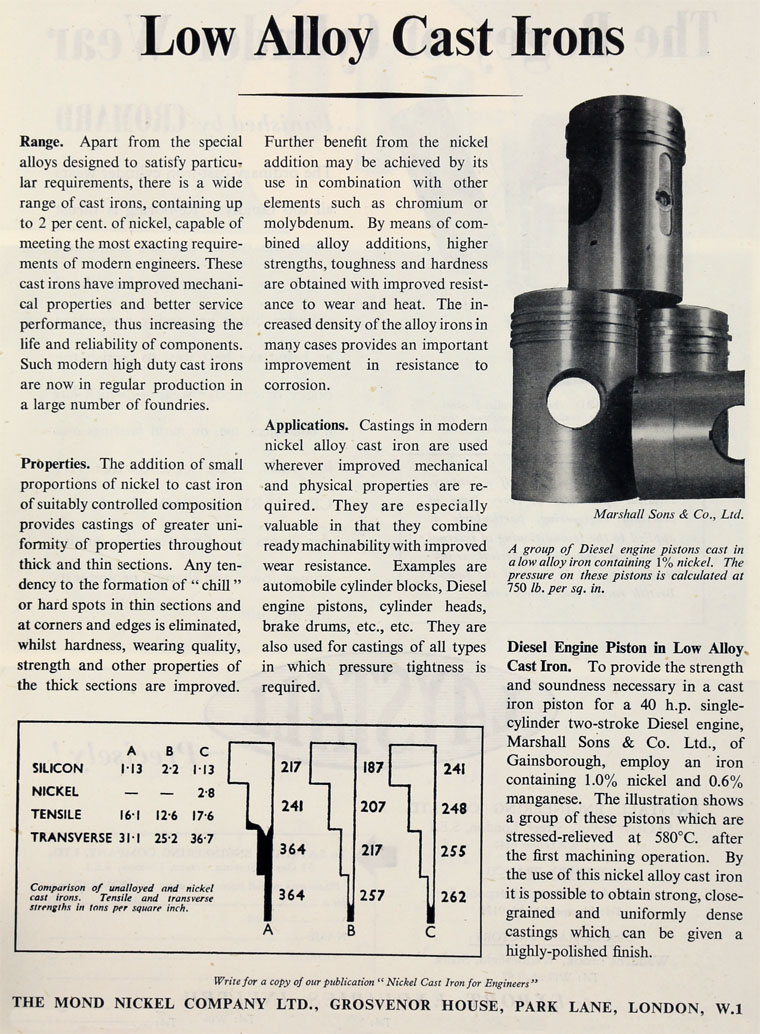 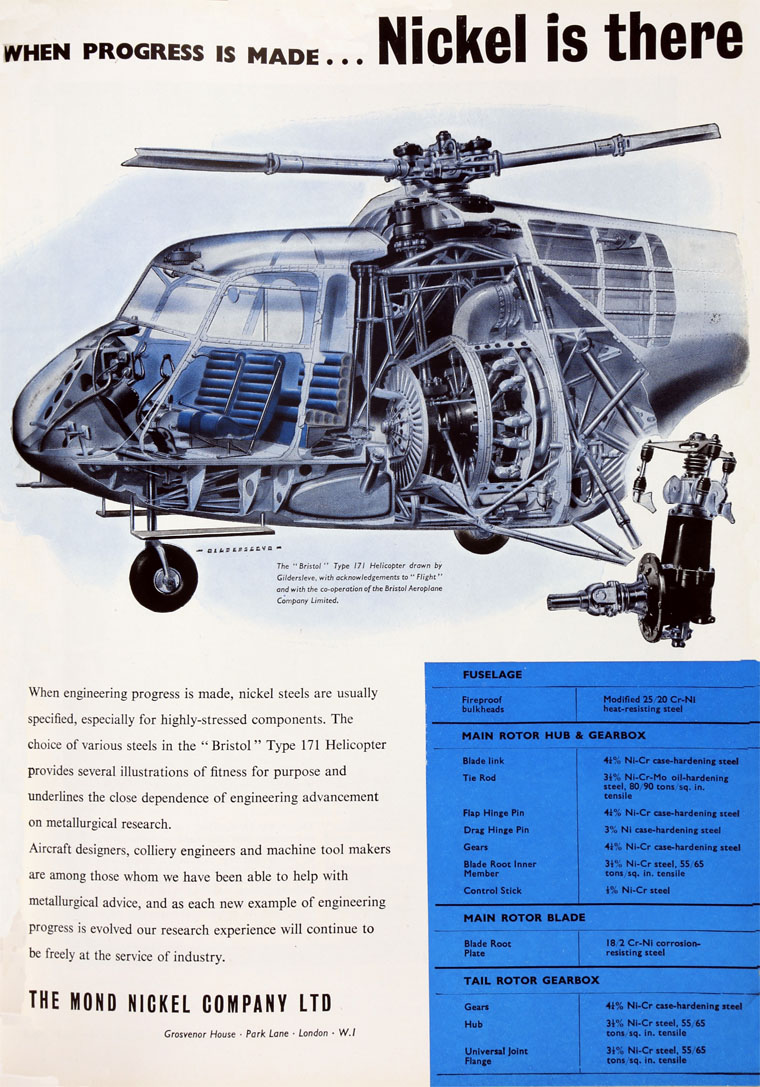 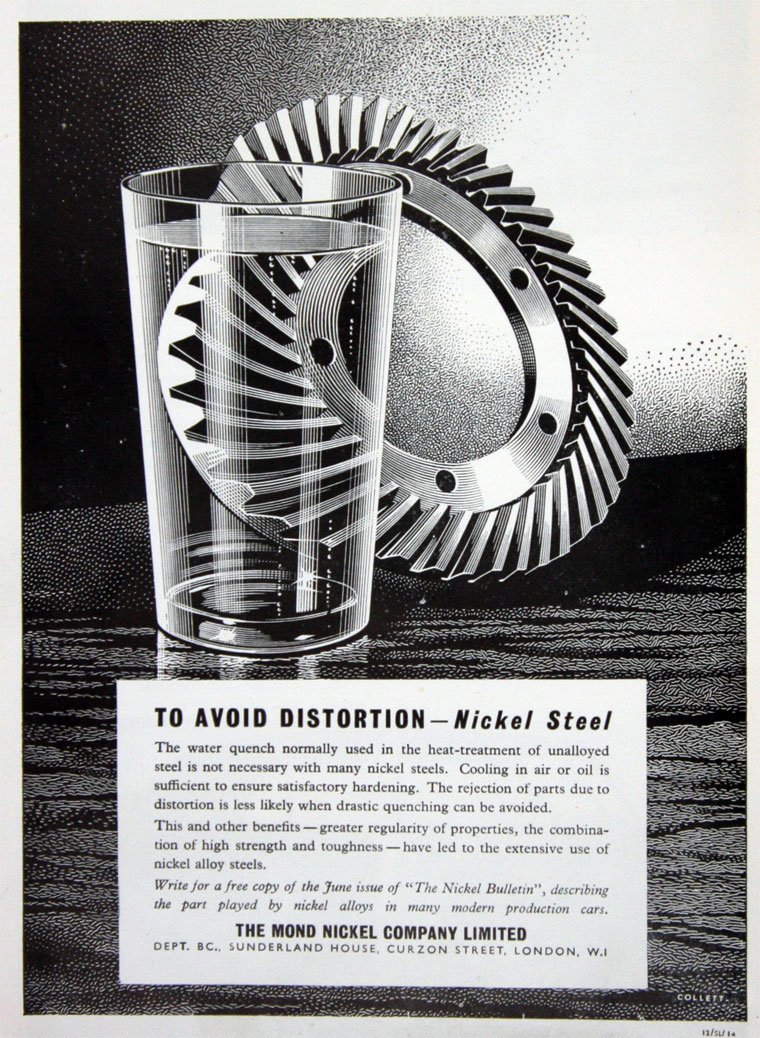 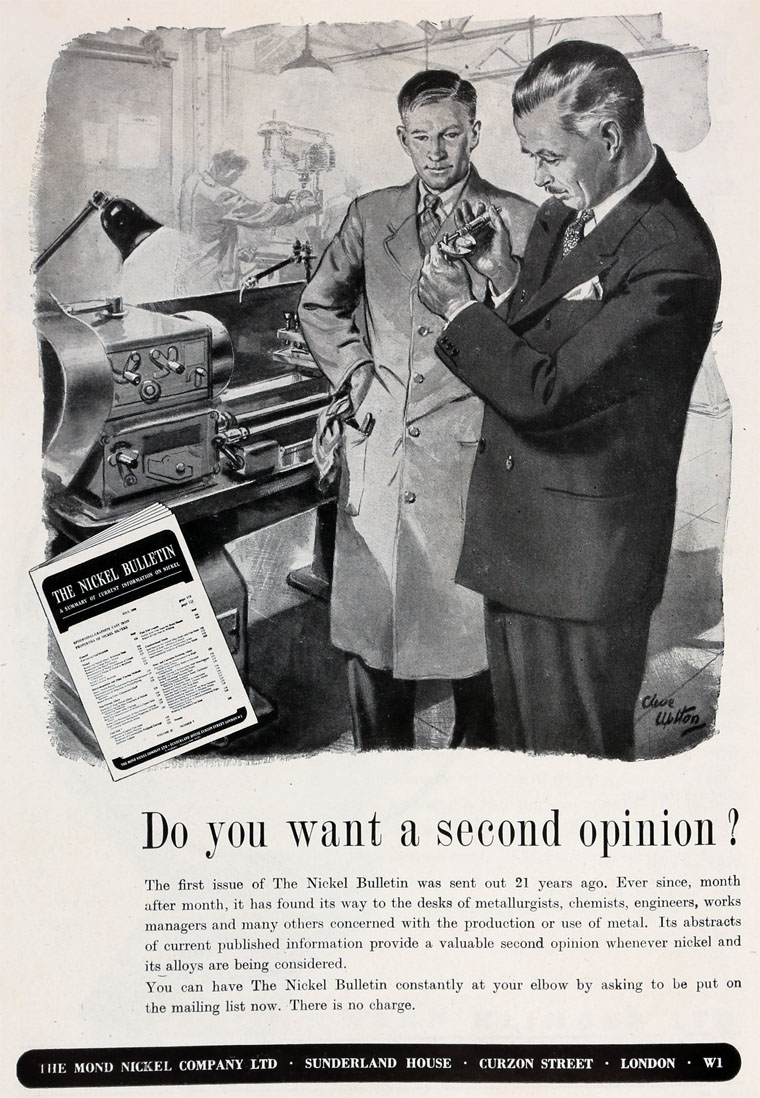 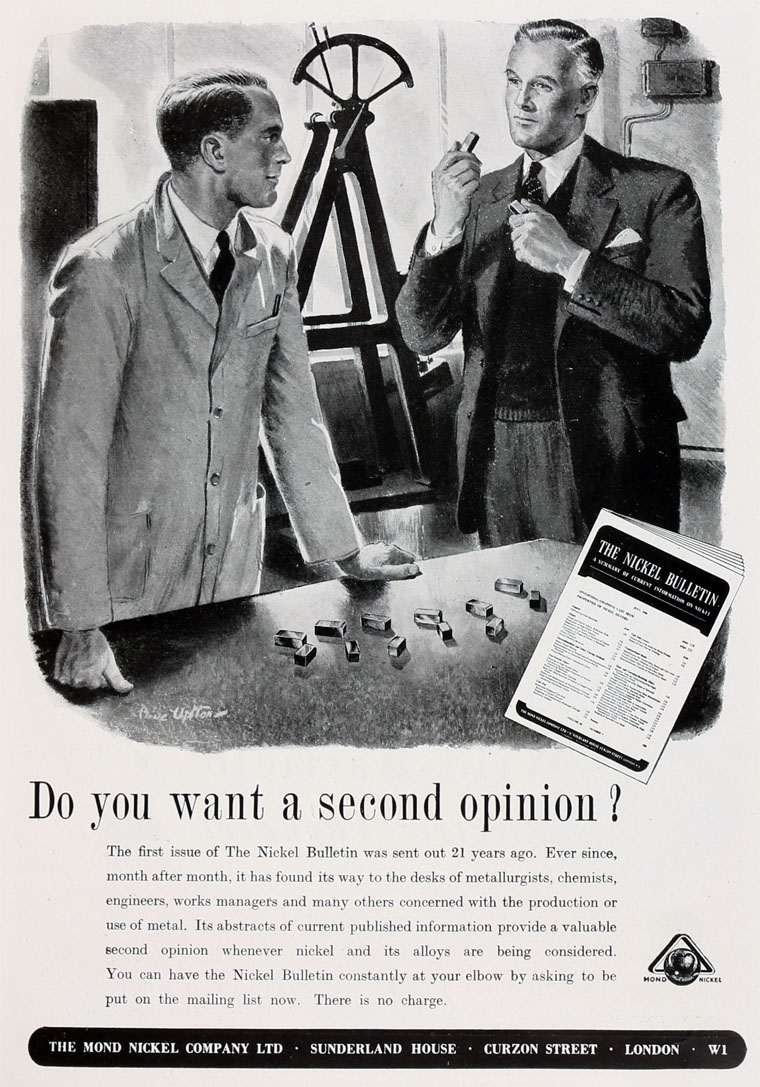 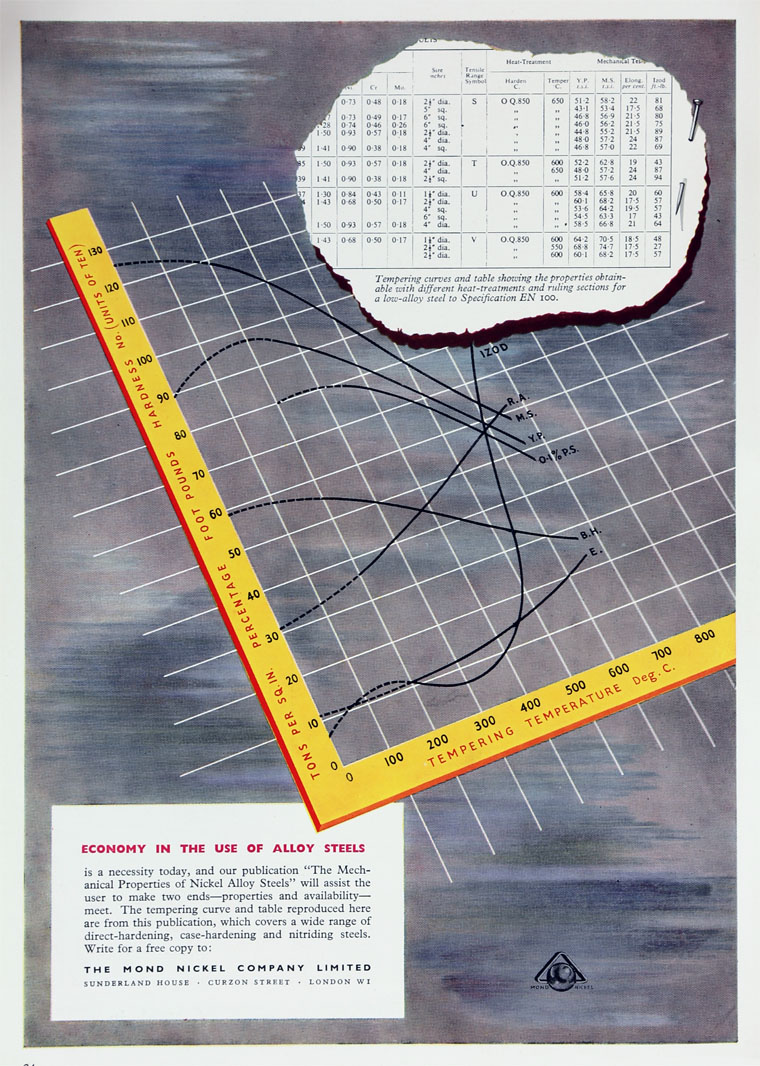 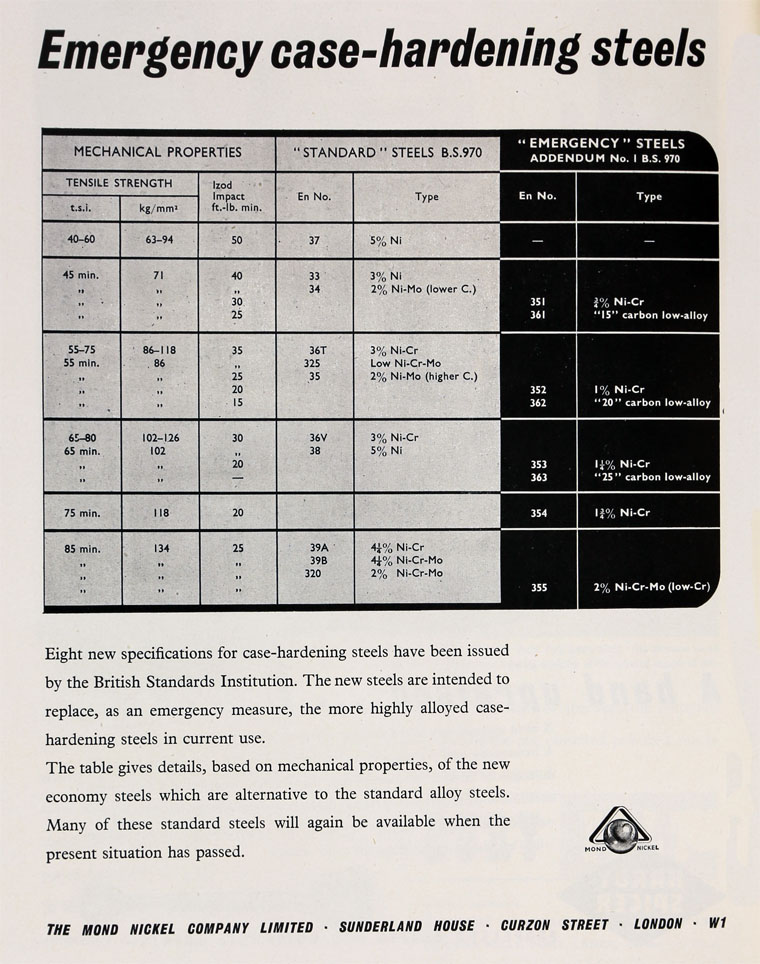 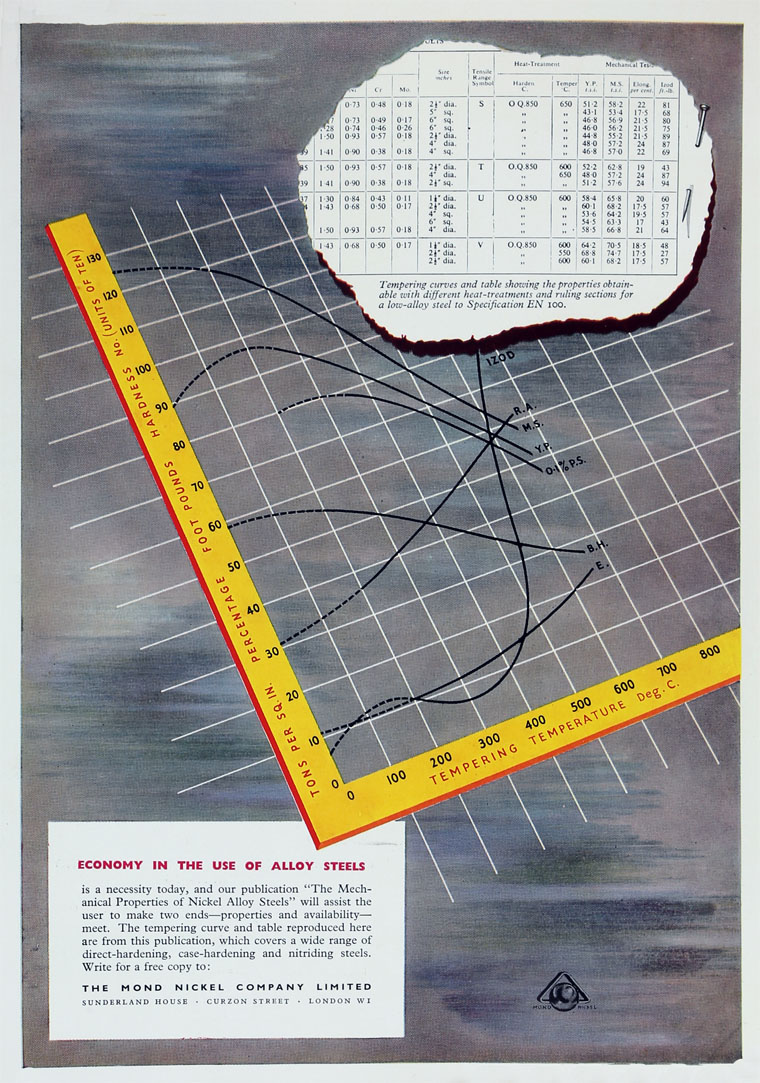 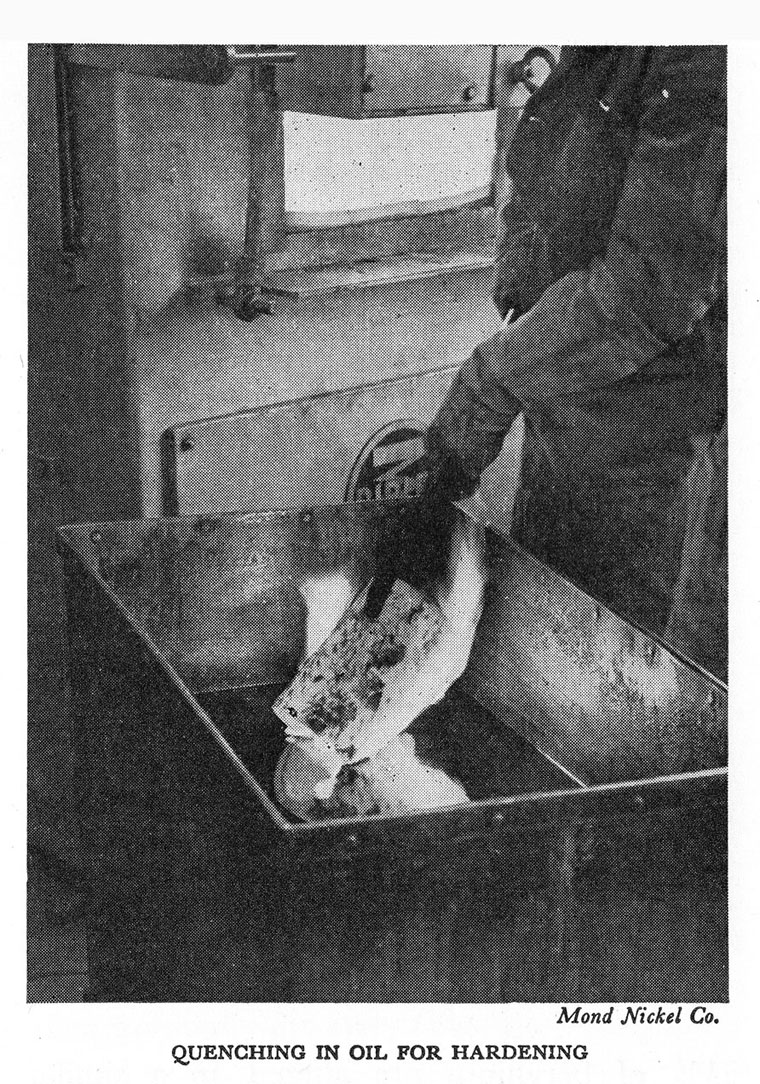 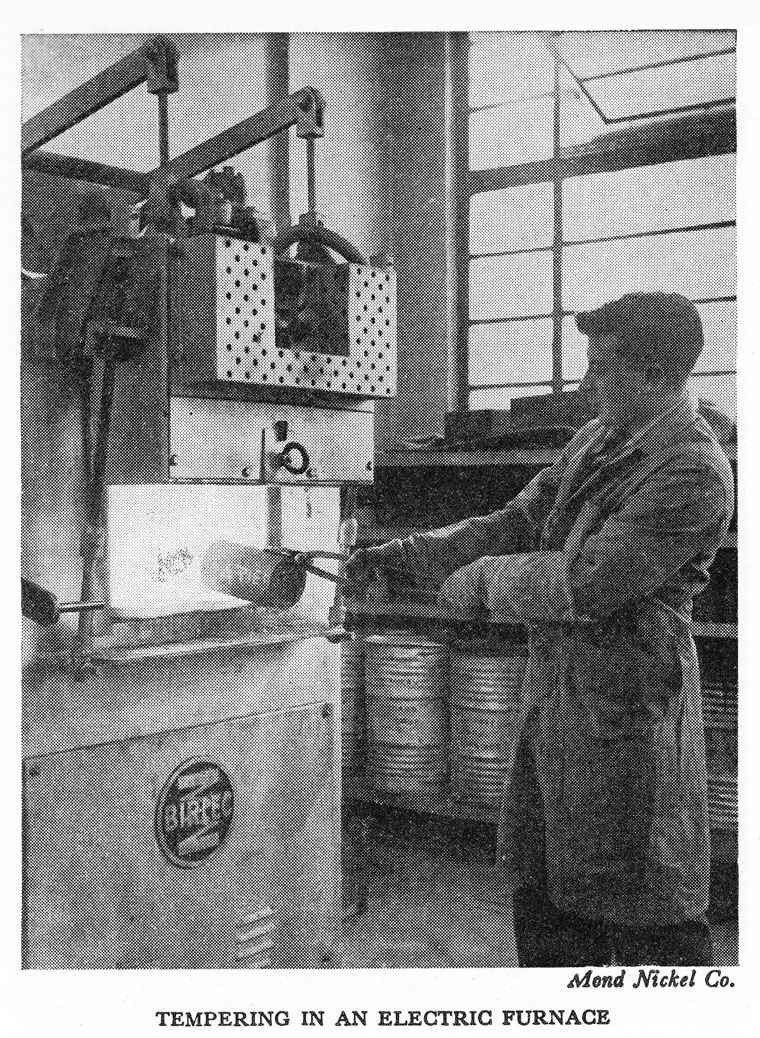 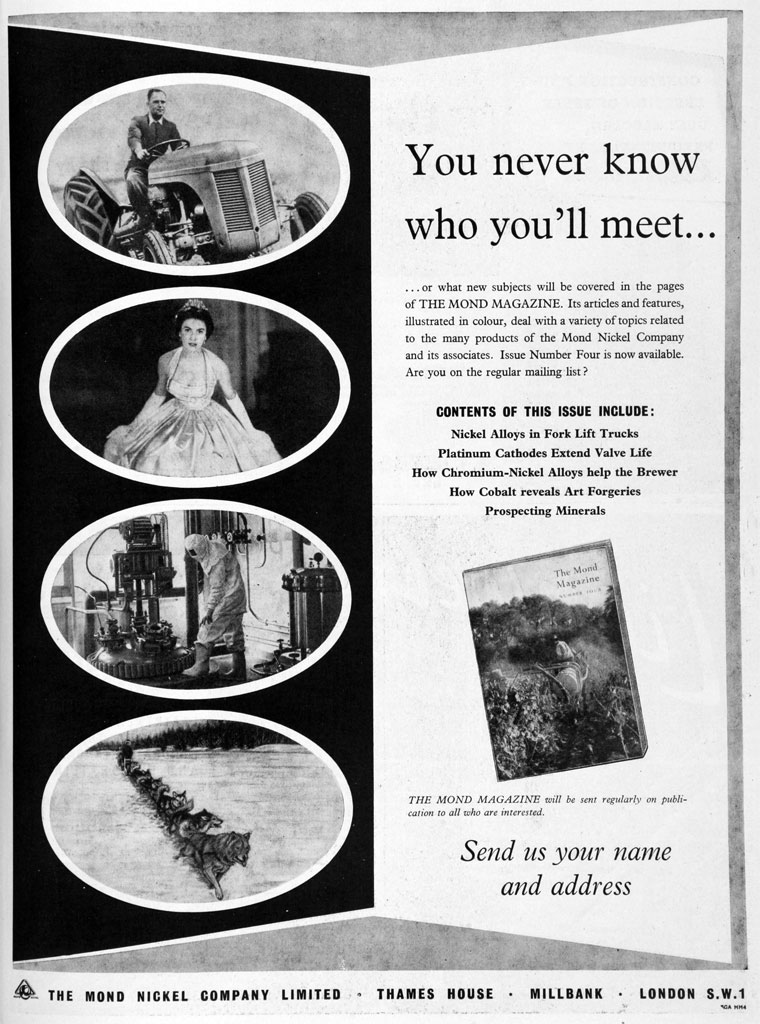 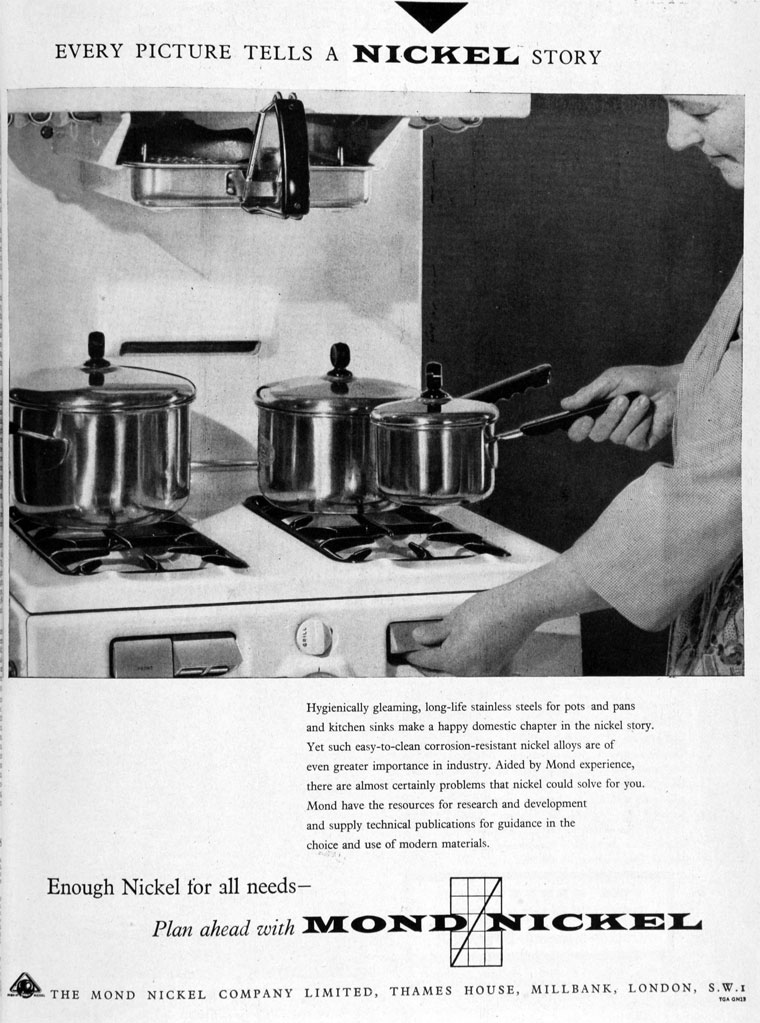 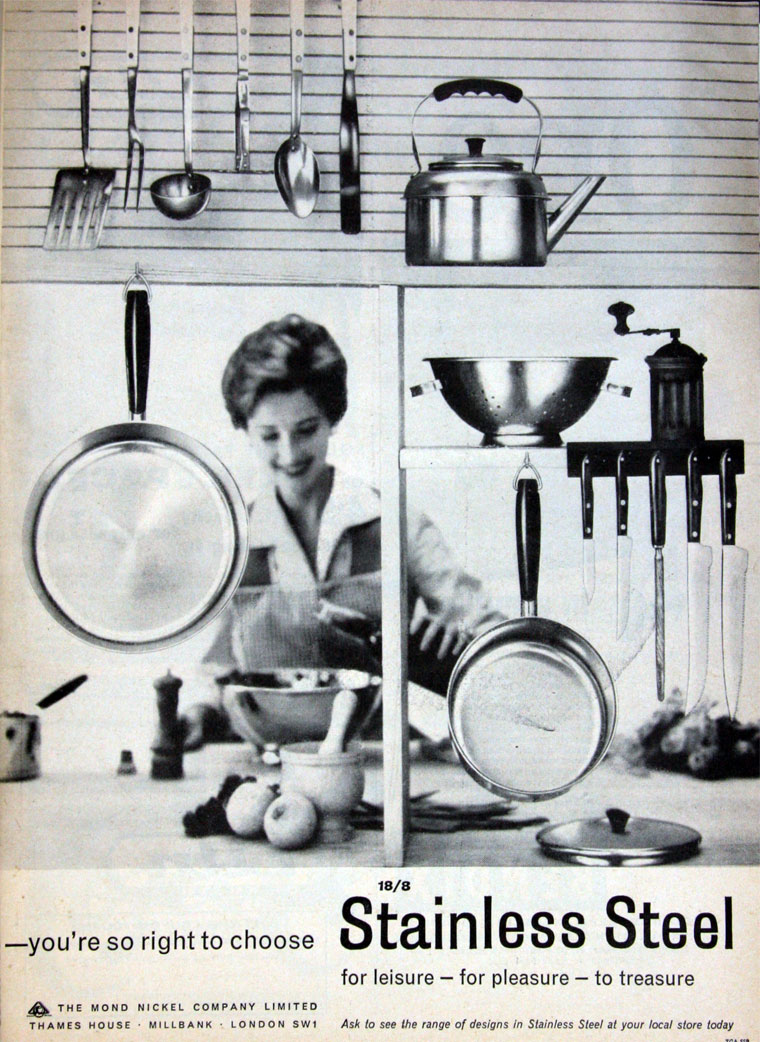 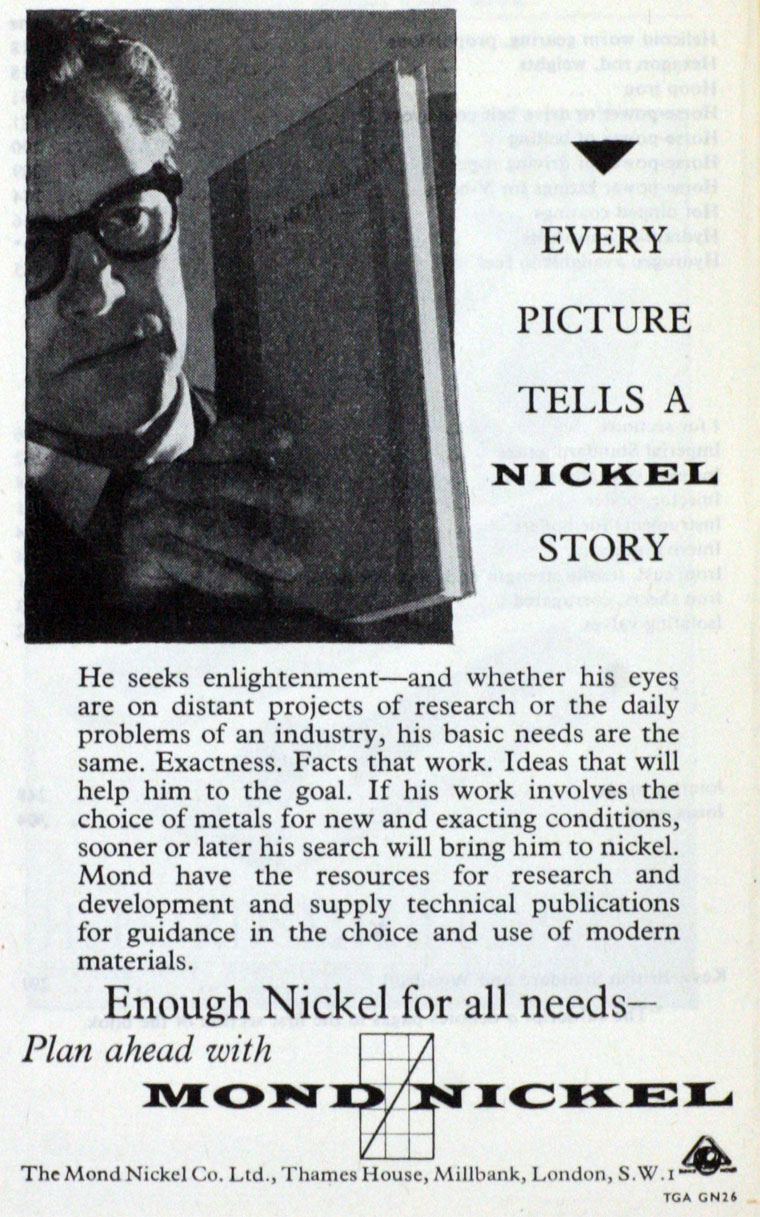 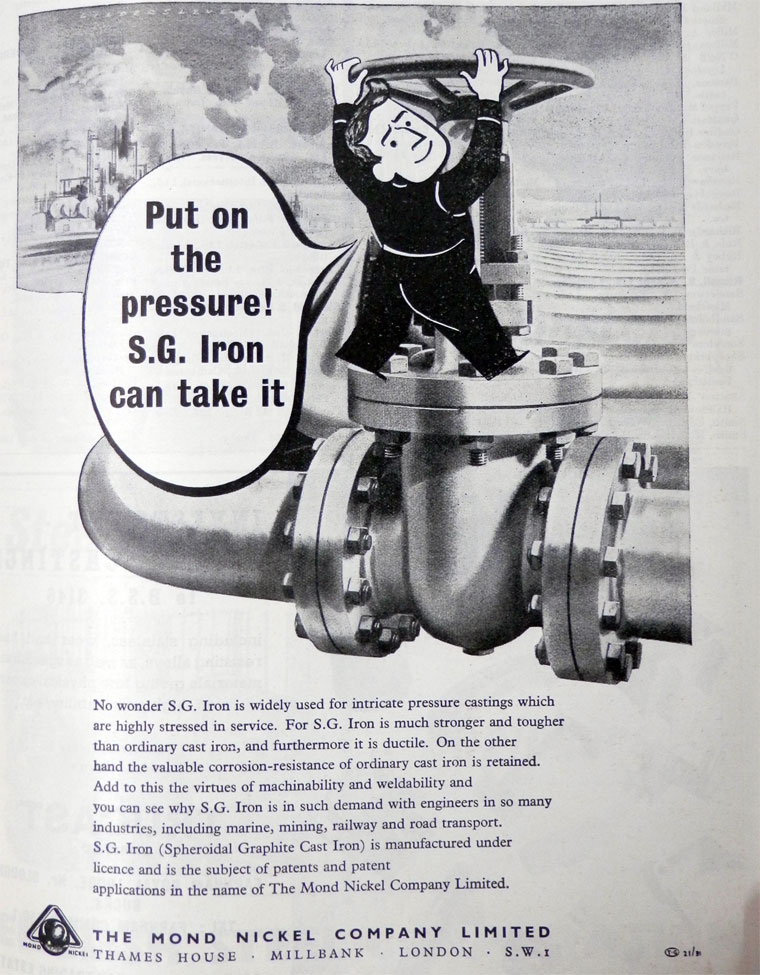 Ludwig Mond discovered nickel carbonyl, a gas formed from carbon monoxide and metallic nickel. Mond developed a valuable method known as the Mond process for extracting nickel from its ores by use of this carbonyl. In the process, carbon monoxide passing over the crushed and smelted ore containing nickel produces the volatile nickel carbonyl; this is decomposed to yield metallic nickel.

1900 The Mond Nickel Co was registered on 30 September, to carry on the business of mining and smelting nickel and copper ores and of refining them by the patent process of Dr. Ludwig Mond, with freehold and leasehold nickel and copper mines in Ontario, Canada, and a freehold property of about 33 acres at Clydach, near Swansea, where the refining works were situated. [3]

1908 Ludwig Mond died at his home in Cheshire on 11 December.

Both his sons, Robert Ludwig and Alfred Moritz Mond, and his grandson, Henry Ludwig Mond, were involved in the Mond Nickel Co.

1914 Nickel refiners and manufacturers of sulphate of copper and nickel. [4]

1928 Incorporated into the International Nickel Co of Canada Ltd