Grace's Guide is the leading source of historical information on industry and manufacturing in Britain. This web publication contains 139,014 pages of information and 225,320 images on early companies, their products and the people who designed and built them. 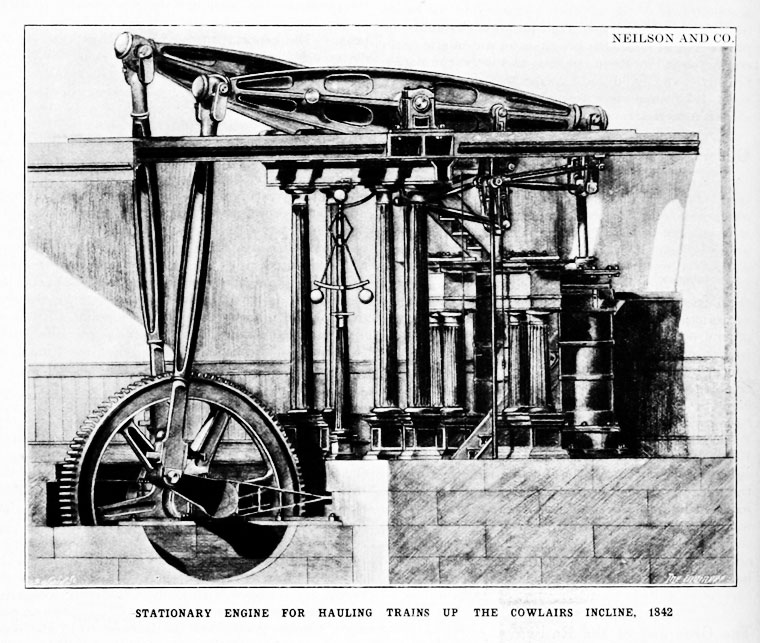 1842.Stationary Engine for Hauling Trains up the Cowlairs Incline. 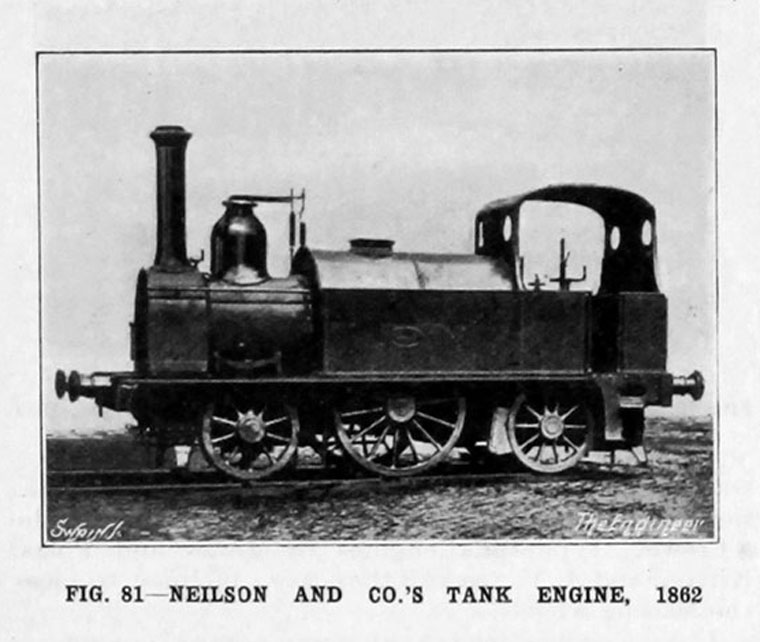 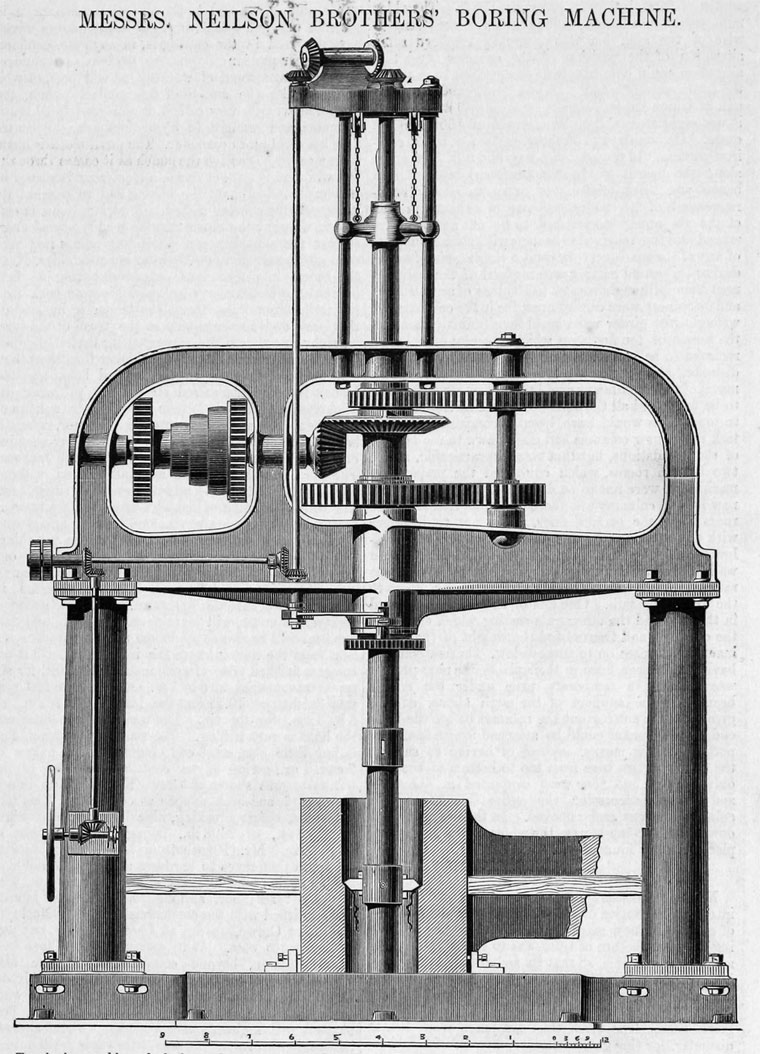 1875. For the London, Chatham and Dover Railway.

Neilson and Company of Hyde Park Locomotive Works, Glasgow was a locomotive manufacturer.

1836-7 The firm was founded at McAlpine Street by William Neilson (1810-1882) and James Mitchell for the manufacture of stationary and marine engines, largely financed by James Beaumont Neilson

1843 The co-partnership Kerr, Neilson and Co, engineers, boiler makers, iron boat builders, smiths and founders was dissolved; James B. Neilson would pay the debts; one of the witnesses was James Reid[2]

Walter developed the locomotive building business, wanting to build Scottish locomotives for Scottish railway companies who until then had to go to England for their locomotives.

By 1843 locomotive construction had begun. The first locomotives (0-4-0) were built. James Mitchell returned to Glasgow and ran the financial side of the business as a partner and the company became known as Neilson and Mitchell once more.

1845 Known as Neilson and Mitchell

1847 The partnership of Walter Neilson and James Mitchell, engineers and founders, of Hyde Park and Finnieston and City Road, London was dissolved; the business would be carried on by Walter Neilson under the name Neilson and Co[3]

1855 Stopped the manufacture of stationary and marine engines. By then, the company was building four-coupled tank engines, along with 2-4-0 and 0-4-2 tender locos. Some of these were for Cowlairs Works and St. Rollox Works but many more went to India.

1858 James Reid, who had been works manager, was replaced by Henry Dubs who had more experience of designing and building locomotives. Reid went to work for Sharp, Stewart and Co in Manchester. Henry Dubs was made a partner in the Neilson business.

1860 'An immense casting has been turned out by Messrs Neilson and Co., of the Hyde Park Foundry, Glasgow. It is intended as the sole-plate for an engine to be fitted up in a Government vessel, and (a proceeding rather unusual) cranking, framing, condenser, air pumps, and other pillar blocks for working the valve gearing, have all been cast in one mass, a work of no ordinary difficulty and risk. The casting was effected in the open air. The sole-plate is 21ft. 8in. long by 20ft. broad; in height it is upwards of 8ft. Its total weight something over 59 tons.'[4]

1861 Business had increased to such an extent that the works were moved from Hyde Park Street to Springburn, also named Hyde Park Works. The new shops were planned so that additions could be made without destroying the original scheme.

1862 Walter Neilson exhibited a radial steam hammer at the 1862 London Exhibition under his own name.

1864 Henry Dübs set up in business on his own at Queens Park Works, as Dubs and Co, taking a number of key staff with him. James Reid returned and became a partner.

Through the 1870s considerable numbers of 0-4-4 tank engines were built for the London, Chatham and Dover Railway, Midland Railway and the Great Eastern Railway. Many other types were built for railways at home and abroad, including fifty 0-4-2s for India. The company's first eight-coupled locos were built in 1872, also for India.

1879 the first 2-6-0s to run on British rails were built for William Adams of the Great Eastern Railway. One of these was named "Mogul" and this became the name applied to all locomotives of this wheel arrangement. (However, the name had already been employed in the USA about ten years earlier.)

1888 Awarded a gold medal at the Edinburgh Exhibition for an express bogie passenger engine, No. 123, built for the Caledonian Railway Company, where it had been running since 1886. During the trials from London to Scotland on the 8th of August, 1888, it ran between Carlisle and Edinburgh, a distance of 100 miles in 102 minutes.

1889 Engine for London and South Western Railway illustrated (no. 3197)

1894 Tank locomotive for Nippon railway. Illustration and details in 'the Engineer'

1898 The name changed to Neilson, Reid and Co

1903 However, by this time, intense competition from America meant that small companies were unable to survive. There was a need for amalgamation, and in 1903 Neilson Reid combined with Dubs and Co and Sharp, Stewart and Co to form the North British Locomotive Co, the largest locomotive company in the world, outside of the United States