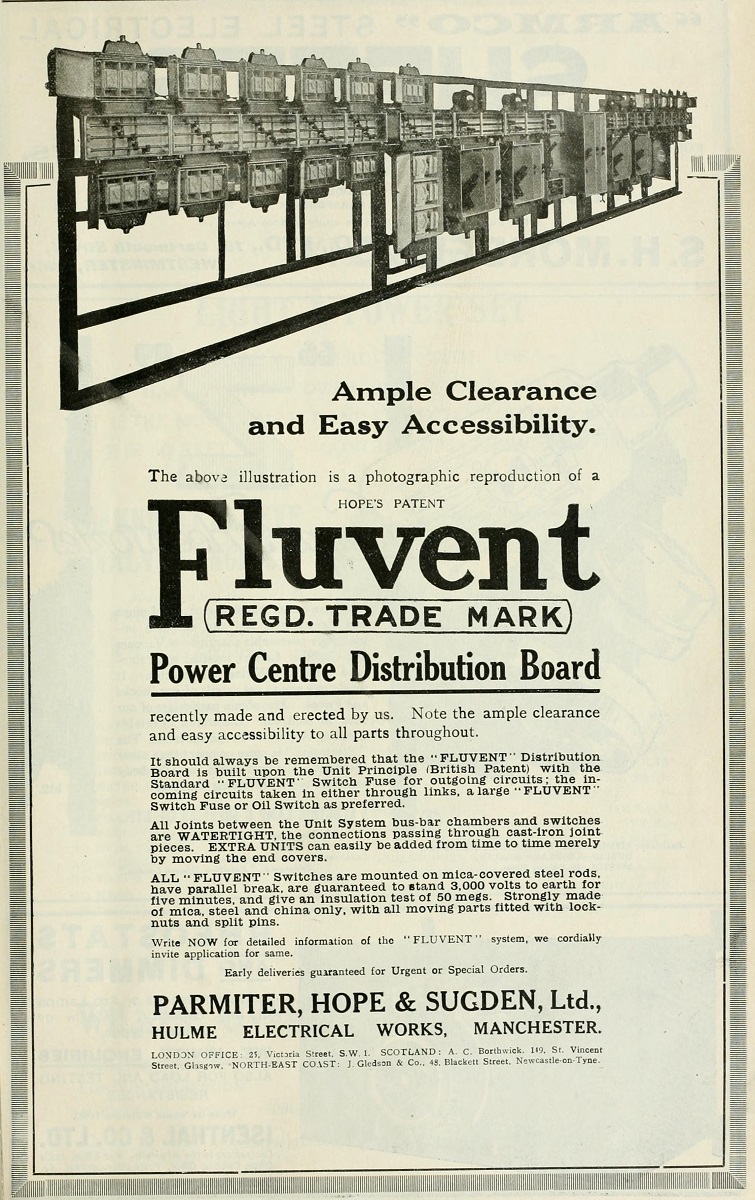 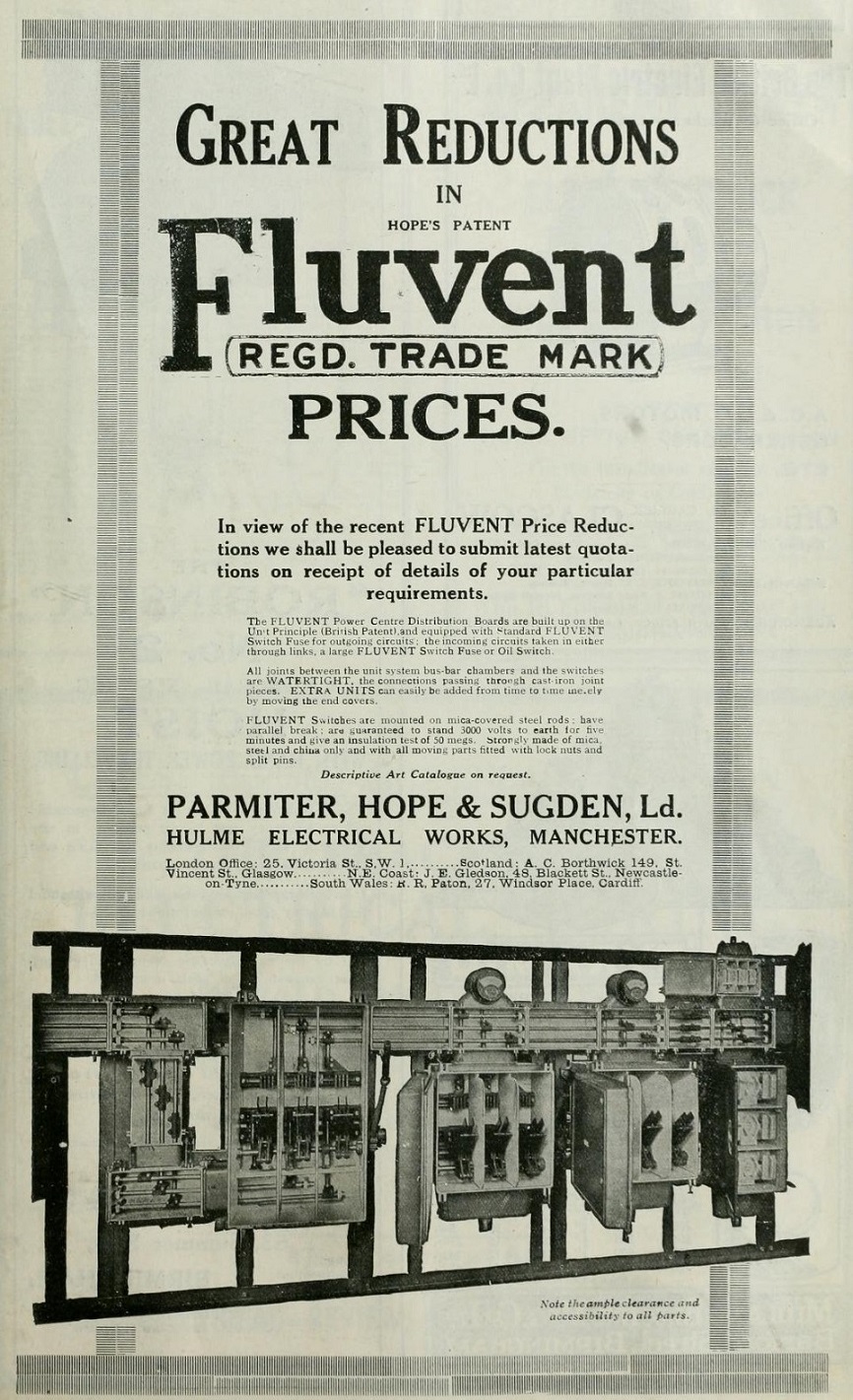 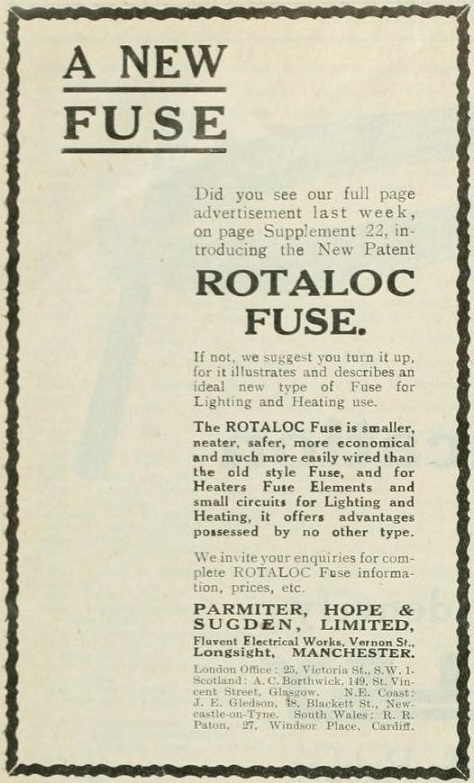 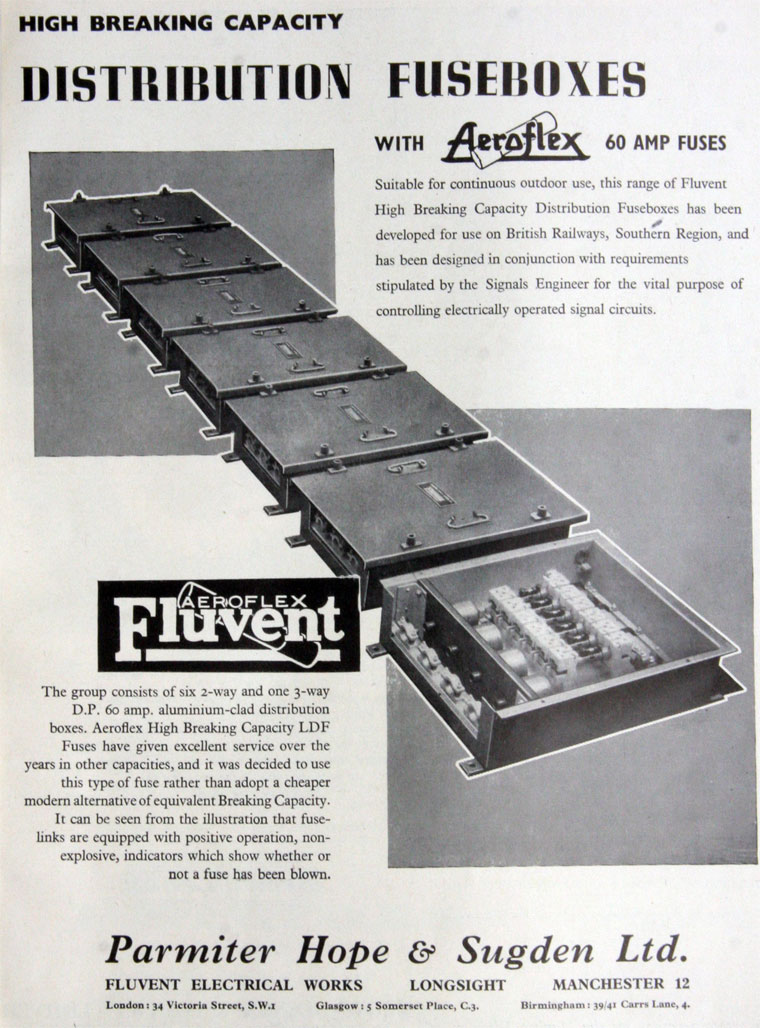 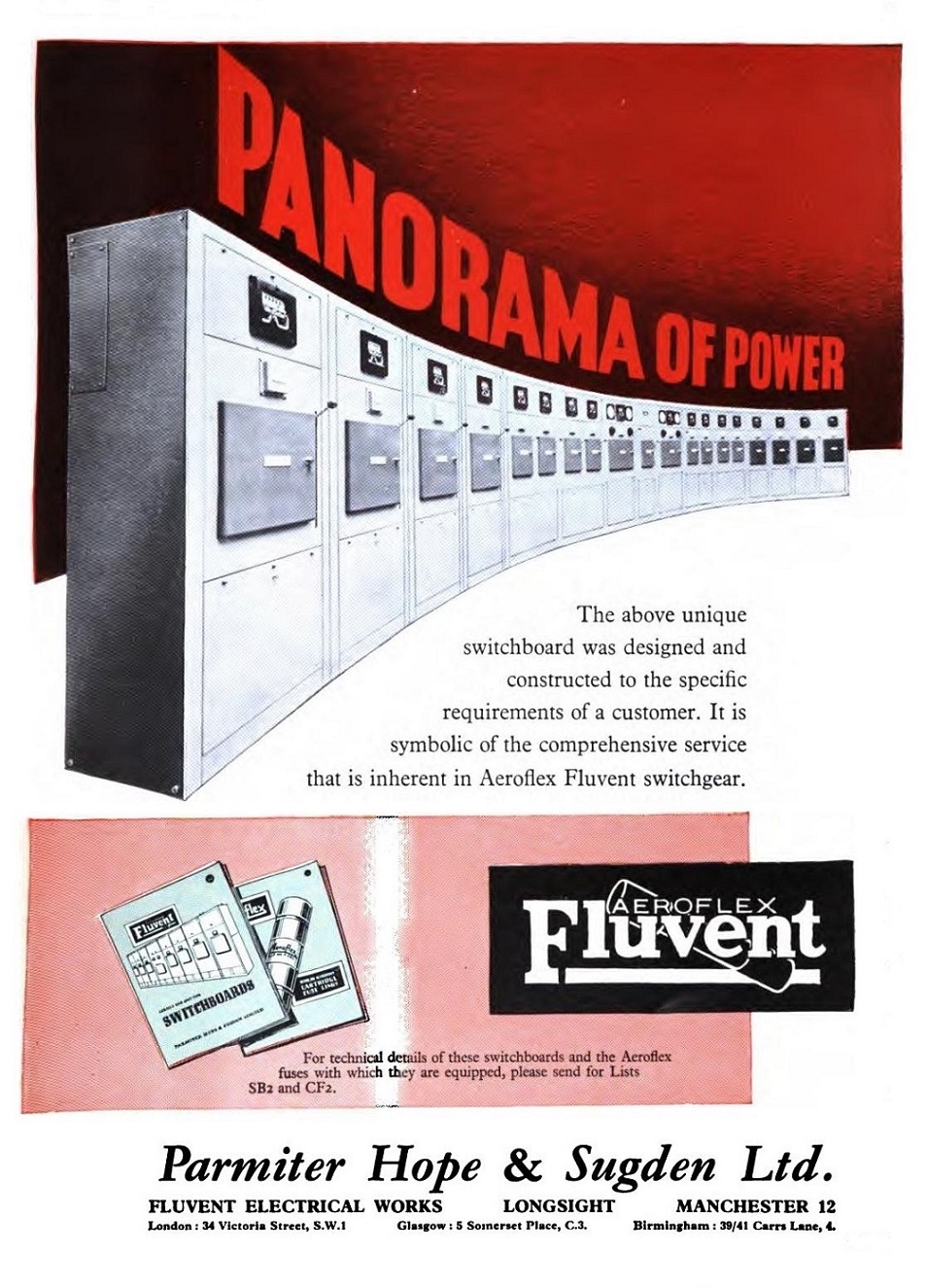 1899 Vernon Hope acquired Donnison, Parmiter and Barber. Mr. Parmiter dropped out but his name remained, the firm then trading as Parmiter and Hope.

1901 Mr. Hope was joined by Vincent Henry Sugden, and the firm became Parmiter, Hope and Sugden.

1946 Public issue of shares. Vernon Hope is Chairman and MD. Maker of the Aeroflex fuse. [2]