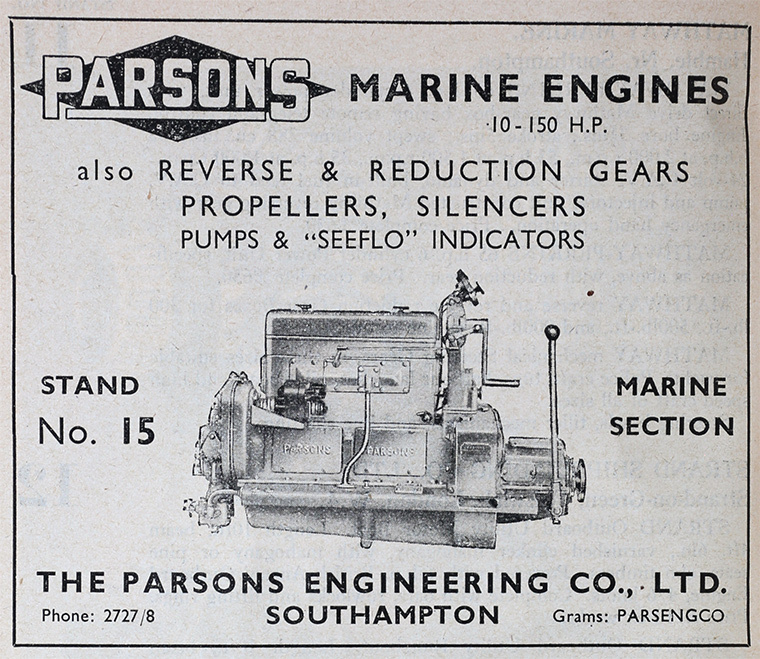 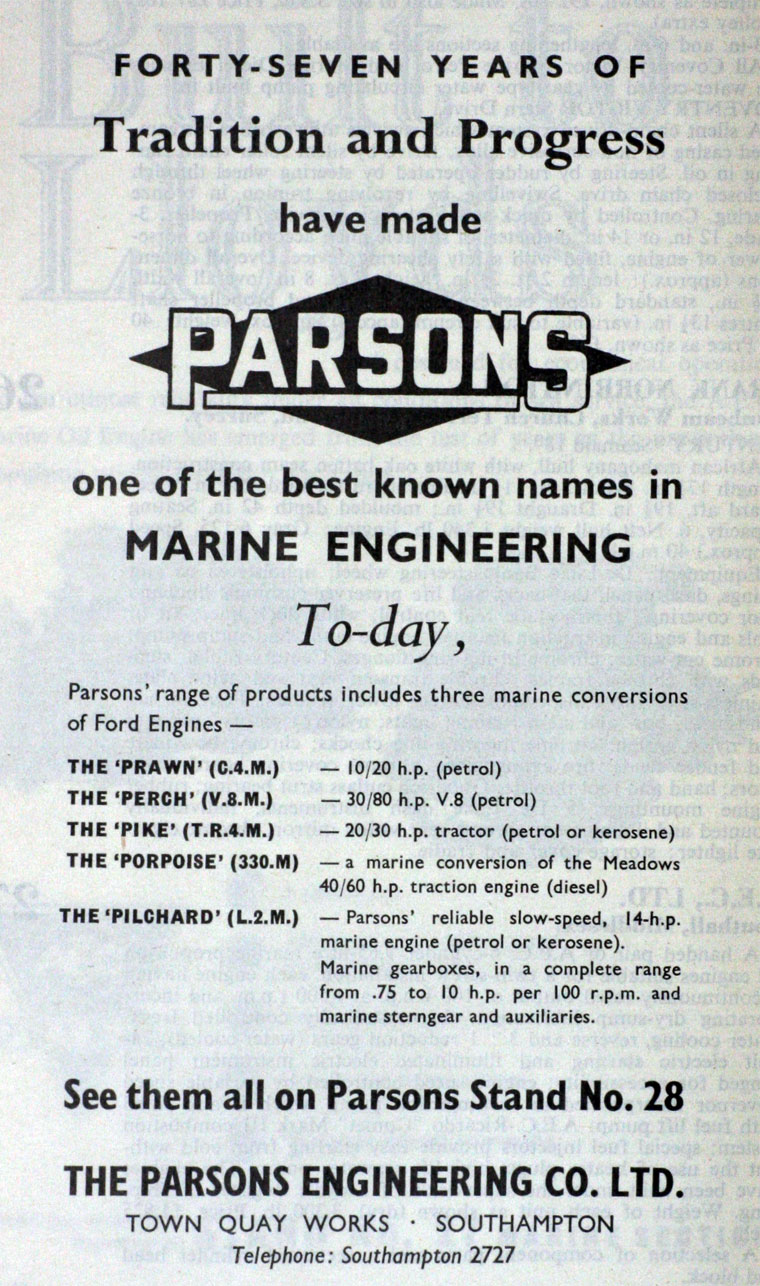 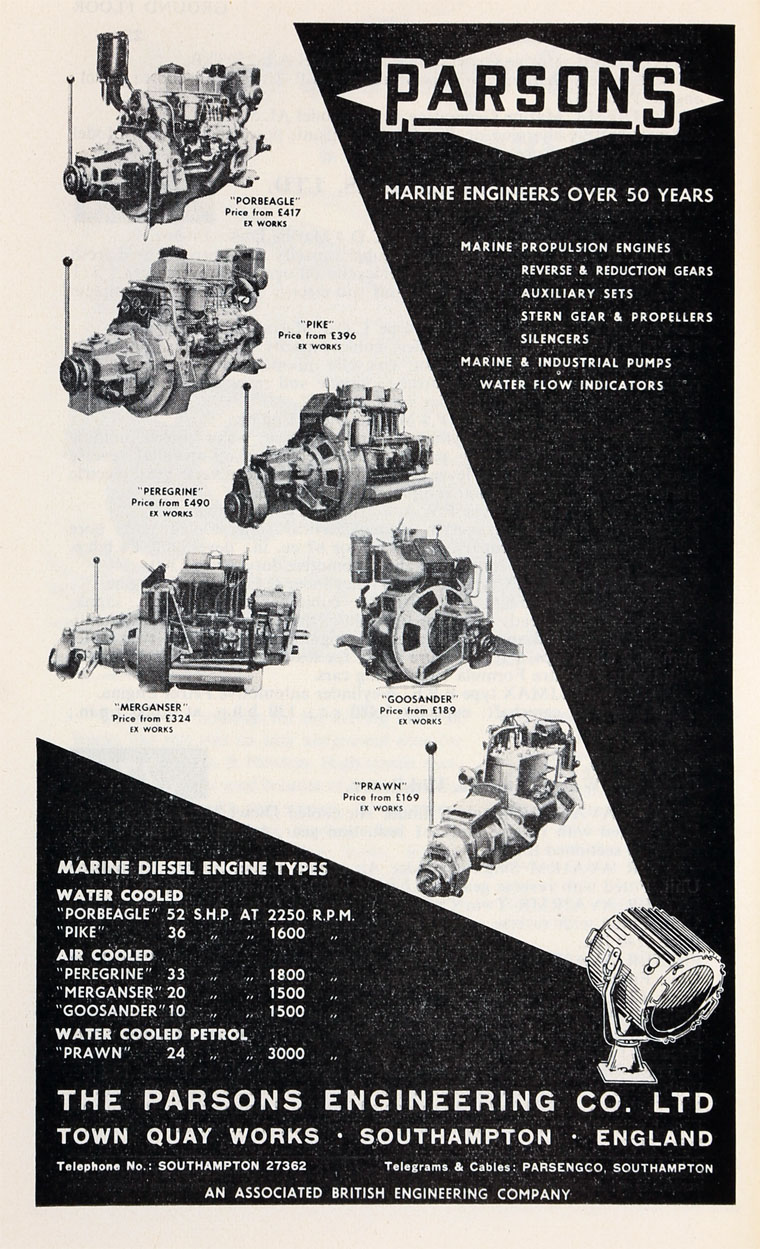 1908 Company made private. Name was "successively changed" to present one.

1946 Reconverted to public company. Chairman and Managing Director was Harry Parsons; another director was Charles Pamphilon Parsons, a director of Parsons and Swayne[2]. The company's engines were used in the lifeboats or emergency lighting plants of 20 of the world's shipping lines. Had recently converted Ford engines for marine use in fast vessels. Also made moderate speed heavy duty engines for general purposes. Finance required for rebuilding and expansion of the works.

1964 Described as specialising in the design and production of high-quality marine steering gear, marine reverse/reduction gears for power transmission in the higher ranges, and other miscellaneous marine equipment. Acquired Mathway Marine Ltd of Hamble. Mathway Marine will in future operate from Parsons' existing premises in Southampton.[5]