Grace's Guide is the leading source of historical information on industry and manufacturing in Britain. This web publication contains 149,786 pages of information and 235,419 images on early companies, their products and the people who designed and built them. 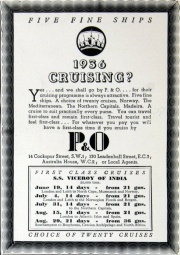 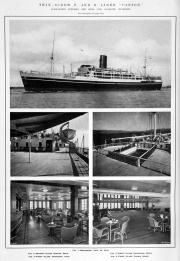 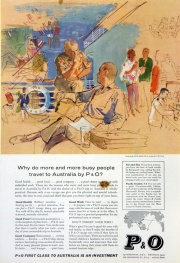 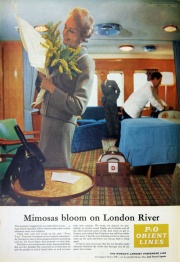 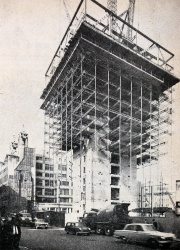 1966. P. and O. Group head office construction in the City of London.

1822 Brodie McGhie Willcox and Arthur Anderson proposed a steamer service to India. The Governor of Calcutta, Lord Amherst, promised a reward for the first journey in less than 70 days.

1835 Captain Richard Bourne RN, MD of the Dublin and London Steam Navigation Co, negotiated with the Spanish government aiming to start a steamer service to the Iberian peninsula.

Francis Humphreys (sic), marine engineer of the company, originated the concept of the trunk engine[2]

1837 the Governor-General of India, Lord William Bentinck, asked Willcox and Anderson if they could establish a service from Suez to India.

c.1840 Incorporated the Transatlantic Steamship Co including its steam vessels, the Great Liverpool and the Oriental.

1840 Bought a small river boat for the Nile called the Lotos which was fitted with oscillating engines by John Penn. The tests were inspected by Captain Bourne and his son, John Bourne, on behalf of the company, which then ordered 3 sea-going vessels using that type of engine[4]. Another company vessel on the Nile was the Cairo.

1842 Connected to/from India by means of an overland journey to Port Suez and thence by ship.

1850s The company took advantage of advances in shipbuilding technology such as iron hulls and screw propellers, rebuilding or refitting the fleet. Andrew Lamb was superintendent engineer[5]

When the Suez Canal opened, the company found it had the wrong type of ships so it had to order larger and faster ships to stay competitive[7]

1904 The company began cruising as a response to falling passenger numbers in the traditional low season for liner voyages. The Company invested heavily in the new venture but by 1910 the income from the touring business was still showing a poor return[8]

1910 Purchased the fleet and goodwill of the Blue Anchor Line which became the P&O Branch Line providing an alternative route to Australia, via Africa and the Cape, greater cargo capacity and a new and different class of passenger.

1916 Acquired the New Zealand Shipping Co and the Federal Line

1958 Formed the trans-Pacific service which was called the Orient and Pacific Line.

1960 P&O and Orient Line were formally merged in 1960 to form P&O-Orient Lines; the name Orient and Pacific Line was dropped.

1971 Major restructuring of the P&O Group into "operating divisions". The P&O General Cargo division was formed to operate the cargo ships as one fleet including the remaining cargo liners and passenger/cargo ships in the Indian Ocean and the Gulf; the educational cruising was operated by the new Passenger Division.

1972 the Strick Line was purchased

1974 Acquired Bovis, a diversification of interests outside shipping.

1983 in the face of a hostile bid from Trafalgar House Plc, salvation lay in further diversification and a merger with Sterling Guarantee Trust.

1990s Port operations in and around Australia and Logistics became an increasingly important focus as the company sold many of its "non-core" assets.

2000 P&O's cruising operations were demerged in October 2000 as an independent company, P&O Princess Cruises, which was later acquired by Carnival Corporation in 2003.

2006 P&O was one of the largest port operators in the world; together with P&O Ferries, P&O Ferrymasters, P&O Maritime Services, P&O Cold Logistics and its British property interests, the company was acquired by DP World.