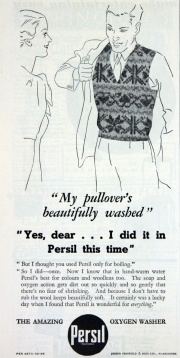 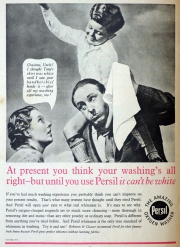 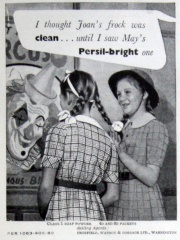 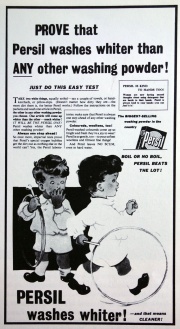 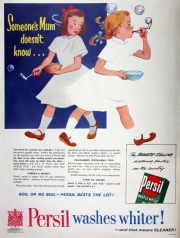 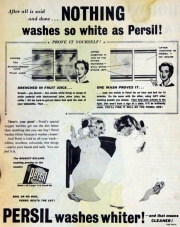 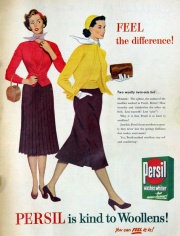 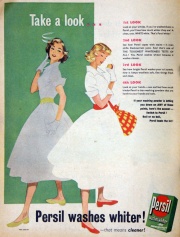 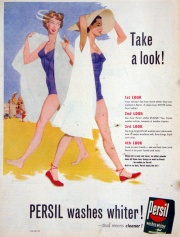 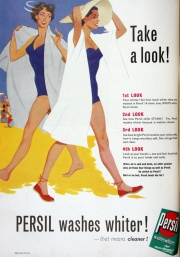 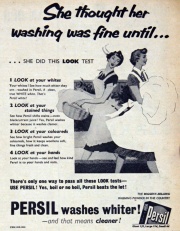 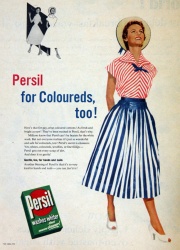 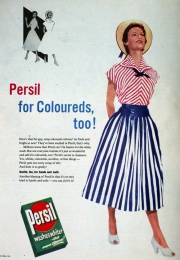 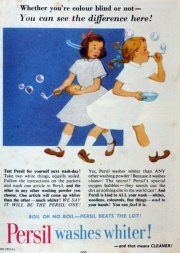 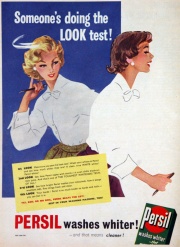 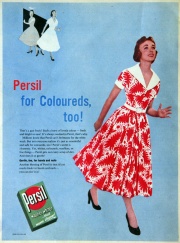 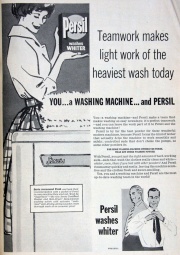 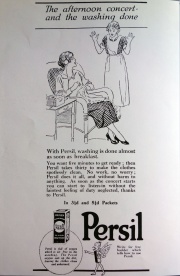 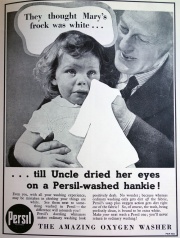 Persil is a brand of laundry detergent manufactured and marketed by both Henkel in some countries (including Germany, France the Netherlands, Poland and most other European countries in addition to Middle East countries as Egypt, Lebanon, Saudi Arabia and Syria) and by Unilever in the UK, France and the Republic of Ireland, since acquiring rights to the brand in 1931, in others.

The name is derived from two of its original ingredients, perborate and silicate, but the name is deemed unsuitable as an international brand, as it is hard to pronounce in some languages.

Both Henkel and Unilever manufacture their own formulations, with Henkel's being the original.

Persil is Unilever's premium brand in the United Kingdom and the Republic of Ireland. It is marketed as a powder, liquigel, "Small and Mighty" highly concentrated liquid detergent, liquid capsules and tablets. It is sold in biological, non-biological (with and without enzymes respectively) and colour care (biological, bleach-free) formulations. The range also includes specialist care products for wool and silk items. In the UK only, Unilever also uses the Persil brand to market a range of washing up liquid.

1907 Persil was first invented. It is notable because it was the first commercially available laundry detergent.

1909 Persil introduced to the UK market. The rights were acquired by Joseph Crosfield and Sons.

1919 Brunner, Mond and Co sold its shares in Joseph Crosfield and Sons to Lever Brothers[2].

2007 In April, Henkel announced a global relaunching of the Persil brand to mark its 100th anniversary. Local brand names Le Chat, Dixan, and Wipp will also be visually redesigned shortly after Persil. This anniversary also marks 100 years of self-acting detergents which is what Persil pioneered at its conception.