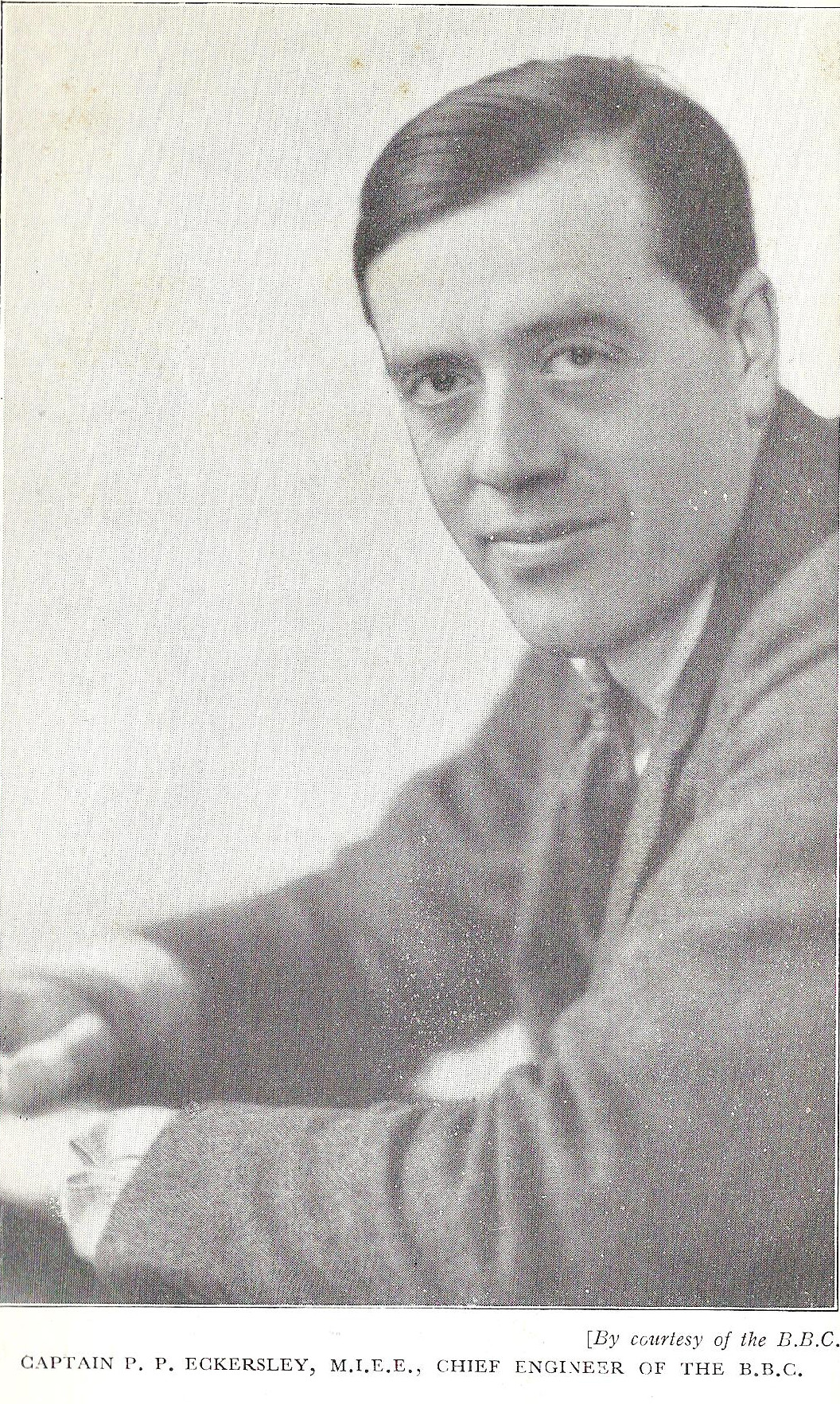 1892 Born on 6 January in Puebla, Mexico, the third son of (William) Alfred Eckersley, a railway engineer, and his wife, Rachel.

Educated at Bedales School, he was apprenticed to Mather and Platt before entering Manchester Municipal College of Technology in 1912.

1915 Gained a certificate of electrical engineering.

1915 Served with the Royal Flying Corps as a wireless equipment officer, mainly in Egypt and at Salonika; he was then sent to the Wireless Experimental Station at Biggin Hill where he conducted experimental work on duplex telephony for aircraft.

1919 Joined Marconi's Wireless Telegraph Co as the Head of the Experimental Section, Air­craft Department at Writtle, near Chelmsford. During his time in this role, he designed the Croydon Airport ground station transmitter.[1]

1921 On the merger of the Aircraft Department and the Field station department, he became head of the Design department.[2]

1922 Starting from the 14th February 1922, Capt. Eckersley and his team conducted the first regular broad­casts in the United Kingdom from the experimental station 2MT at Writtle.[2]

1924 Elected Member of the Institution of Electrical Engineers[3]

Eckersley was in charge of "spreading service", and of implementing his regional plan for radio transmission.

Played a prominent part in the first international meetings on wavelength allocation, and in the preparations for Empire broadcasting.

1929 Compelled to resign from the BBC after a painful divorce.

Worked as a consultant to various companies

1931 One of the founders of Rediffusion; he suggested the company name.

1930 Married for a second time, to Frances Dorothy Clark.

1939 When war was declared Dorothy and the son of her first marriage remained in Germany, where they earned a living broadcasting in English on German radio. British Intelligence kept a file on Peter.

Author of Captain Eckersley Explains. A Reply to his Numerous Correspondents (1924); All About Your Wireless Set (1925); and The Power behind the Microphone (1941).